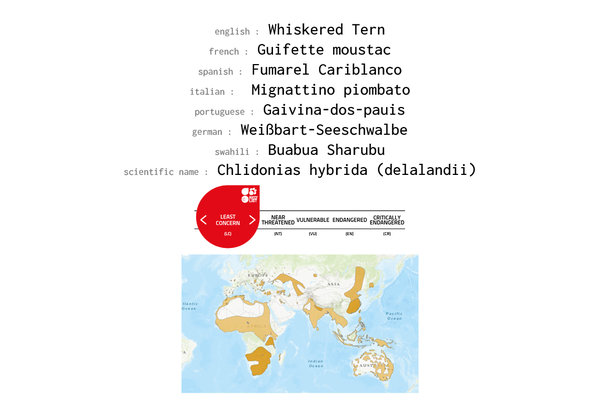 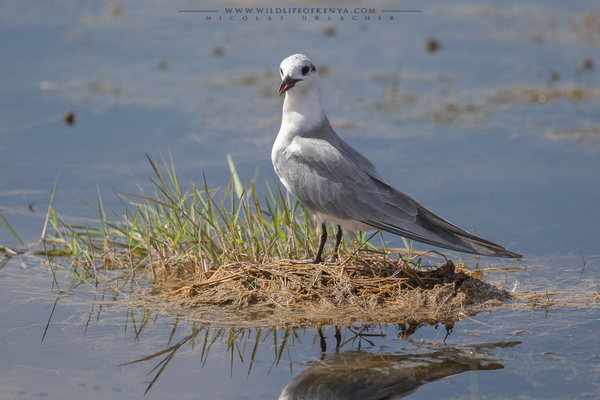 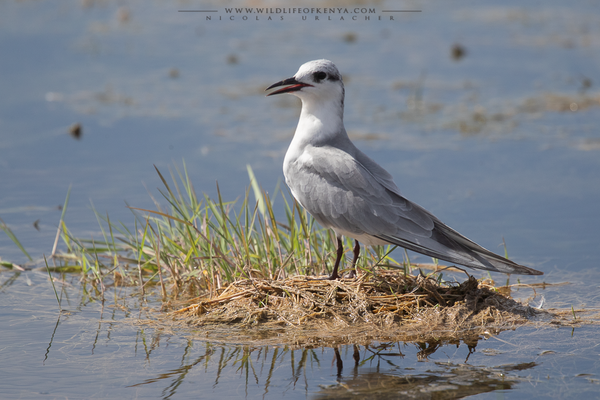 The whiskered tern (Chlidonias hybrida) is a tern in the family Laridae. The genus name is from Ancient Greek khelidonios, "swallow-like", from khelidon, "swallow". The specific hybridus is Latin for hybrid; Pallas thought it might be a hybrid of white-winged black tern and common tern, writing "Sterna fissipes [Chlidonias leucopterus] et Hirundine [Sterna hirundo] natam”.

This bird has a number of geographical races, differing mainly in size and minor plumage details.

C. h. hybrida breeds in warmer parts of Europe and the Palearctic (northwestern Africa and central and southern Europe to southeastern Siberia, eastern China and south to Pakistan and northern India). The smaller-billed and darker C. h. delalandii is found in east and south Africa, and the paler C. h. javanicus from Java to Australia.

The tropical forms are resident, but European and Asian birds winter south to Africa and the Indian Subcontinent. A tagged whiskered tern was spotted at Manakudi Bird Sanctuary, Kanniyakumari District of Tamil Nadu, India in the month of April 2021.[3]

This species breeds in colonies on inland marshes, sometimes amongst black-headed gulls, which provide some protection. The scientific name arises from the fact that this, the largest marsh tern, show similarities in appearance to both the white Sterna terns and to black tern.