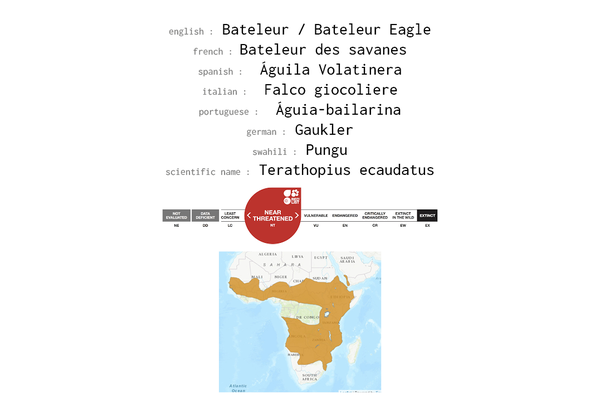 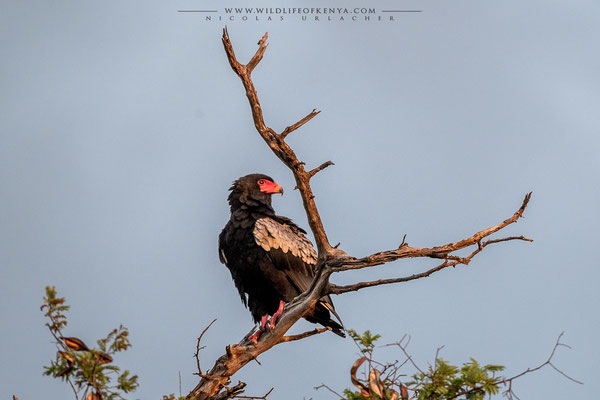 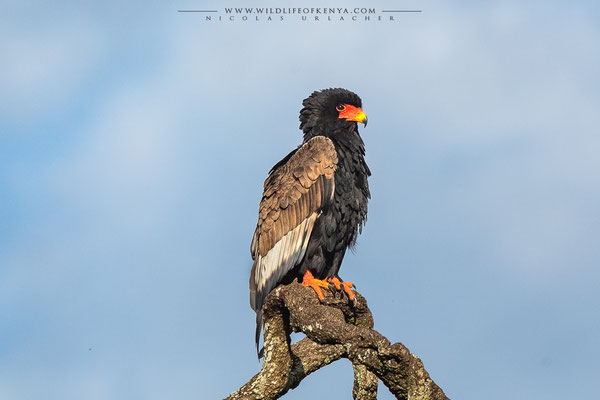 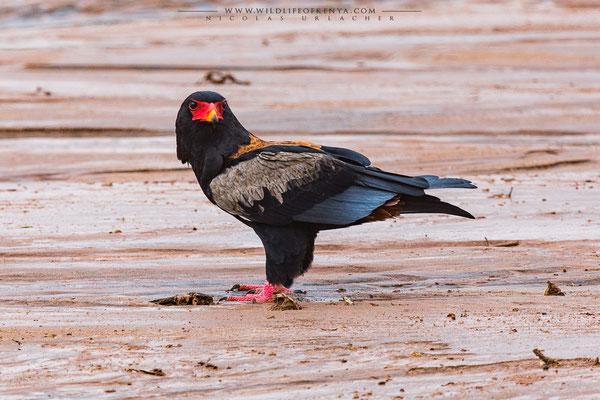 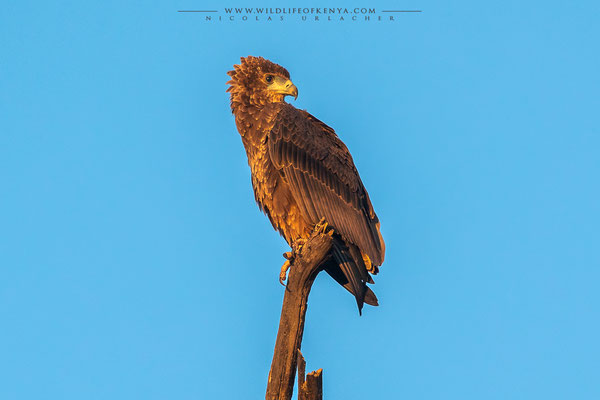 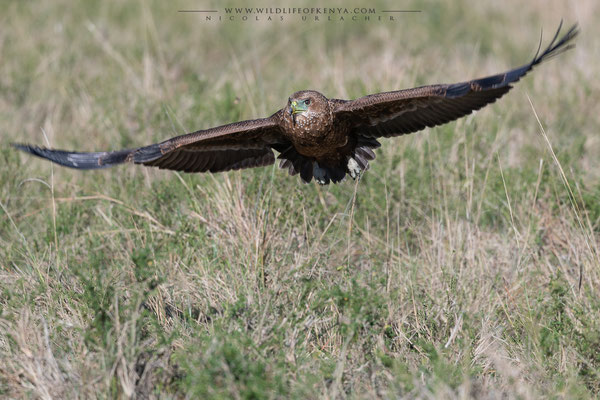 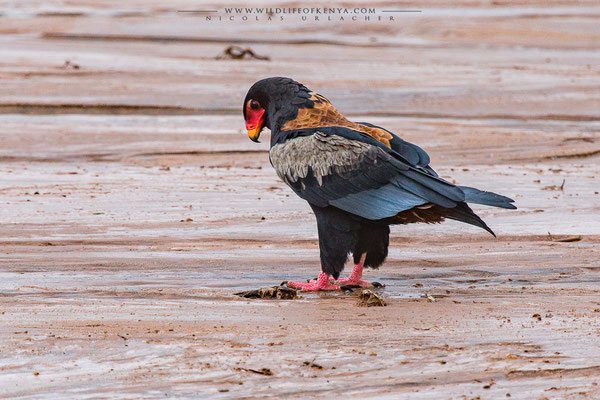 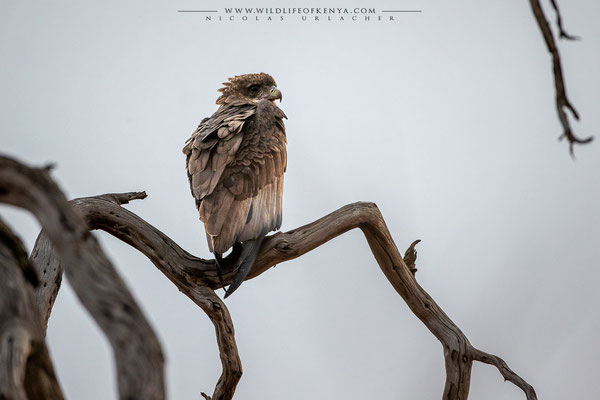 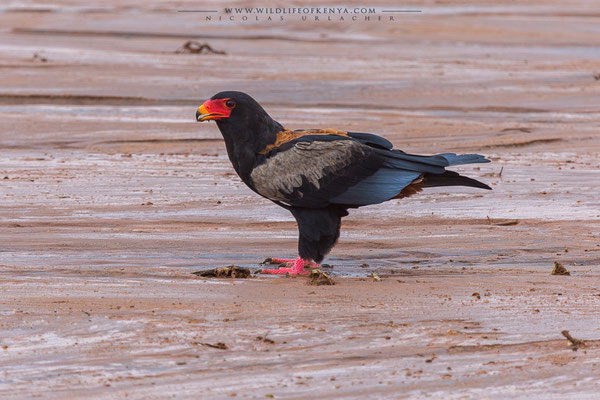 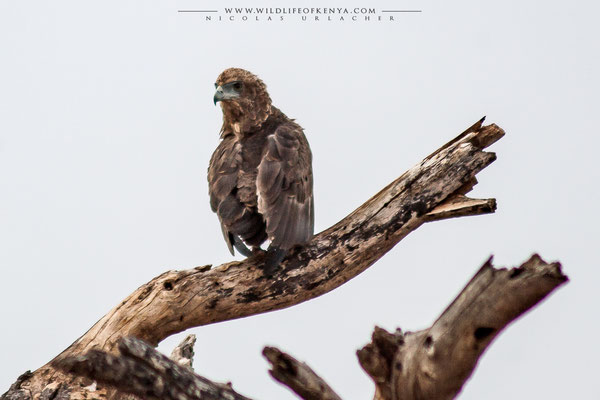 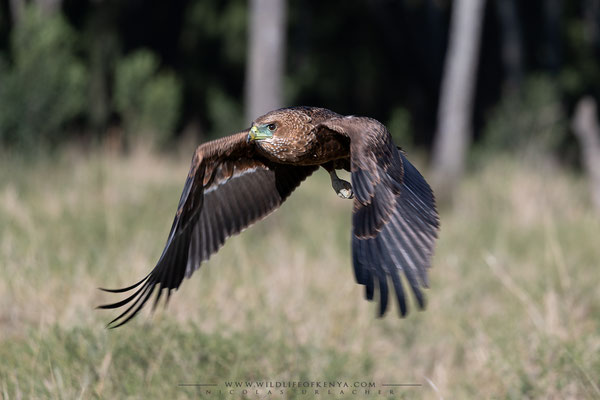 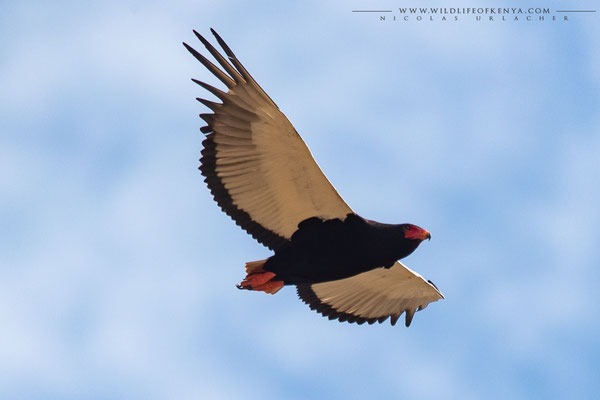 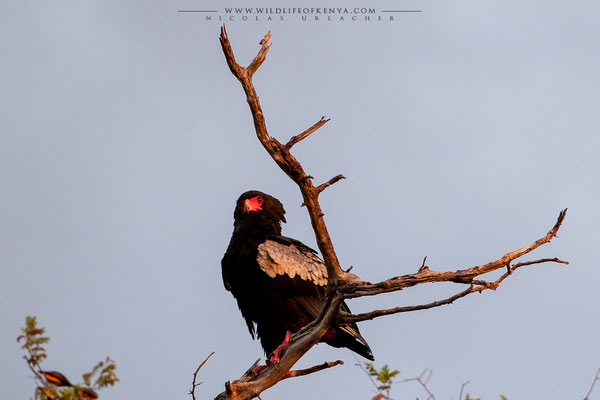 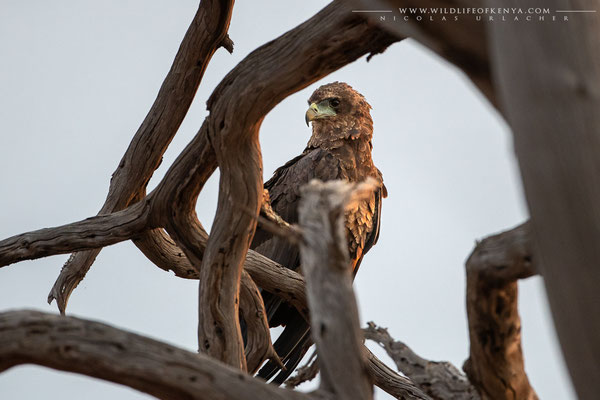 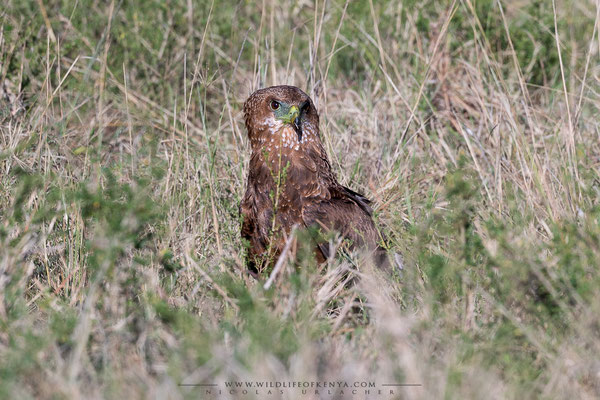 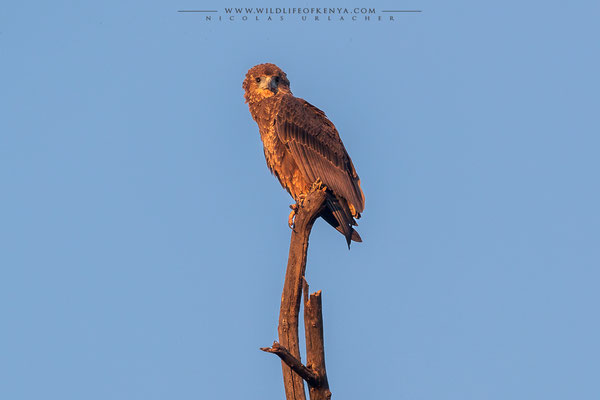 The Bateleur (Terathopius ecaudatus) is a medium-sized eagle in the family Accipitridae. Its closest relatives are the snake eagles. It is endemic to Africa and small parts of Arabia. "Bateleur" is French for "street performer". The bird's range has diminished significantly in recent decades, possibly due to poisoning, and as such has been confined mostly to conservation areas such as national wildlife parks.

This eagle is a solitary, tree-nesting species with a large home range. The Bateleur is diurnal, foraging over a huge range (55–200 km²) and hunting over a territory of approximately 650 km2 a day. Bateleurs are hunters and scavengers, they will attack other species for food and will scavenge carrion. The bird is adept at finding smaller carcasses before most other scavengers. The Bateleur will hunt birds and their eggs (mainly doves and pigeons), small reptiles, small mammals (like rodents, genets and mongooses) and insects. Its prey is often stolen by the tawny eagle (Aquila rapax), and the Bateleur may attempt kleptoparasitism of white-backed vultures.

Bateleurs frequently enter water-bodies for a bath and then open their wings to often sunbathe. Standing upright and holding their wings straight out to the sides and tipped vertically, a classic 'phoenix' pose as they turn to follow the sun. Bateleurs will lie on the ground with their wings spread, exposing the feathers to direct sunlight, warming the oils in the feathers. The bird will then spread the oils with its beak to improve its aerodynamics. Bateleurs may also be seen "praying" allowing ants to crawl over the wings and feathers, collecting bits of food, dead feather and skin material. When covered in ants, the Bateleur then ruffles its feathers, startling the ants, which react by secreting formic acid as self-defense. This in turn kills the ticks and fleas, ridding the host of its parasites.