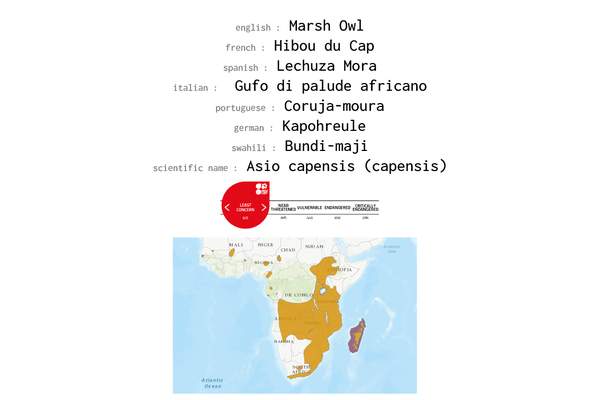 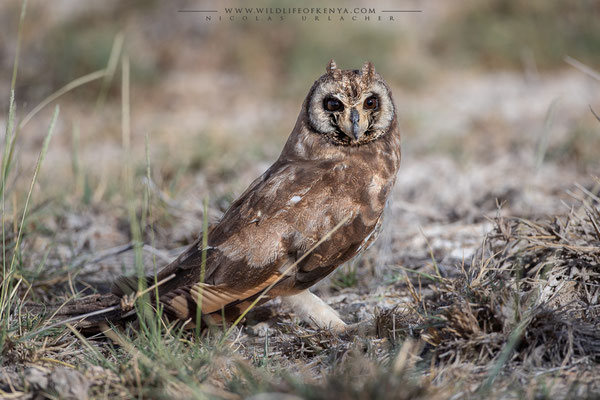 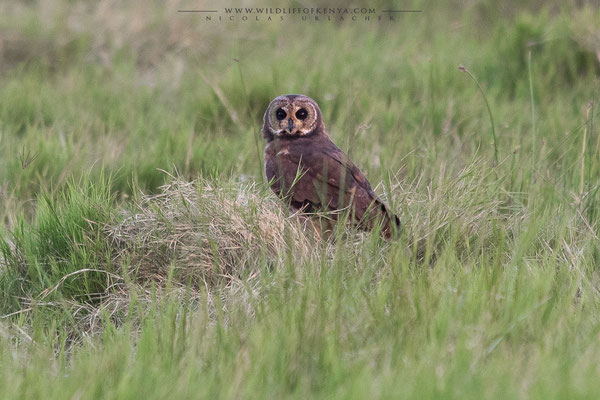 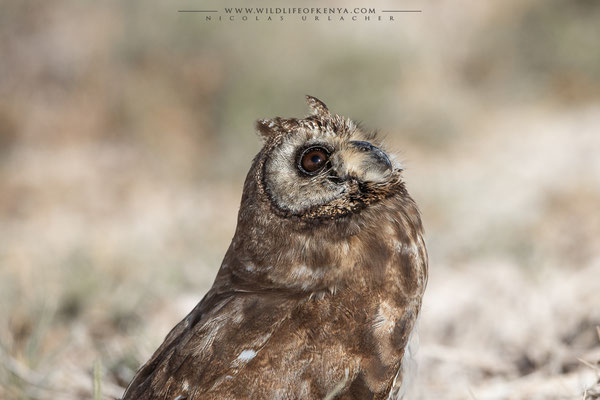 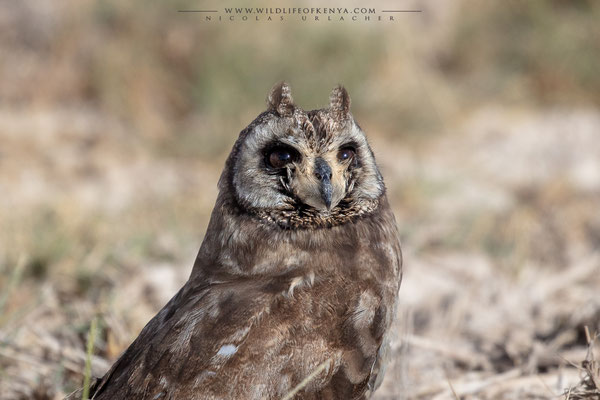 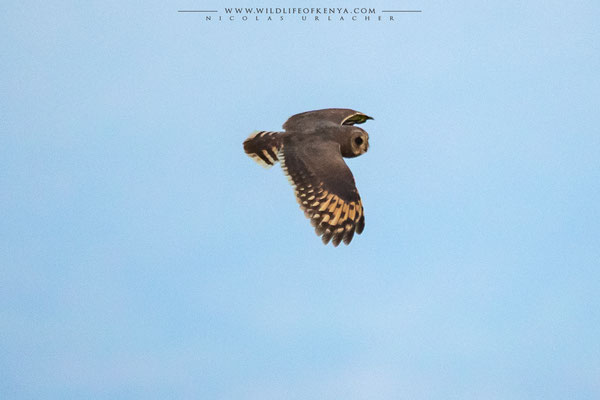 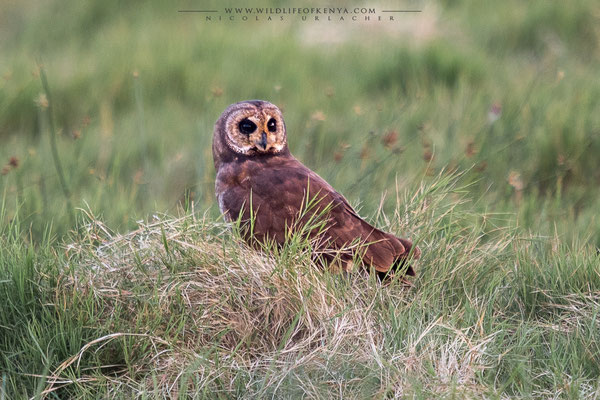 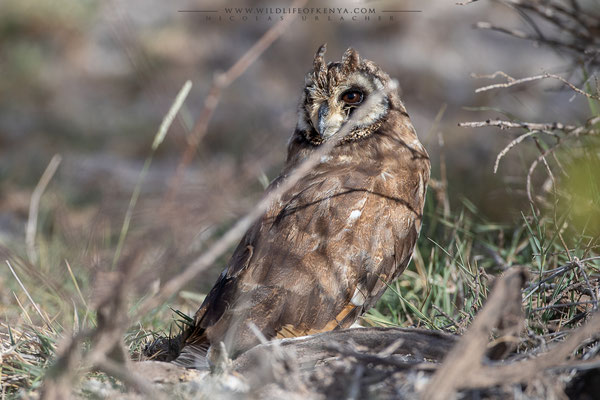 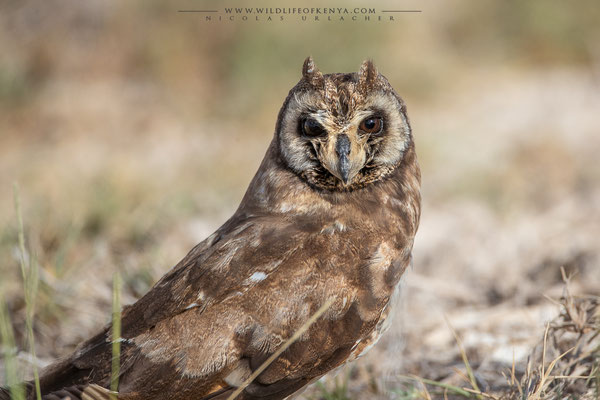 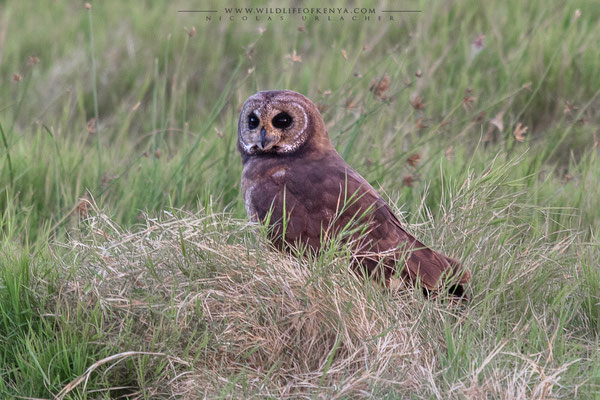 The marsh owl (Asio capensis) is a medium to large species of owl in the family Strigidae. The Marsh owl's habitat preference is open grassland, marshlands and short scrub, typically near marshy grounds, vleis or dams. Marsh owls prefer to nest on the ground and they have also been observed leave certain areas during drought stricken times. Their preferred habitat tends to be vulnerable to destruction due to agriculture or overgrazing.

The owls are monogamous and often territorial. They may nest in loose colonies. Territories are normally 0.8–2.5 square km but may be even smaller in denser populations. Hunting areas of neighboring pairs may overlap. The nest is typically a hollow within a patch of grass, in which the grass or shrubs are pulled over to form a canopy, and the bottom is lined with dry foliage

Marsh owls are typically found singly or in pairs. They are usually nocturnal however they have been recorded to be active during early morning and late afternoon.

Marsh owls are not listed as vulnerable or endangered, but their population is on the decline mainly due to loss of habitat through urbanization. Marsh Owls commonly breed during the winter months when fires occur. They nest on the ground in habitat that typically includes marshes, savannas and grasslands.