Back to Birds of Prey 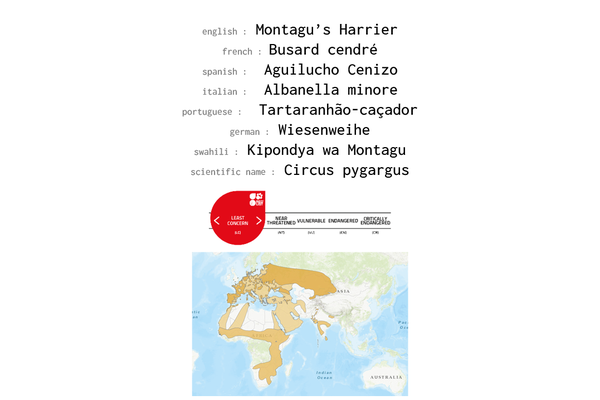 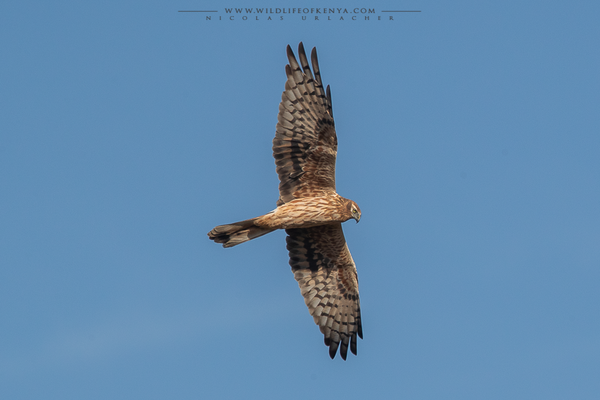 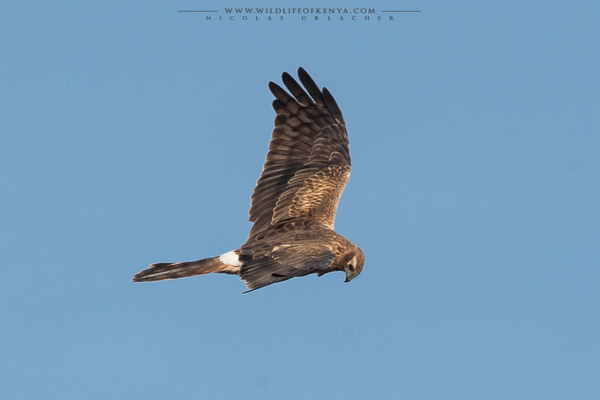 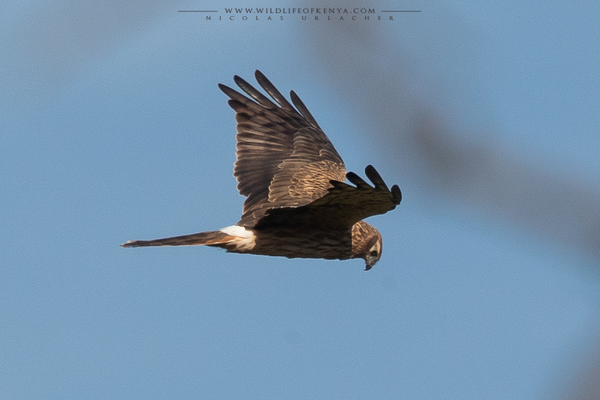 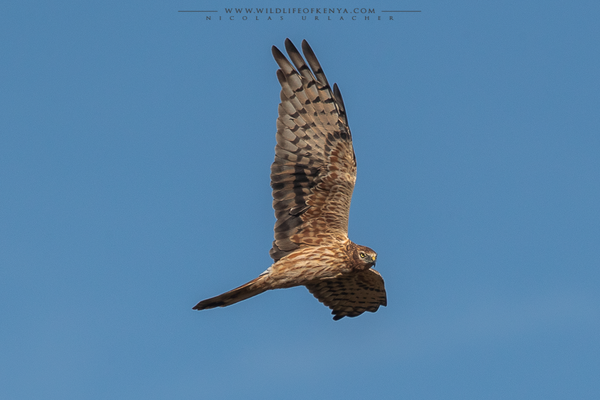 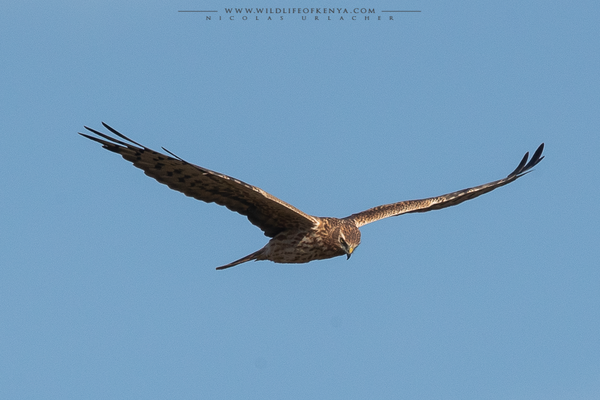 Montagu's harrier (Circus pygargus) is a migratory bird of prey of the harrier family. Sexual dimorphism is particularly apparent in the plumage of this species. Adult males are characterized by their overall pale grey plumage contrasting with black wingtips.

The Montagu's harrier has a particularly graceful flight, with powerful and elegant wingbeats which give an impression of buoyancy and ease. The Montagu's harrier can be confused with several species that exist within the same range. The most similar are the hen harrier and the pallid harrier. The male is easily distinguished from other species as its plumage is distinctly darker and more mottled than in the males of hen or pallid harriers. However, distinguishing females and juveniles is more difficult. The distinction between female pallid and Montagu's harriers is the most delicate and can only be made in good conditions as the proportions are similar. The best recognition character is the pale collar around the neck of female and juvenile pallid harriers which is not present in the Montagu's.

This species can still be found throughout most of the Western Palearctic. In most European countries there is at least a small population, except in Norway where it is not present. The breeding range extends as far east as the Urals, whereas the most western population is that of Portugal. Breeding also occurs in northern Africa, mostly in Morocco. In Great Britain, the species is limited to southern England. In Ireland the species is rarely seen, and mainly in the South, although there are a number of breeding records, the most recent from 1971. Despite having a wide distribution, this bird is not common in many areas and has strong populations only in France, Spain, Russia, Belarus and Poland where the greater part of the European population can be found. Breeding sites frequently change, with some sporadic nesting occurring outside known breeding areas, however clear signs of reduced range are apparent and are associated with population decline.

The Montagu's harrier is a long distance migrant. Birds from Eurasia spend the winter in sub-Saharan Africa, while those from the eastern part of the range migrate to the Indian subcontinent. In Europe, the first birds start to move at the beginning of August and most have left by mid-October. They travel over a broad front, crossing the Mediterranean at various points, and only a small number are observed at migration choke points. Western birds don't go further south than the gulf of Guinea, but some eastern birds travel as far as South Africa. In Africa, their diet is composed mostly of insects and birds, and it is possible that they follow locust swarms.