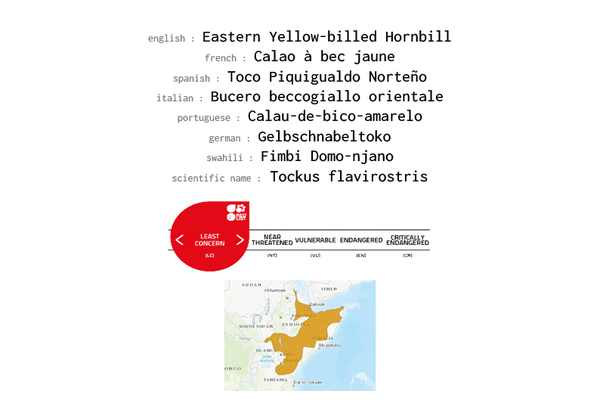 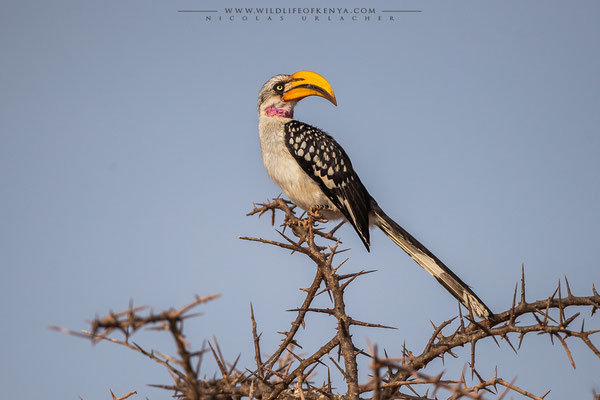 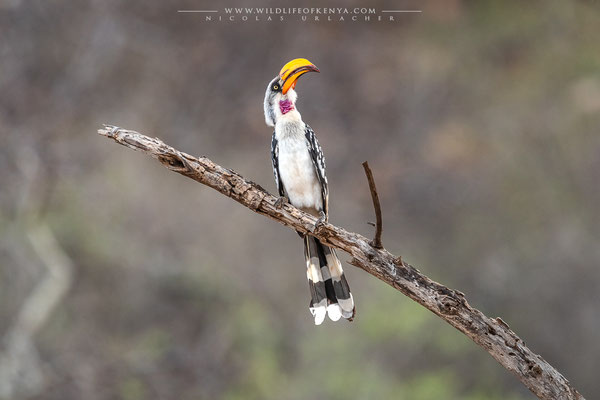 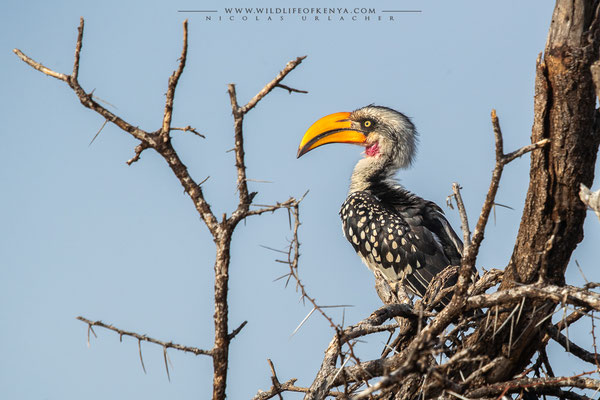 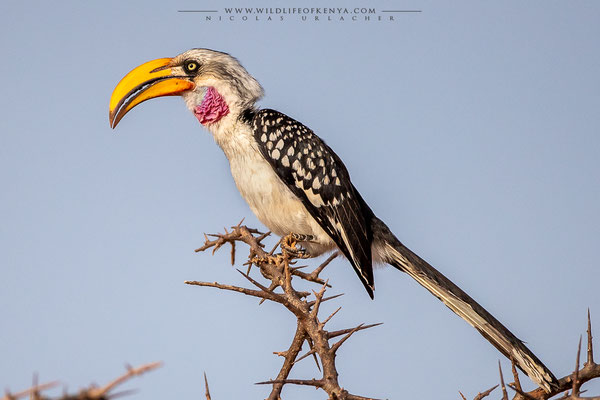 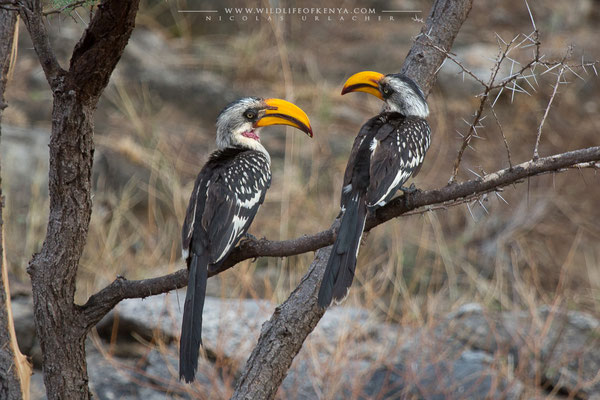 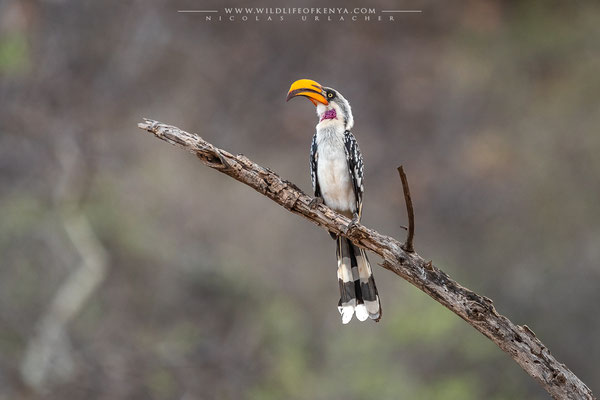 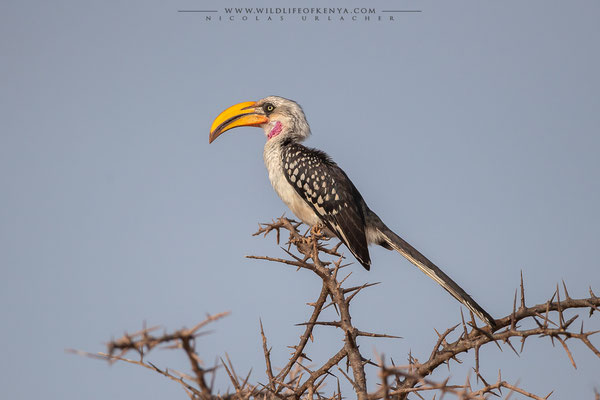 This hornbill prefers dry and semi-arid areas like forests, savannahs, and shrublands. They stay away from coastal areas as well as the wetter highlands. The female hornbill lays three to four eggs inside a sealed cavity in a tree. The eggs are incubated for roughly twenty-five days. The newly hatched chicks are mature in about forty-five days.

The Eastern Yellow-billed Hornbill forage for seeds, small insects, spiders and scorpions on the ground.