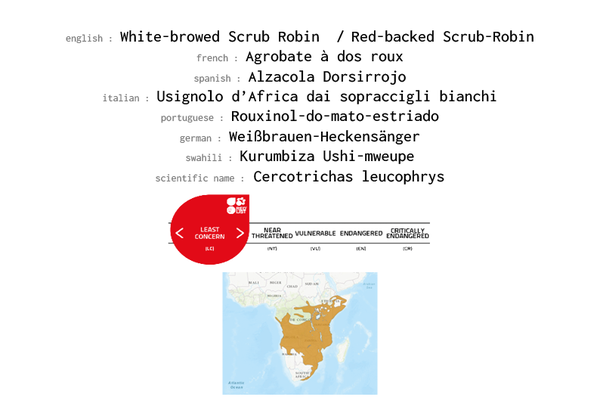 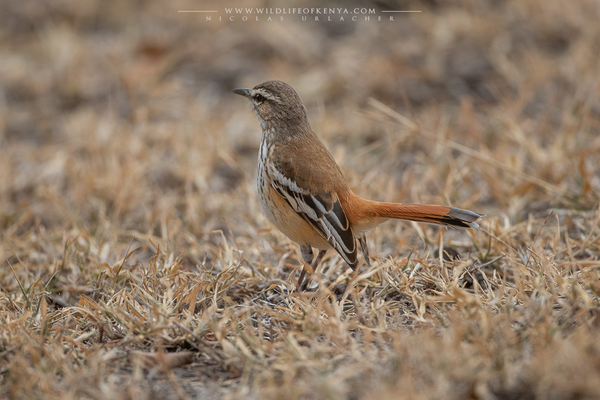 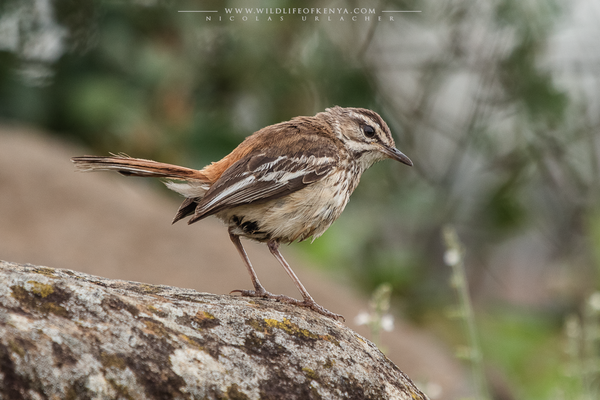 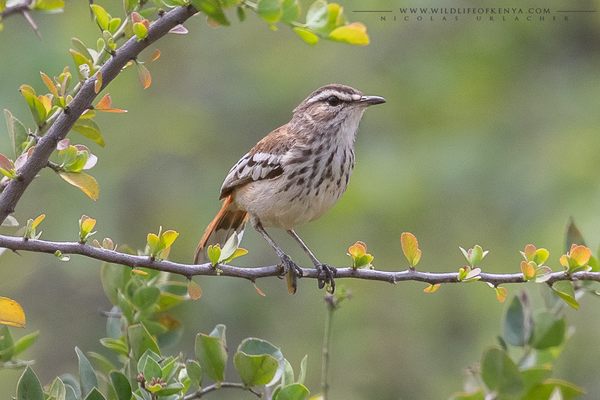 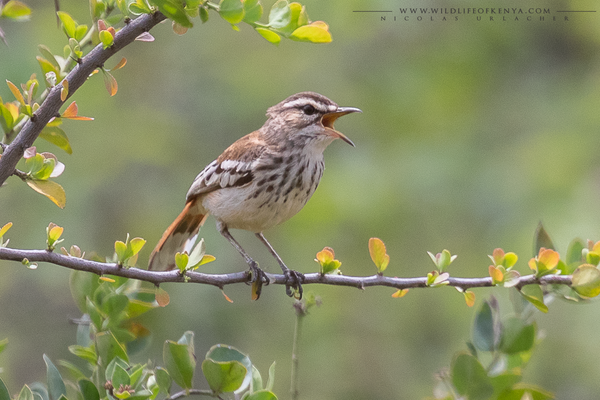 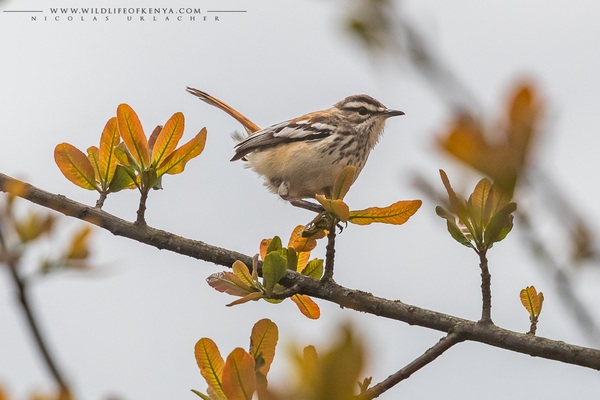 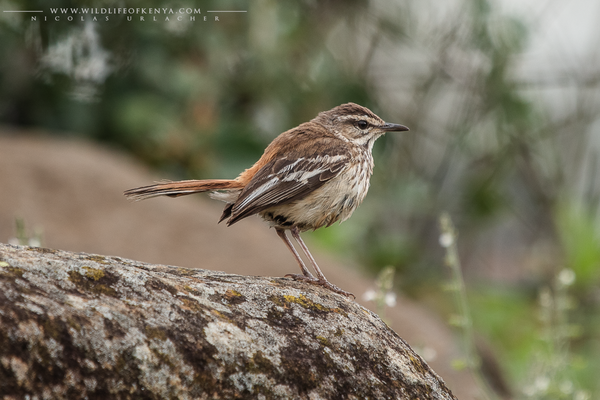 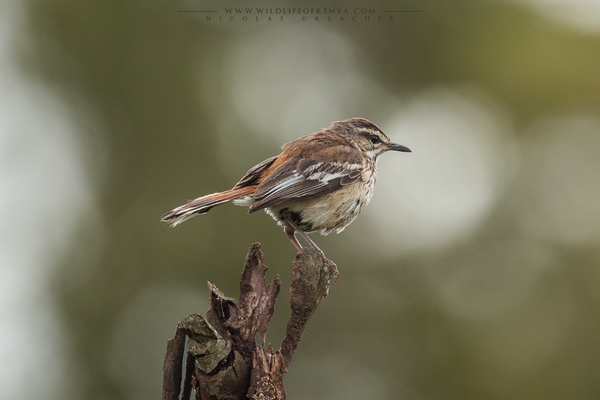 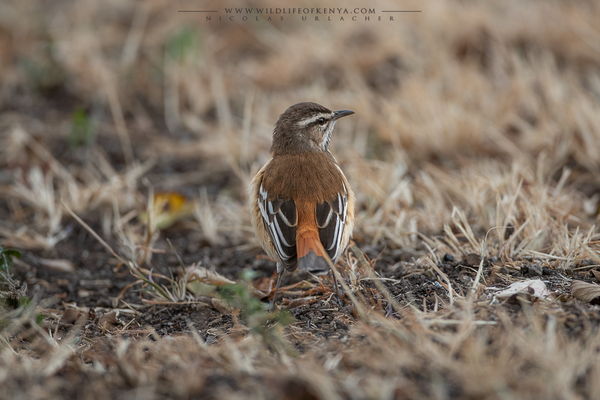 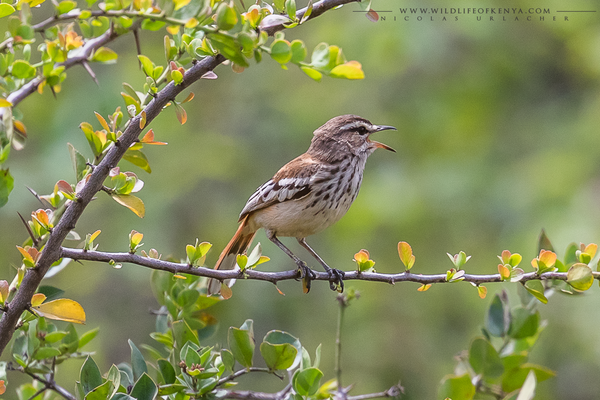 The white-browed scrub robin (Cercotrichas leucophrys), also known as the red-backed scrub-robin, is a species of bird in the family Muscicapidae. It is native to sub-Saharan Africa, especially East and southern Africa. Within range, its Turdus-like song is one of the often-heard sounds of the bush. The flitting of the tail is characteristic of this species, but also of some near relatives. In the Eastern Highlands it is only present up to 1,400 metres, and in East Africa up to 1,500 metres. Suitable habitat is usually grassy, which facilitates nesting.