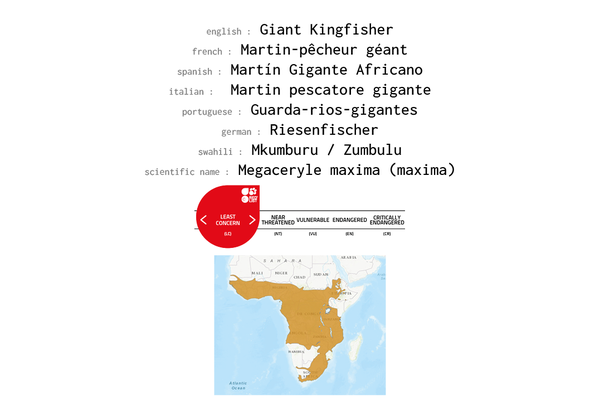 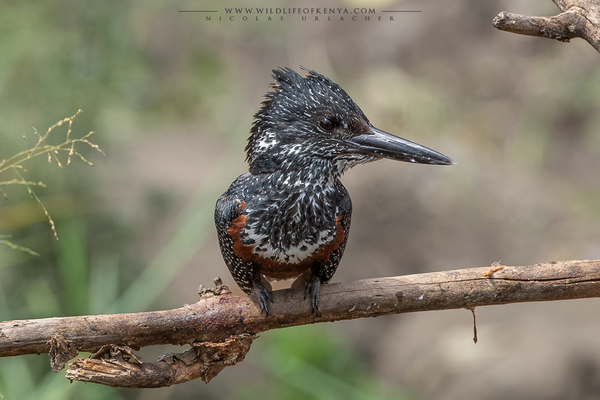 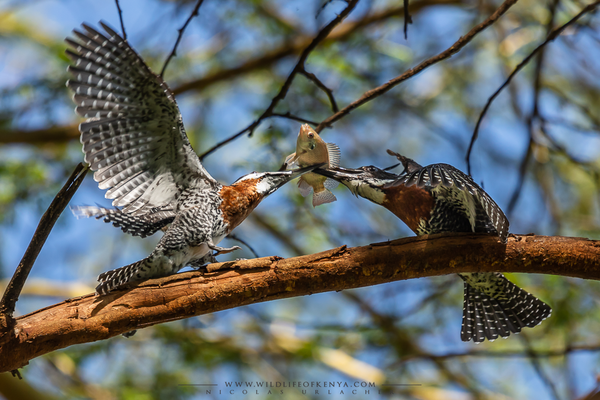 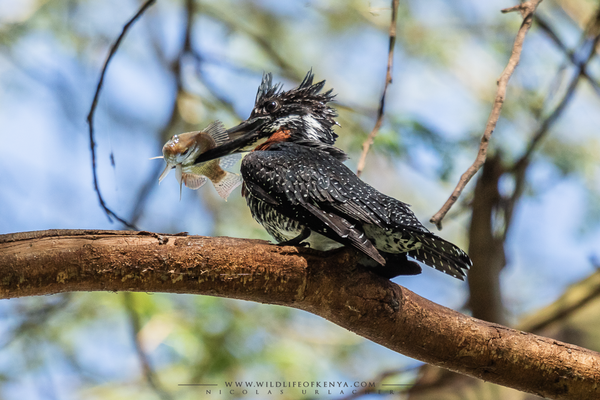 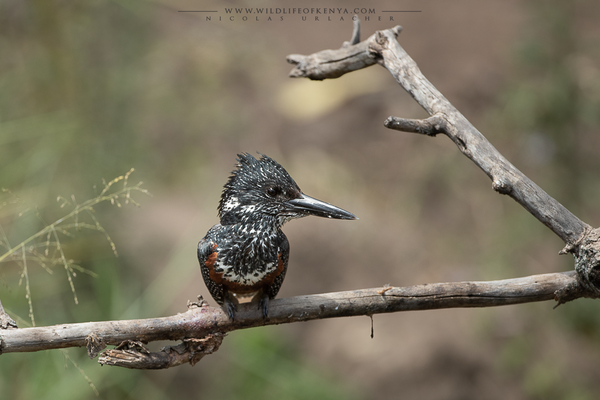 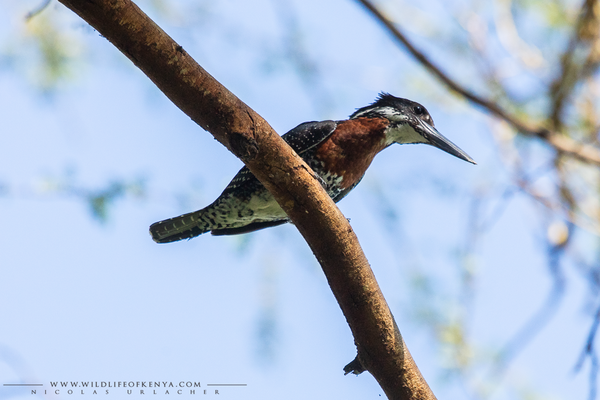 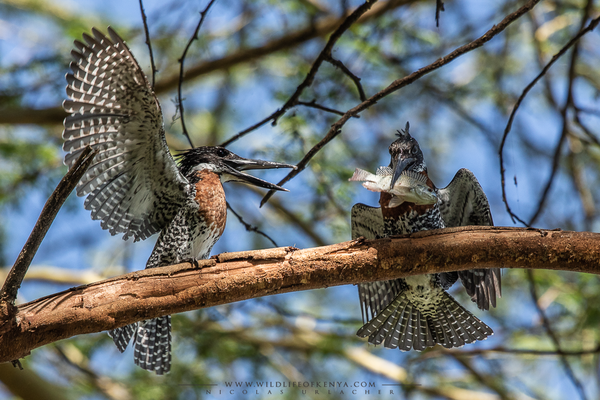 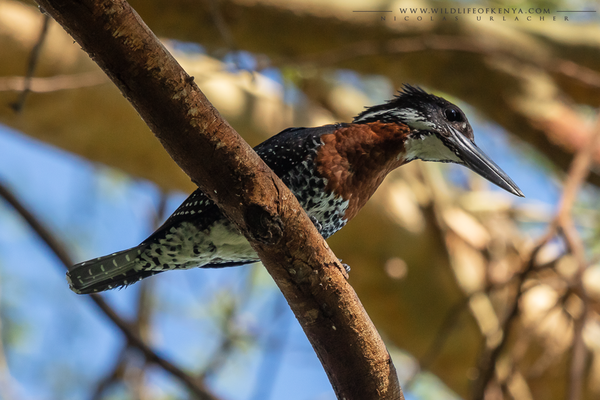 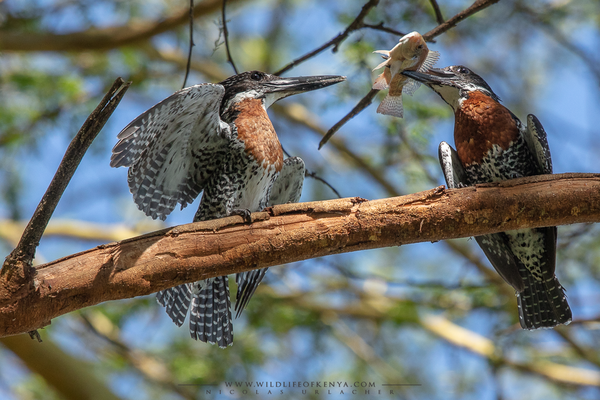 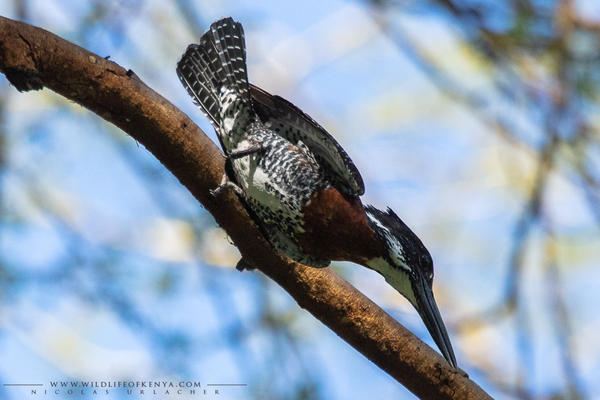 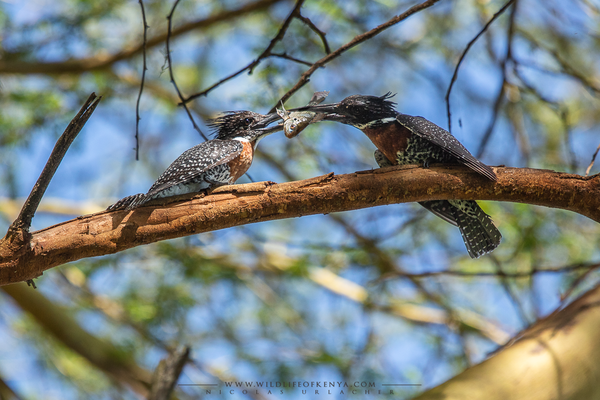 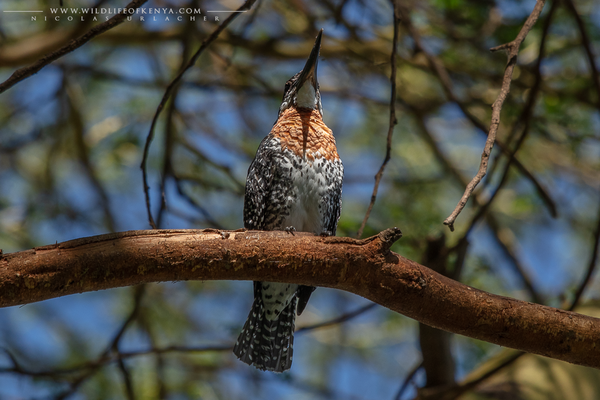 The giant kingfisher (Megaceryle maxima) is the largest kingfisher in Africa, where it is a resident breeding bird over most of the continent south of the Sahara Desert other than the arid southwest. The nominate subspecies M. m. maxima occurs in wooded savanna while M. m. gigantea prefers tropical rainforest. The species present in Kenya is M. m. maxima. The Giant Kingfisher frequents rivers, streams, lakes, dams and even mountain streams with marginal wooded areas, both in forests and savannahs. It is also found in coastal lagoons, mangroves, estuaries and seashores, and occasionally on stagnant pools along dried-up rivers. It can be seen up to 100 metres from the water.

The Giant Kingfisher feeds mainly on aquatic preys such as fish, river crabs, amphibians and also small reptiles and insects. It perches on branch or rock overhanging the water from where it can scan for preys. Then, it dives in steep or shallow dive and disappears underwater to catch the prey, before returning quickly to the same perch. It also may hover above open water, as numerous kingfishers do. The small crabs or fishes are swallowed whole, but the larger are moved to the bill tip and hit on the perch with swinging movements, and there, carapace and pincers are removed before the bird swallows the flesh. Fishes are usually swallowed head first. The Giant Kingfisher changes of perch after a successful catch. As numerous kingfishers, it is territorial and defends its territory. It is monogamous. The courtship displays are not described, but this species probably performs aerial flights accompanied by calling, some postures by the male to enhance the plumage pattern, and courtship feeding to female.