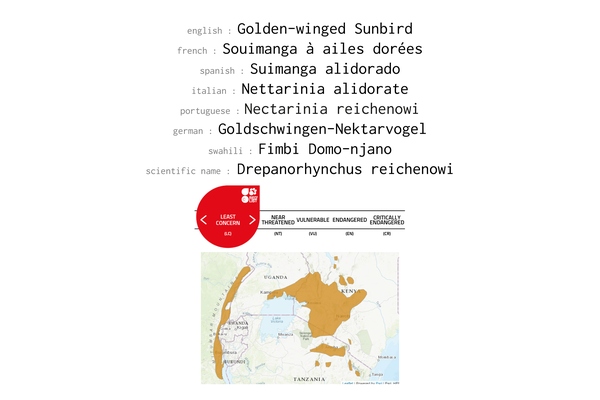 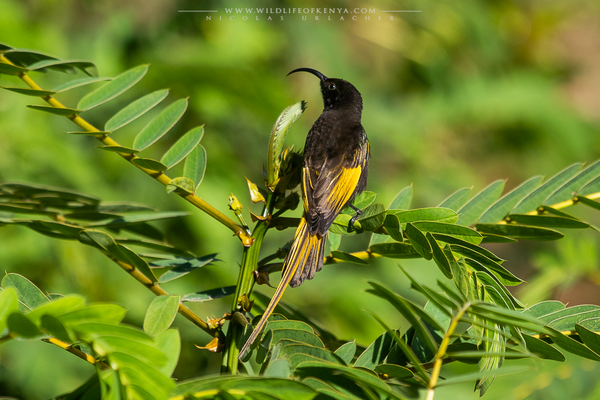 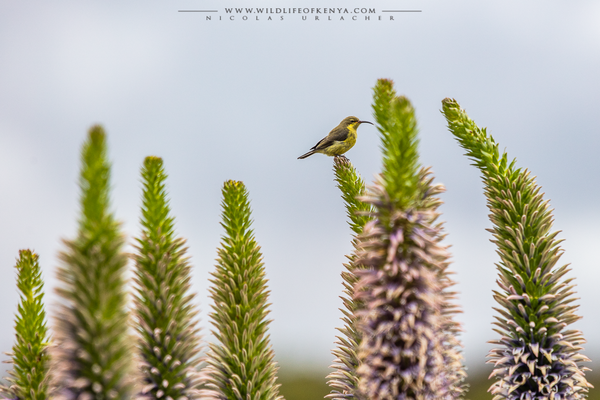 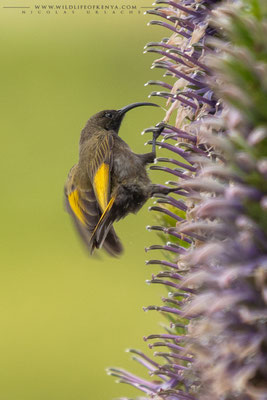 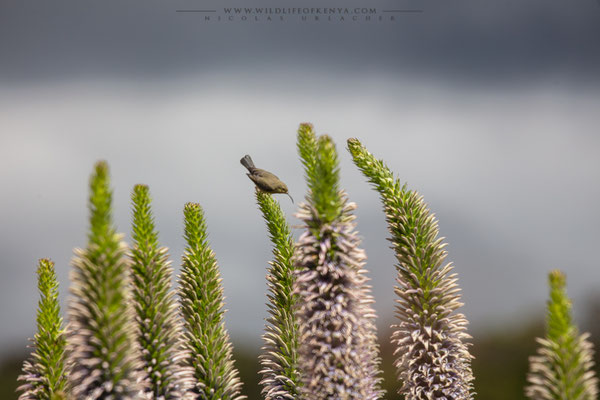 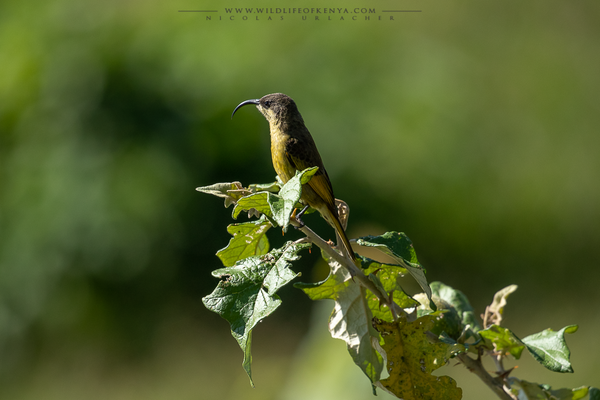 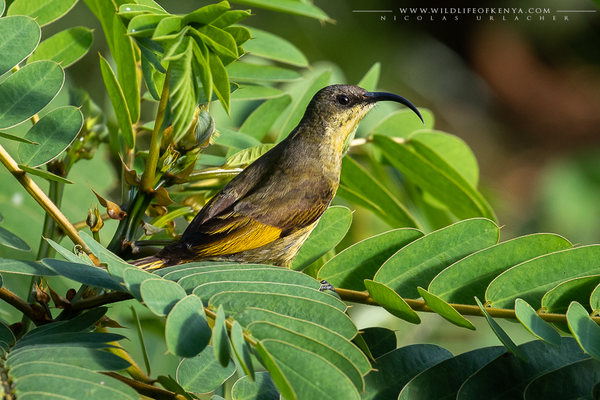 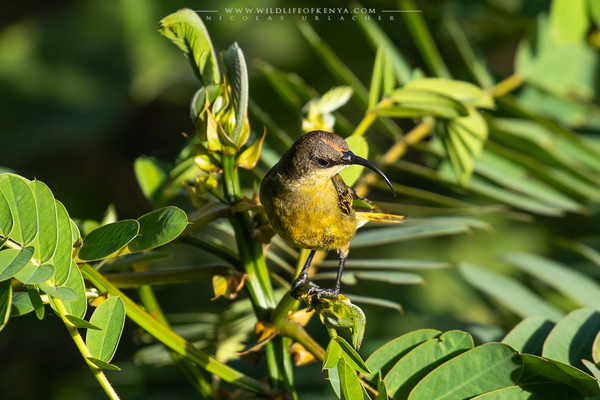 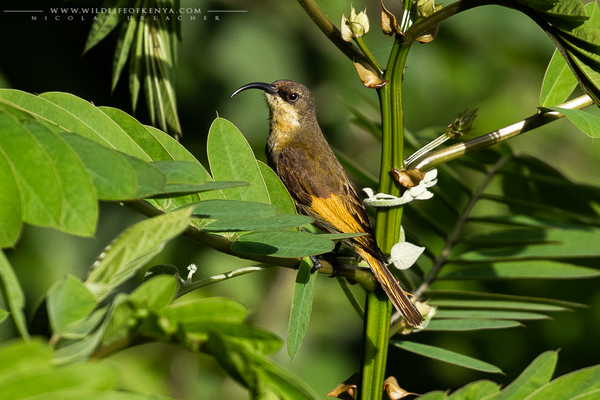 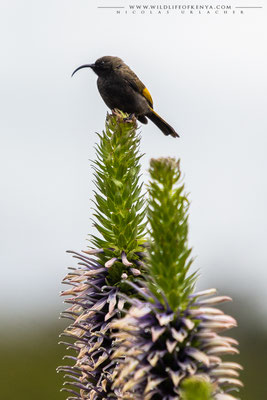 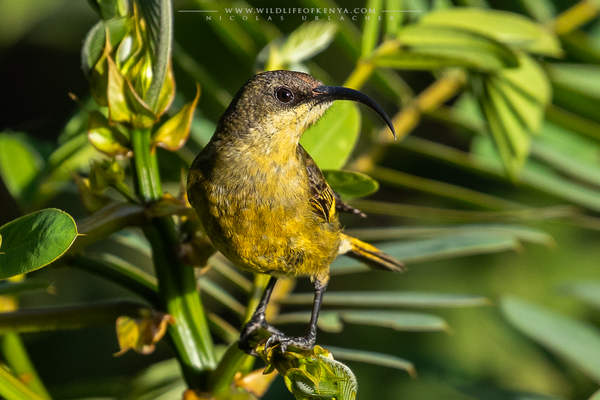 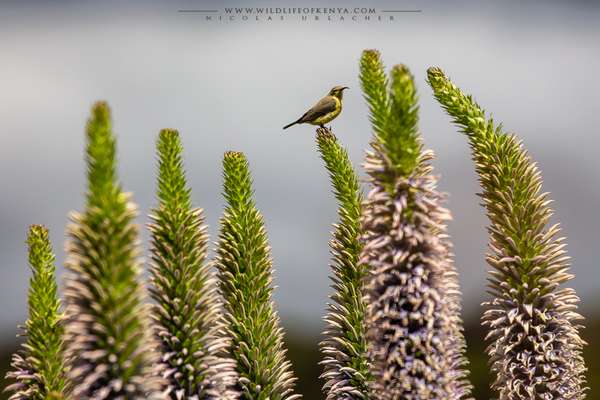 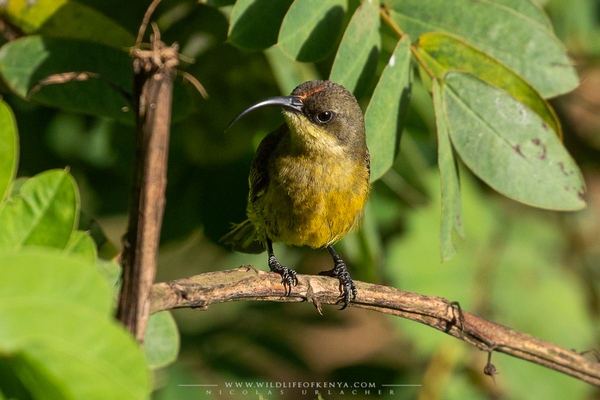 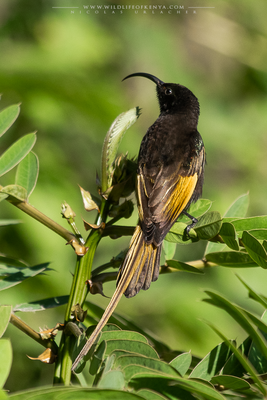 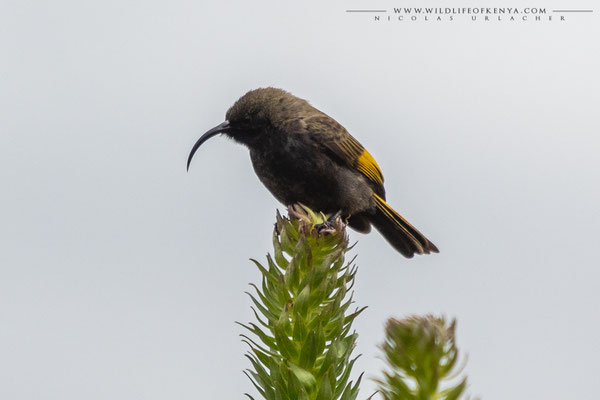 Golden-winged sunbirds consume the nectar from flowers of the mint Leonotis nepetifolia flowers as their main food source, but they also feed infrequently on other flower species. It also eats insects such as beetles, flies, ants, bees and wasps and various larvae.

Territorial birds, golden-winged sunbirds defend patches of Leonotis nepetifolia flowers outside the breeding season in Kenya. This species flowers in July when little else is in flower. The concept of economic defendability, in which the defence of a resource has costs (such as energy expenditure and risk of injury) and benefits (priority access to the resource), explains the territorial behavior that golden-winged sunbirds exhibit. Field studies in Kenya show that the sunbirds live in the highland areas in a geographical distribution similar to that of Leonotis. They are active during the daytime and spend their time sitting on perches, fighting for territorial defence, or foraging for nectar. The energetic costs of each activity the sunbirds exhibit during the day has been calculated. When the daily costs are compared to the extra nectar gained by defending a territory, territorial birds make a net energetic profit. Field studies show that territorial birds need to spend less time per day foraging to meet their daily energy requirements when the flowers contain more nectar. By defending a territory a bird excludes other nectar consumers and, therefore, increases the amount of nectar available in each flower. Sunbirds satisfy their energy demands more rapidly, saving foraging time and allowing them to spend the spare time sitting on perches, which is less energetically expensive than foraging. This saving has to be weighed against the cost of defence, so if there is more than enough nectar in the flowers then it is easier just to share the nectar with other birds. When there is a minimal amount of nectar, possibly due to a bad season, the birds increase their territoriality, except when the nectar levels are too low to support cost of defence.