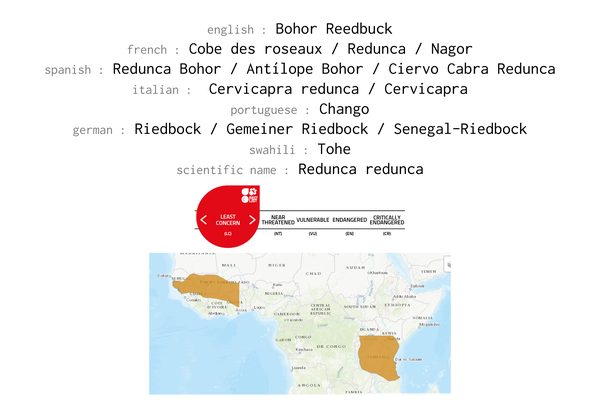 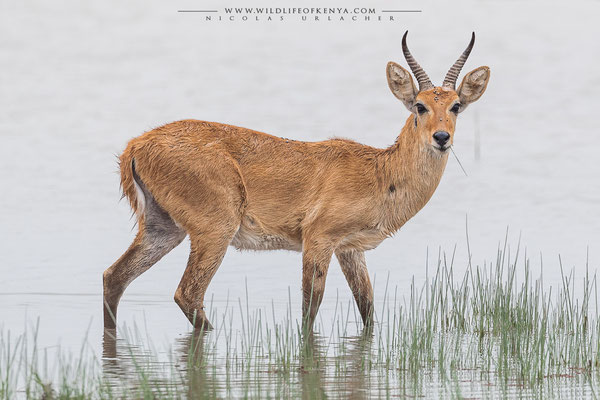 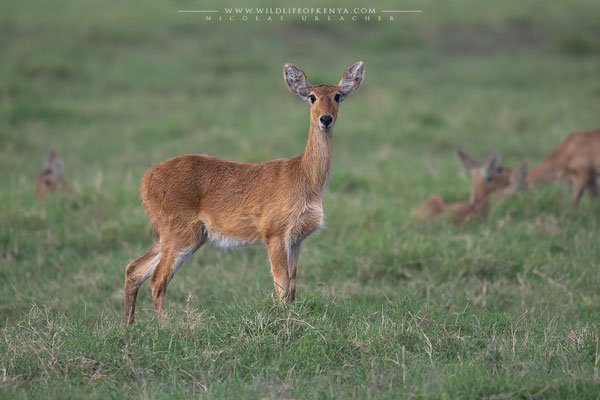 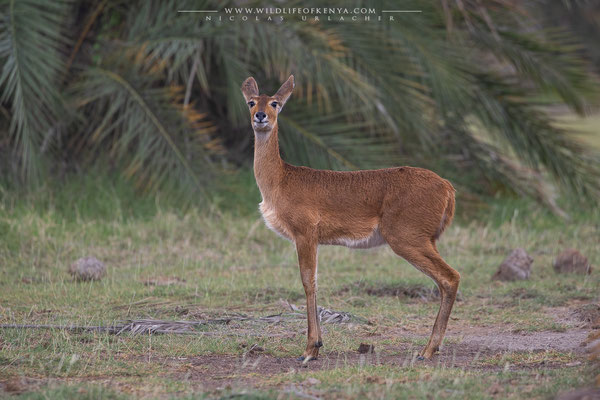 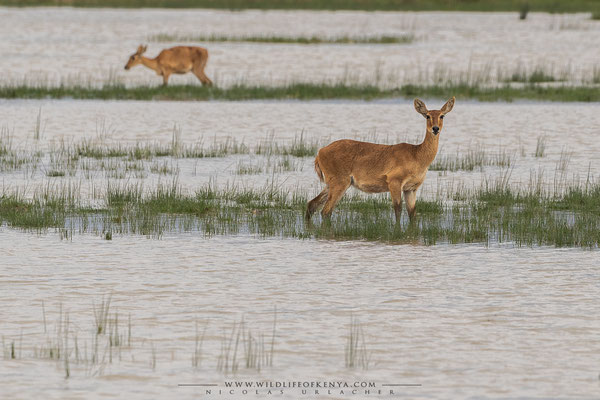 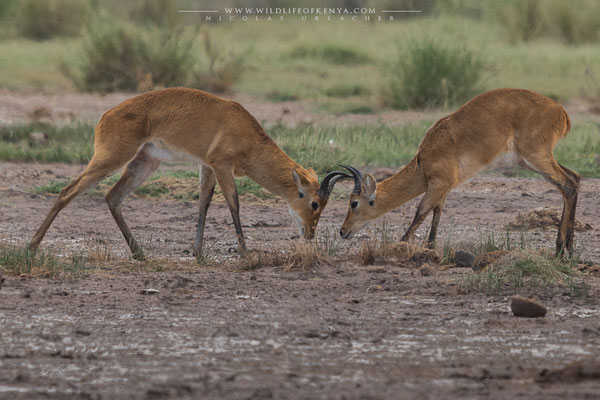 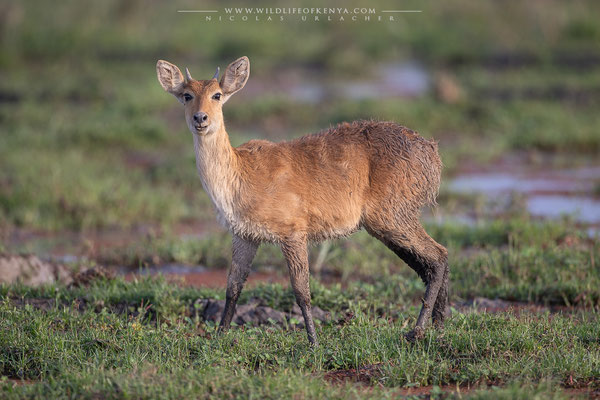 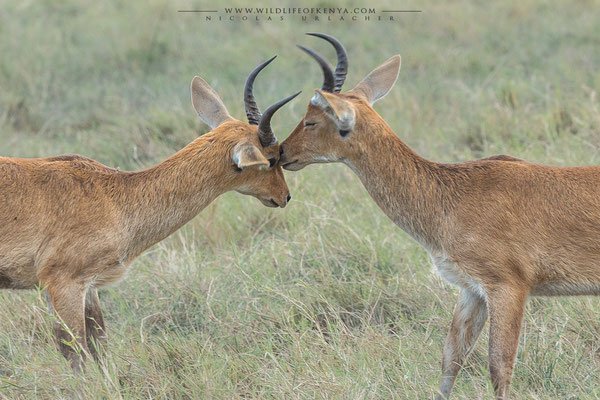 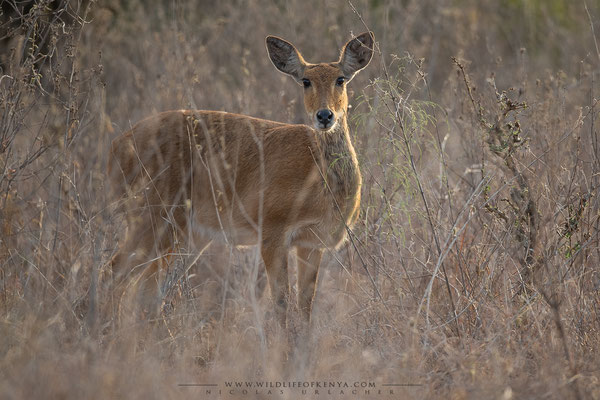 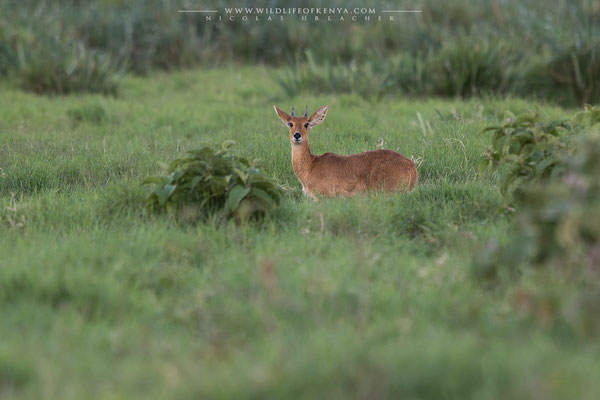 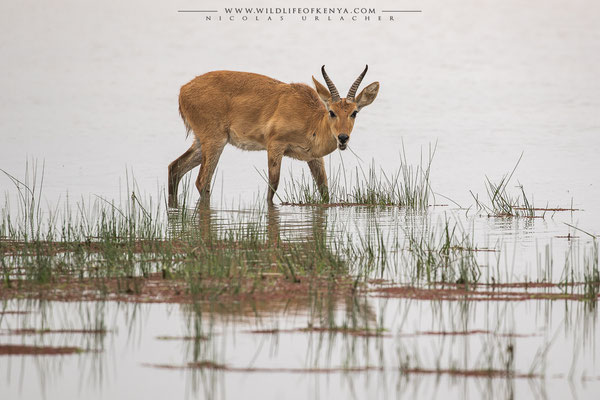 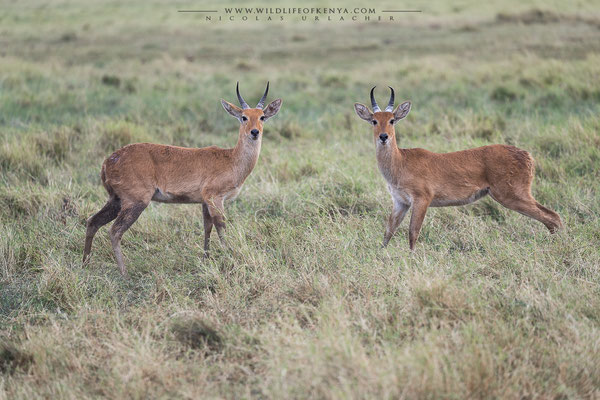 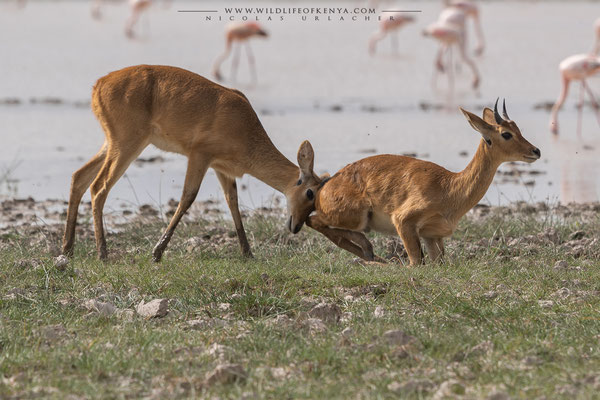 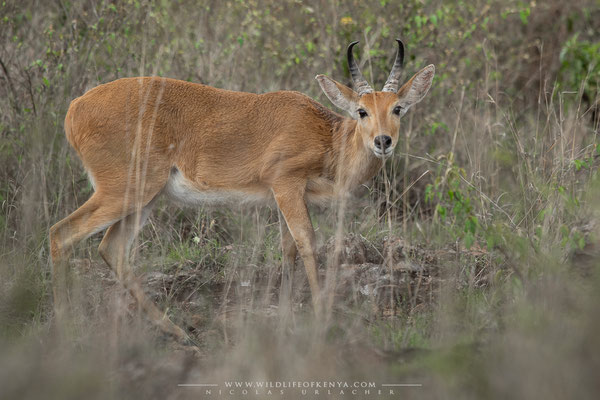 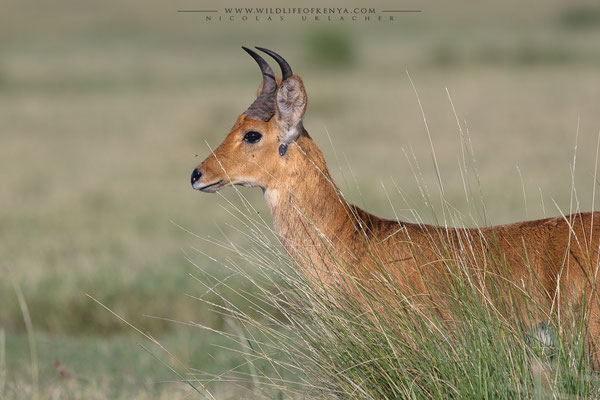 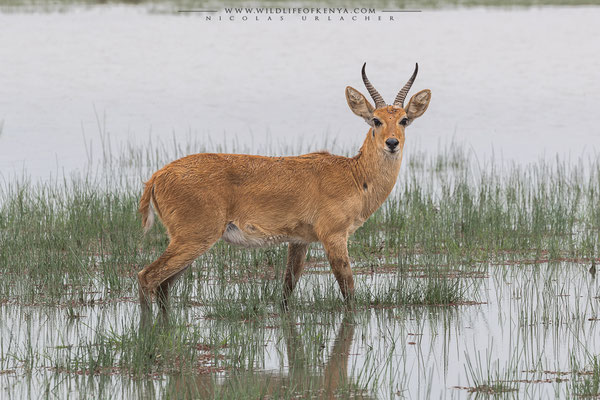 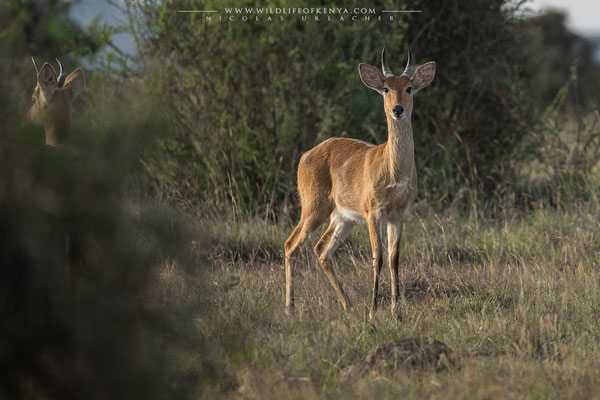 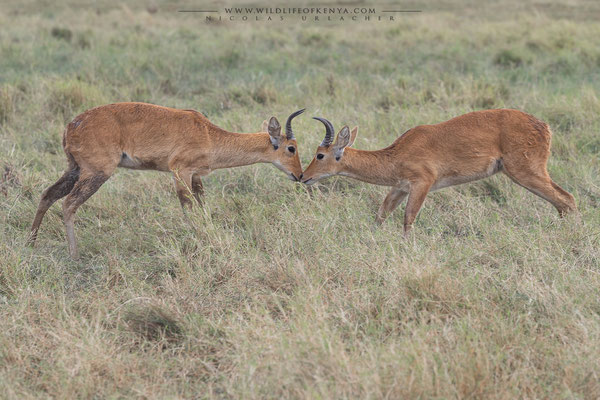 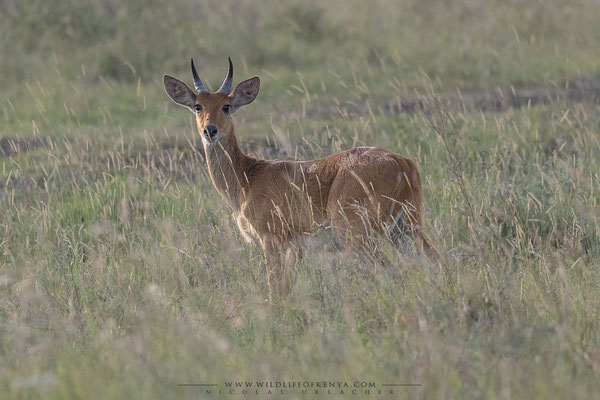 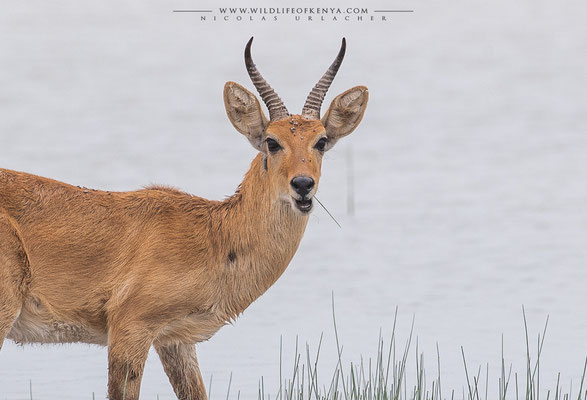 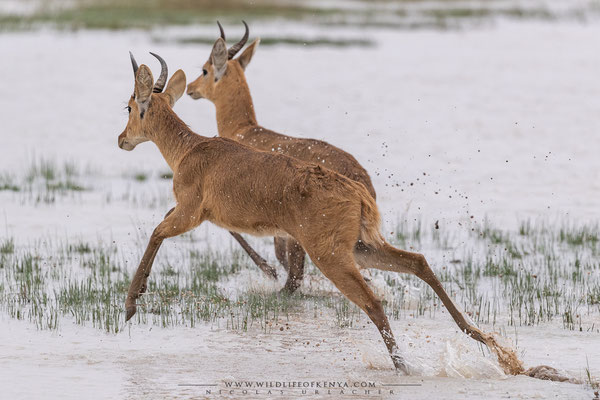 The bohor reedbucks live in swampy areas and depnd on water. They are active throughout the day, seeking cover during the daytime and grazing in the night. A large proportion of the day is spent on feeding and vigilance.They can easily camouflage in grasses and reeds. When threatened, they usually remain motionless or retreat slowly into cover for defense, but if the threat is close, they flee, whistling shrilly to alert the others. It hides from predators rather than forming  herds in defense.

Two prominent forms of display among these animals are whistling and bouding. Instead of scent-marking its territory, the reedbuck will give a shrill whistle to make the bounderies of its territory be known. As it whistles, it expels air through its nose with such a force that the whole of its body vibrates. These whistles, usually 1 to 3 in number, are followed by a few slotting bounds.