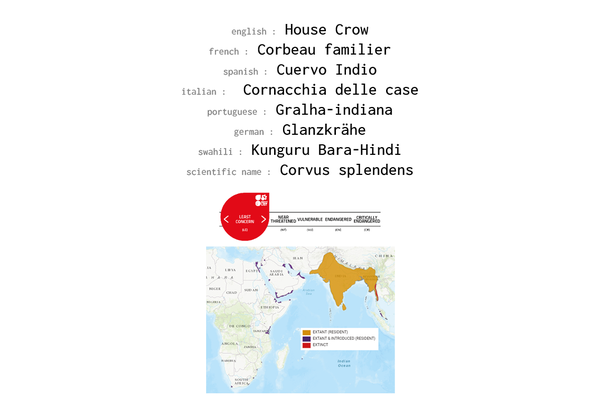 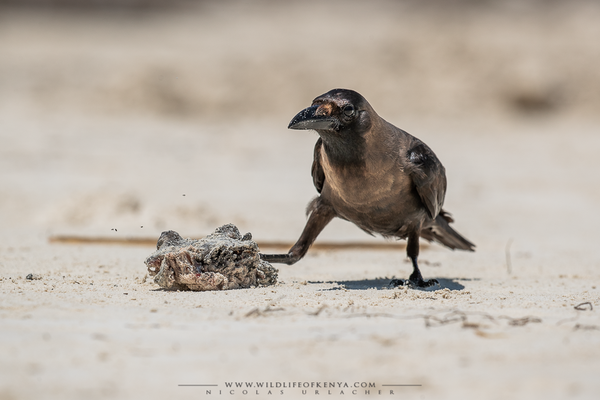 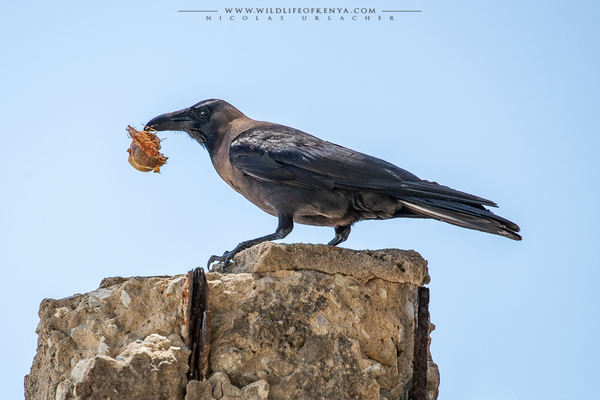 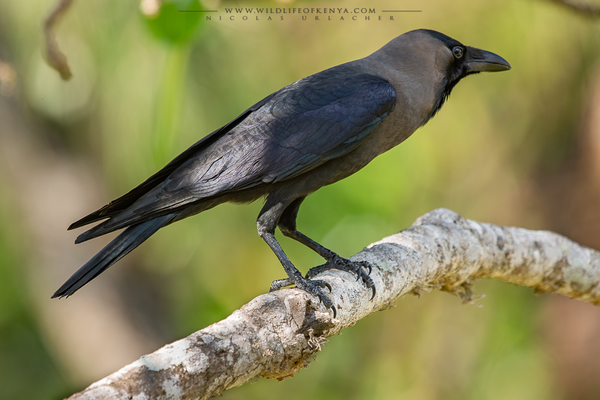 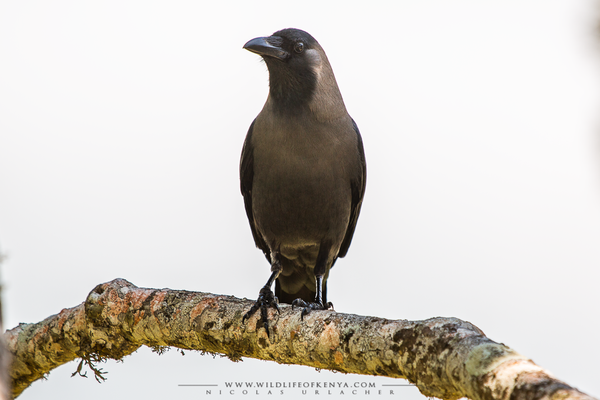 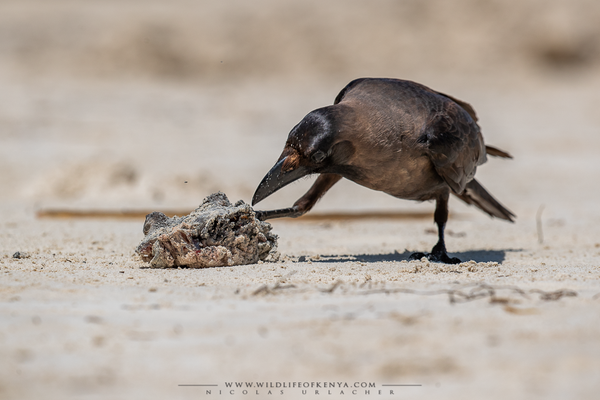 The house crow (Corvus splendens), also known as the Indian, greynecked, Ceylon or Colombo crow, is a common bird of the crow family that is of Asian origin but now found in many parts of the world, where they arrived assisted by shipping.

In Kenya  they were introduced and are incrzasing on coast (displacing Pied Crow in many places). Abundant from Mombasa  south to Diani, less common north to malindi.and inland to Mackonnon Road. Control measures initiated in 1990s.

The invasive potential for the species is great all over the tropics. This species is able to make use of resources with great flexibility and appears to be associated with humans, and no populations are known to exist independently of humans. Based on niche-modelling it is estimated that it can also persist in some coastal areas in southern and northwestern Europe.In 2016, house crow was added to the List of Invasive Alien Species of Union concern. Breeding population of this species is reported from Netherlands, while individuals were seen in Belgium, Hungary, Poland and Spain.