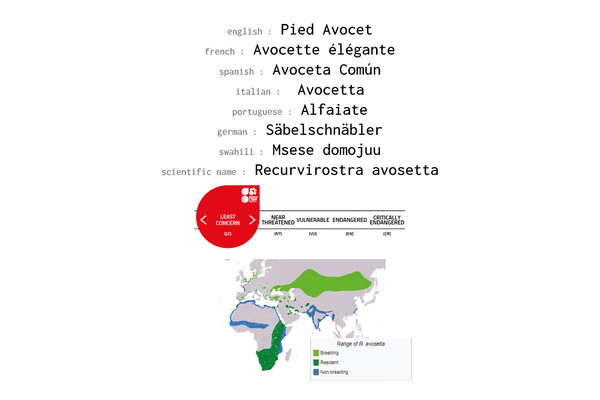 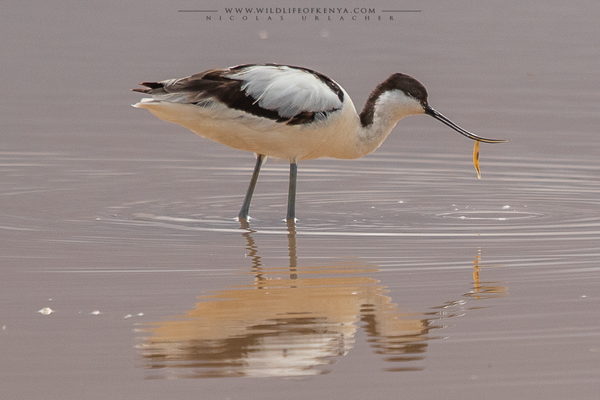 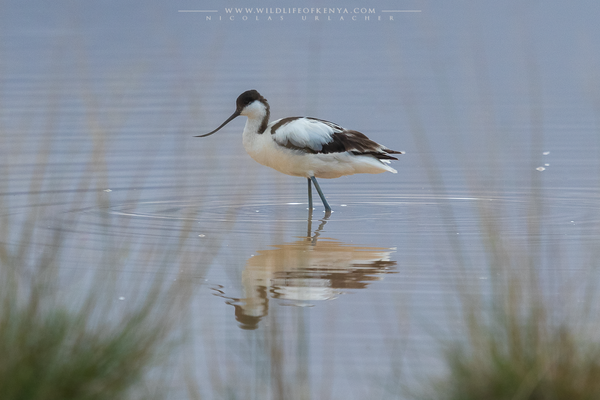 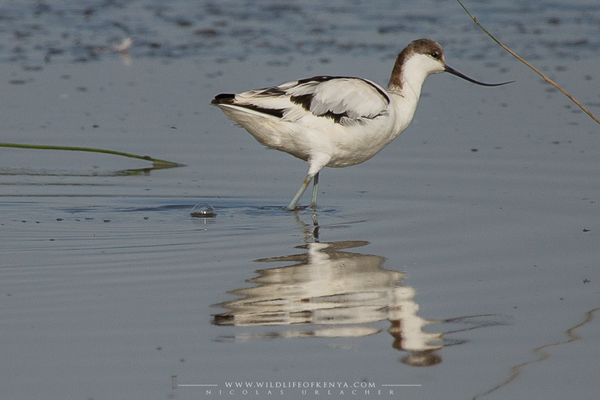 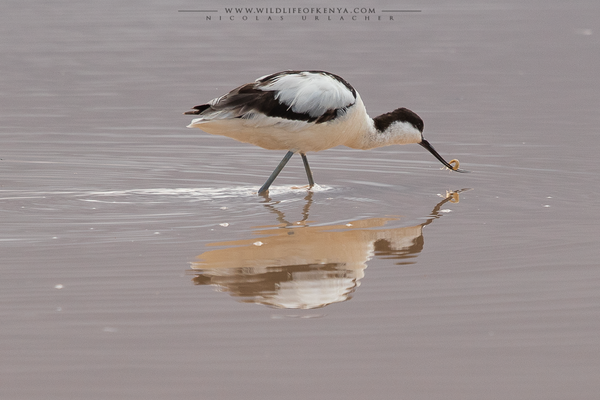 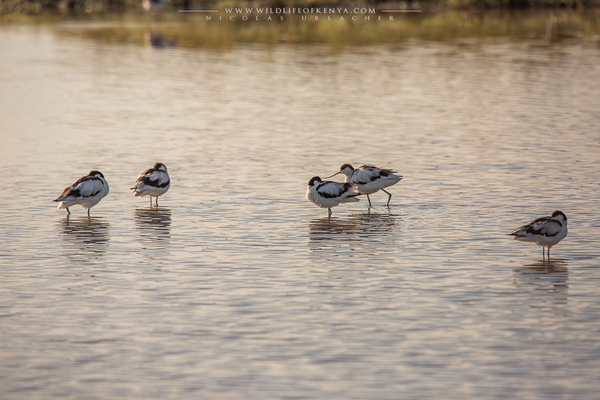 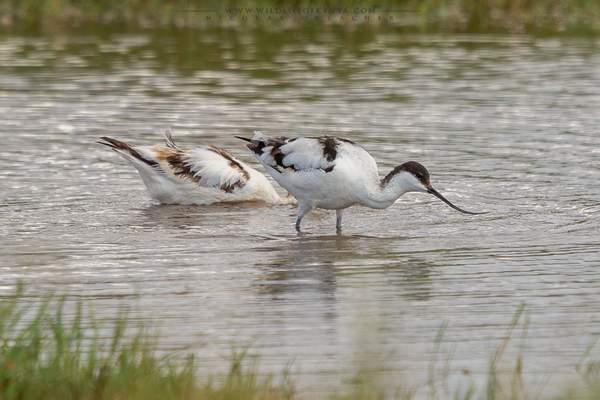 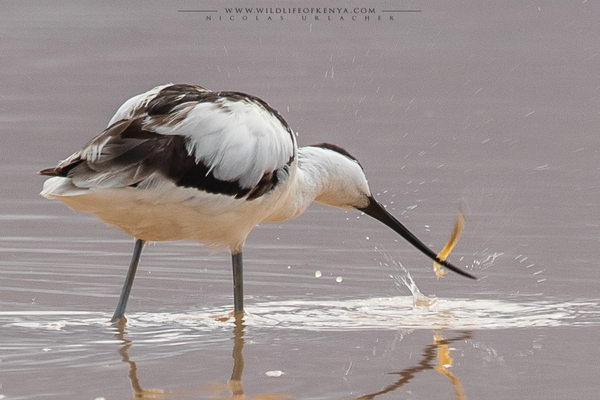 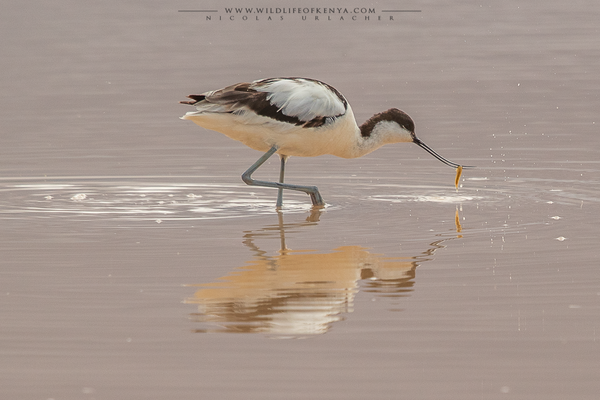 The pied avocet (Recurvirostra avosetta) is a large black and white wader in the avocet and stilt family, Recurvirostridae. They breed in temperate Europe and across the Palearctic to Central Asia then on to the Russian Far East. It is a migratory species and most winter in Africa or southern Asia. Some remain to winter in the mildest parts of their range, for example in southern Spain and southern England. But it's mostly resident in Kenya. Widespread inland, but numerous only on alkaline Rift Valley lakes. Some breed at Lake Magadi and on most alkaline lakes in northern Tanzania.

These birds forage in shallow brackish water or on mud flats, often scything their bills from side to side in water (a feeding technique that is unique to the avocets. They mainly eat crustaceans and insects.Their breeding habitat is shallow lakes with brackish water and exposed bare mud. They nest on open ground, often in small groups, sometimes with other waders. 3–5 eggs are laid in a lined scrape or on a mound of vegetation.