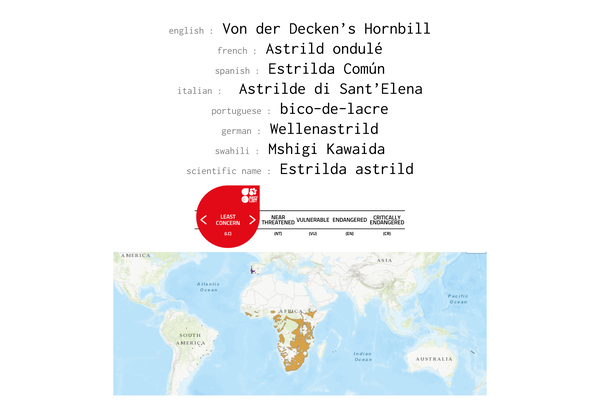 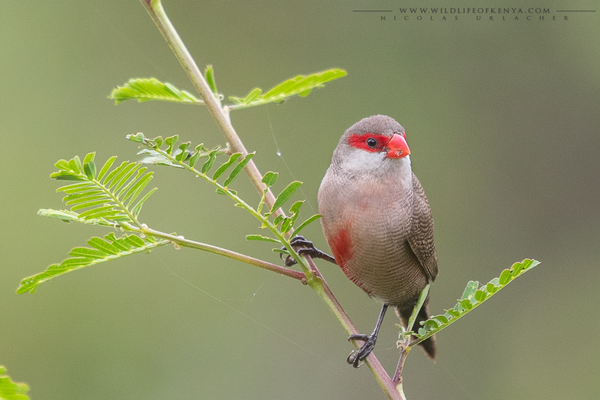 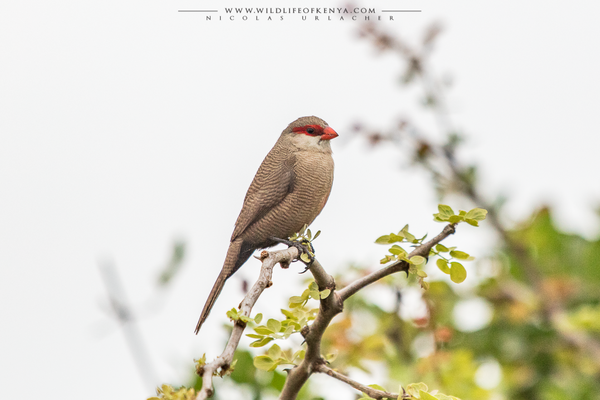 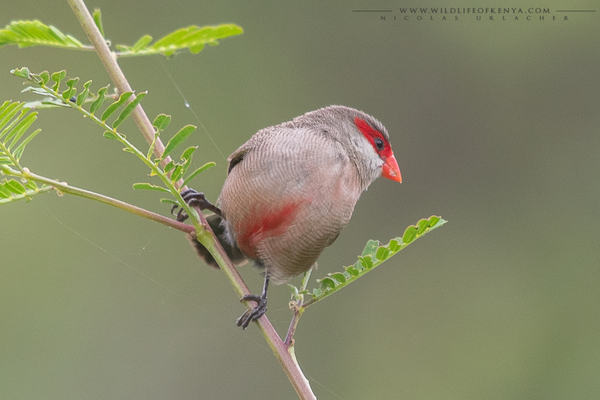 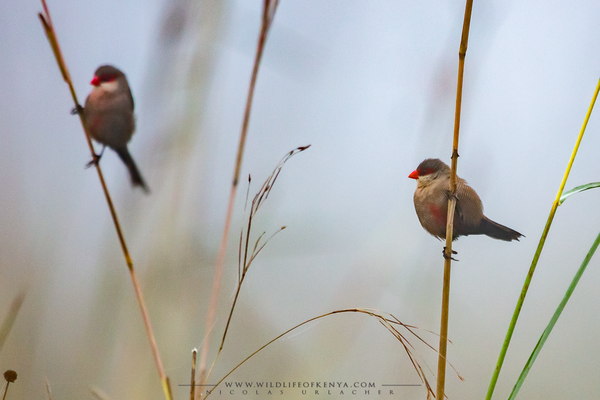 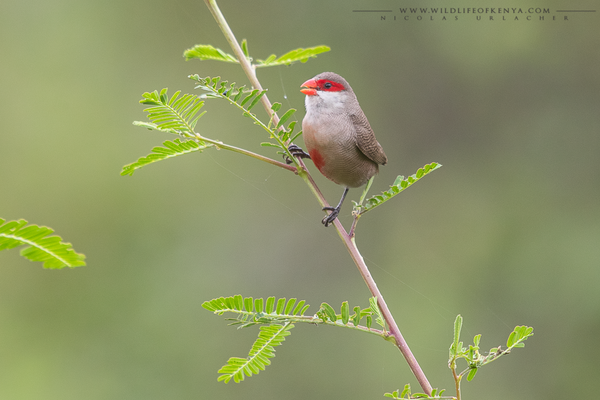 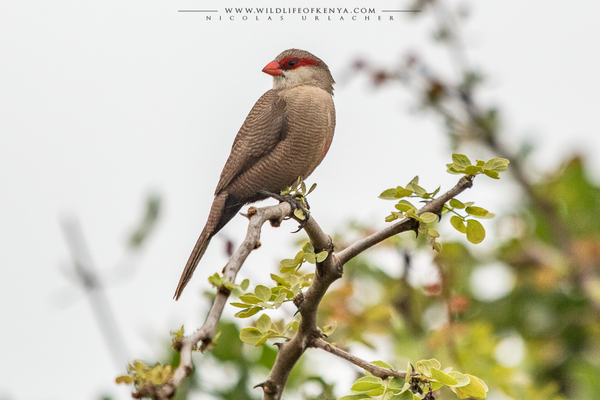 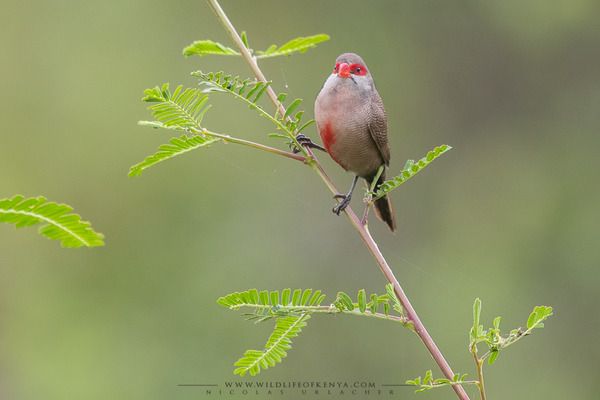 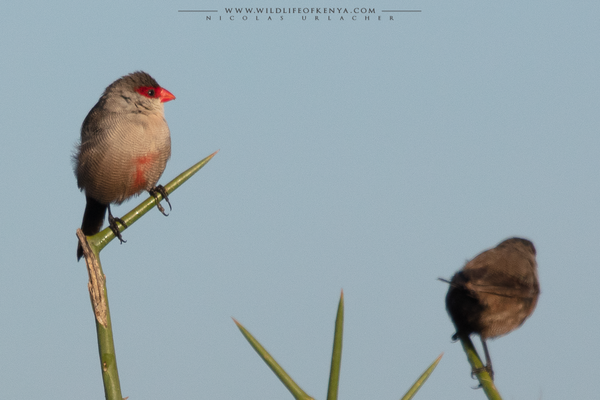 The common waxbill, also known as the St Helena waxbill, is a small passerine bird belonging to the estrildid finch family. It is native to sub-Saharan Africa but has been introduced to many other regions of the world and now has an estimated global extent of occurrence of 10,000,000 km2.

There are about 17 subspecies distributed widely across much of Africa south of the Sahara. They are present in most parts of East, Central and Southern Africa except for regions of desert or dense forest. In West Africa they are more local with the main population centred on Sierra Leone, Liberia and the Ivory Coast. Common waxbills inhabit open country with long grass and rank vegetation. They are often found near water in marshes and among reeds.

The diet consists mainly of grass seeds but insects are also eaten on occasions, especially during the breeding season when more protein is needed. The waxbills typically forage in flocks which may contain hundreds or even thousands of birds. They usually feed by clinging to the stems with their long, spindly claws and picking from the flower heads but they will also search for fallen seeds on the ground. They need to drink regularly as the seeds contain little water.