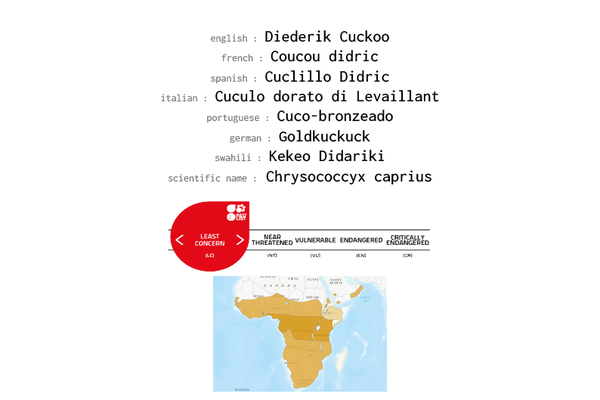 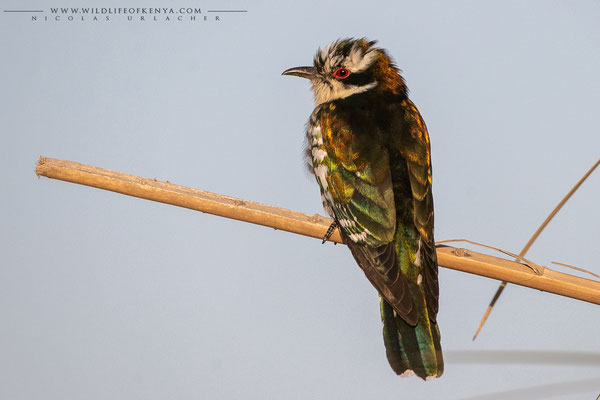 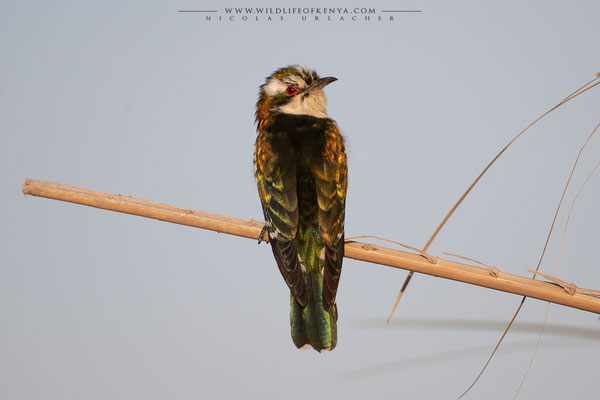 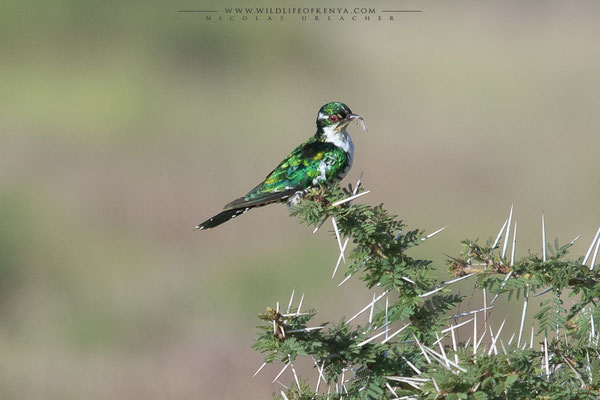 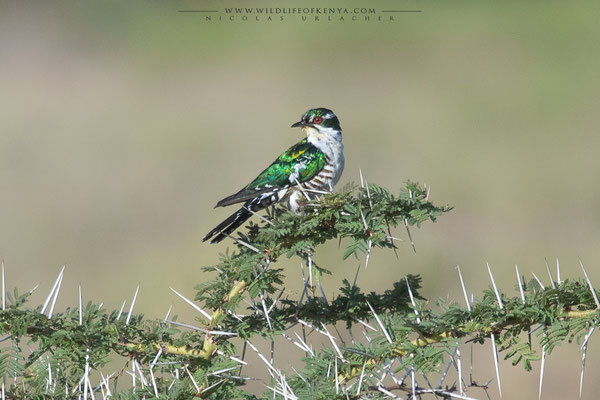 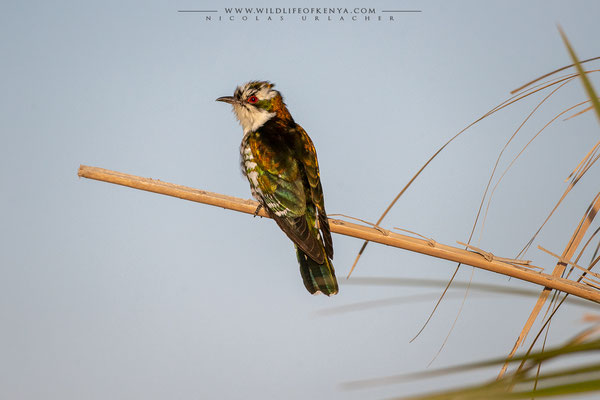 The diederik cuckoo (Chrysococcyx caprius), formerly dideric cuckoo or didric cuckoo is a member of the cuckoo order of birds, the Cuculiformes, which also includes the roadrunners and the anis. The generic name Chrysococcyx combines the Ancient Greek khrusos meaning "gold" and kokkux meaning "cuckoo". The specific epithet caprius is from the Latin cupreus meaning "coppery". The common name "diederik" is from Afrikaans "diedrik", an onomatopoeic rendition of the bird's call.

The diederik cuckoo is a brood parasite. It lays a single egg mostly in the nests of weavers, especially the village weaver and the bishops in the genus Euplectes. For example, it has been recorded in red-collared widowbirds.

The diederik cuckoo takes a variety of insects and caterpillars. It is a noisy species, with the persistent and loud deed-deed-deed-deed-er-ick call from which it gets its name. Usually four clear, roughly identical, notes followed by a little twitter.

It is a common resident breeder in Sub-Saharan Africa and the southern Arabian Peninsula. It has been recorded as far north as Cyprus (1982). It is a short-distance seasonal migrant, moving with the rains. It is a solitary bird, found in open woodland, savanna and riverside bushes.