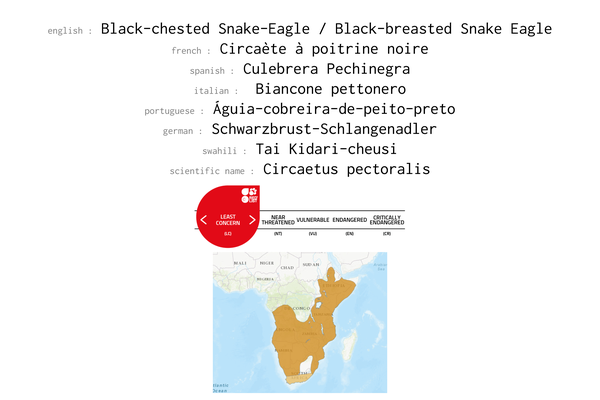 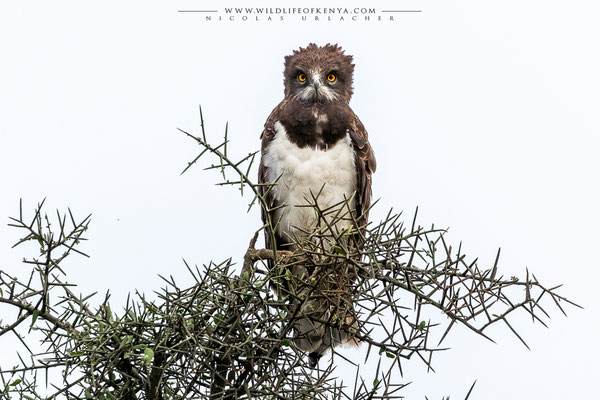 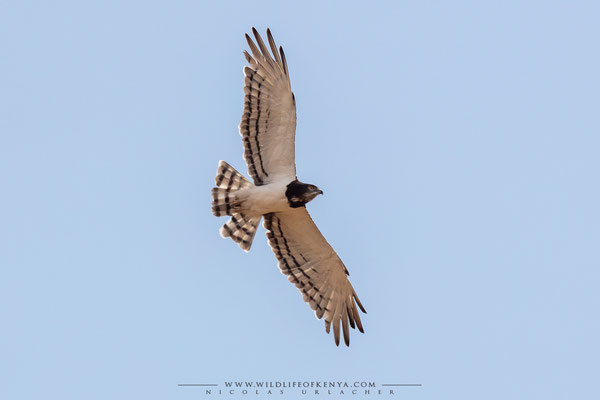 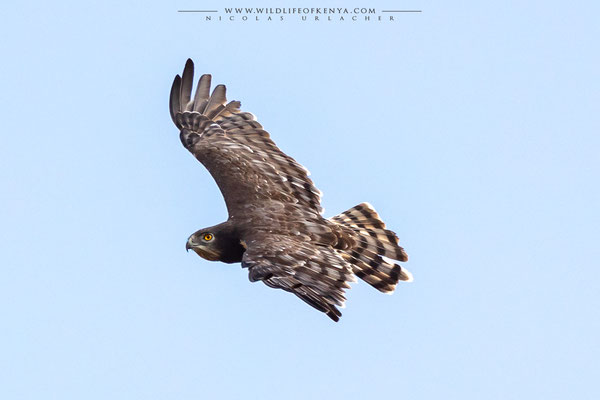 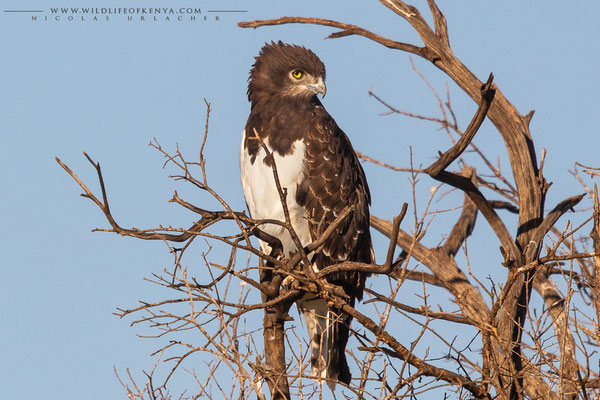 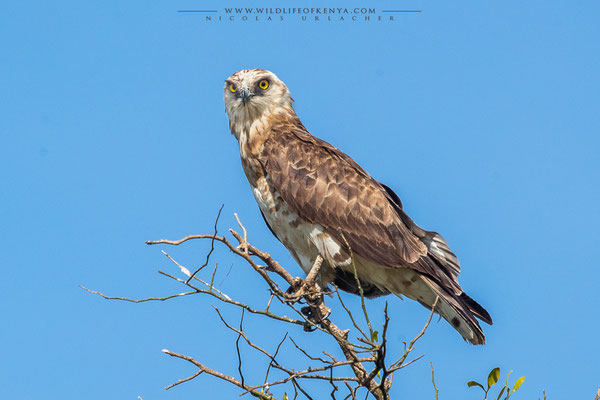 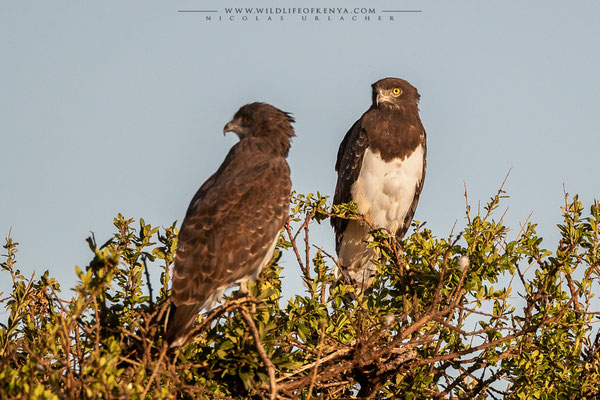 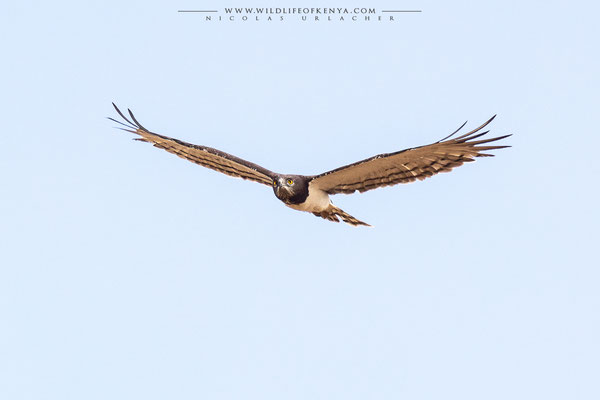 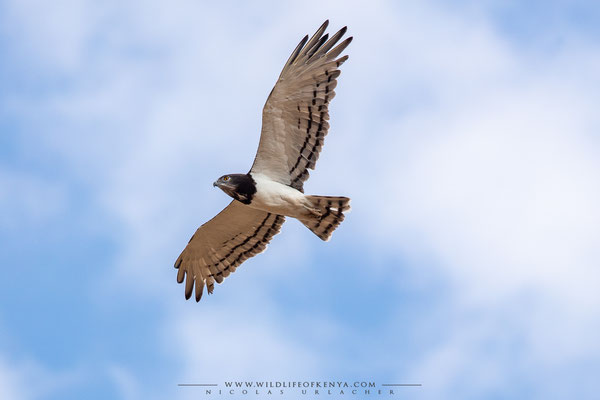 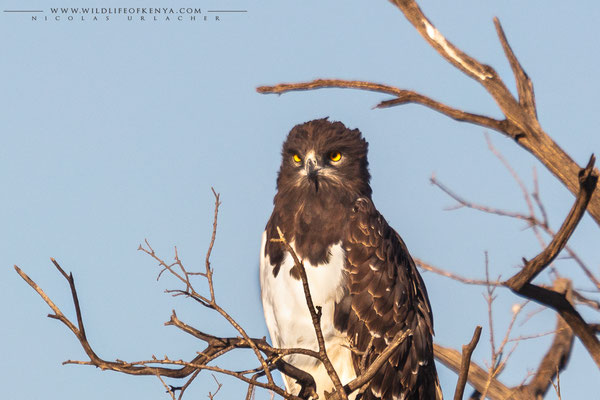 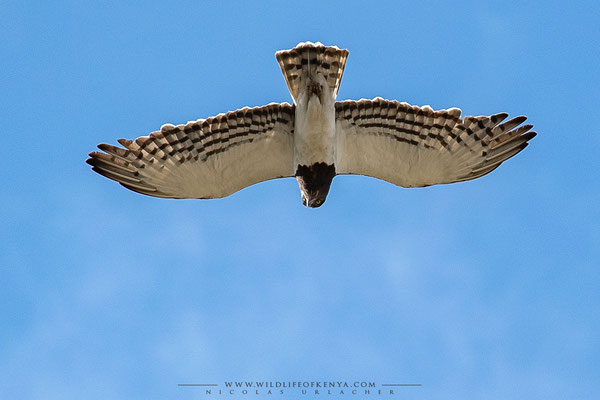 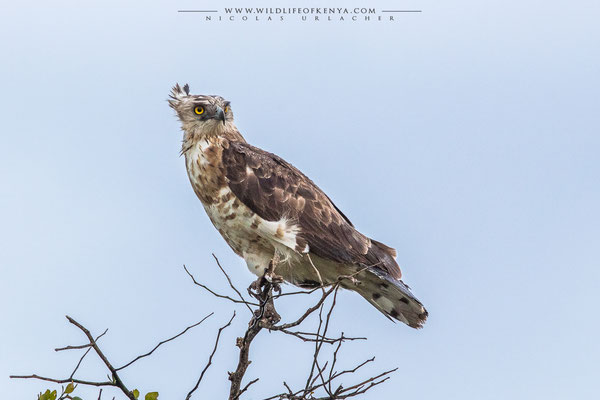 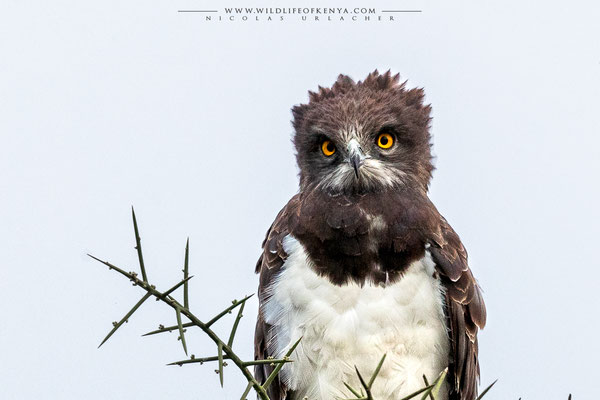 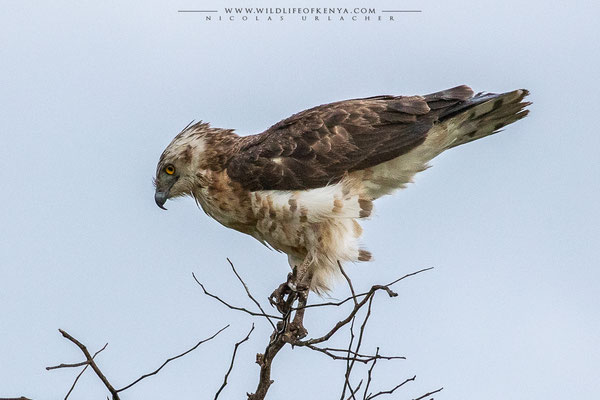 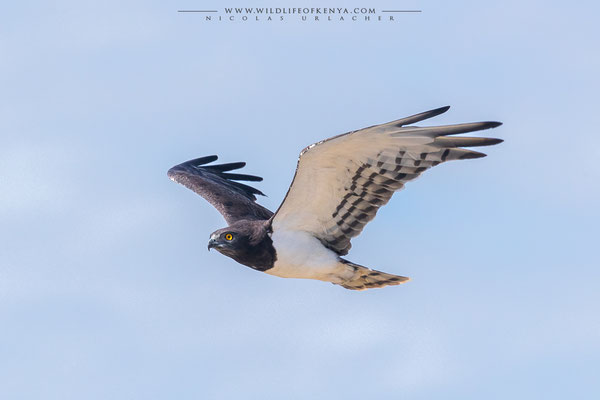 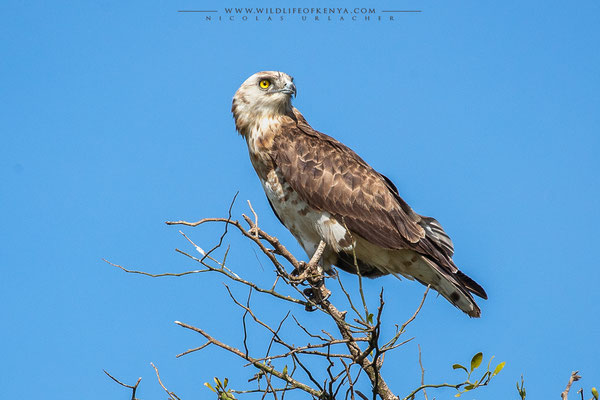 The black-chested snake eagle or black-breasted snake eagle (Circaetus pectoralis) is a large African bird of prey of the family Accipitridae. This species has an Afrotropical distribution and can be found throughout southern and East Africa, from Ethiopia and Sudan in the north to South Africa (north of 26S) in the south, ranging as far west as the southern Democratic Republic of the Congo and southeastern Gabon. It is a partial migrant, with many populations in southern Africa and East Africa appearing to be resident year-round.

The species inhabits a variety of different habitats, including open acacia and miombo woodlands, grasslands and thornbush savannas, and even semi-arid savanna and desert areas. It avoids mountainous and forested areas. The species is also known to make use of anthropogenic habitats such as farmland and electricity pylons or telephone poles. It is sympatric with the brown snake eagle in much of its range, and the two species have been reported to nest in neighbouring or even the same pylon without apparent animosity.

As its name indicates, this bird feeds mostly on snakes (particularly venomous snakes up to 80 cm. in length), but will also prey on lizards, insects, small mammals and frogs. It mainly hunts from a perch or by hovering or searching the ground, stalking prey on the wing and then parachuting slowly to the ground to capture its prey.