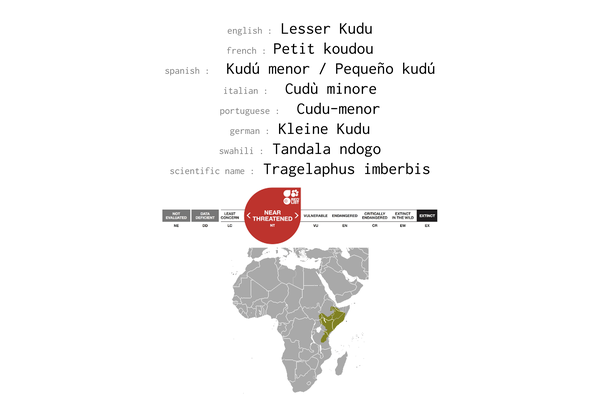 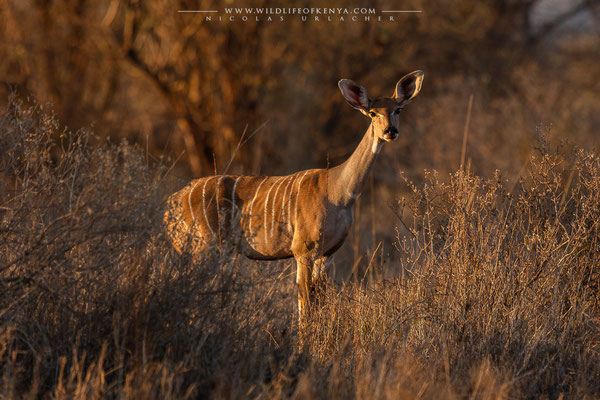 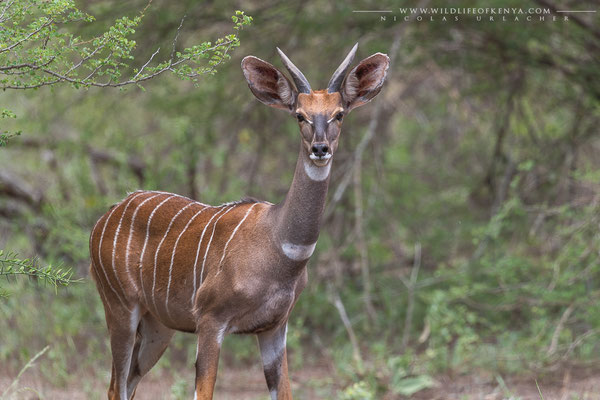 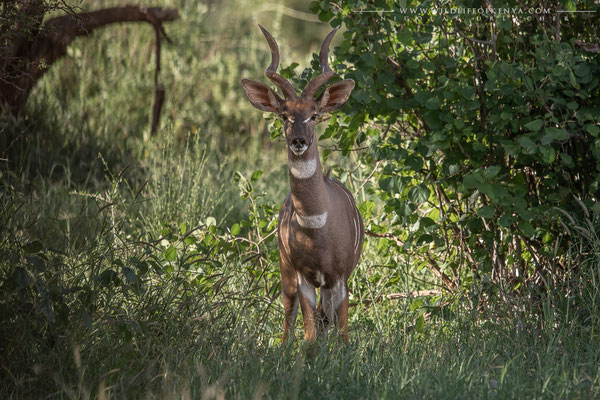 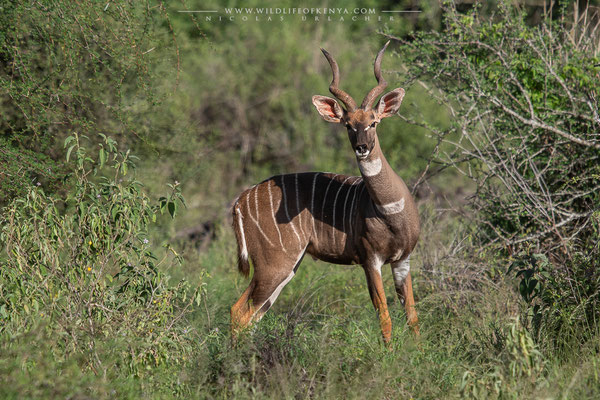 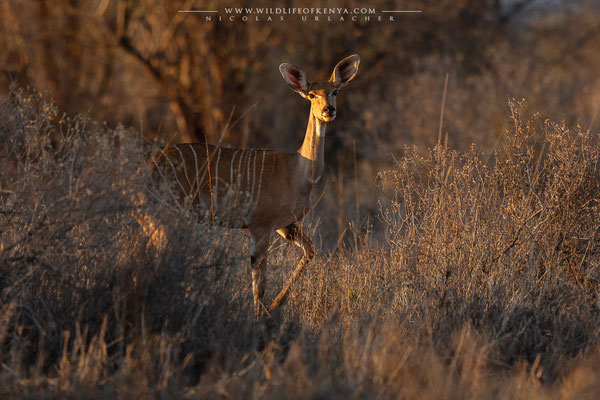 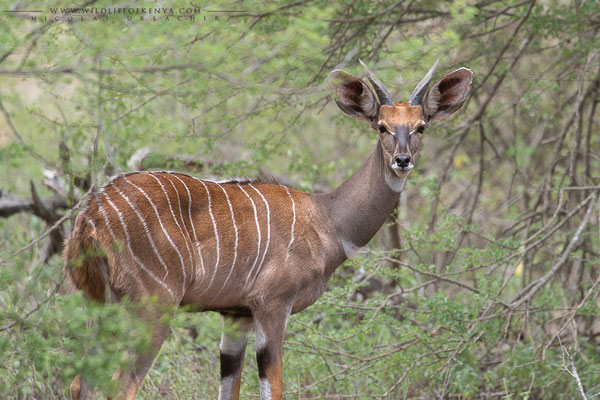 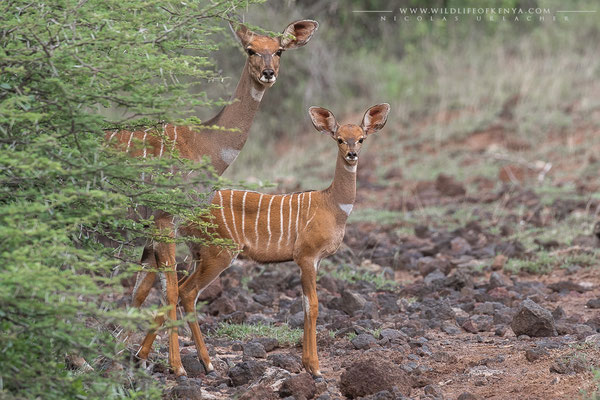 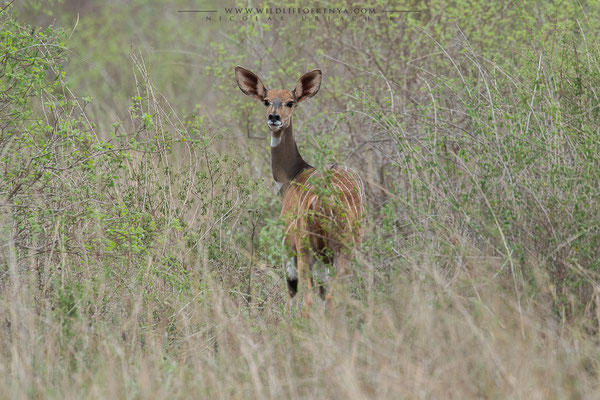 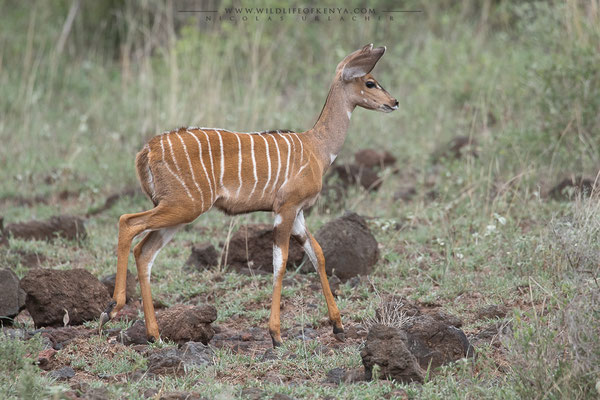 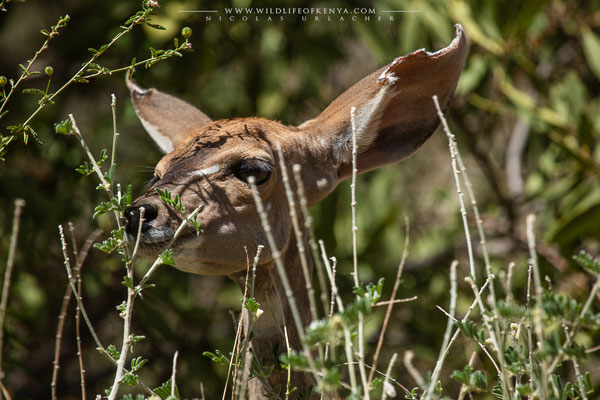 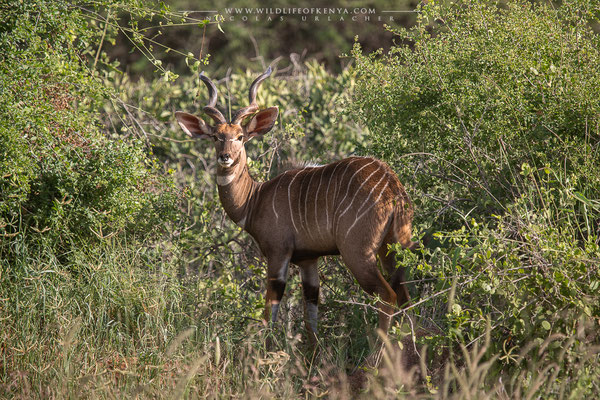 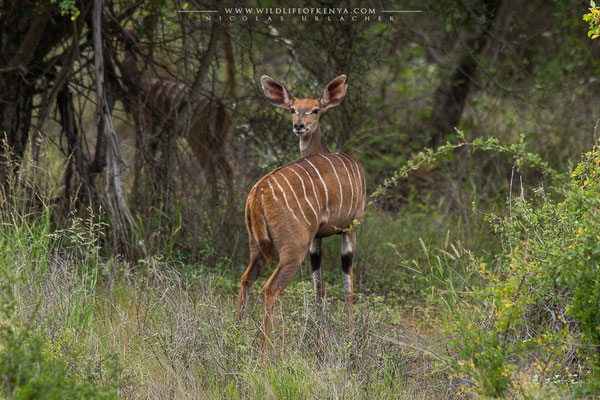 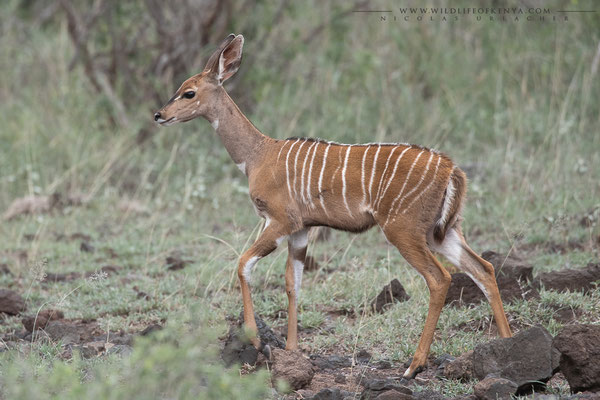 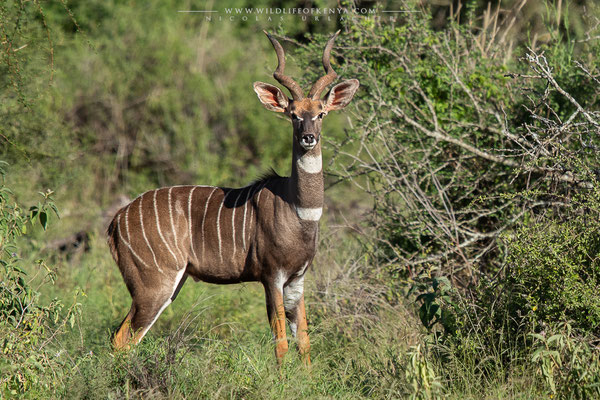 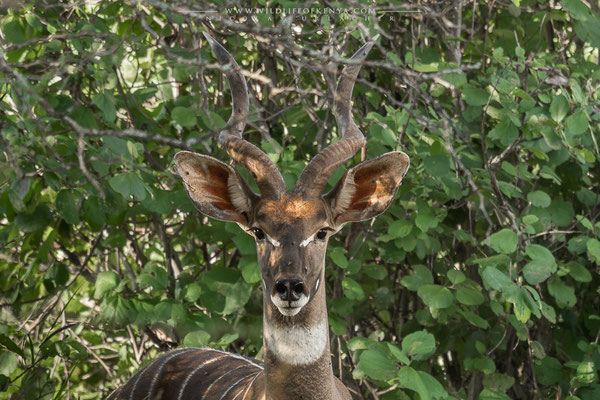 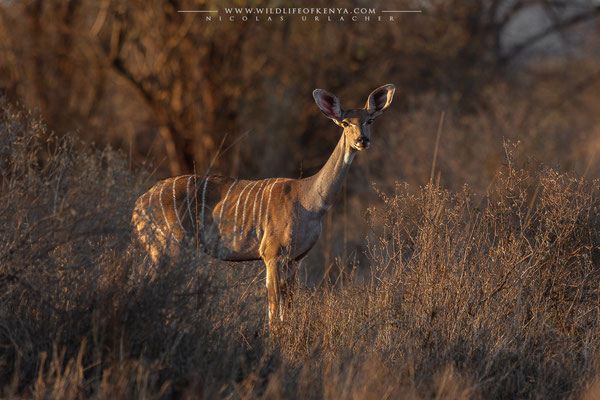 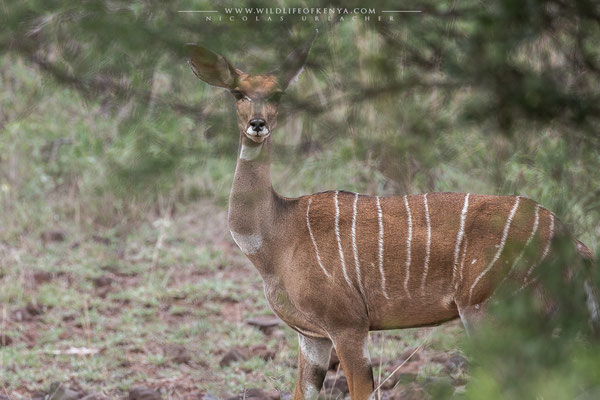 The lesser kudu is a shy and wary animal.It is primarily nocturnal and inhabit dry, flat, and densely thicketed areas as well as woodlands and hilly land in east Africa. Lesser kudus are rarely seen in open or cleared areas of land. They live in small groups. Young males leave their mother usually within two years and go on to travel alone or in all-male groups. Females form small groups which can be made up of mothers and female siblings.

They are fantastic athletes as they are able to jump distances of more than 9 m, and more than 2.5 m high. They can also reach speeds of around 100 km/h. Kudu are highly alert and notoriously hard to approach. When alarmed, the animal stands motionless, confirming any danger – often using their large, radar-like ears –. If it senses any approaching predator, it gives out a short sharp bark, similar to the bushbuck's, then makes multiple leaps up to 2 m high with an upraised tail, the male laying back his horns to avoid overhead obstructions. If captured by the predator, the victim gives a loud bleat.

Lifespan for lesser kudu is 10 to 15 years.The total population of the lesser kudu has been estimated to be nearly 118,000, with a decreasing trend in populations. The rate of decline has increased to 20% over two decades. Presently, the IUCN rates the lesser kudu as "near threatened".

The most likely places you will find them in Kenya are Tsavo, Meru and Marsabit national parks where they prefer the drier, more bushy areas.