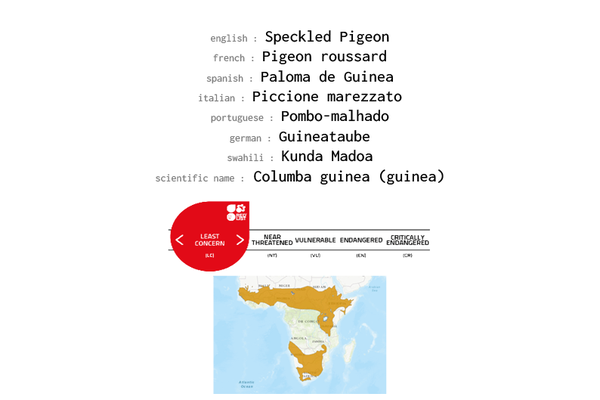 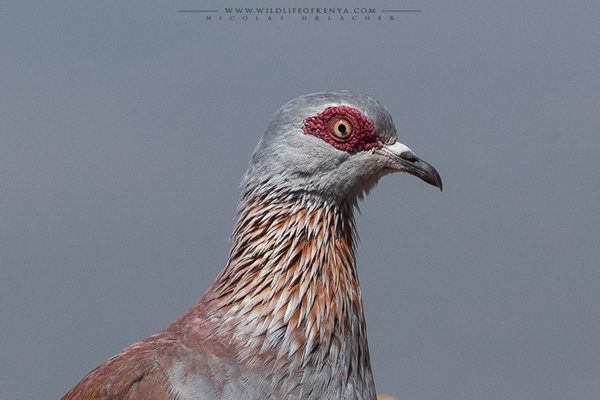 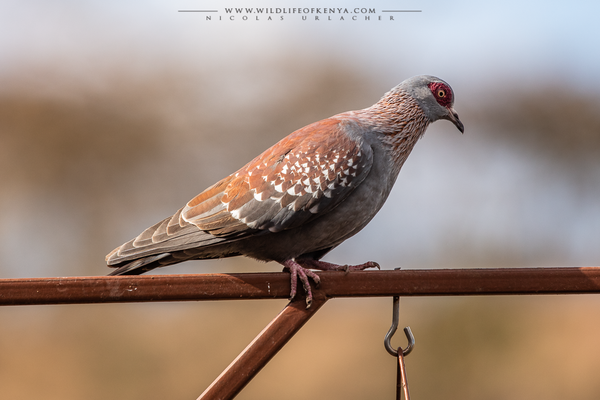 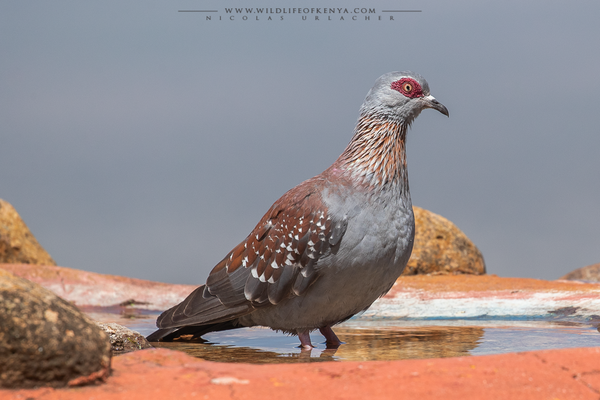 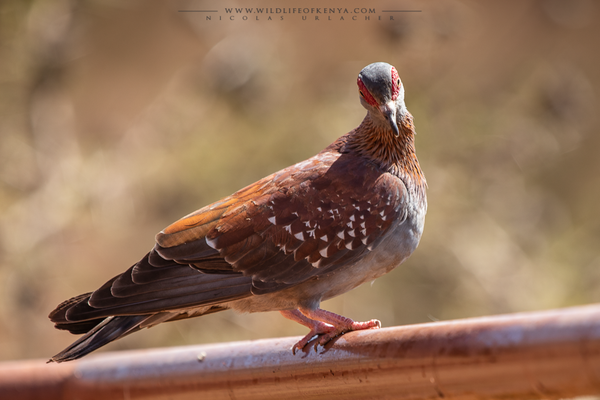 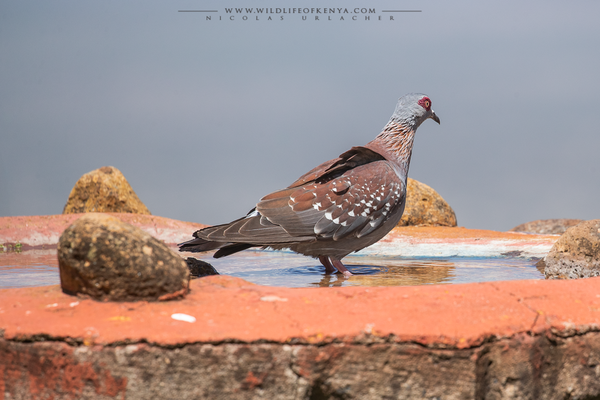 The speckled pigeon (Columba guinea), or (African) rock pigeon, is a pigeon that is a resident breeding bird in much of Africa south of the Sahara. It is a common and widespread species in open habitats over much of its range, although there are sizable gaps in its distribution. It is sometimes referred to as the Guinea pigeon due to its similar coloring to some species of guineafowl. The speckled pigeon is frequently seen around human habitation and cultivation. Most of its food is vegetable, and it gathers in large numbers where grain or groundnuts are available. This species builds a large stick nest on protected rocky outcrops and in urban areas often atop covered pergola pillars and on flat roofs under deep eaves and lays two white eggs. Its flight is quick, with regular beats and an occasional sharp flick of the wings that are characteristic of pigeons in general.