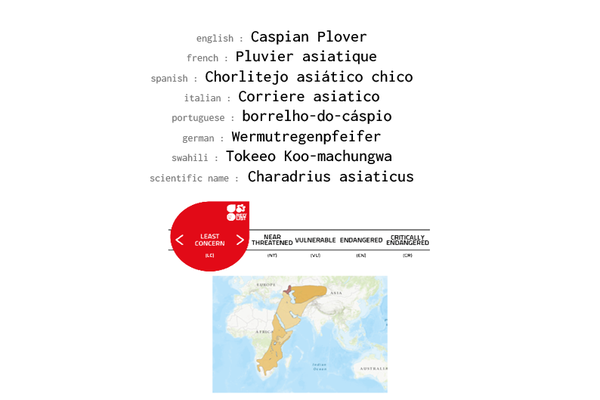 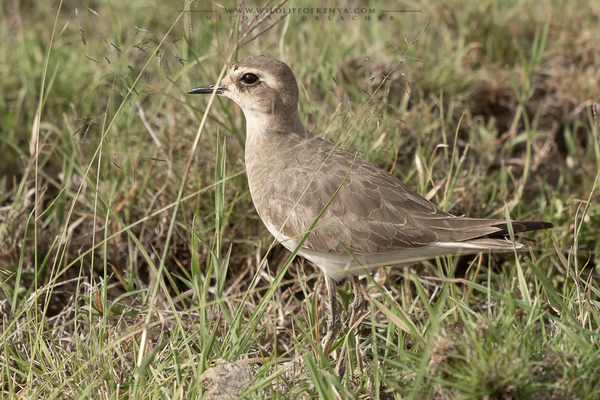 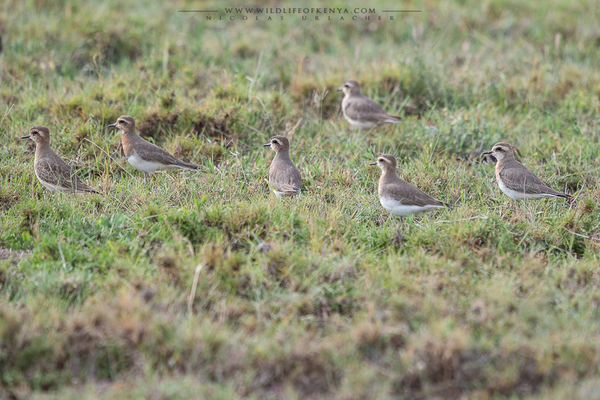 The Caspian plover (Charadrius asiaticus) is a wader in the plover family of birds. The genus name Charadrius is a Late Latin word for a yellowish bird mentioned in the fourth-century Vulgate. It derives from Ancient Greek kharadrios a bird found in ravines and river valleys (kharadra, "ravine"). This plover is slightly larger than ringed plover, and it recalls greater sandplover and lesser sandplover in appearance. It is slimmer and longer-legged than the sandplovers, and has a much stronger white supercilium, and a long thin bill. It also lacks white tail sides and a weak wing bar. Summer males have grey-brown backs and a white face and belly. The breast is chestnut, bordered black below. Other plumages have a grey-brown breast band, although the summer female may show a hint of chestnut. The call is a sharp chip.

The Caspian plover breeds in western Asia in the area of the Caspian Sea. Its range includes southern Russia, Turkey, Iran, Turkmenistan, Kazakhstan, Uzbekistan and Afghanistan. Its habitat is steppes, desert verges, saltpans and saline soils amongst sparse shrubby vegetation up to an altitude of about 800 m. After breeding, it migrates to eastern and southern Africa, going as far as the Zambezi River. Its winter quarters are usually dry grassland, coastal dunes, saltmarshes, dry floodplains and sometimes cultivated land. This plover is a very rare vagrant to western Europe. It is also a rare vagrant to Australia.

It breeds on open grassland in central Asia, mainly to the north and east of the Caspian Sea. It breeds in loose colonies, with three eggs being laid in a nest on the bare ground or among short vegetation.

It feeds in a similar way to other plovers picking beetles, termites, ants, grasshoppers, small snails and other small prey mainly from the ground. It sometimes eats the seeds of grasses.