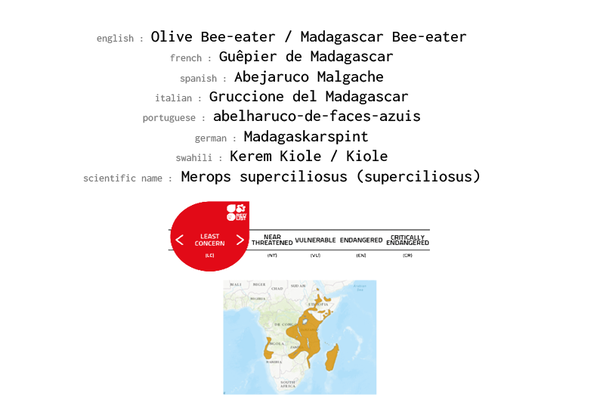 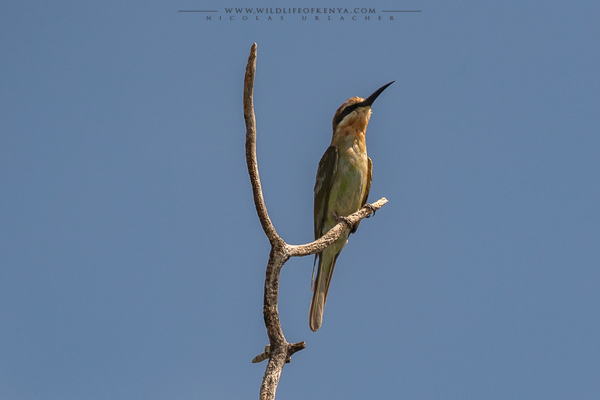 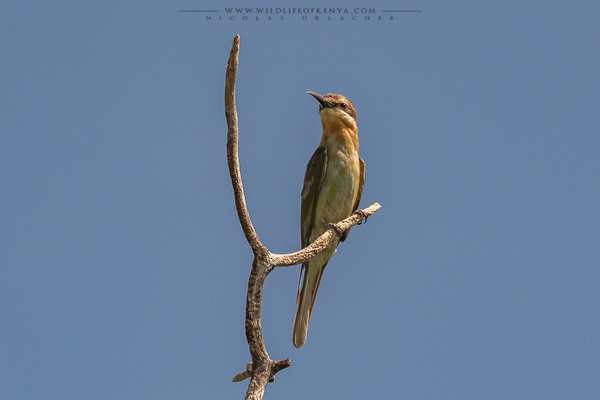 The olive bee-eater or Madagascar bee-eater (Merops superciliosus) is a near passerine bee-eater species in the genus Merops. It is native to the southern half of Africa. It is a common species with a wide range so the International Union for Conservation of Nature has rated their conservation status as "least concern". The olive bee-eater grows to a length of 23 to 26 cm  with its tail streamers adding up to 7 cm. The sexes are similar, and adults have bronzy-green plumage with an olive cap and white forehead, eyebrows, chin and cheeks. The rump and tail are blue, apart from the streamers, which are black.

They are partially migratory, and usually breed only in the southern portion of their range, moving north for the dry season in southern Africa. It lays four eggs in a burrow nest at the beginning of the southern African wet season, and the chicks usually hatch at the beginning of December. Unlike most bee-eaters, the species does not practice cooperative breeding and post-fledging dependence is only around 19 days, which is typical of temperate zone passerines and about half that of most Meropidae species.