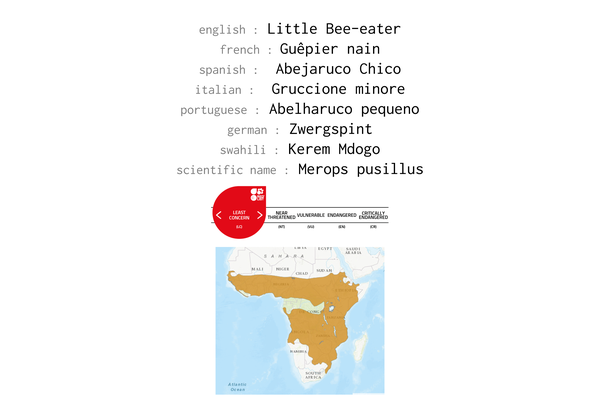 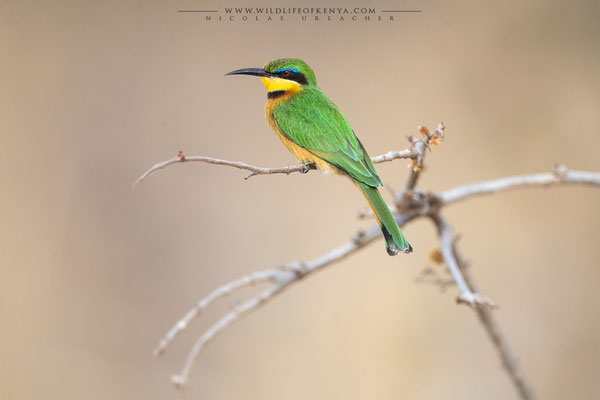 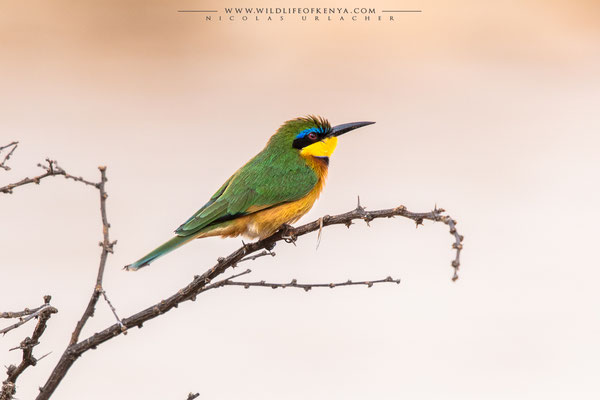 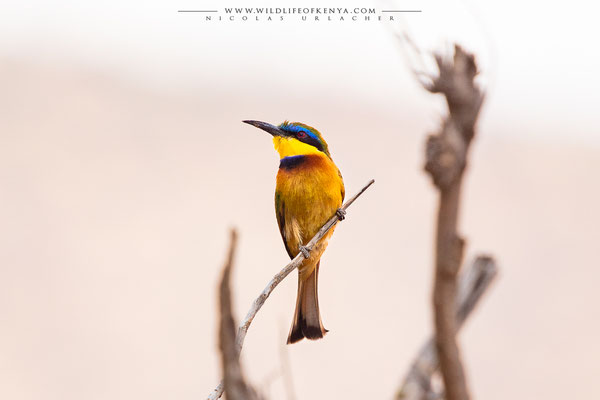 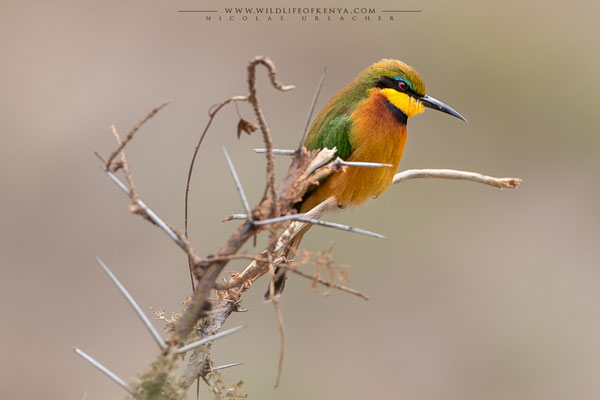 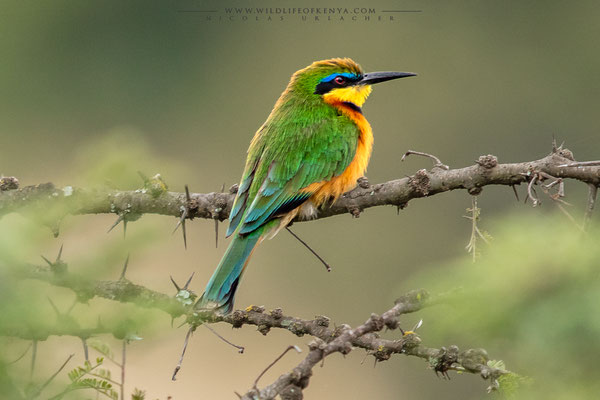 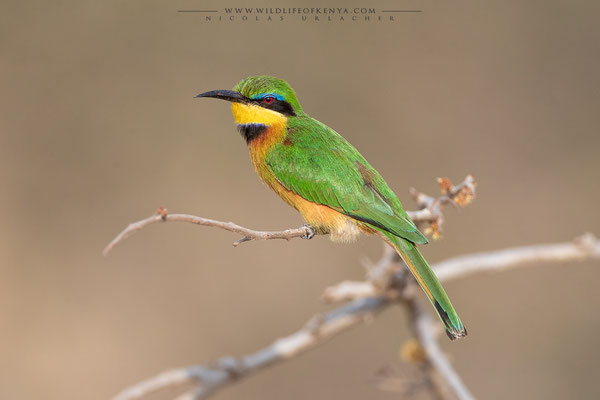 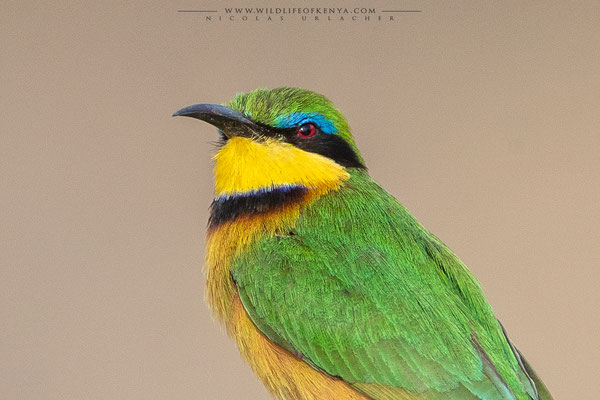 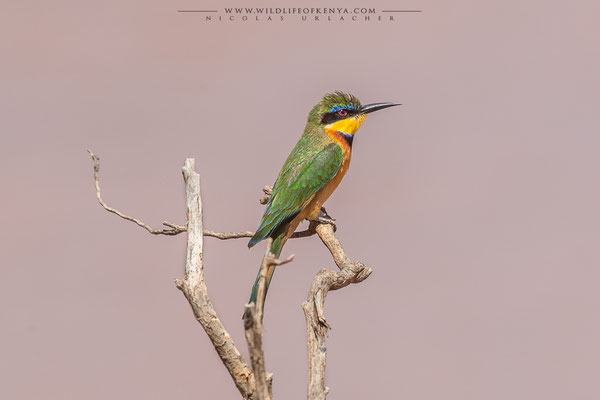 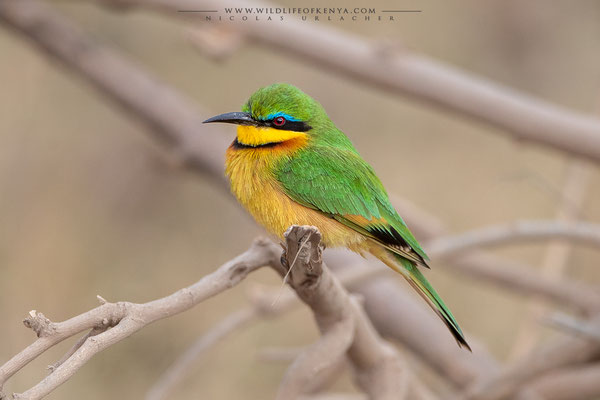 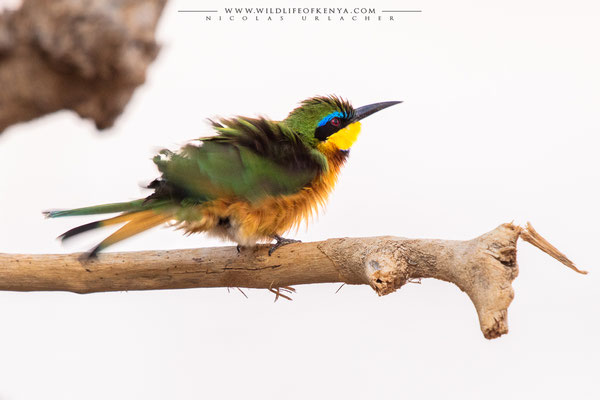 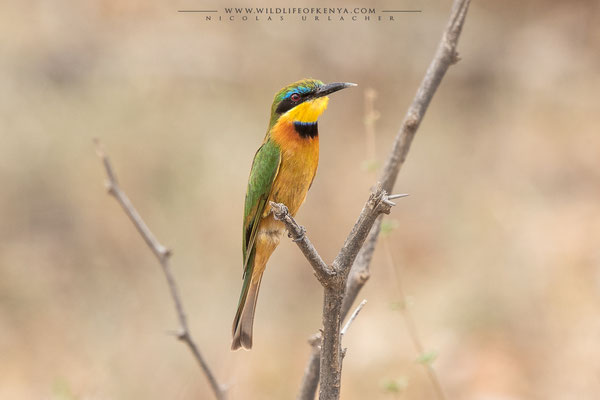 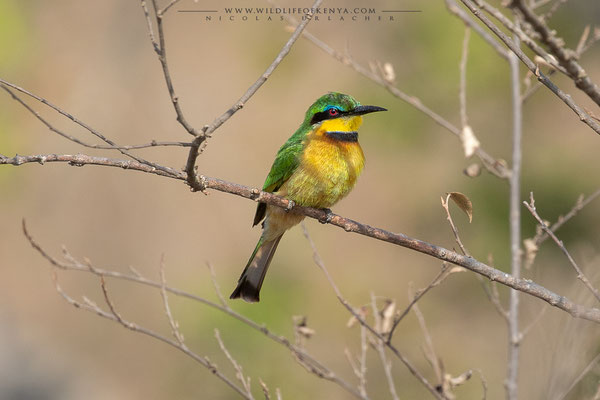 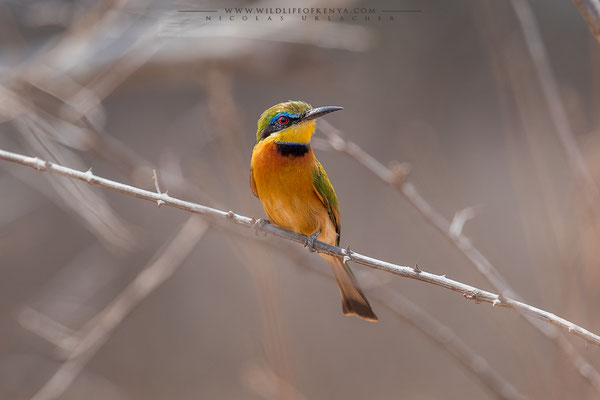 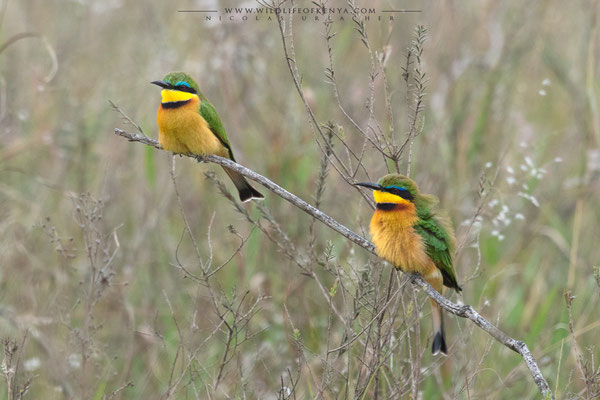 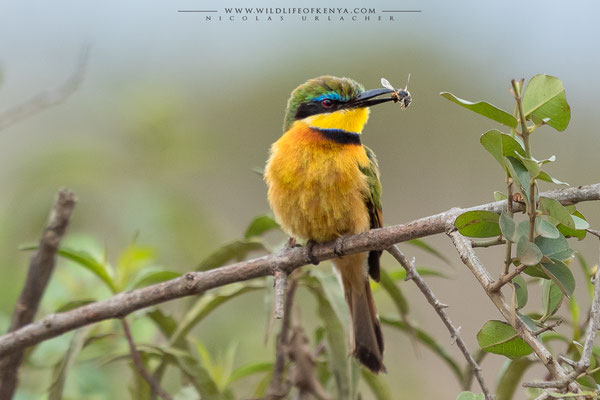 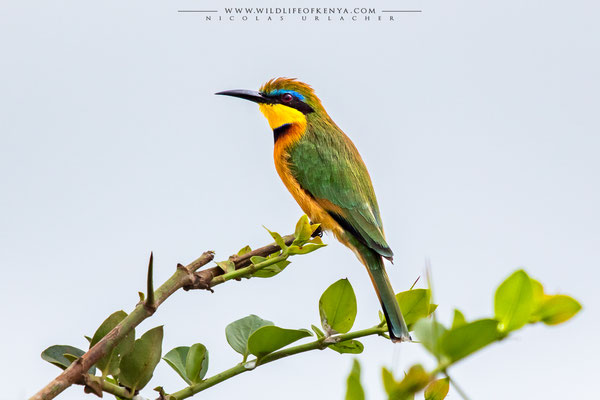 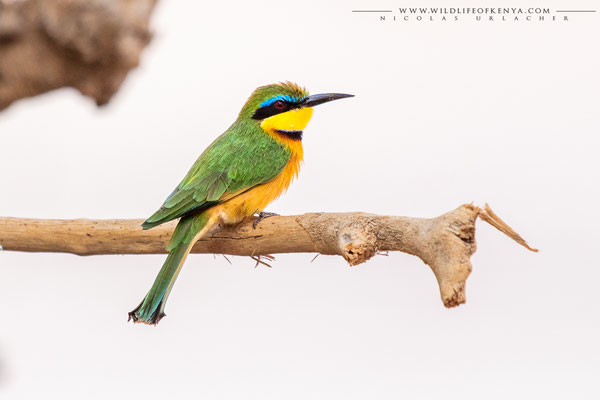 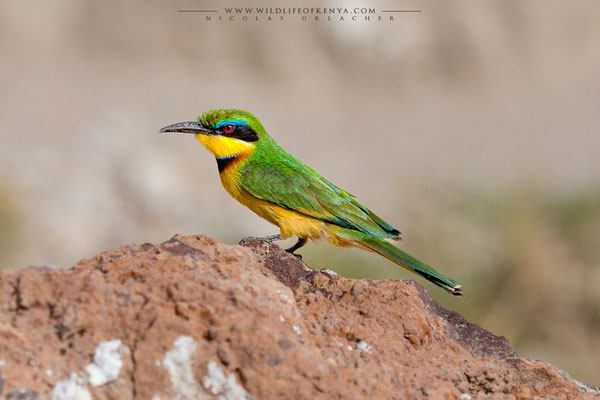 The little bee-eater (Merops pusillus) is the smallest bee-eater species in Africa with a length of 15-17 cm. Little bee-eaters are often found in open habitats with adequate bushes and small trees, preferably close to a water source. They are either solitary or in small groups as they hunt prey perched on low and often bare branches. Main diet is bees, wasps, hornets and other small insects. They will often spot a prey from their perched position, fly and capture the prey, before returning to the same position. They will kill their prey by knocking it on the branch, or another hard surface, before eating it. This technique also removes the stinger if present on the insect.

The little bee-eater does not breed in large communities such as many other bee-eater species and will only breed in pairs. In southern Africa they breed at the end of the dry season or beginning of the rainy season, from September to November. They nest in burrows 50-130 cm deep excavated in sandy banks, abandoned mammal burrows. or even sand bunkers on golf courses. Four to six white, round eggs are laid and incubated for 18-20 days by both male and female. Life expectancy for a little bee-eater is 12 to 18 years.

The little bee-eater is a widespread and common species throughout sub-Saharan Africa. It is found in most of the large protected areas, but is also common outside nature reserves. There are no current threat to the species and it is listed as least concern on the IUCN Red List.