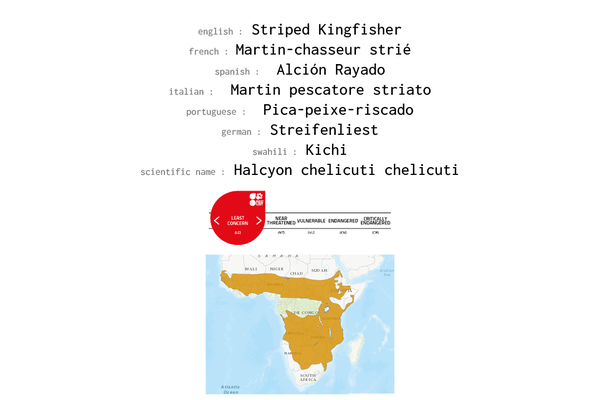 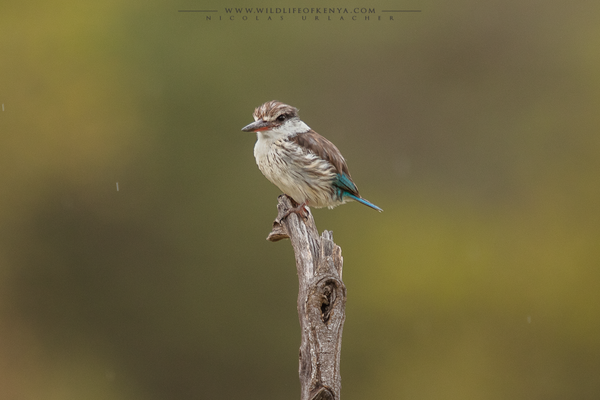 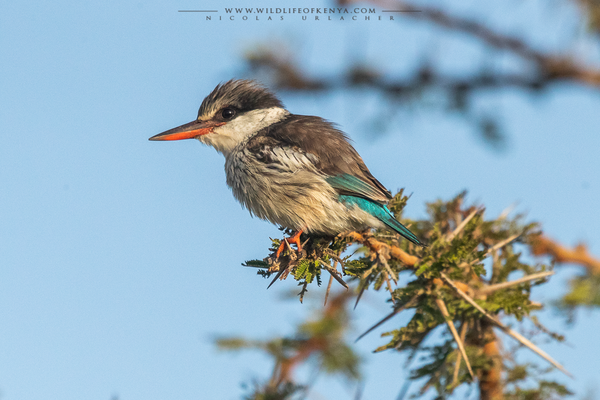 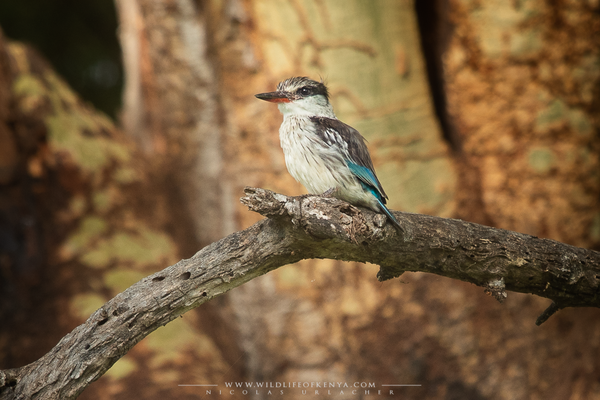 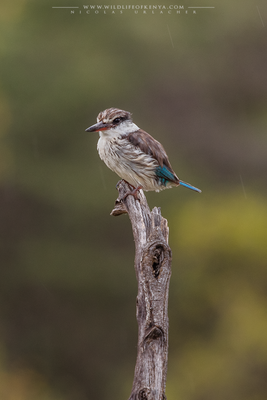 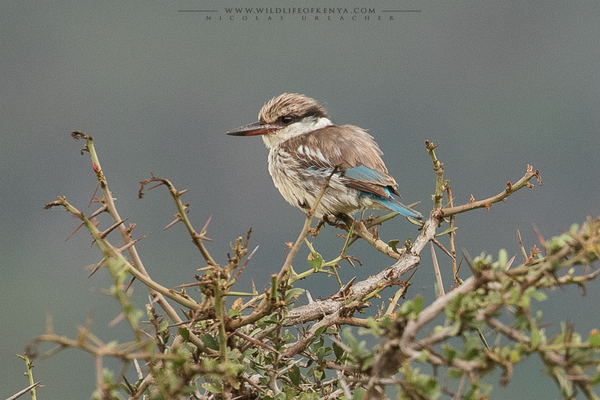 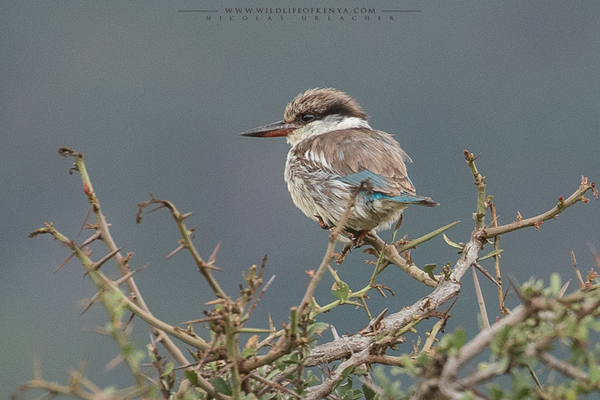 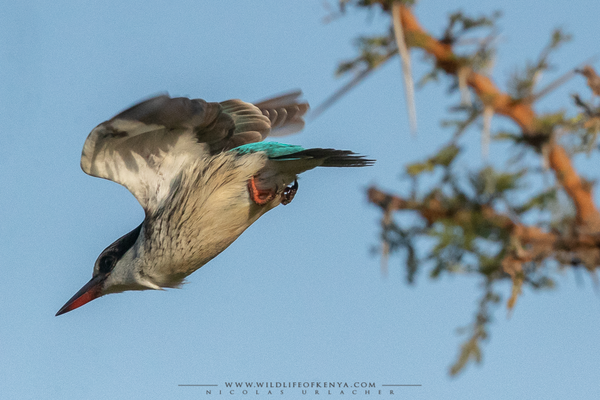 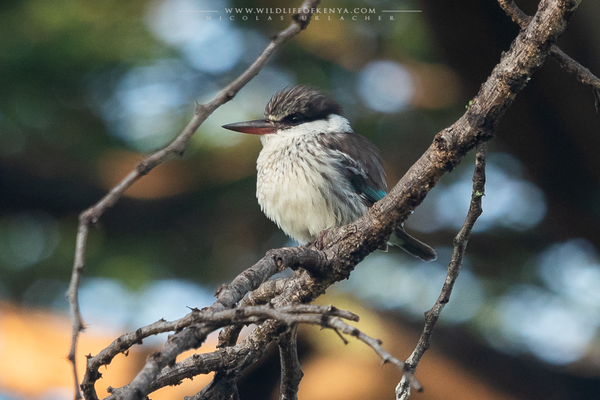 The striped kingfisher (Halcyon chelicuti) is a species of bird in the tree kingfisher subfamily. This is a highly territorial bird which will chase off not only others of the same species, but also shrikes, doves and rollers. The territory may be up to three hectares (7.4 acres) in size, and hold 100 tall trees. It is surveyed from a treetop by its owner, who sings from before dawn intermittently until after midday. This species occurs in Sub-Saharan Africa except in dense forests, the Horn of Africa, the Namib Desert and South Africa. It prefers woodland, thorn scrub, dry bush, and open savanna, but avoids intensively farmed land.

There are two subspecies: H. c. chelicuti (the one which is found in Kenya) in most of the range, and H. c. eremogiton in the northern desert parts of the range from central Mali to the White Nile region of eastern Sudan.

The striped kingfisher eats mostly grasshoppers followed by other large insects. Small lizards, snakes and rodents are occasionally taken. It hunts from a perch about 3 metres high swooping to the ground for prey up to ten times a minute. Food items are taken back to the perch and swallowed, large prey being beaten vigorously first. Grasshoppers taken to the nest to feed the young are presented to the chicks head-first, in much the same way that aquatic kingfishers deliver fish to their offspring.