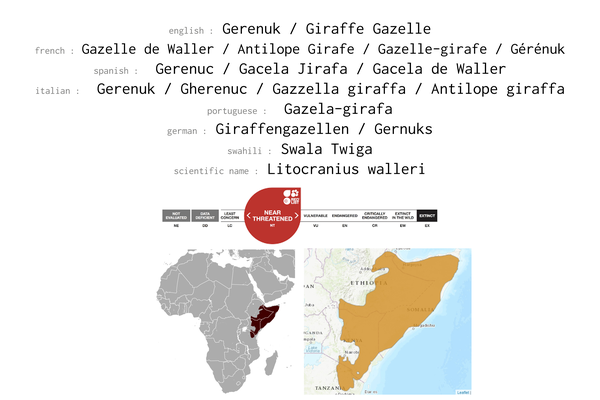 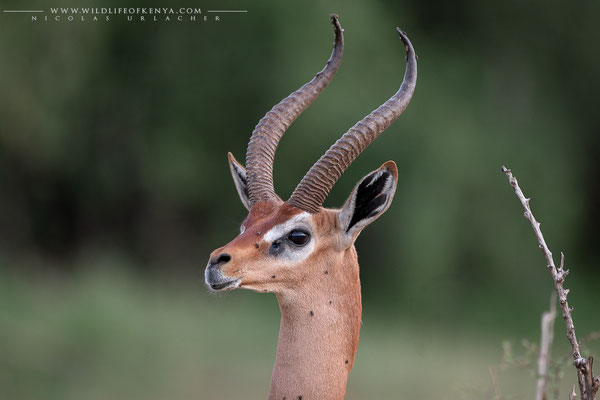 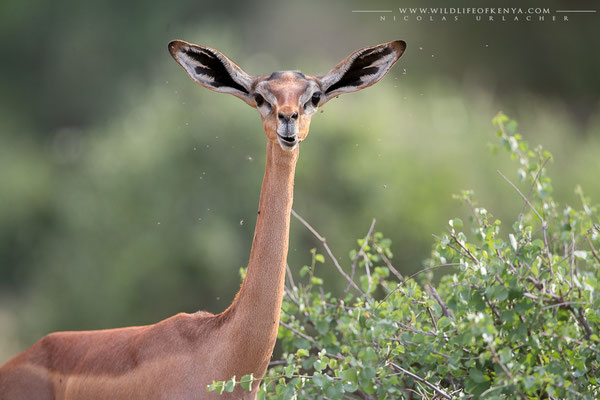 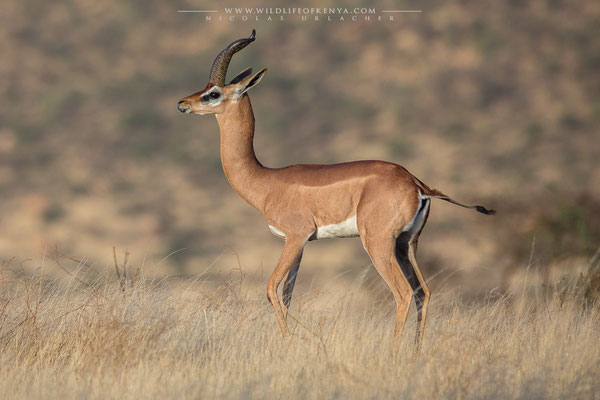 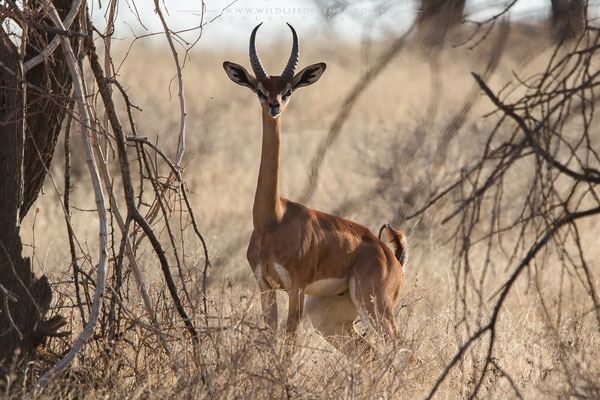 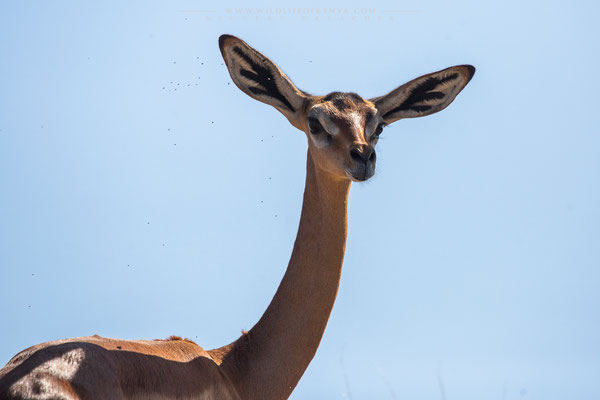 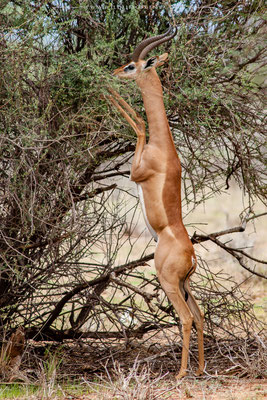 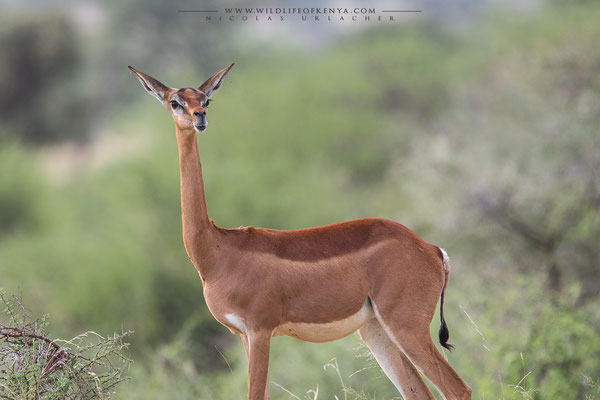 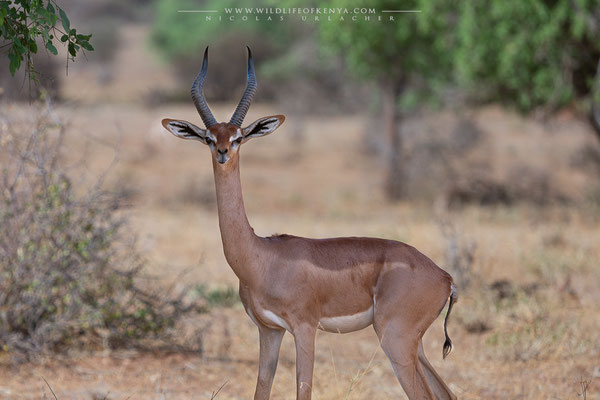 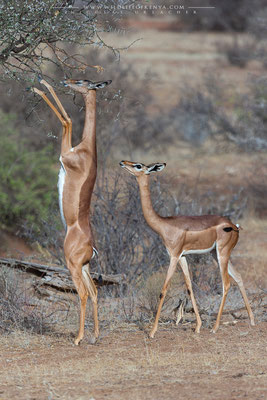 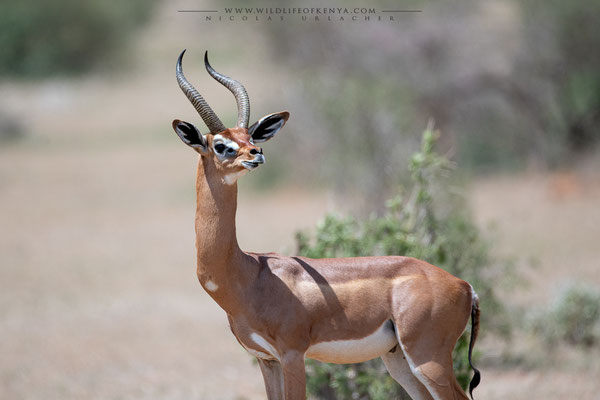 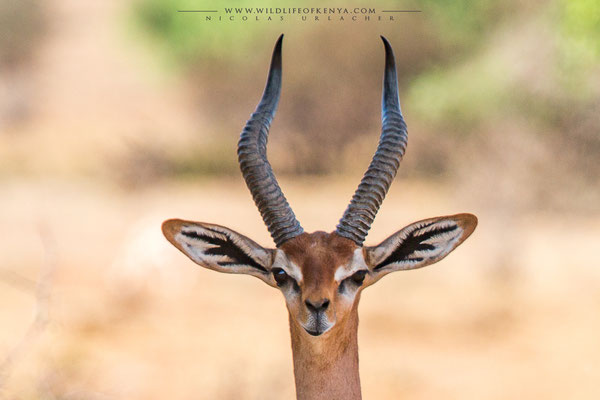 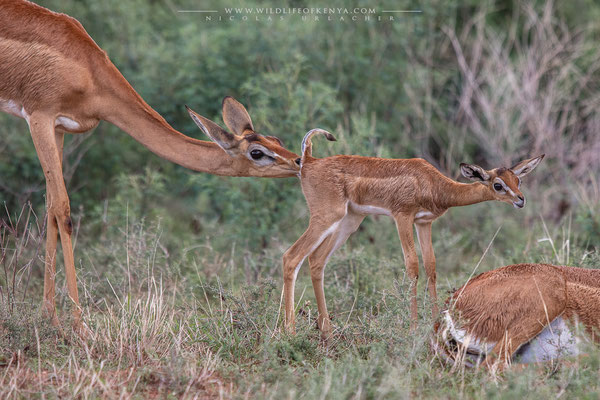 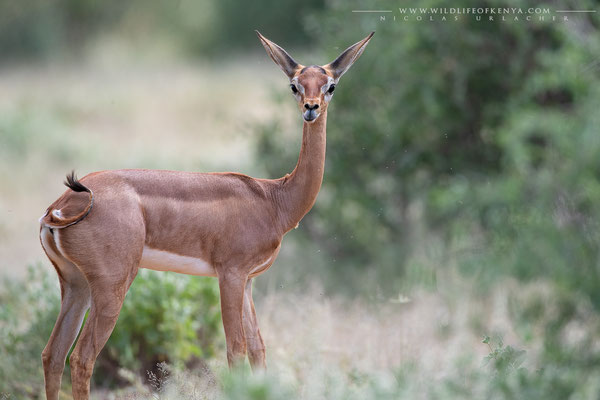 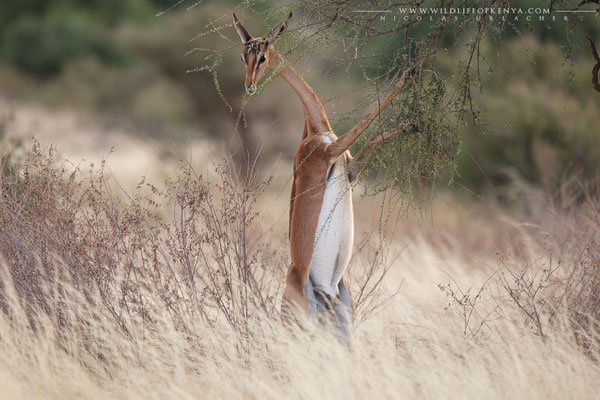 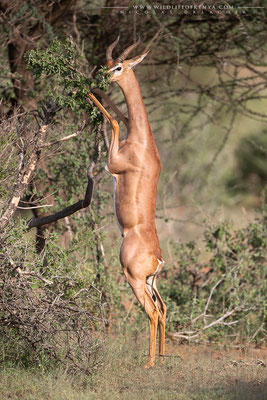 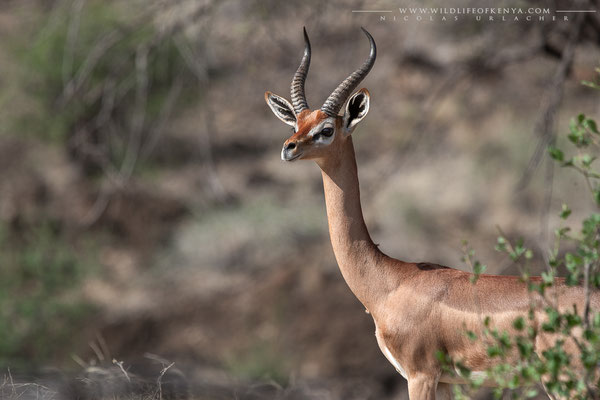 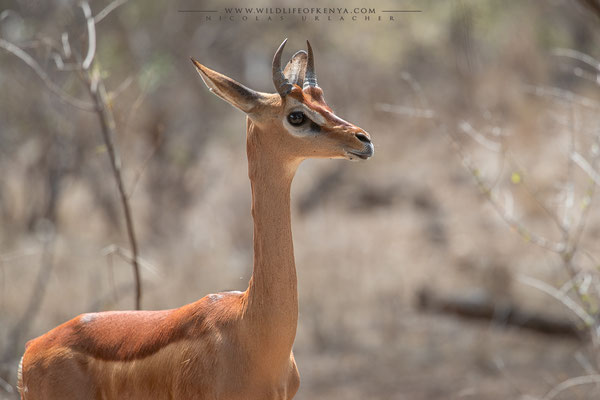 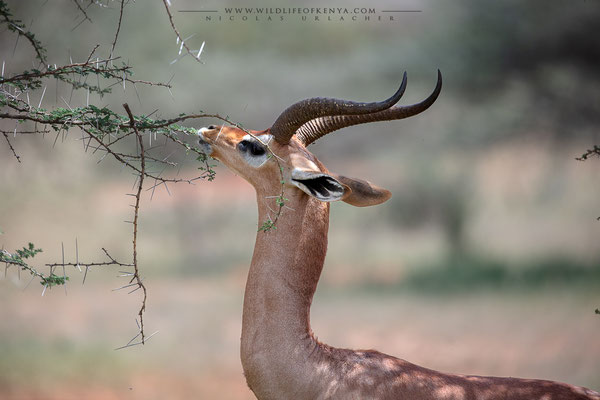 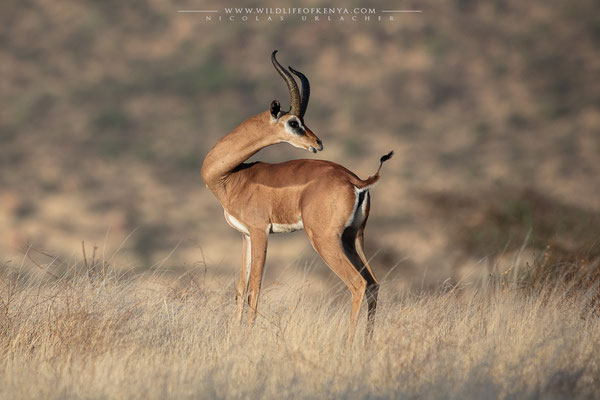 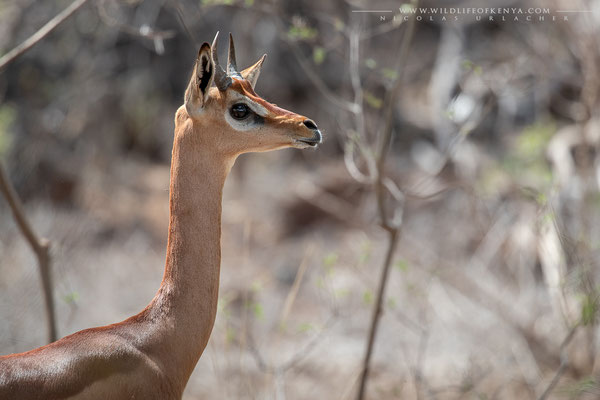 The gerenuk, also known as the giraffe gazelle, is a long-necked antelope found in the Horn of Africa and the drier parts of East Africa ans is the sole member of the genus Litocranius. It is characterised by its long, slender neck and limbs. The antelope is 80–105 centimetres  tall, and weighs between 28 and 52 kilograms.

A gerenuk can go its entire life without drinking water. Since the gerenuk’s diet consists of leaves, shoots from prickly bushes and trees, and also flowers, fruits and buds, they do not need to consume grass or water. Gerenuks get their moisture from the plants they eat, so they can go their whole lives without taking a drink of water. This ability also enables them to survive in the dry desert areas and the scrublands.

Gerenuks have some pretty impressive gland action on their bodies. Just like most other gazelles, gerenuks have pre-orbital glands in the front of their eyes that emit a tar-like, strong-scented substance that the animal then deposits on bushes and vegetation in order to mark their territory. They also have scent glands located in between their split hooves, and more on their knees, which are covered by tufts of hair.

Gerenuk families have territory rules that they adhere by. Gerenuks live in tight-knit groups, some of which are made up of females and their young and other being exclusively males. Male gerenuks who live alone tend to stick to specific territories; in contrast, female groups may expand to a range of one to two square miles, even drifting through several male territories.

Gerenuks use their long necks and strong hind legs to eat in an interesting way. They utilize their long necks to reach plants that grow high, some as tall as six to eight feet. They are also able to feed while standing straight up on their hind legs, using their forelegs to pull down tree branches. This is highly dissimilar from other antelopes who tend to eat from the ground.

Gerenuk moms are supermoms. When baby gerenuks are born, calves weigh about 6.5 pounds. The mother gerenuk licks her fawn clean and then eats the afterbirth. A mother gerenuk offers her milk to her nursing fawn two to three times per day. The mother cleans its baby after each feeding and eats the waste of the calf in order to remove any scent that may attract predators. Female gerenuks use a lighter, more delicate tone when communicating with their young; they bleat very softly.

Gerenuks face threats to their population, just like other wildlife. Habitat loss and fragmentation from the hands of humans are currently the main dangers to the gerenuk populations. The gerenuk is presently listed as Near Threatened for conservation status, and an estimated 95,000 remain among four countries. Purposeful wildlife conservation has kept gerenuks from becoming an endangered species.

The place in kenya where to see easily gerenuks is Samburu National Reserve.