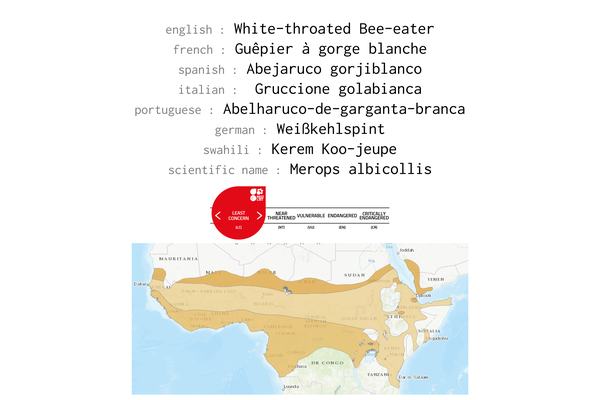 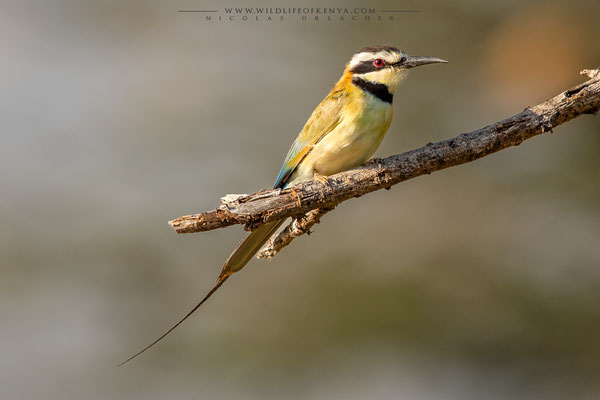 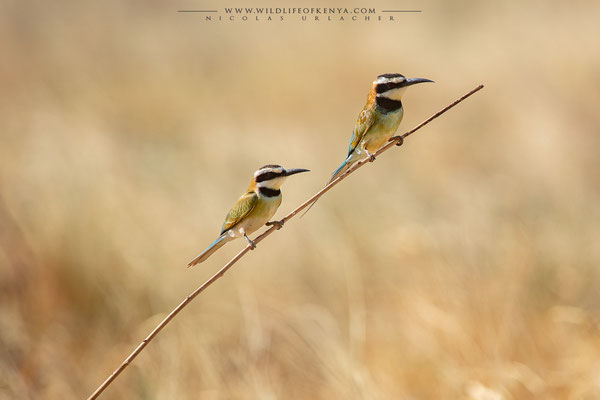 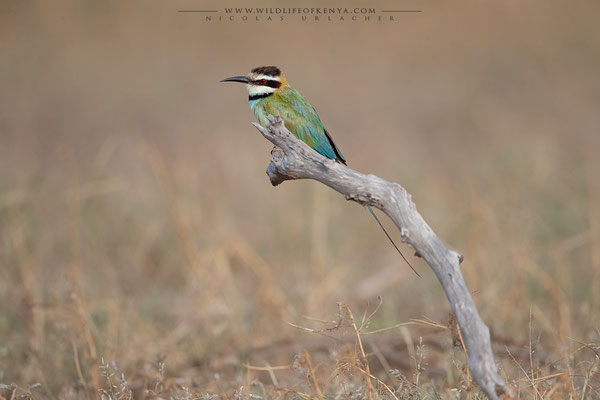 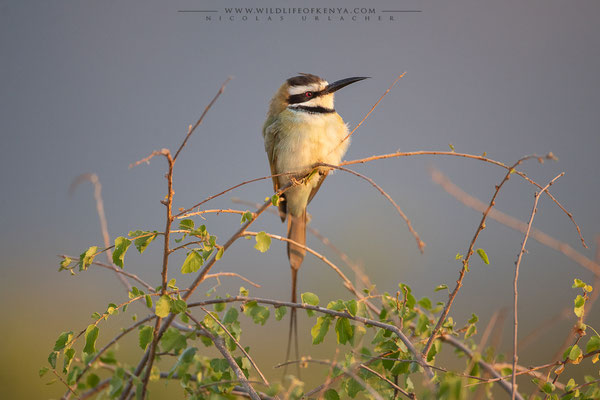 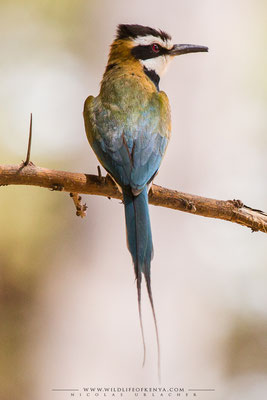 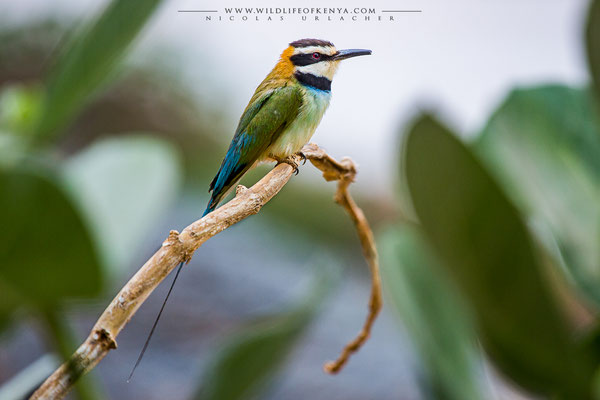 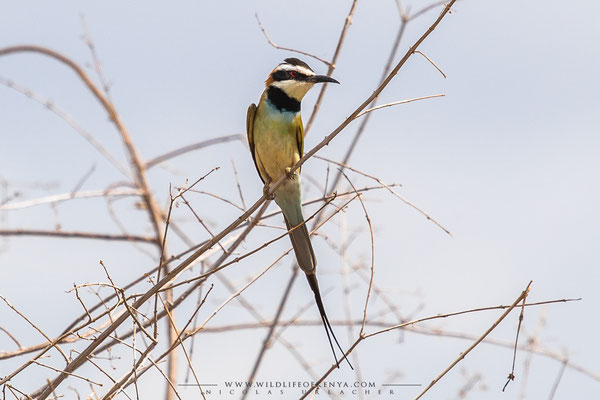 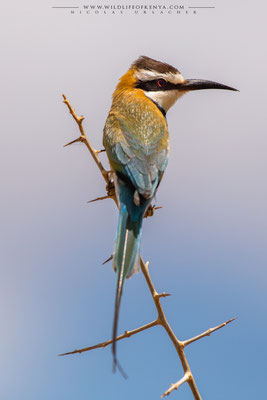 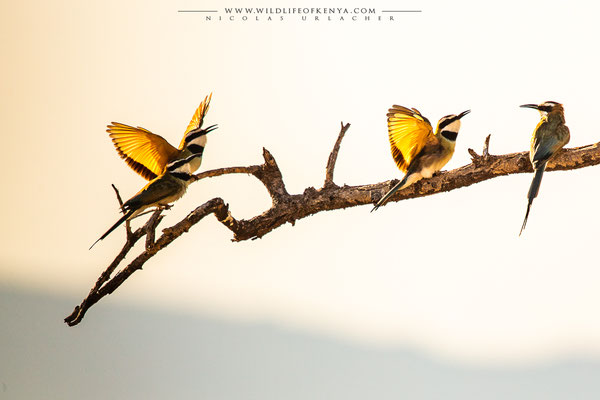 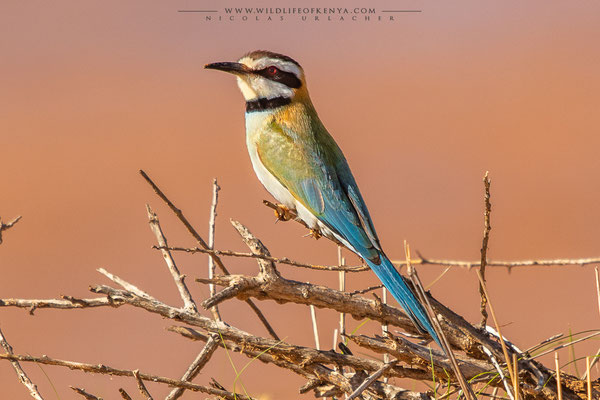 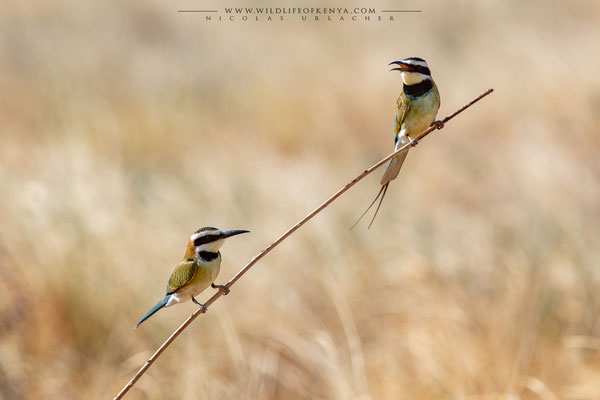 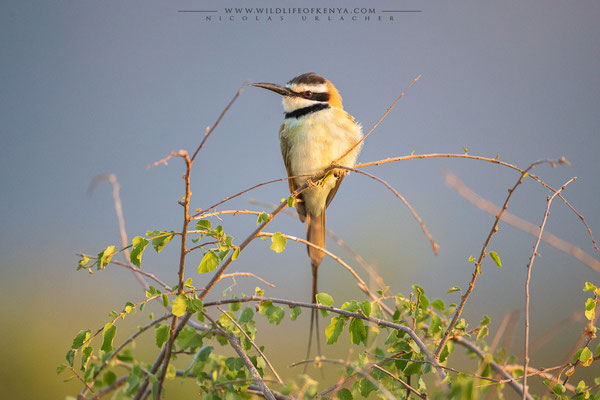 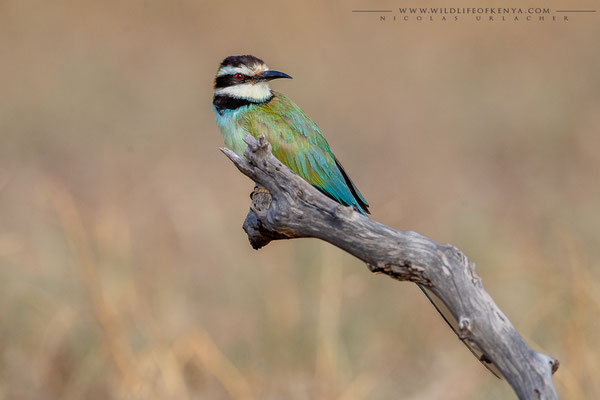 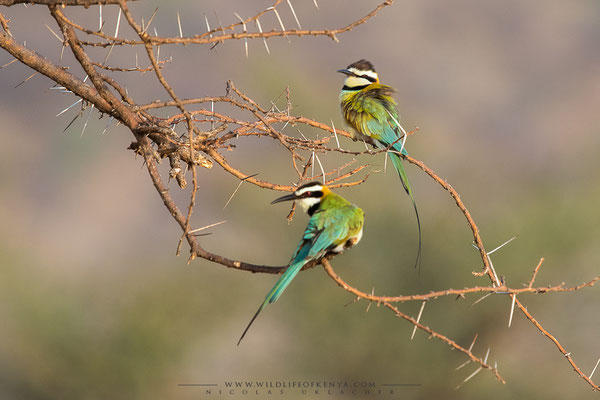 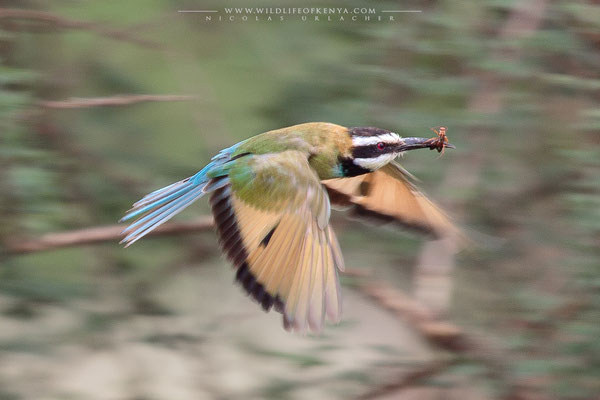 The white-throated bee-eater breeds in semi-desert along the southern edge of the Sahara, Africa. It is migratory, wintering in a completely different habitat in the equatorial rainforests of Africa from southern Senegal to Uganda.

The white-throated bee-eater is a bird which breeds in dry sandy open country, such thorn scrub and near-desert. These abundant bee-eaters are gregarious, nesting colonially in sandy banks or open flat areas. They make a relatively long 1–2 m tunnel in which the 6 to 7 spherical white eggs are laid. Both the male and the female take care of the eggs, but up to five helpers also assist with caring for the young.

White-throated bee-eaters also feed and roost communally. As the name suggests, bee-eaters predominantly eat insects, especially bees, wasps and hornets, which are caught in the air by sorties from an open perch. However, this species probably takes mainly flying ants and beetles.

Widespread and common throughout its large range, the white-throated bee-eater is evaluated as Least Concern on the IUCN Red List of Threatened Species.