Back to Waders and Water birds 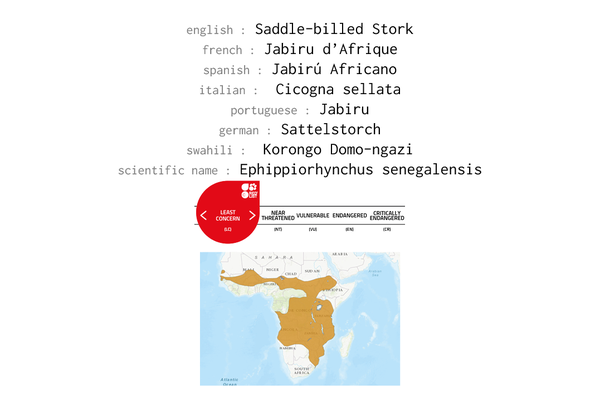 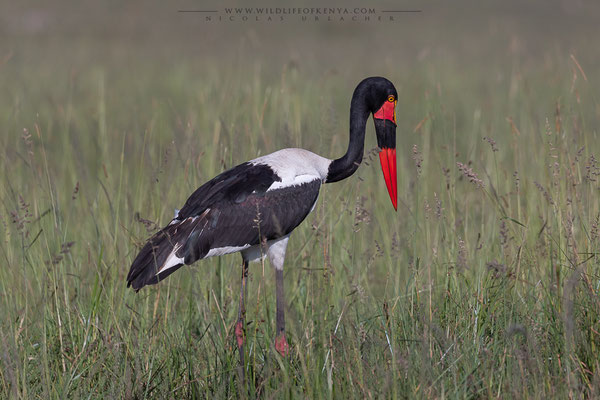 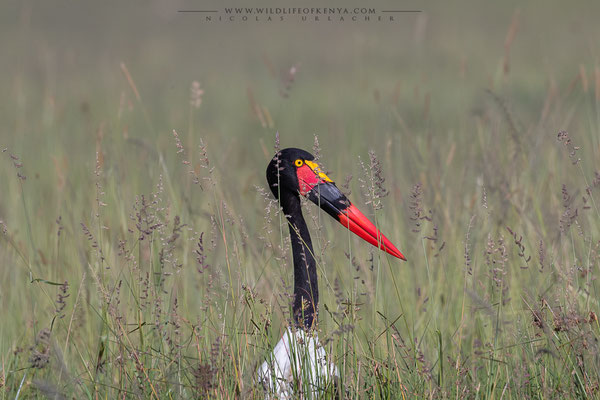 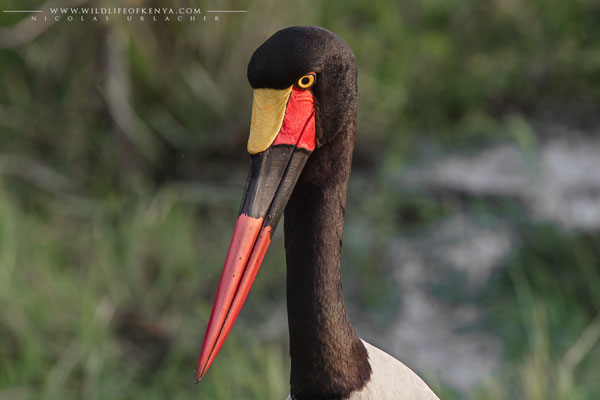 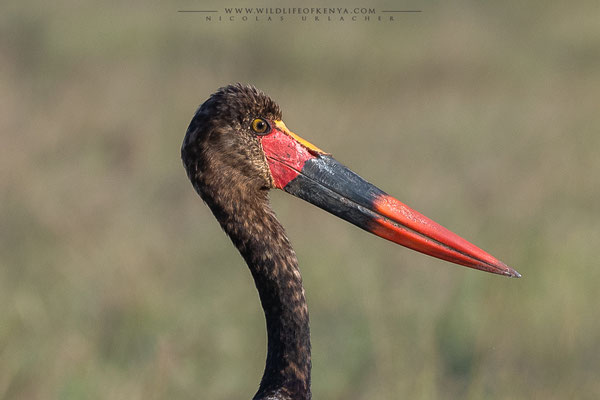 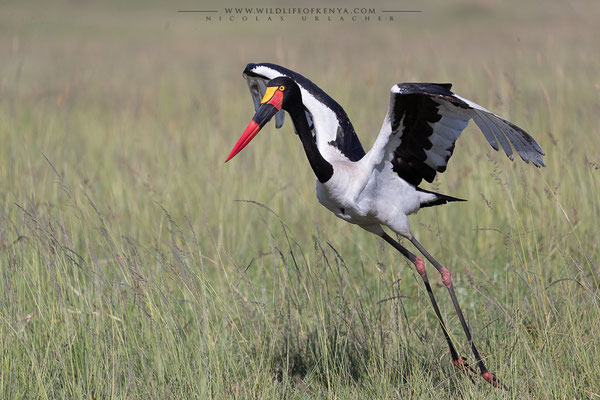 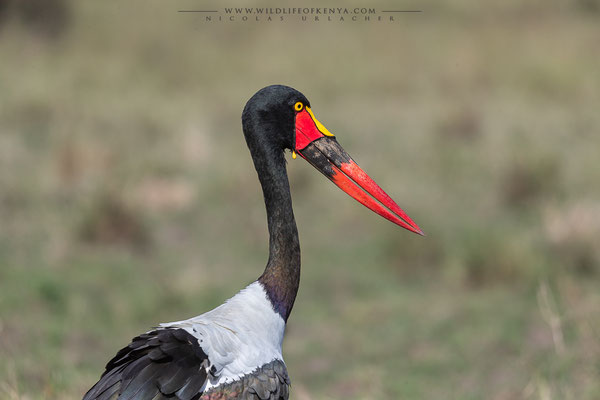 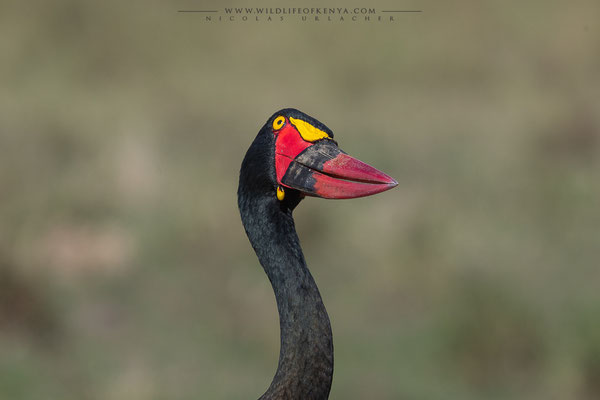 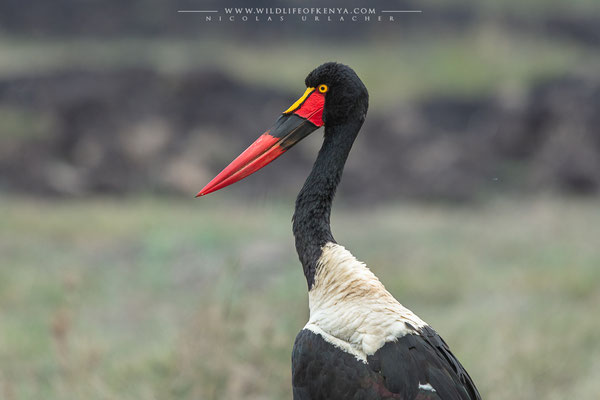 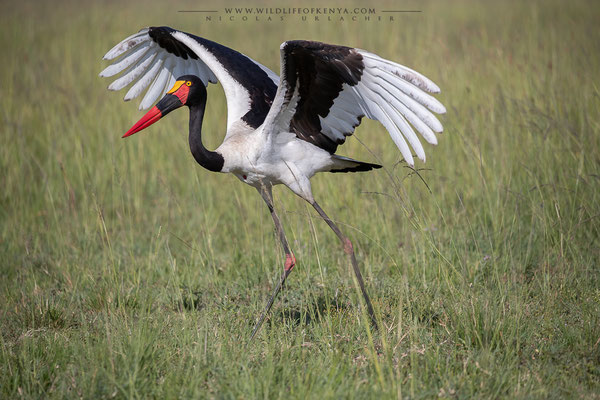 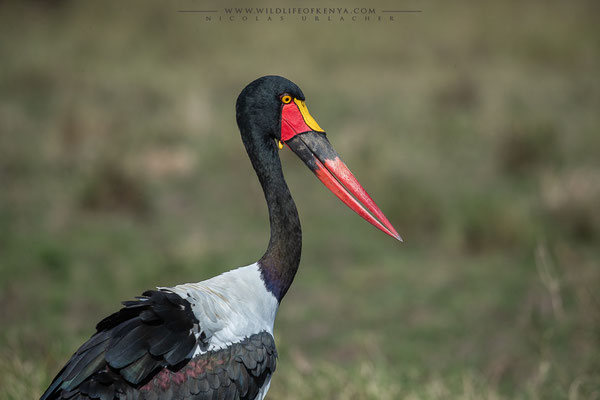 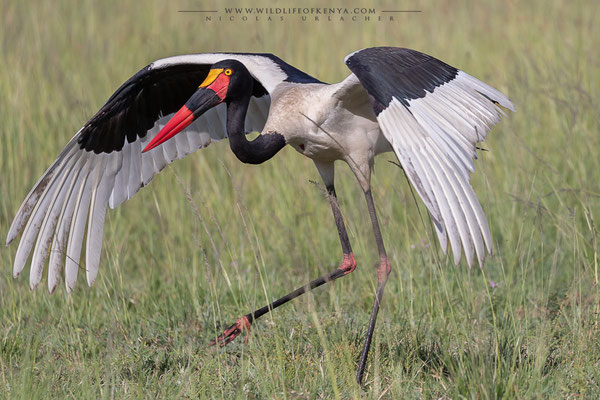 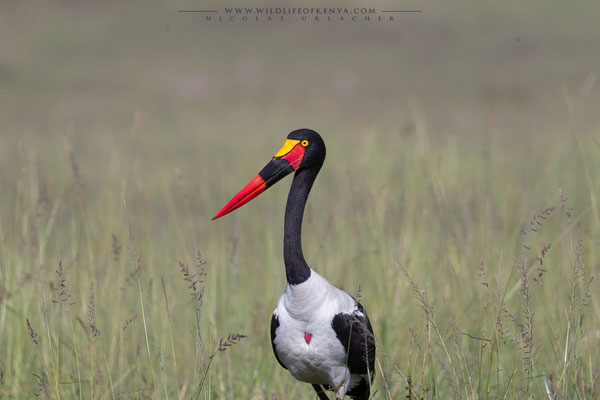 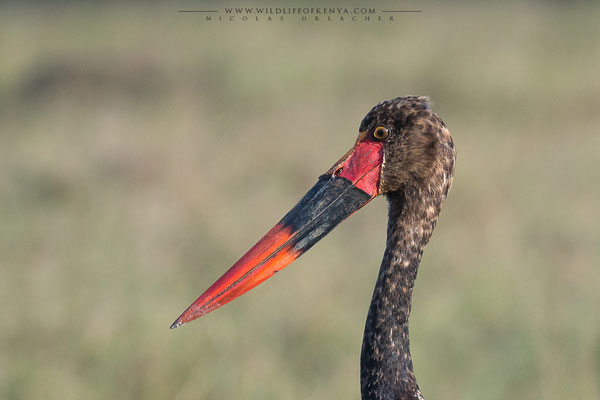 The saddle-billed stork, or saddlebill (Ephippiorhynchus senegalensis) is a large wading bird in the stork family, Ciconiidae. It is a widespread species which is a resident breeder in sub-Saharan Africa from Sudan, Ethiopia and Kenya south to South Africa, and in west Africa.

They are silent except for bill-clattering at the nest. Like most storks, these fly with the neck outstretched, not retracted like a heron; in flight, the large heavy bill is kept drooping somewhat below belly height, giving these birds a very unusual appearance to those who see them for the first time. To experienced birdwatchers on the other hand, this makes them easily recognizable even if seen from a distance. It has been suggested that due to the large size and unusual appearance in flight, this species is the basis for the "big bird" and kongamato cryptids.

Female storks have yellow eyes while the males have dark eyes, red feet, and a small waddle (underneath his beak), otherwise the two sexes are identical. Saddle-billed storks are silent since they do not have any muscles in their voice box. They rattle their bills to make noise and communicate.