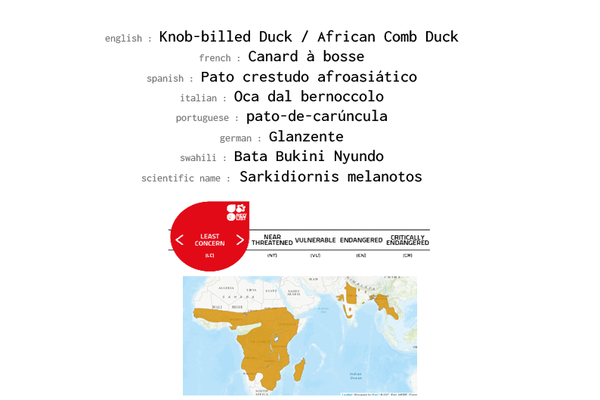 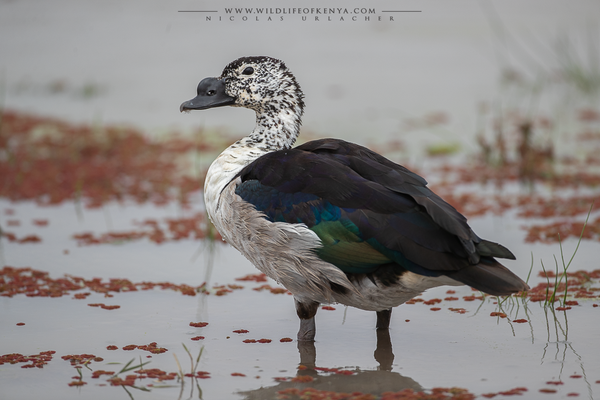 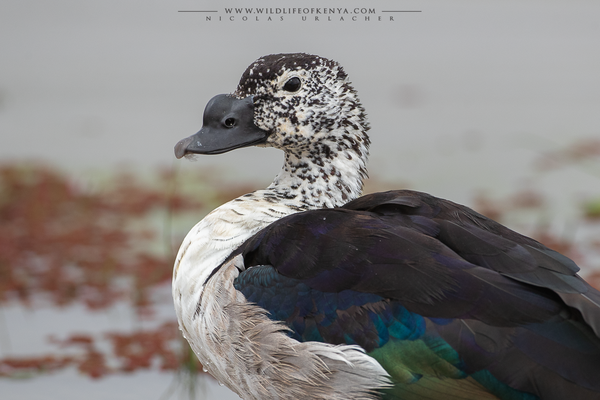 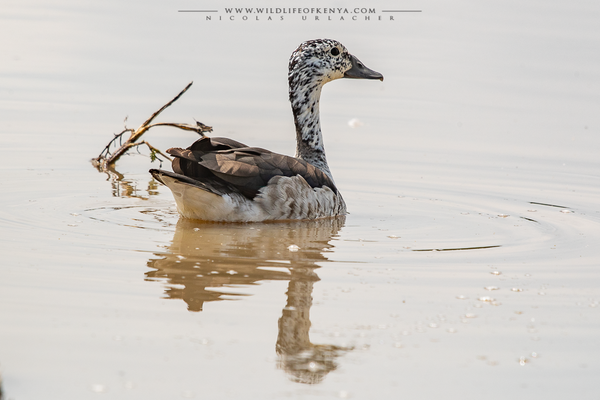 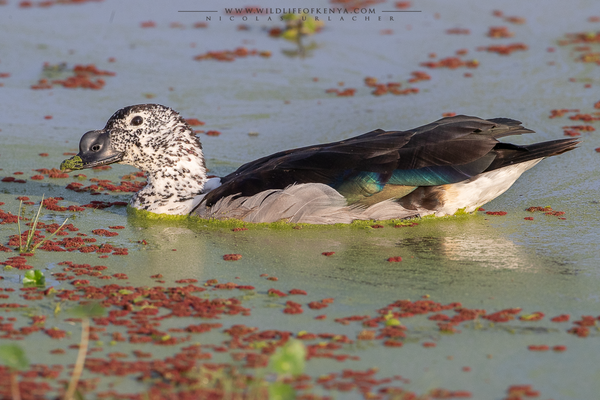 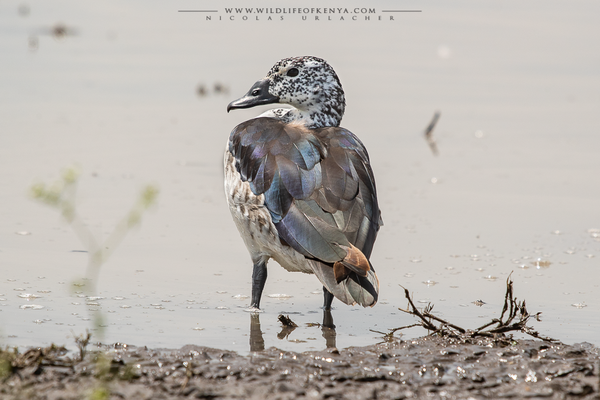 The knob-billed duck (Sarkidiornis melanotos), or African comb duck, is a duck found in tropical wetlands in Sub-Saharan Africa, Madagascar and the Indian Subcontinent from northern India to Laos and extreme southern China.

It breeds in still freshwater swamps and lakes in the tropics. It is largely resident, apart from dispersion in the wet season.

This duck feeds on vegetation by grazing or dabbling and to a lesser extent on small fish, invertebrates, and seeds. It can become a problem to rice farmers. Knob-billed ducks often perch in trees. They are typically seen in flocks, small in the wet season, up to 100 in the dry season. Sometimes they separate according to sex.

The knob-billed duck is declining in numbers locally, but due to its wide range it is not considered globally threatened by the IUCN. It is one of the species to which the Agreement on the Conservation of African-Eurasian Migratory Waterbirds applies.

African birds breed during and after the rainy season and may not breed if the rain is scanty. Knob-billed ducks nest mainly in tree holes, also in tall grass.

Males may have two mates at once or up to five in succession. They defend the females and young but not the nest sites.