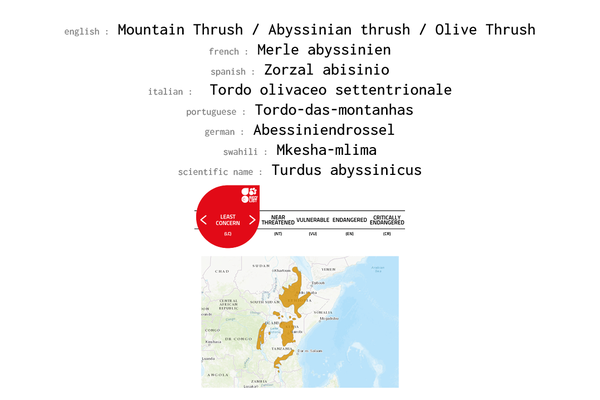 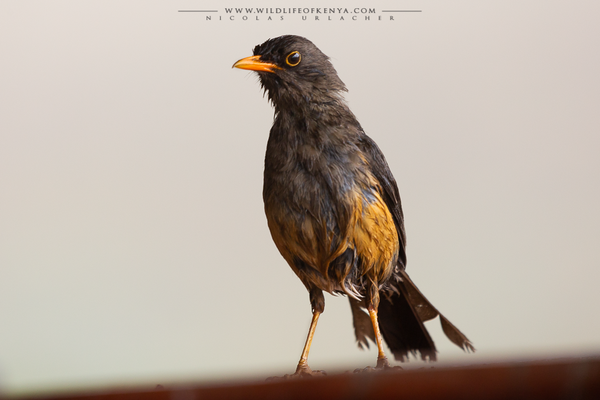 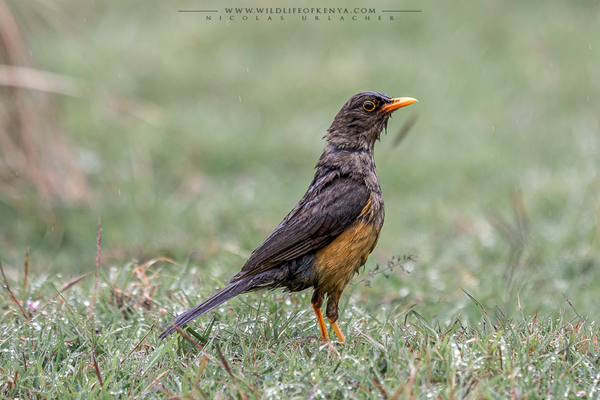 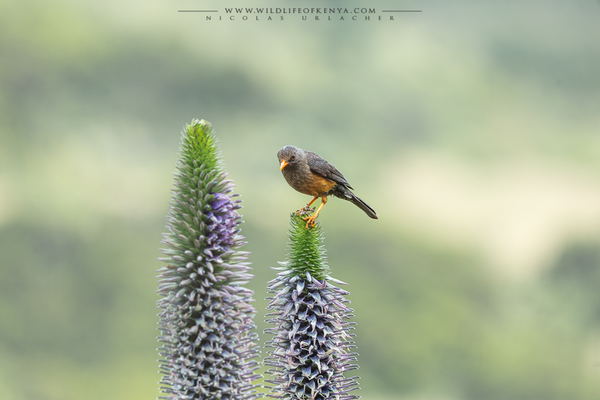 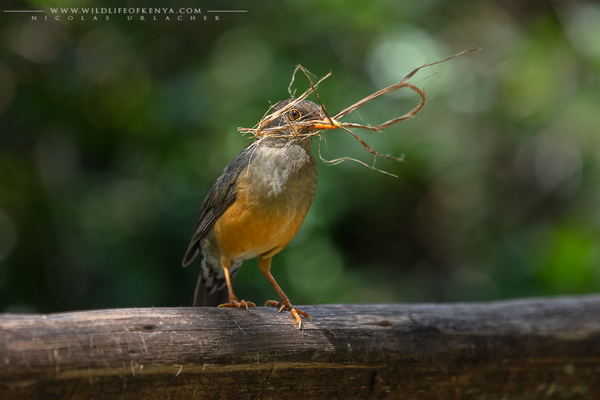 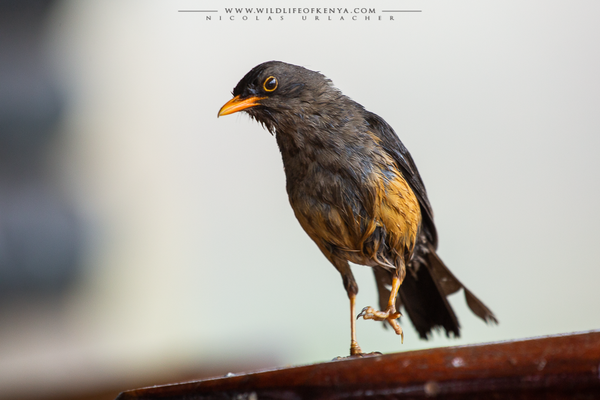 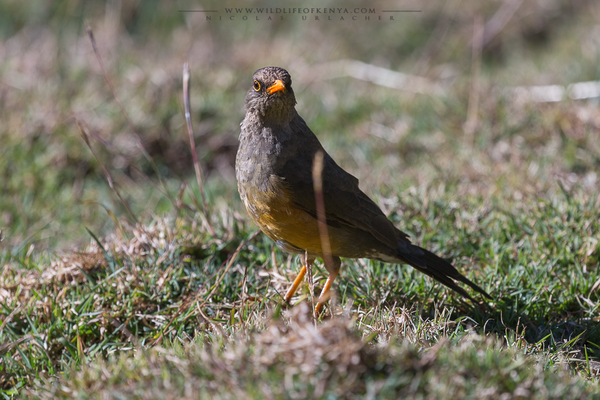 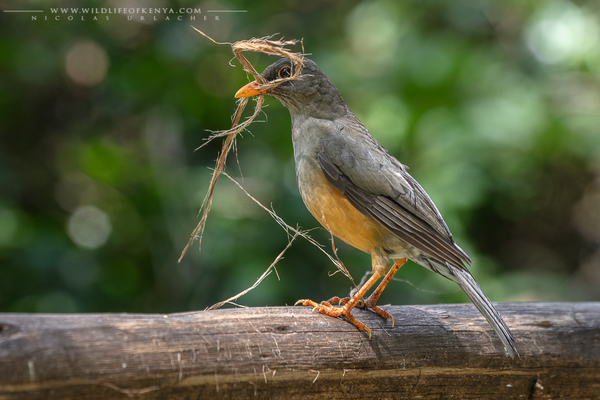 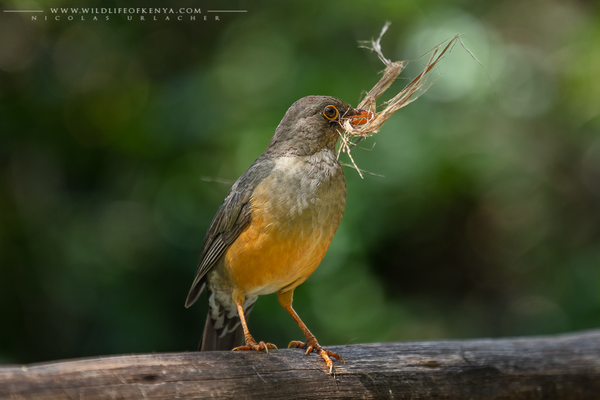 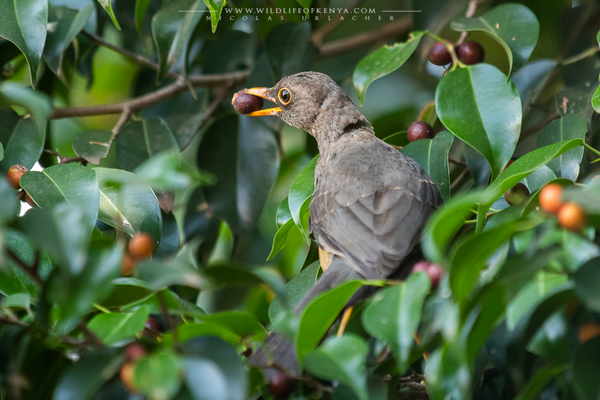 The Abyssinian thrush (Turdus abyssinicus) is a passerine bird in the family Turdidae. It is also known as the African mountain thrush, northern olive thrush or Ethiopian thrush. In 2010, the species was confirmed as separate from the olive thrush (Turdus olivaceus) due to genetic differences. Their ranges do not overlap. The southern and northern populations may be distinct species. The Abyssinian thrush is found in Eritrea and other parts of the Horn of Africa, as well as an area to the southeast extending from the African Great Lakes region to north eastern Zambia and Malawi.

It is 22 centimetres long. This variable forest thrush is generally darker than the African thrush and has an orange (not yellow) bill. It is also darker than the Kurrichane thrush and has no malar stripes. Generally the birds get darker at higher altitudes. The Abyssinian thrush occurs in the highlands of eastern Africa from South Sudan south to northern Mozambique. Its habitat includes forests woodlands, exotic plantations, parks and gardens.

This species is a typical member of the genus Turdus but its habits and biology have been little studied, as it was considered to be a subspecies of olive thrush.