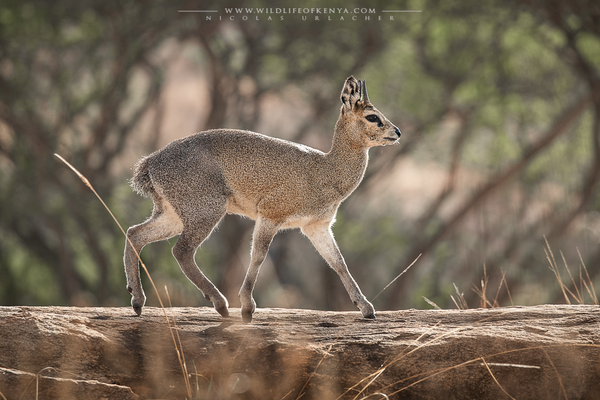 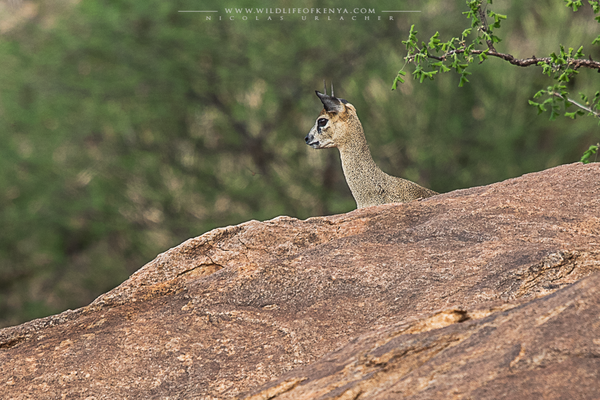 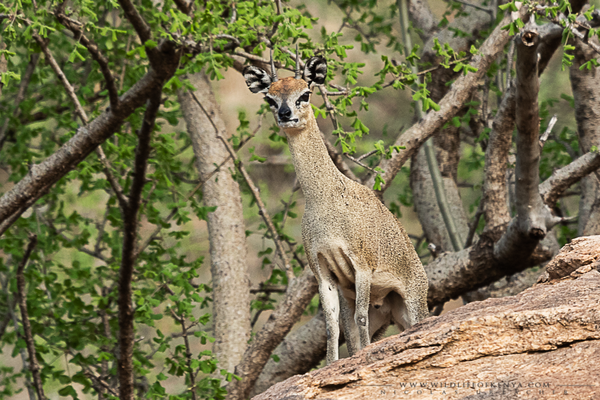 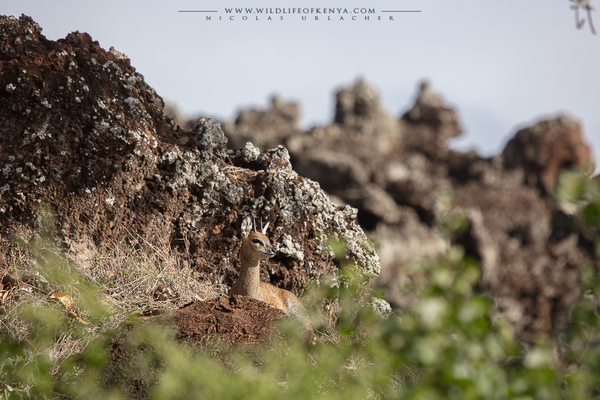 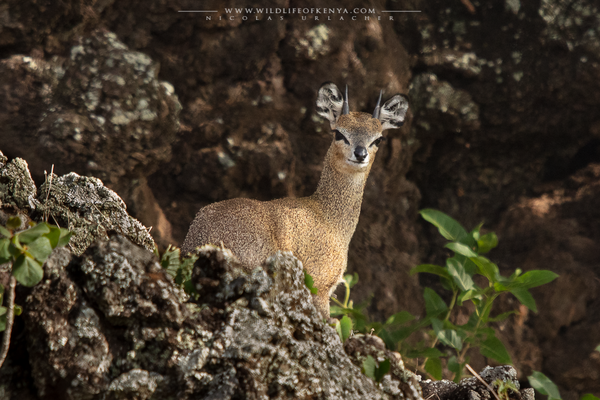 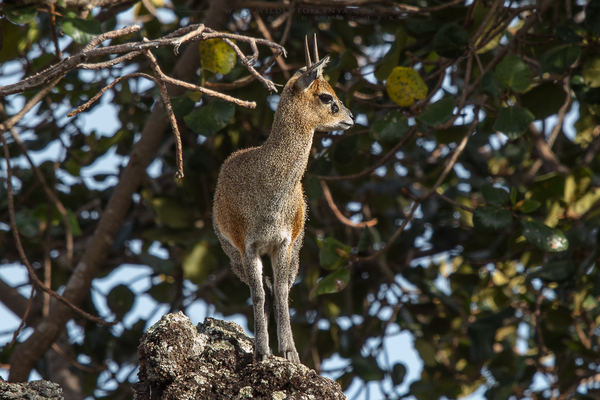 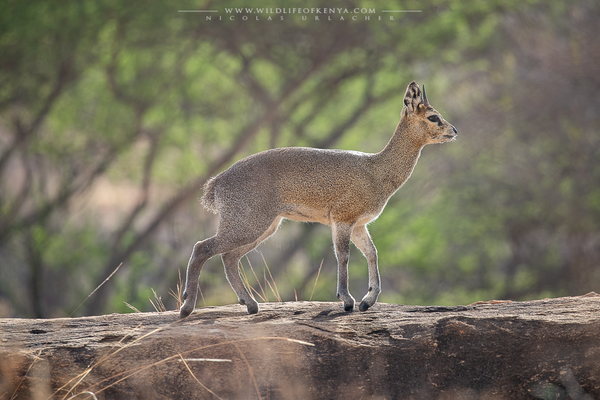 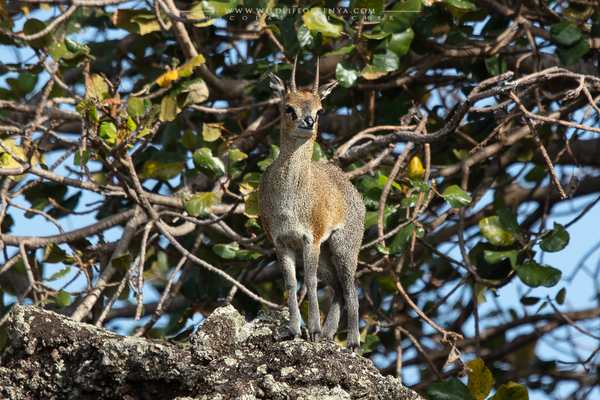 at the shoulder and weighs from 8 to 18 kilograms. The coat of the klipspringer, yellowish gray to reddish brown, acts as an efficient camouflage in its rocky habitat. Unlike most other antelopes, the klipspringer has a thick and coarse coat with hollow, brittle hairs. The horns, short and spiky, typically measure 7.5–9 cm.

Typically nocturnal, the klipspringer rests during the middle of the day and late at night. A gregarious animal, the klipspringer is monogamous to a much greater extent than other antelopes; individuals of opposite sexes exhibit long-term to lifelong pair bonding. The mates tend to stay as close as within 5 m of each other at most times. Males form territories, 7.5–49 hectares.

, in which they stay with their partners and offspring. Primarily a browser, the klipspringer prefers young plants, fruits and flowers. Gestation lasts around six months, following which a single calf is born; births peak from spring to early summer. The calf leaves its mother when it turns a year old.

The klipspringer inhabits places characterised by rocky terrain and sparse vegetation. Its range extends from northeastern Sudan, Eritrea, northern Somalia and Ethiopia in the east to South Africa in the south, and along coastal Angola and Namibia. The International Union for the Conservation of Nature and Natural Resources (IUCN) classifies the klipspringer as Least Concern. There are no major threats to the survival of the klipspringer, as its habitat is inaccessible and unfavourable for hunting. Significant numbers occur on private farmlands. As of 2008, nearly 25% of the populations occur in protected areas throughout its range.