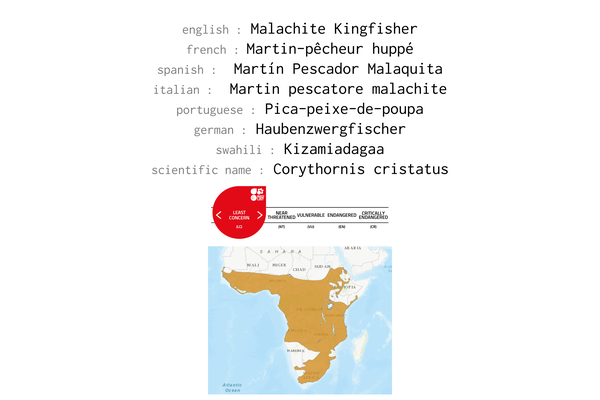 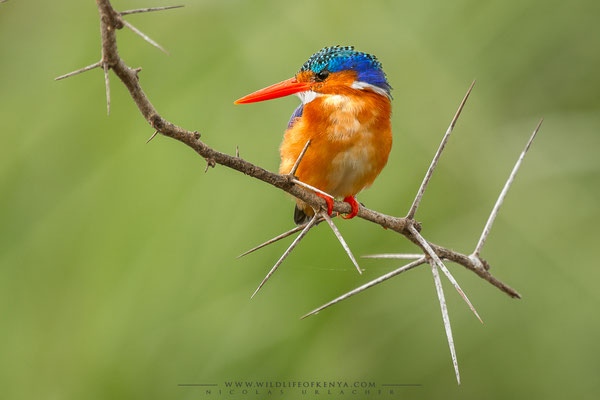 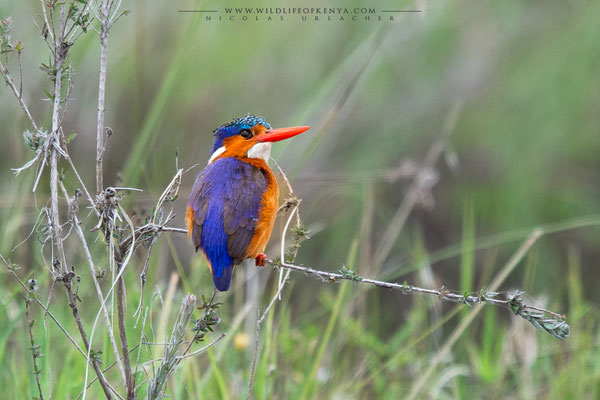 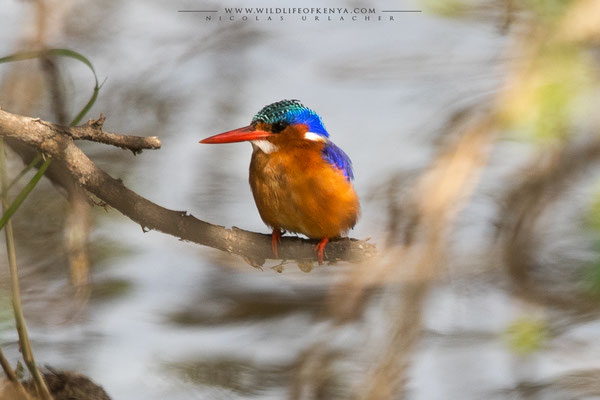 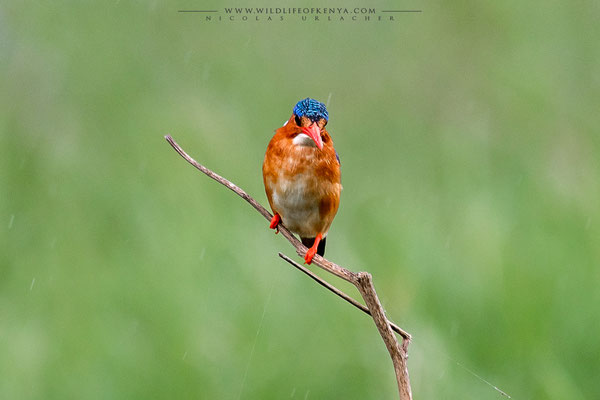 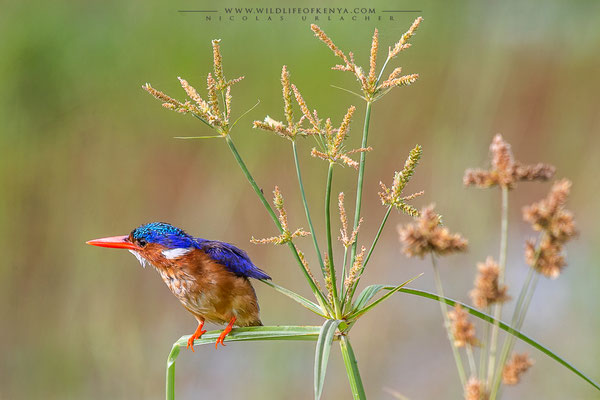 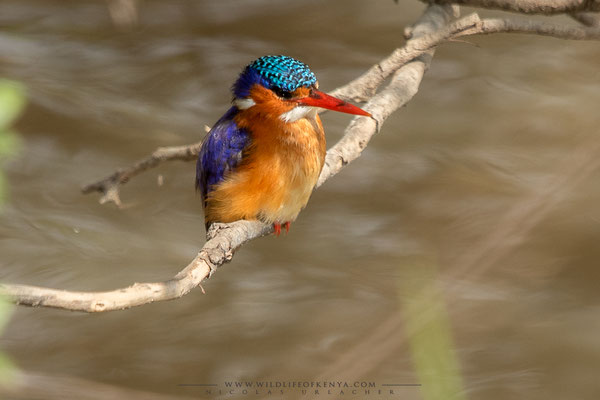 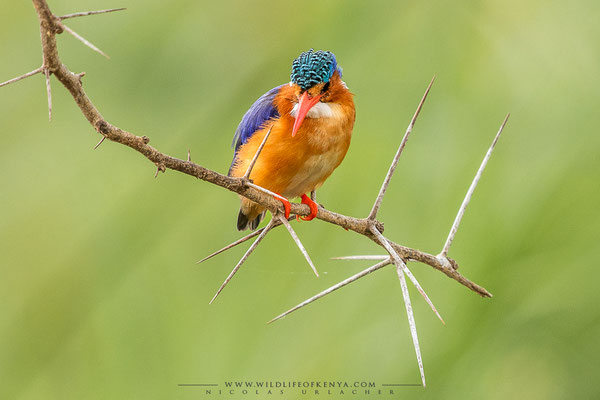 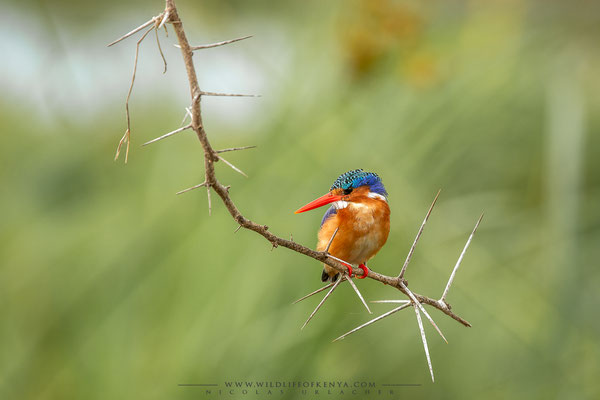 The malachite kingfisher (Corythornis cristatus) is a river kingfisher which is widely distributed in Africa south of the Sahara. It is largely resident except for seasonal climate-related movements. This species is common to reeds and aquatic vegetation near slow-moving water or ponds. It occurs throughout Sub-Saharan Africa except for the very arid parts of Somalia, Kenya, Namibia and Botswana.

The flight of the malachite kingfisher is rapid, with the short, rounded wings whirring until they appear a mere blur. It usually flies low over water.

The nest is a tunnel in a sandy bank, usually over water. Both birds excavate. Most burrows incline upward before the nesting chamber is reached. Three or four clutches of three to six round, white eggs are placed on a litter of fish bones and disgorged pellets.