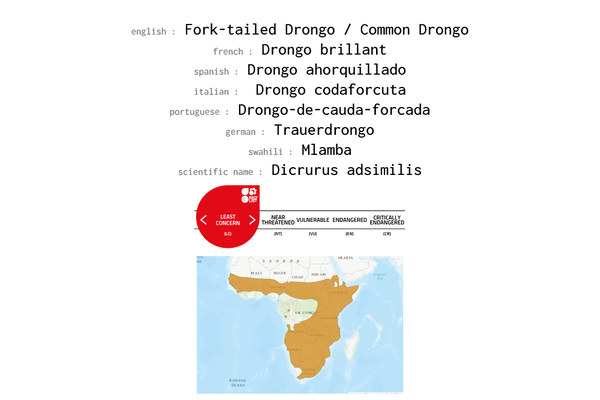 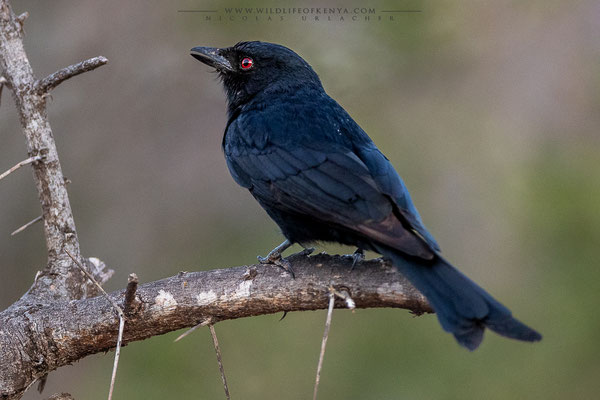 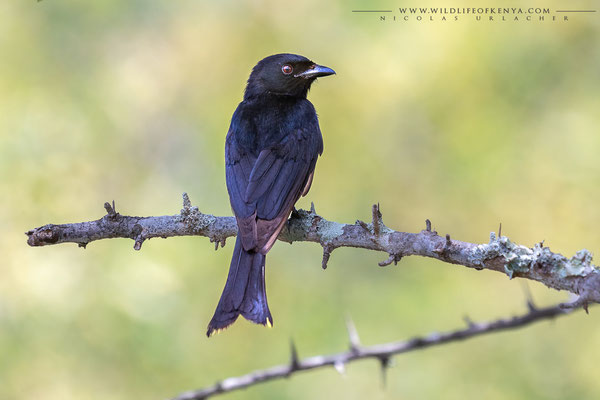 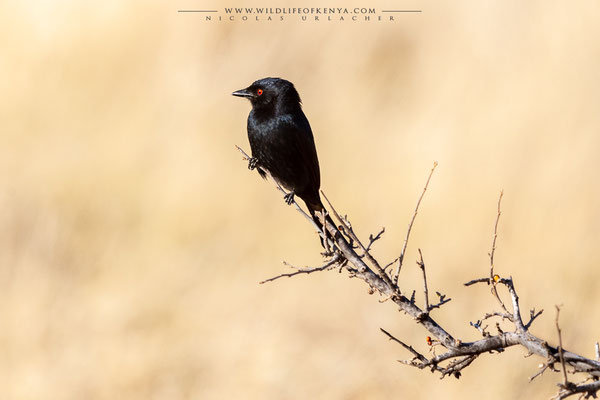 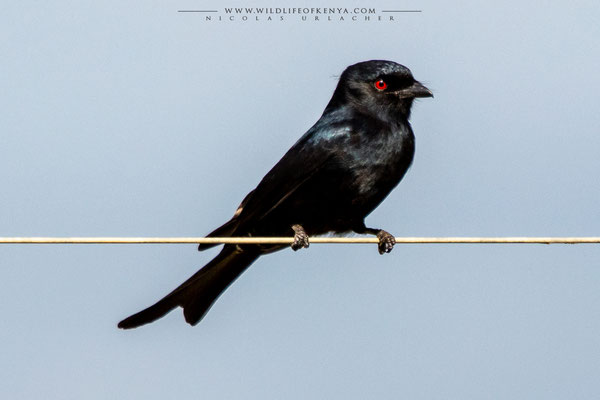 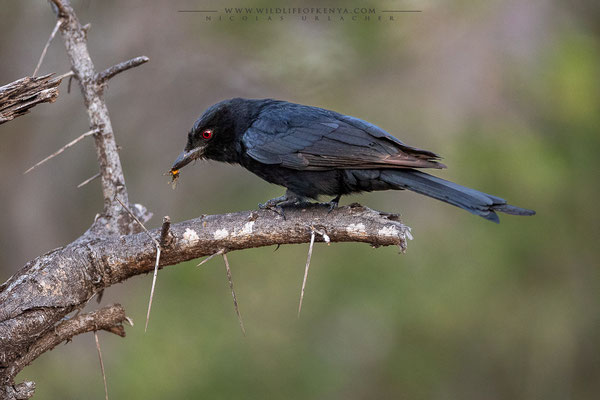 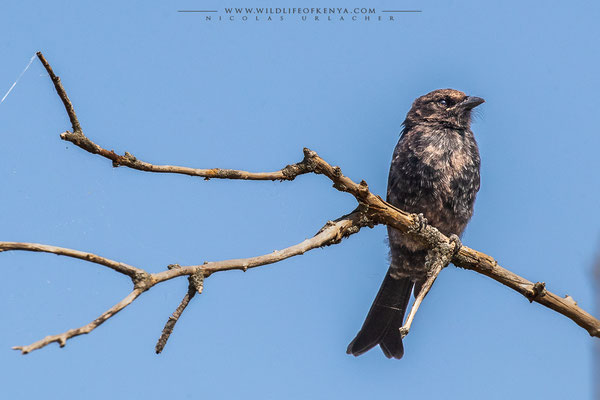 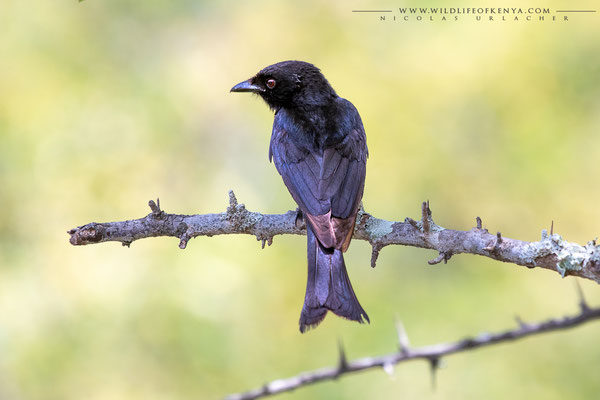 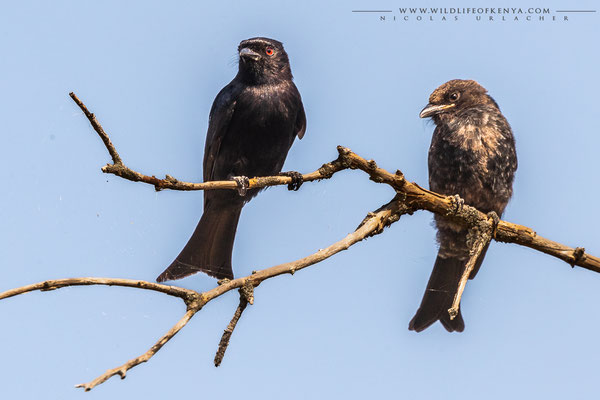 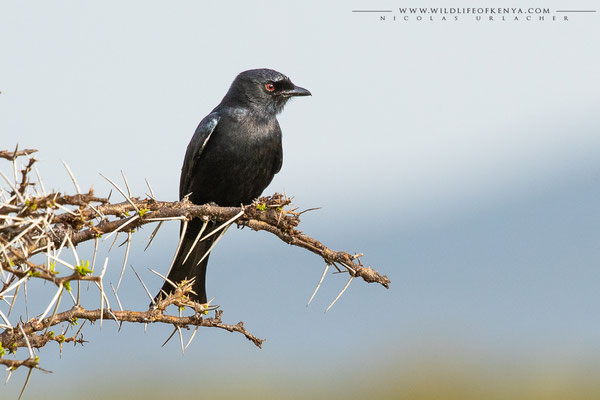 The fork-tailed drongo, also called the common drongo, African drongo, or savanna drongo (Dicrurus adsimilis), is a species of drongo in the family Dicruridae, which are medium-sized[2] passerine birds of the Old World. It is native to the tropics, subtropics and temperate zones of the Afrotropics. Its range was formerly considered to include Asia, but the Asian species is now called the black drongo (Dicrurus macrocercus). The fork-tailed drongo is a common and widespread resident breeder in Africa south of the Sahara. These insect-eating birds are usually found in open forests or bush, and are tolerant of arid climates.

The fork-tailed drongo uses alarm calls to steal food from birds and animals such as meerkats. They make drongo-specific calls as well as mimicked calls. The mimicked calls help them while they target other animals that are eating food. The animals flee, and leave their food. Once they are gone, the drongo steals it. Vocal at dawn and dusk.

They still-hunt by sitting very upright on a prominent perch, much like a shrike. They are usually solitary and form monogamous breeding pairs. They are aggressive and fearless, regularly mobbing or attacking much larger species, including birds of prey, if their nest or young are threatened or their territory is compromised. They also join mixed foraging bird parties, and will initiate mobbing of common enemies. To maintain their plumage condition they may rain-bathe, foliage-bathe or plunge-dive into water. Terrestrial foragers like babblers may use the drongo as a sentry.