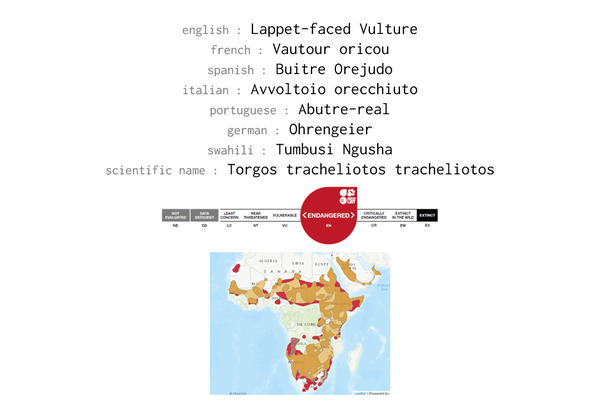 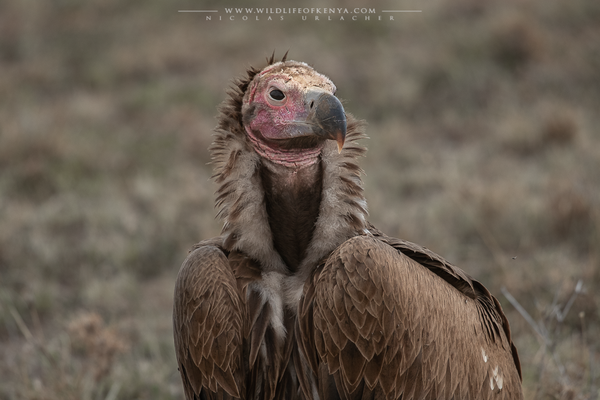 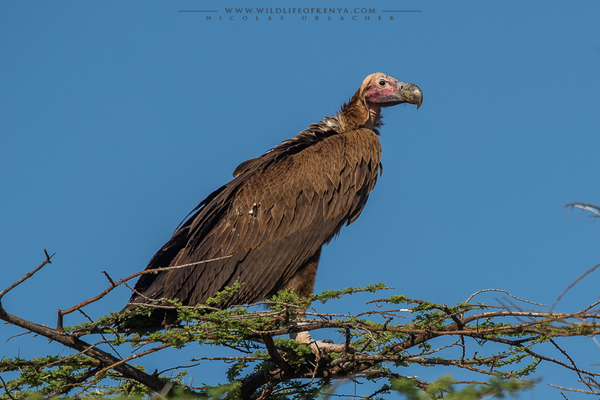 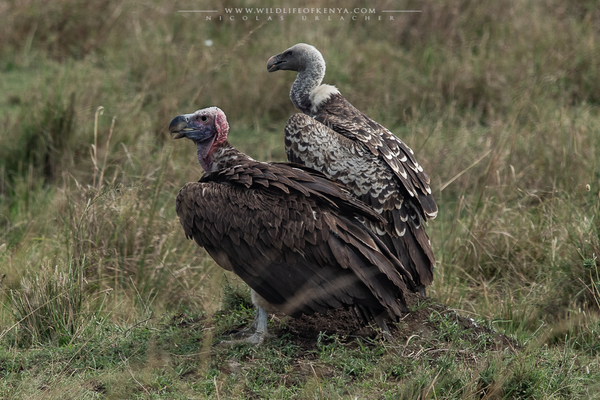 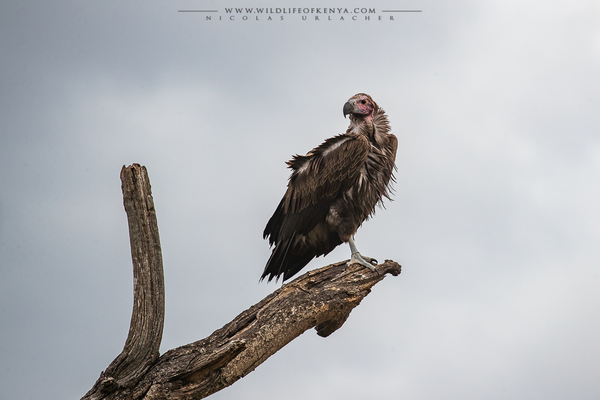 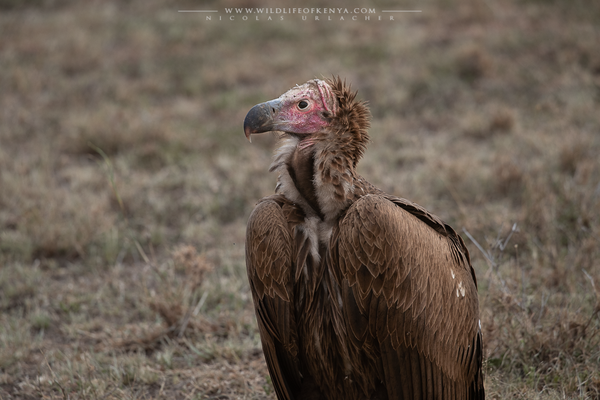 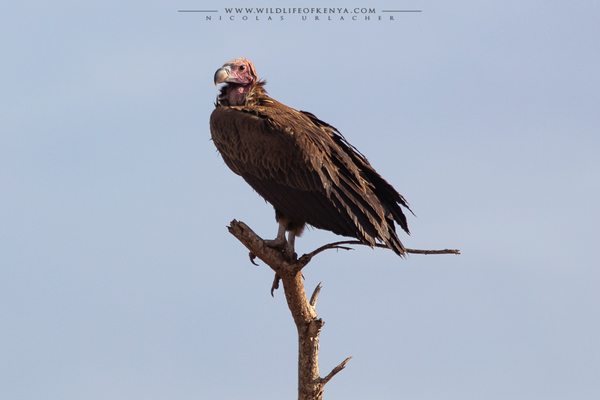 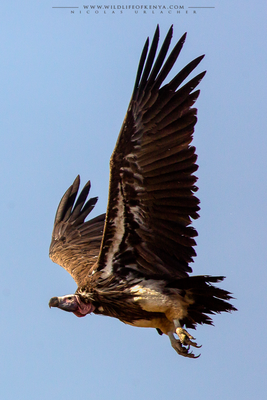 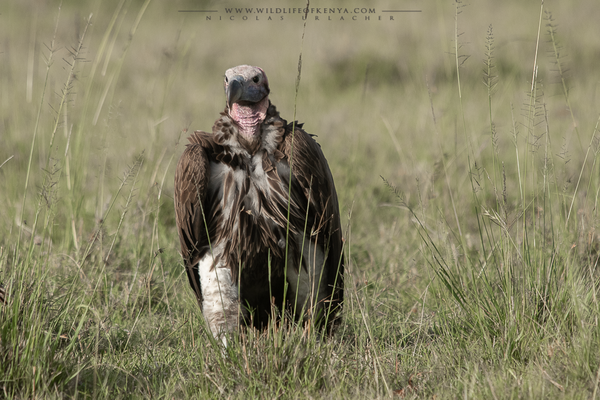 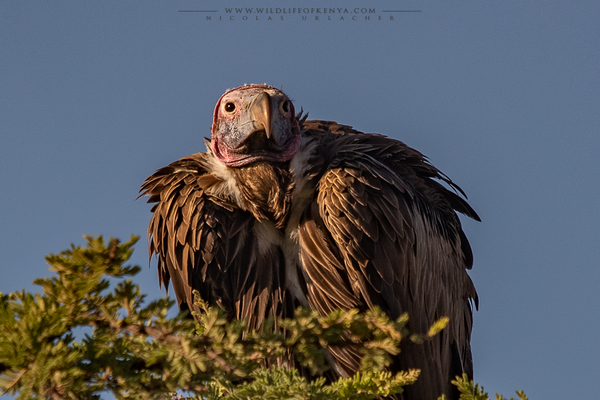 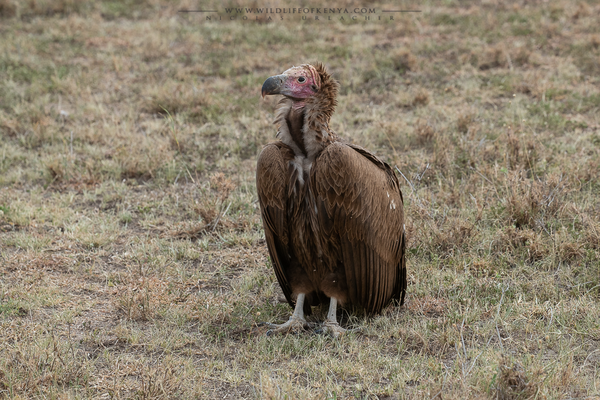 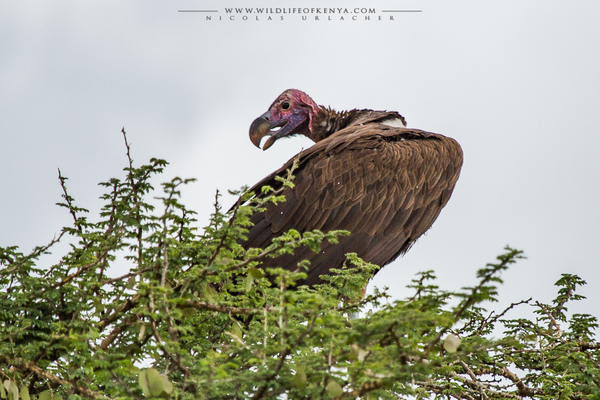 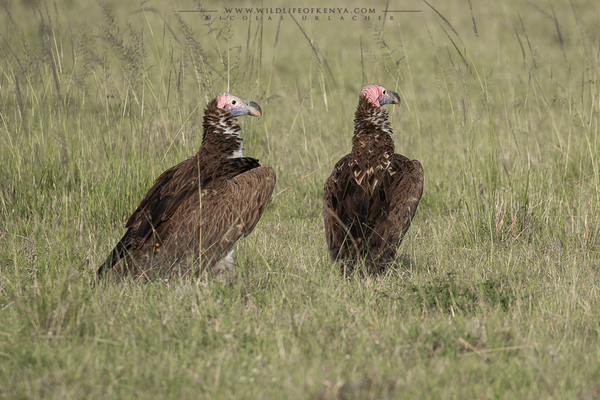 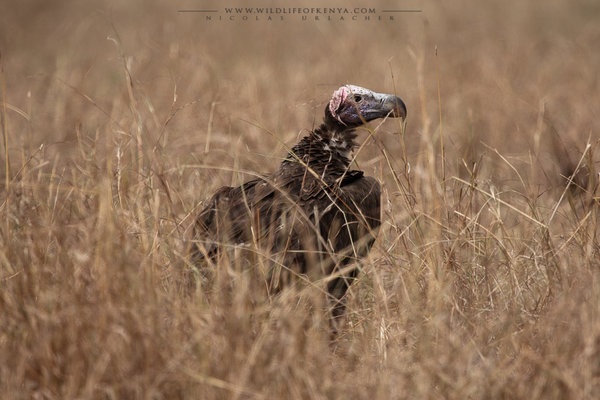 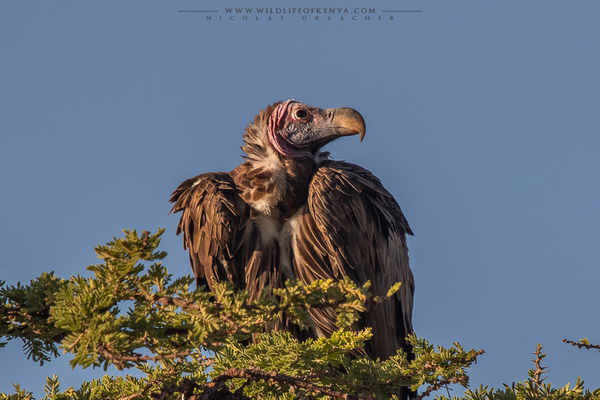 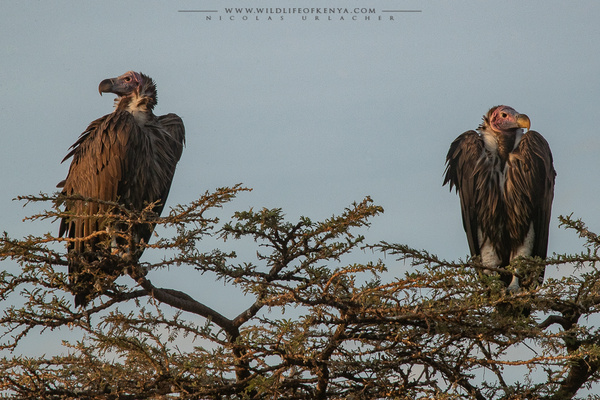 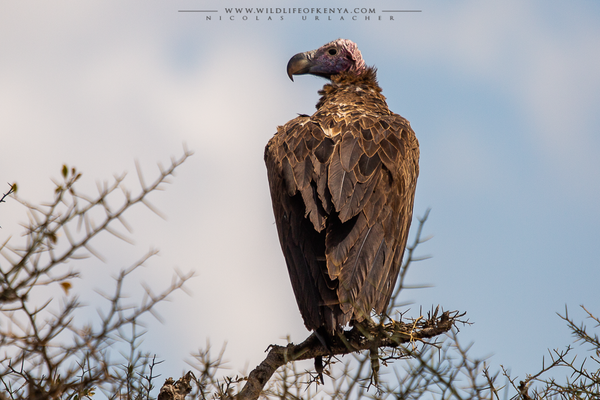 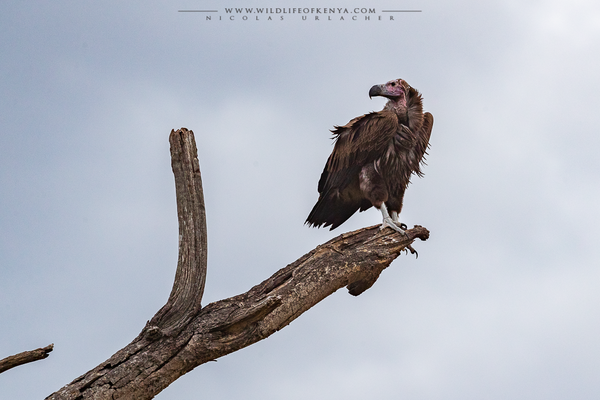 With a wing span of up to 2.8m and a body length of over 1 m the lappet-faced is the largest vulture in Africa. The lappet-faced vulture is so named because of the fleshy folds on its neck known as lappets. Their featherless heads and necks help them to keep clean because they can shake off any sticky remains of their meals. The sun bakes off bacteria and parasites from the carcass since this the hardest part of the body to preen.

Lappet-faced vultures are so big that they dominate other species of vultures at carcasses and can even chase away jackals. They are able to eat tough skin and tendons that other vultures can’t eat. They are also good hunters, catching small mammals and flamingos.They are usually solitary or live in pairs. Contrary to popular belief, they do not smell the carrion, but rather by watching the behavior of other birds, they are able to locate the food.

Lappet-faced vultures are generally solitary birds. They do not nest in cohesive colonies as do many smaller vultures, with one tree or area usually only having 1 to 2 nests in it, though rarely up to 10 nests have been recorded in one area. The home range of a lappet-faced vulture is usually at least 8 to 15 km.

The lappet-faced vulture’s population is declining and is mostly found in protected areas. It is classified "endangered" by IUCN.The declines are almost entirely due to human activities, including disturbances from habitat destruction and cultivation, disturbances at the nesting site (to which the species is reportedly quite sensitive) and ingestion of pesticides. Lot of them die because of poisoning by herders who poison carcasses to kill the predators of their cattle and by poachers who fear the presence of vultures will alert authorities to their activities.