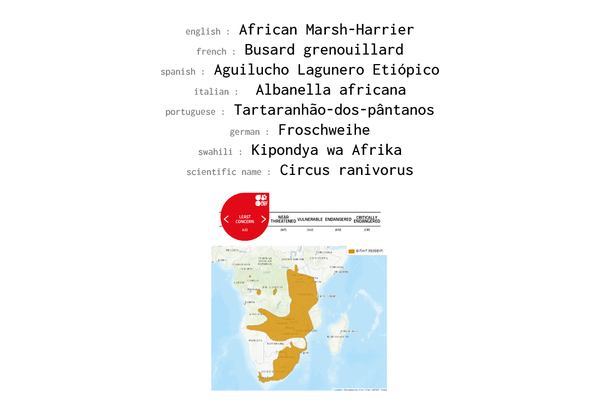 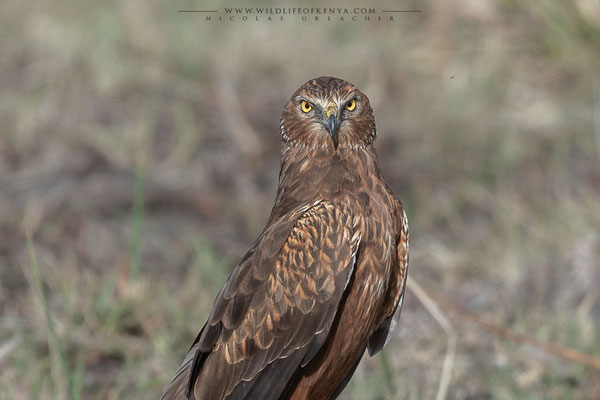 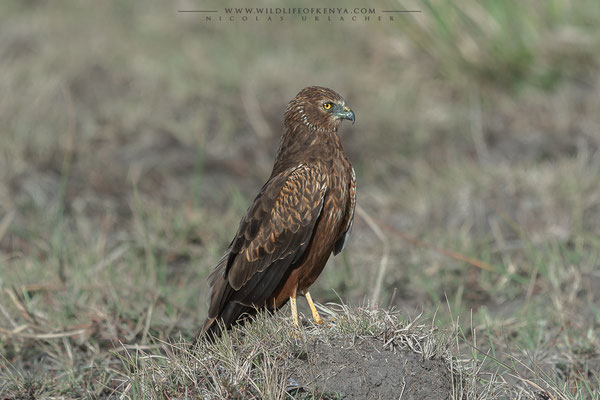 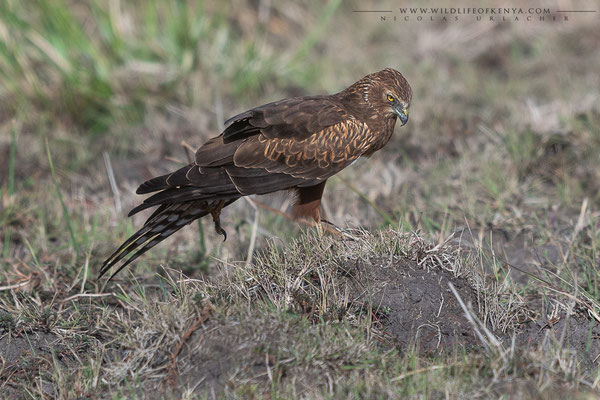 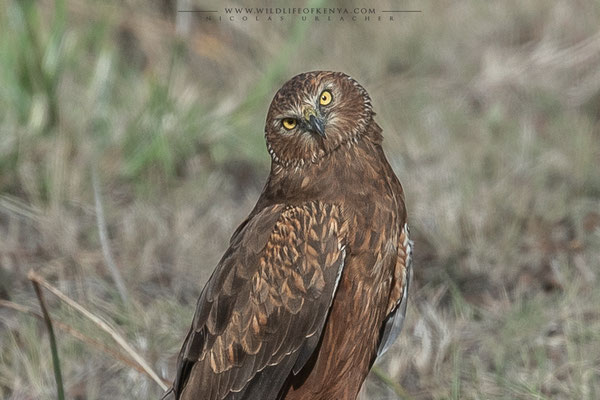 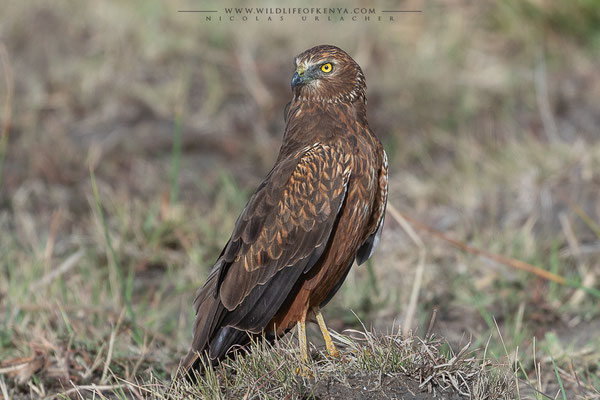 The African Marsh Harrier (Circus ranivorus) is a bird of prey belonging to the harrier genus Circus. It is largely resident in wetland habitats in southern, central and eastern Africa from South Africa north to South Sudan. Large, brown, wetland harrier. Like all harriers, has long, slender wings and tail, and graceful, swooping flight. Dark brown overall coloration separates it from all other harriers except female Eurasian Marsh-Harrier. African Marsh-Harrier can be identified by the presence of barring in the wings and tail, as well as by its darker head.

The African marsh harrier is generally found in marshes or reedbeds in east Africa and hunts over open grasslands and cultivation near wetlands. Found from sea level up to 3,000 metres, it predominantly occurs above 1,500 metres.

The African marsh harrier has a varied diet which includes small mammals (70% of items) and adult birds, fledglings, lizards, frogs and large insects. It can sometimes consume birds up to the size of the Red-billed teal and the speckled pigeon. A favoured prey in some areas are doves, especially laughing doves. African marsh harriers are not found in areas with less than 300 millimetres in annual rainfall. It will also feed on larger animals such as flamingo carrion left by, for example, African fish eagles. Most prey is caught on the ground but birds and insects are often caught on the wing.

Unlike many harriers, it is monogamous and remains on the breeding territory for most of the year. The African marsh harrier does not form communal roosts, unlike other harriers and normally roosts solitarily. It leaves the roost early in the morning and then flies slowly over the ground. It hunts in typical harrier fashion, usually less than 10 metres above the ground, over wetlands and adjacent drier ground.