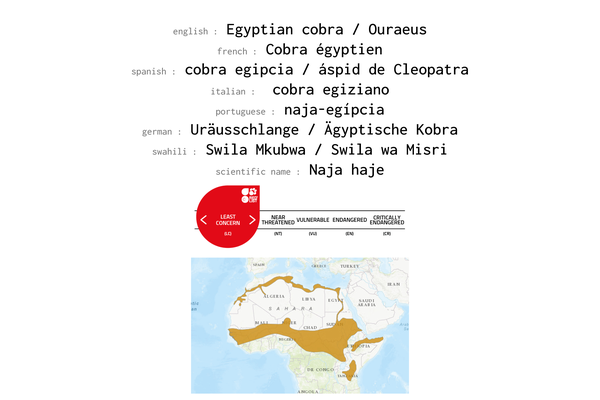 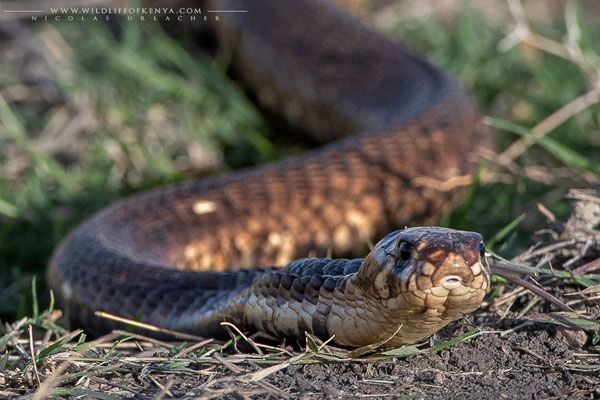 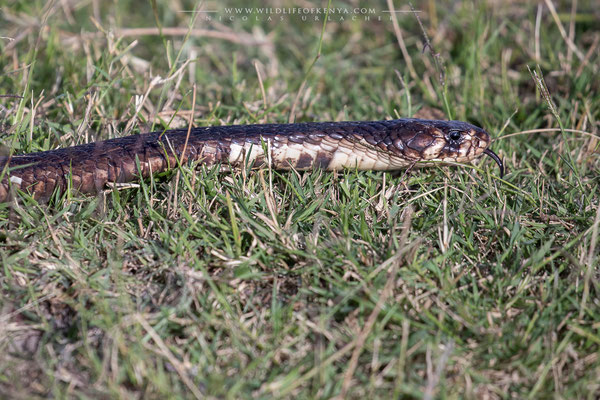 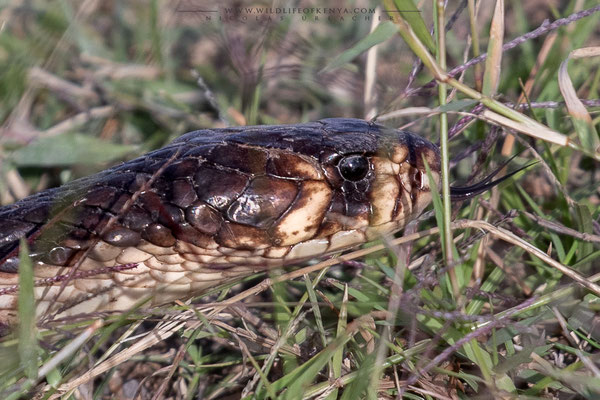 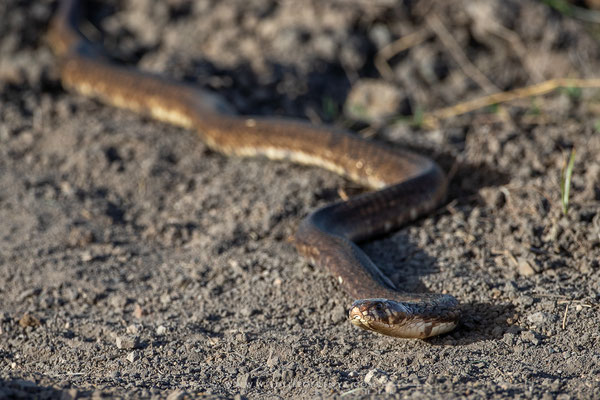 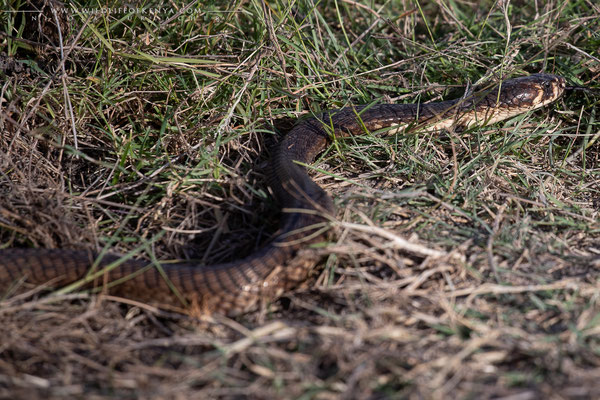 The Egyptian cobra (Naja haje), also known as Ouraeus, is one of the most venomous snakes in North Africa, which has caused many snakebite incidents to humans. It averages roughly 1.4 metres, with the longest recorded specimen measuring 2.59 metres.

The colour is highly variable, but most specimens are some shade of brown, and often a "tear-drop" mark below the eye. The ventral side is mostly a creamy white, yellow brown, grayish, blue grey, dark brown or black in colouration, often with dark spots.

Naja haje occurs in a wide variety of habitats like, steppes, dry to moist savannas, arid semi-desert regions with some water and vegetation. This species is frequently found near water. The Egyptian cobra is also found in agricultural fields and scrub vegetation. It also occurs in the presence of humans, where it often enters houses. It is attracted to villages by rodent pests (rats) and domestic chickens.

The Egyptian cobra is a terrestrial and crepuscular or nocturnal species. It can, however, be seen basking in the sun at times in the early morning. This species shows a preference for a permanent home base in abandoned animal burrows, termite mounds or rock outcrops. It is an active forager, sometimes entering human habitations, especially when hunting domestic fowl. Like other cobra species, it generally attempts to escape when approached, at least for a few metres, but if threatened it assumes the typical upright posture with the hood expanded, and strikes. This species prefers to eat toads, but it will prey on small mammals, birds, eggs, lizards and other snakes.

The venom of the Egyptian cobra consists mainly of neurotoxins and cytotoxins.

The venom affects the nervous system, stopping the nerve signals from being transmitted to the muscles and at later stages stopping those transmitted to the heart and lungs as well, causing death due to complete respiratory failure. Envenomation causes local pain, severe swelling, bruising, blistering, necrosis and variable non-specific effects which may include headache, nausea, vomiting, abdominal pain, diarrhea, dizziness, collapse or convulsions along with possible moderate to severe flaccid paralysis.

Unlike some other African cobras (for example, the red spitting cobra), this species does not spit venom.