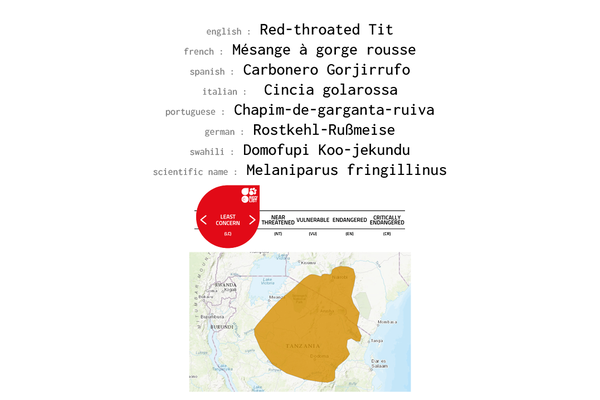 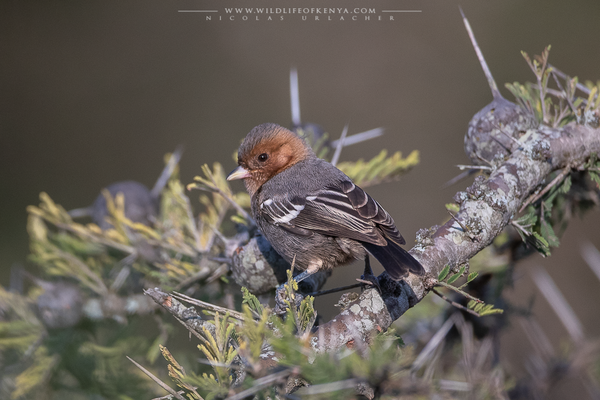 The red-throated tit (Melaniparus fringillinus) is a species of bird in the family Paridae. It is found in Kenya and Tanzania. Its natural habitat is dry savanna. The red-throated tit was formerly one of the many species in the genus Parus but was moved to Melaniparus after a molecular phylogenetic analysis published in 2013 showed that the members of the new genus formed a distinct clade.

An unusual tit with a rufous face, collar, and breast and a gray cap and back. Also note the prominent white wingbars on the gray wings. Found locally in dry acacia savanna, usually in small groups; readily joins mixed flocks with other species. Easily separated from all other tits by the rufous breast. Call is a classic tit “tsit-tsit-di-di-di,” rough and often repeated. The song is a repeated phrase of two whistles.