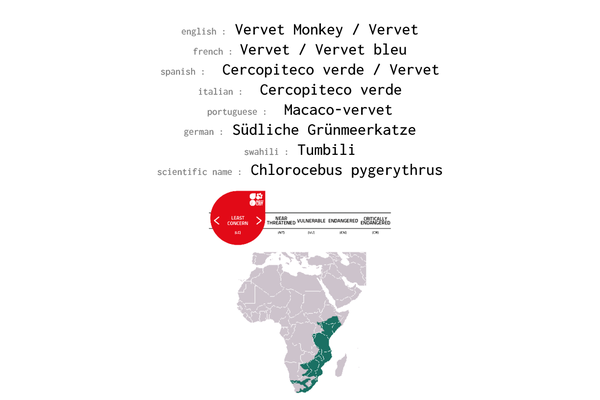 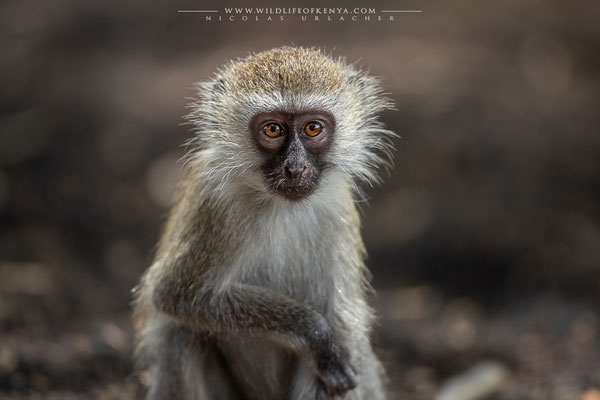 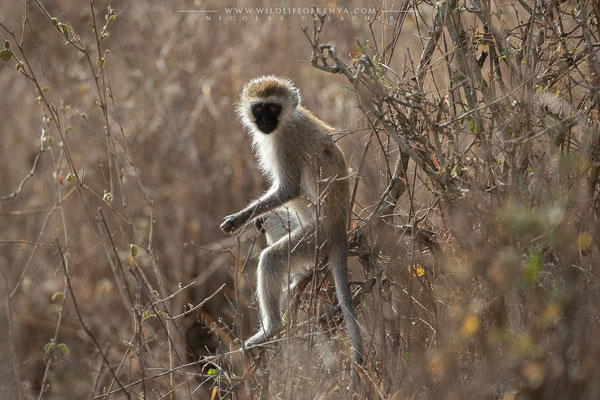 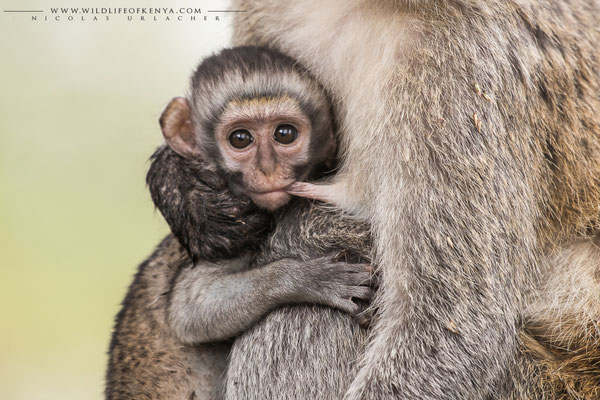 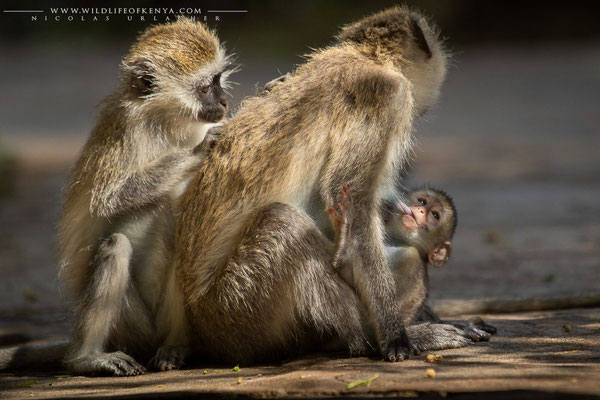 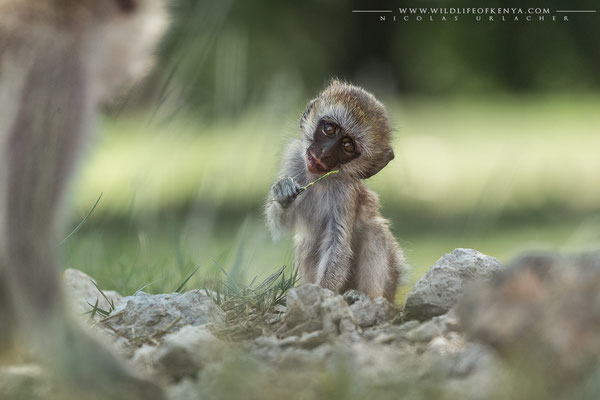 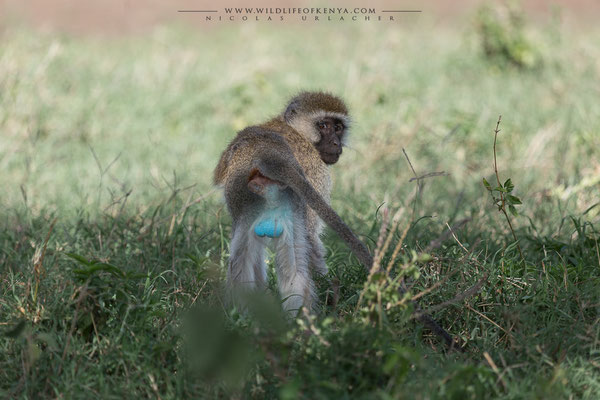 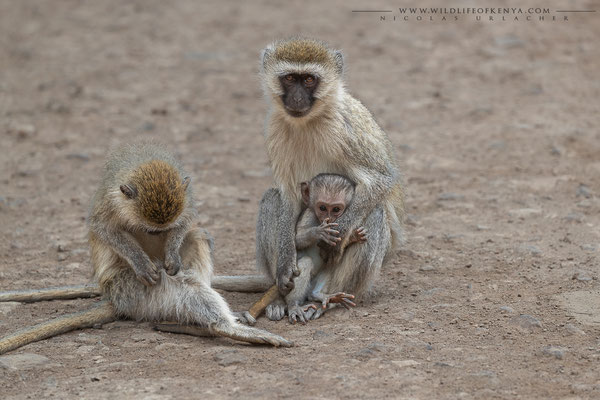 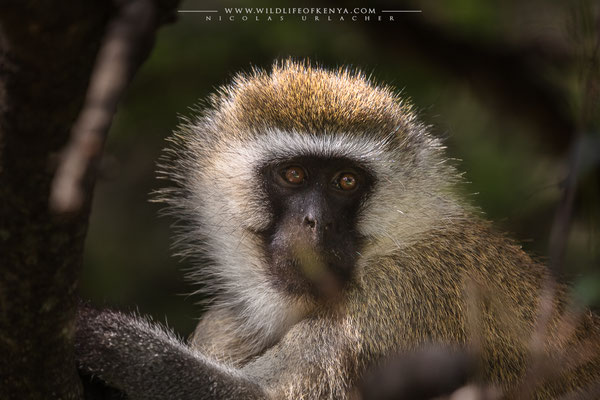 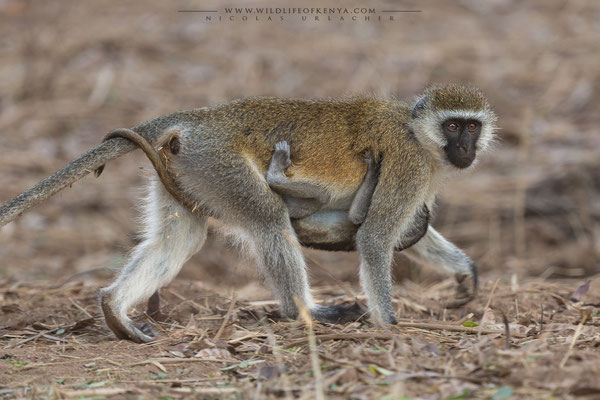 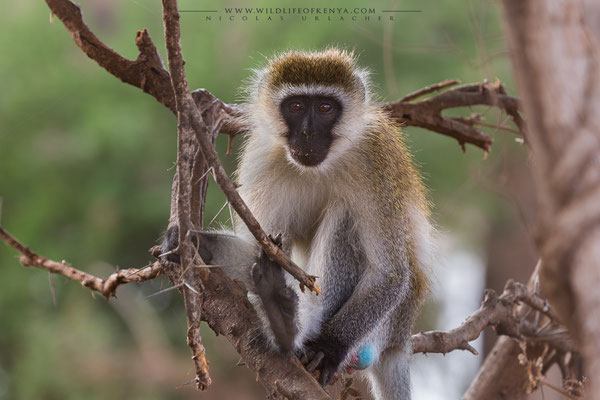 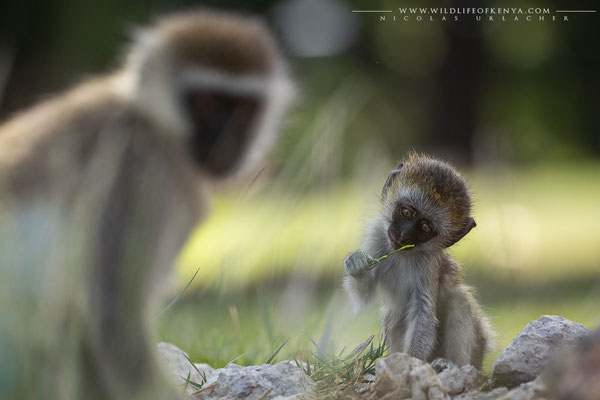 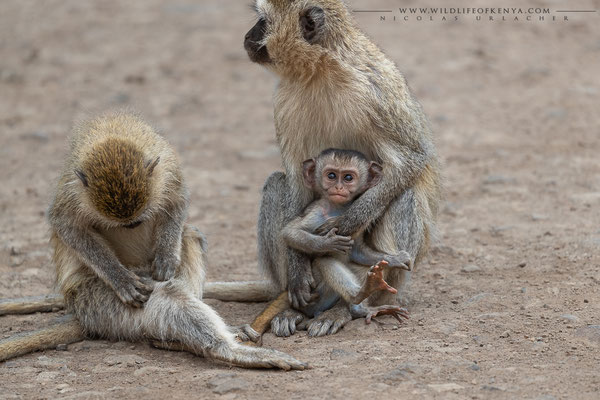 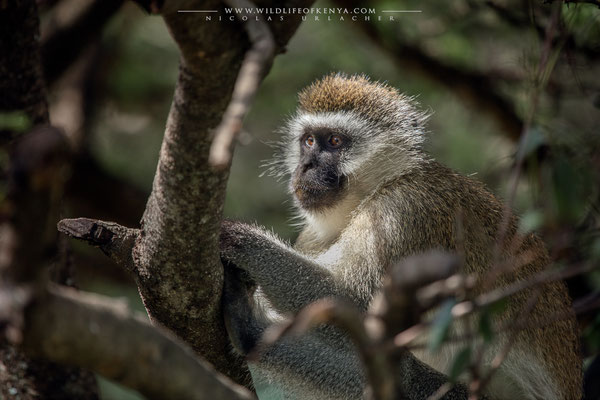 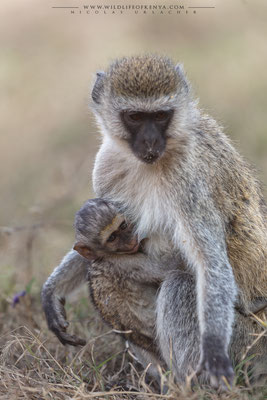 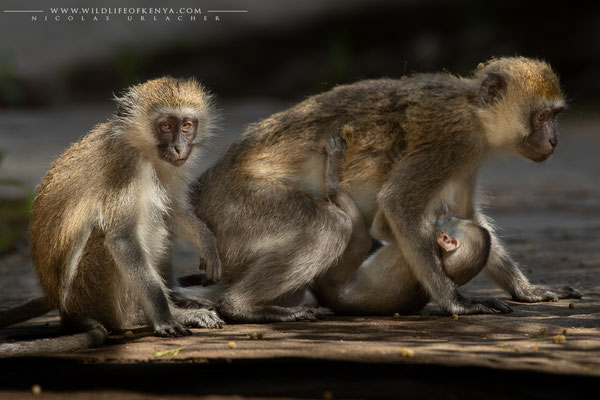 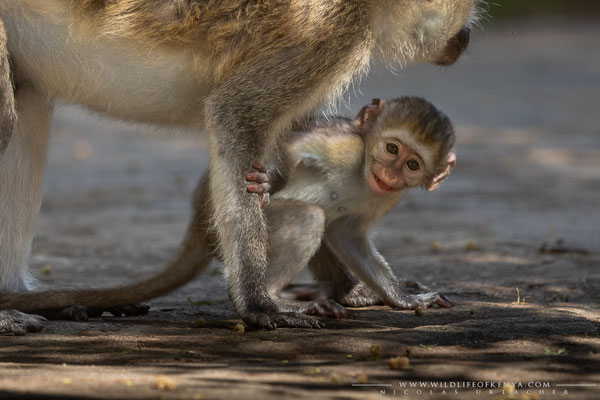 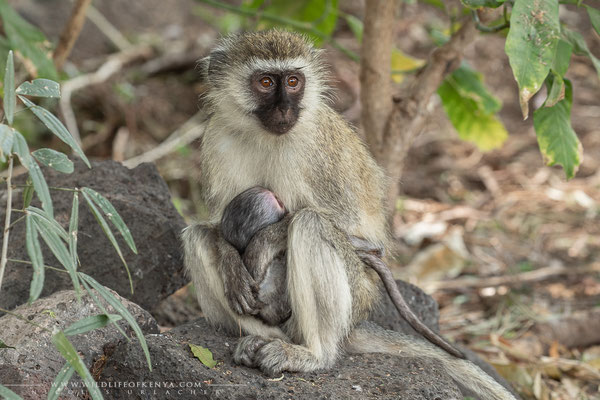 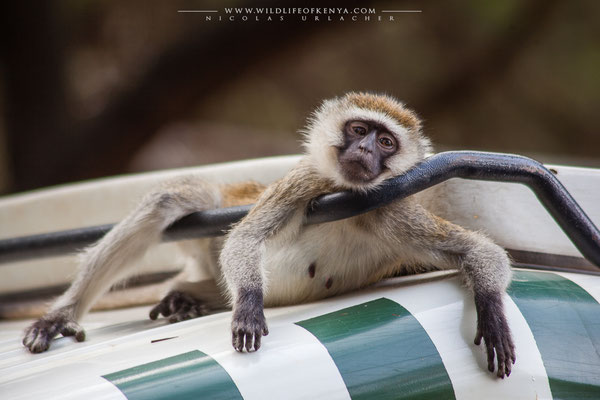 Vervets are tolerant of a wide variety of habitats and can live in humid rain forests, semi-desert environments or swamps from sea level to elevations up to 14,000 feet; their only limitation seems to be water availability, which they must have access to daily, and the presence of sleeping trees. They are especially prevalent in riverine forests bordering savannas. They seem to prefer wooded rather than heavily forested areas, such as dry deciduous forest, scrub forests and gallery forests, which are composed of both trees and shrubs.

Complex but stable social groups (also called troops) of 10 to 50 individuals mainly consist of adult females and their immature offspring. Males move freely in and out of these groups. Within the troop, each adult female is the center of a small family network. Females who have reached puberty generally stay in the troop.

Grooming is important in a monkey’s life. Vervets (as well as most other primates) spend several hours a day removing parasites, dirt or other material from one another’s fur. In the primates’ hierarchy, dominant individuals get the most grooming. The hierarchical system also controls feeding, mating, fighting, friendships and even survival.

Females typically have few mates in their lifetime, whereas some males have numerous mates. Breeding is seasonal. After a gestation period of approximately 140 days, a single baby is born between March and May.

After a birth, the mother licks the infant clean, bites off the umbilical cord and eats the afterbirth. The newborn has black hair and a pink face; it will be three or four months before it acquires adult coloration. Infant vervet monkeys are suckled for about four months. When they become adept at feeding themselves solid food, the weaning process begins, although it may not be completed until the vervet is one year old.

The infant spends the first week of life clinging to its mother’s stomach. After about the third week, it begins to move about by itself and attempts to play with other young monkeys. Vervet mothers are proprietary in the treatment of their babies, and some will not allow young or even other adult females to hold or carry them. Others gladly leave their infants in charge of any interested female. Researchers report that usually a female’s close family members will have the most unrestricted access to the babies.

The vervet’s diet tends to be omnivorous with a heavy emphasis on fruit. Leaves and young shoots are most important in the diet, but bark, flowers, fruit, bulbs, roots and grass seeds are also consumed. The mainly vegetarian diet is supplemented with insects, grubs, eggs, baby birds and sometimes rodents and hares. Vervet monkeys are preyed upon by animals such as leopards, hyenas, and snakes.