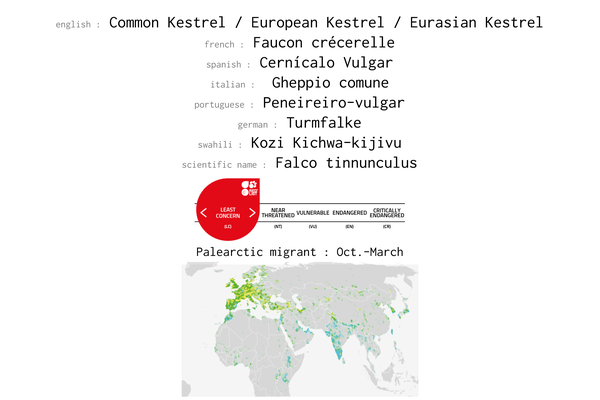 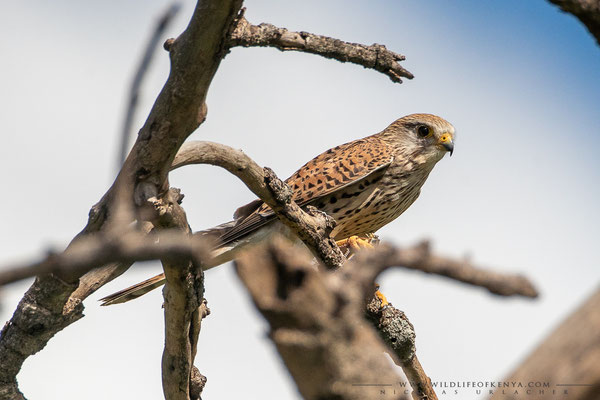 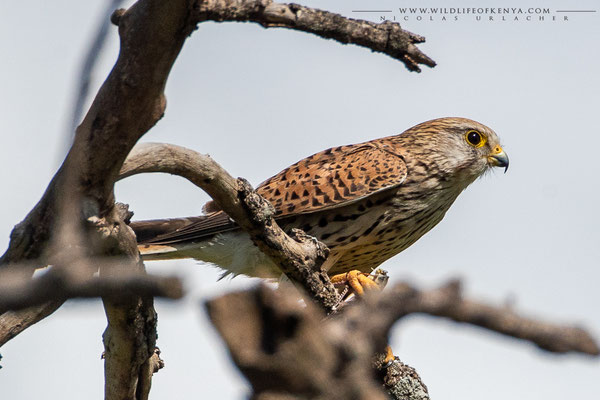 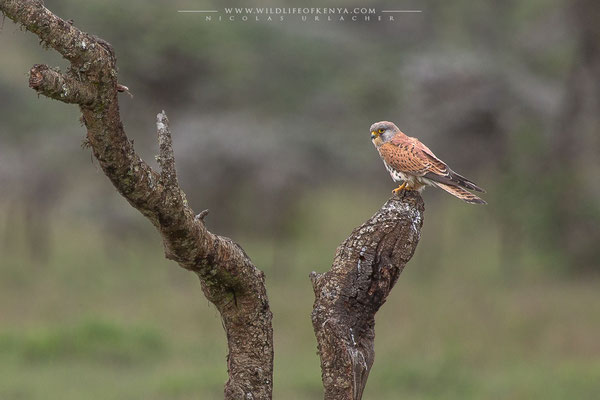 The common kestrel () is a bird of prey species belonging to the kestrel group of the falcon family Falconidae. It is also known as the European kestrel, Eurasian kestrel, or Old World kestrel. In Britain, where no other kestrel species occurs, it is generally just called "the kestrel". This species occurs over a large range. It is widespread in Europe, Asia, and Africa.

In the cool-temperate parts of its range, the common kestrel migrates south in winter; otherwise it is sedentary, though juveniles may wander around in search for a good place to settle down as they become mature. It is a diurnal animal of the lowlands and prefers open habitat such as fields, heaths, shrubland and marshland. It does not require woodland to be present as long as there are alternative perching and nesting sites like rocks or buildings. It will thrive in treeless steppe where there are abundant herbaceous plants and shrubs to support a population of prey animals. The common kestrel readily adapts to human settlement, as long as sufficient swathes of vegetation are available, and may even be found in wetlands, moorlands and arid savanna. It is found from the sea to the lower mountain ranges, reaching up to 4,500 m  ASL in the hottest tropical parts of its range but only to about 1,750 m  in the subtropical climate of the Himalayan foothills.

In Kenya Falco tinnunculus tinninunculus is a widespread palerctic migrant from October to March at medium to higher elevation. F. t. Rufescens is an uncommon resident, mainly in Rift valley and adjacent highlands. Somali race archeri at least formerly in lamu area.