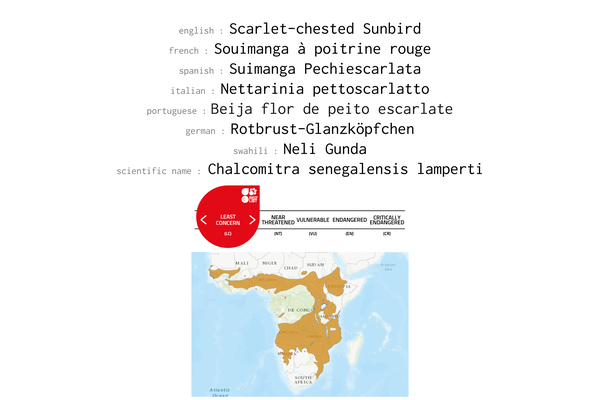 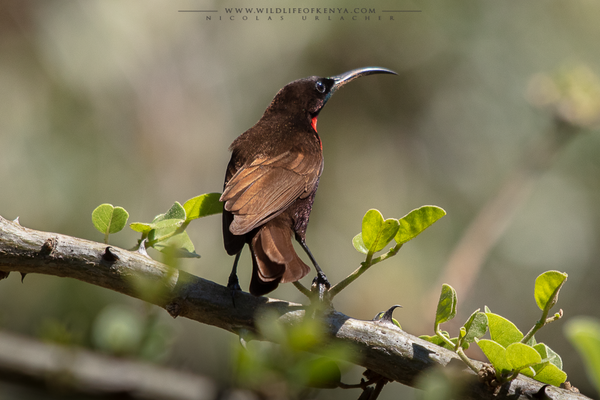 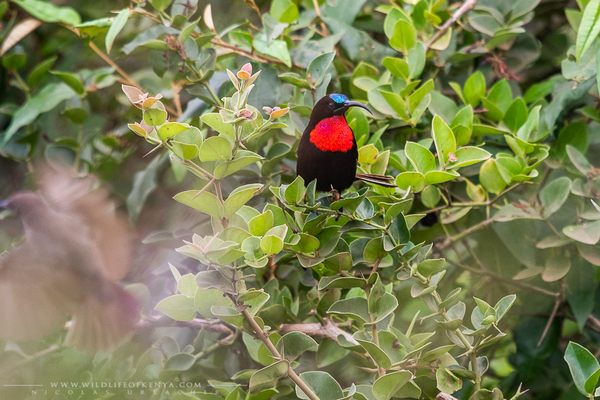 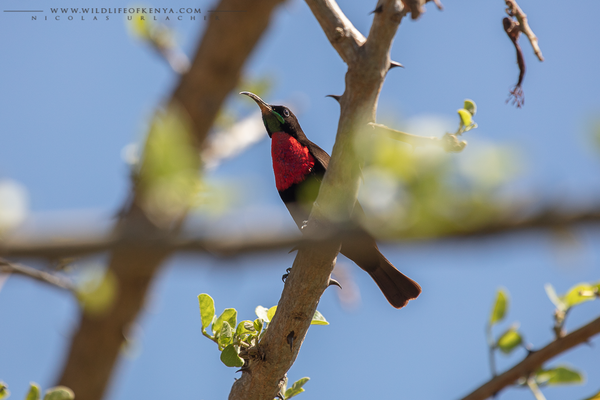 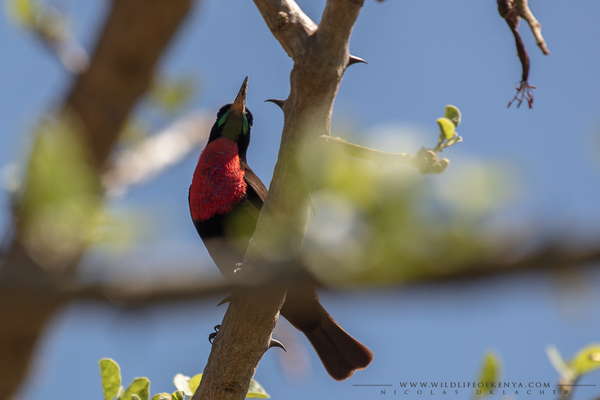 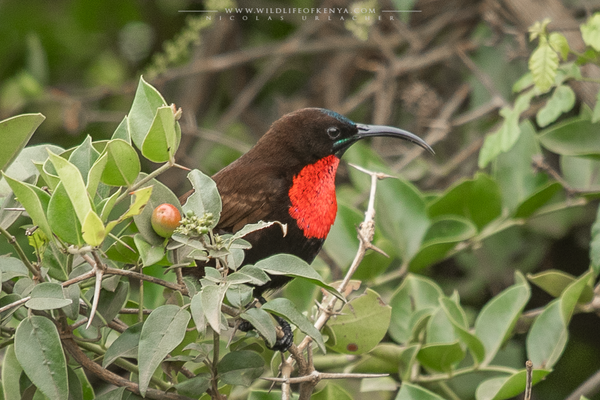 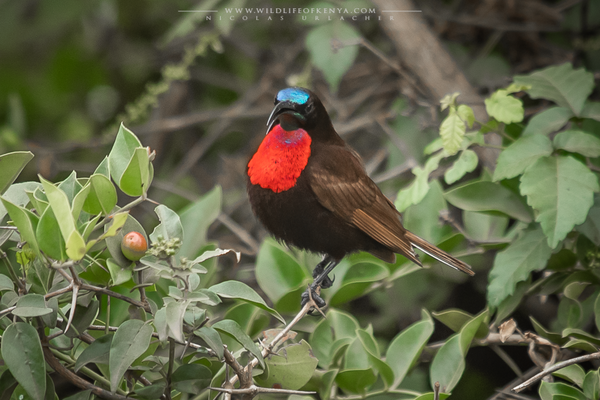 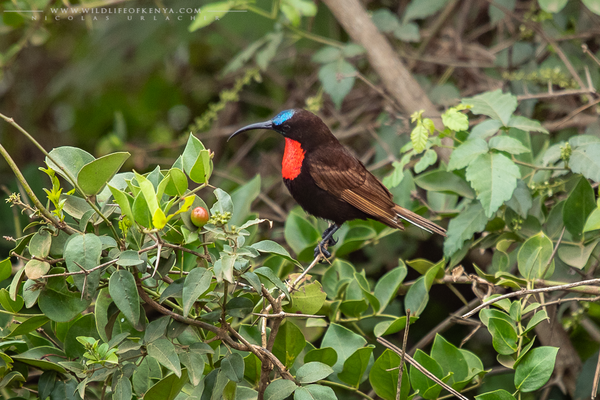 The Scarlet-chested Sunbird is a large dark sunbird with a long decurved bill. The male is spectacular, glossy velvet-black with a striking scarlet daub on the chest and an iridescent green crown and throat. The female is dark gray-brown and heavily streaked underneath. Singles and pairs occupy a broad variety of dry and moist savanna, parkland, and gardens, eating nectar and insects. The species gives a loud series of “tjip” and “teeeuw” notes. Hunter’s Sunbird differs from the similar Scarlet-chested Sunbird by having a violet rump and shoulder patches and having a black central throat (not iridescent green).