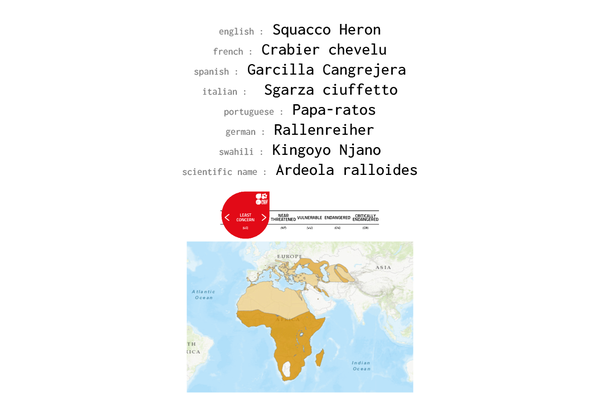 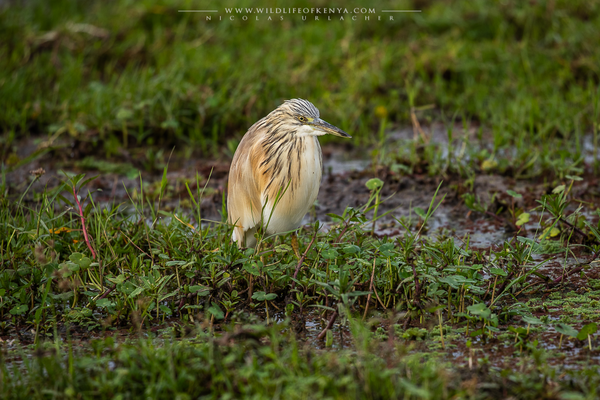 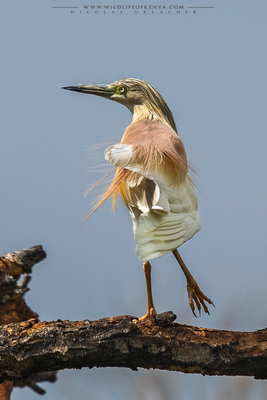 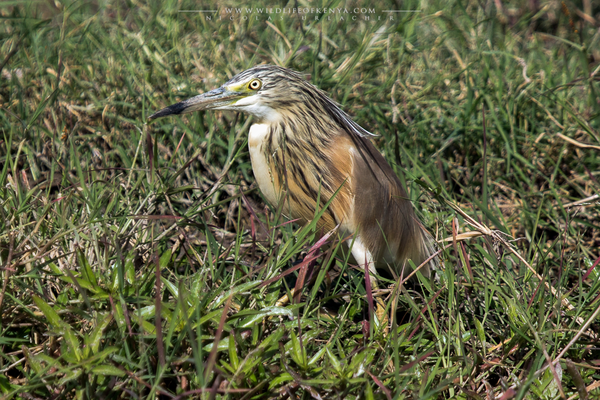 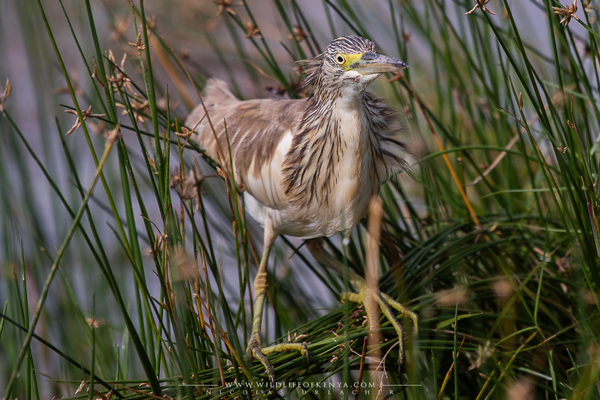 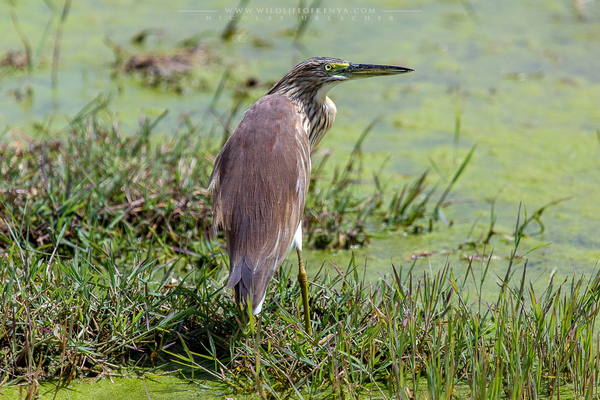 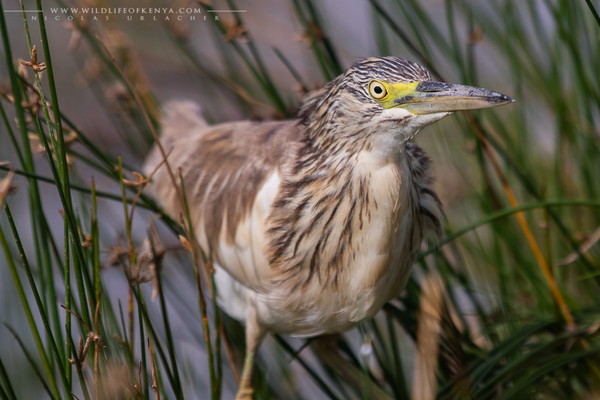 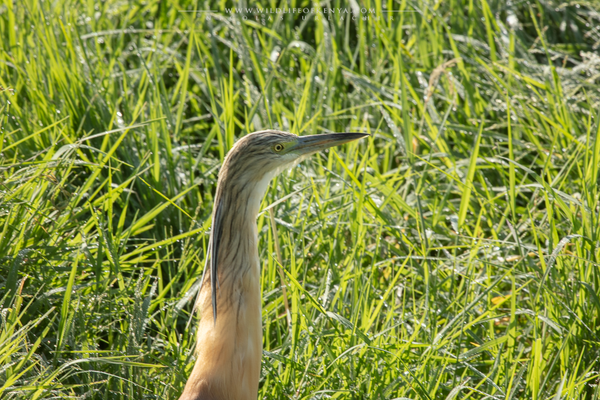 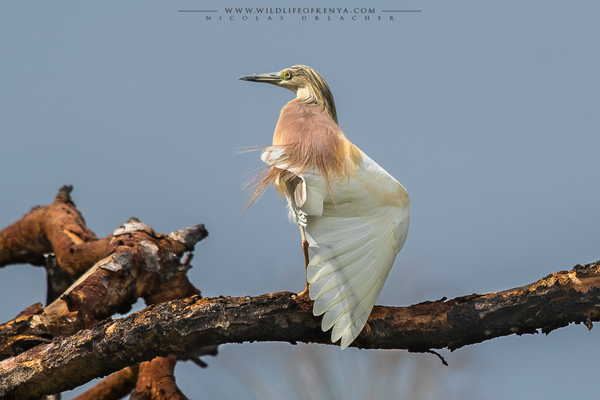 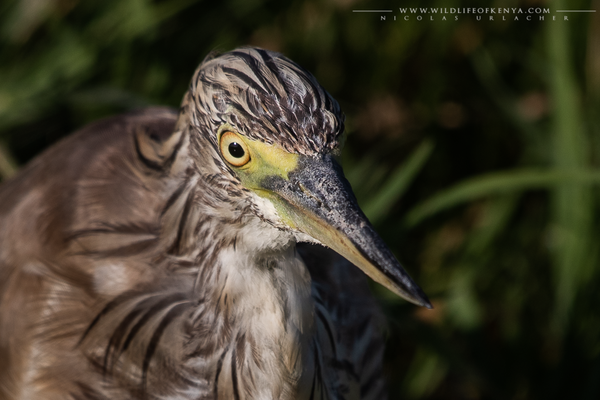 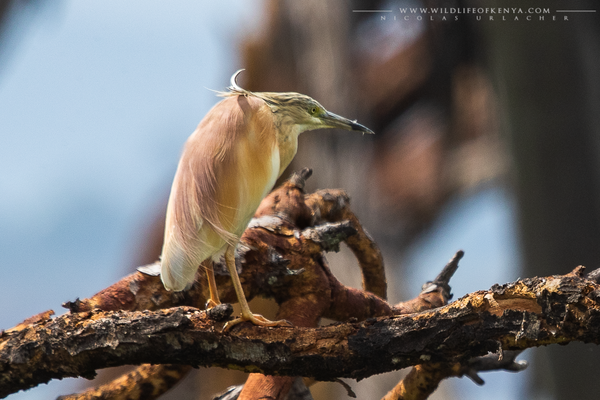 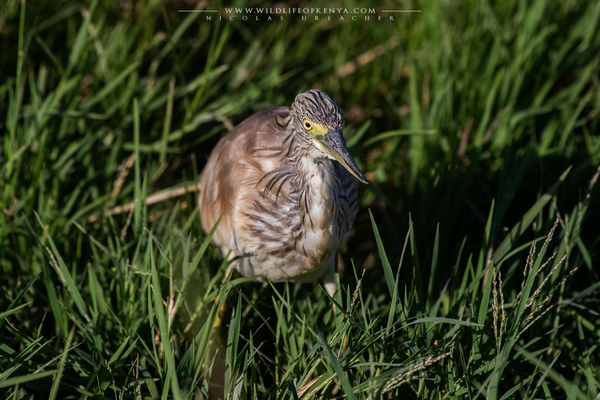 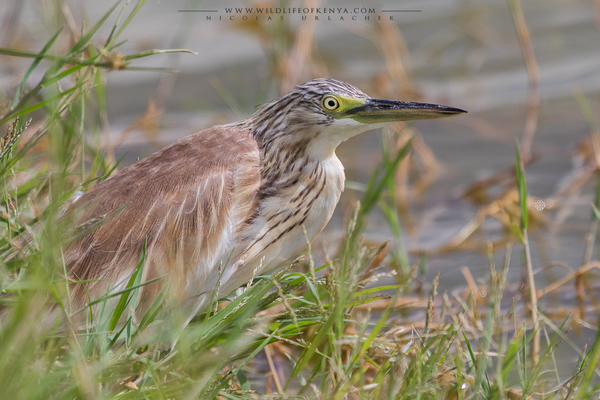 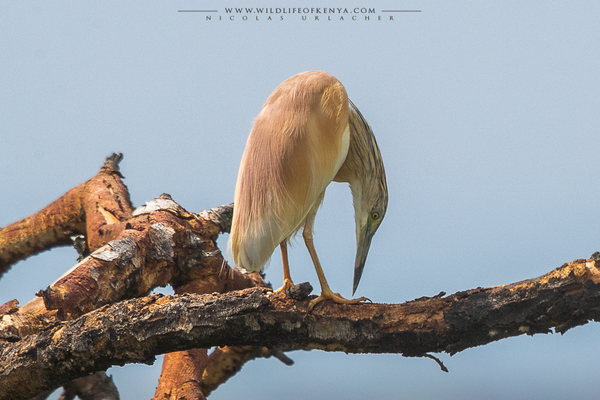 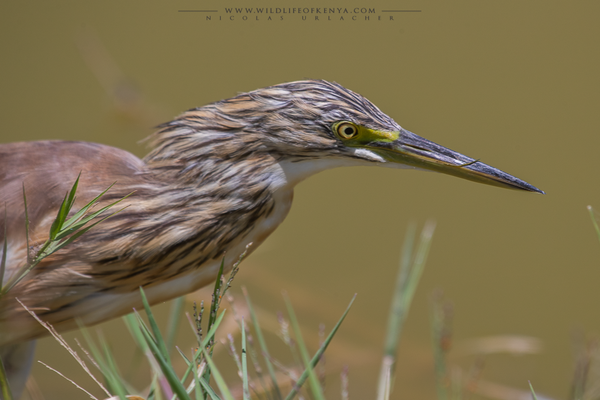 The squacco heron (Ardeola ralloides) is a small heron, 44–47 cm  long, of which the body is 20–23 cm, with 80–92 cm  wingspan. This is a stocky species with a short neck, short thick bill and buff-brown back. In summer, adults have long neck feathers. Its appearance is transformed in flight, when it looks very white due to the colour of the wings.

The squacco heron is a migrant, wintering in Africa. It is rare north of its breeding range. But in Kenya it is resident all year long. It breeds regularly near Garsen, sporadically elsewhere. The squacco heron's breeding habitat is marshy wetlands in warm countries. The birds nest in small colonies, often with other wading birds, usually on platforms of sticks in trees or shrubs. Three to four eggs are laid. They feed on fish, frogs and insects.