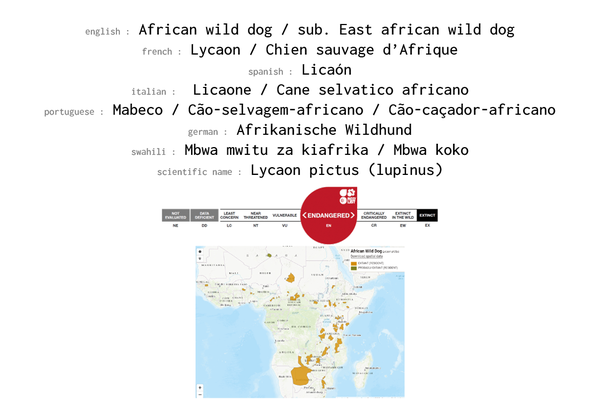 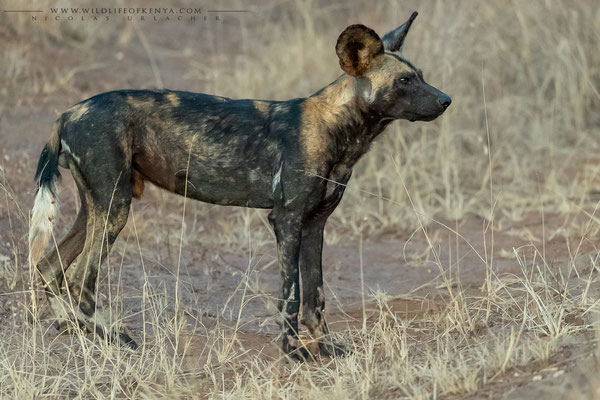 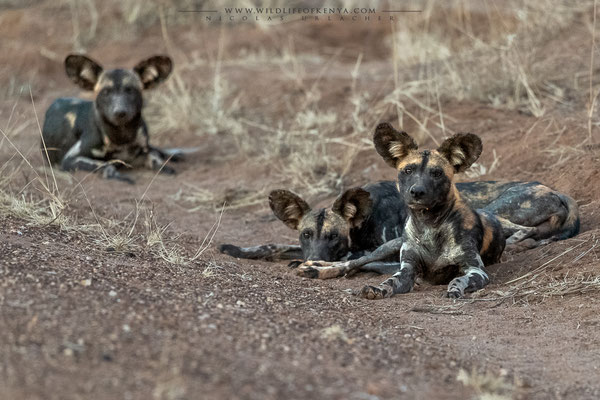 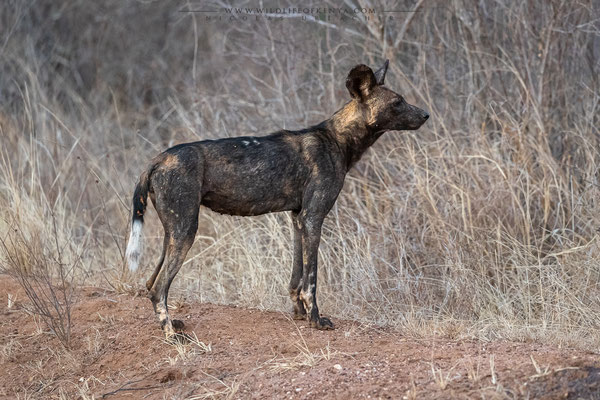 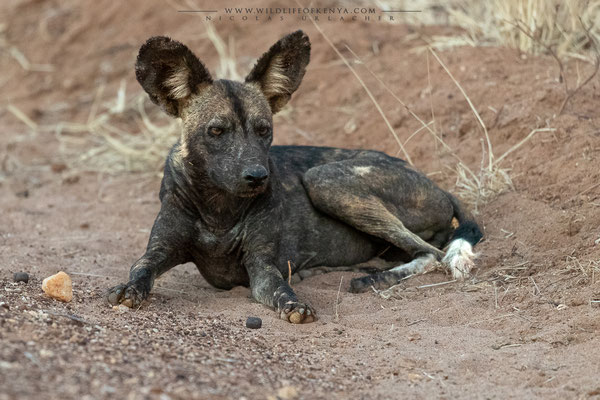 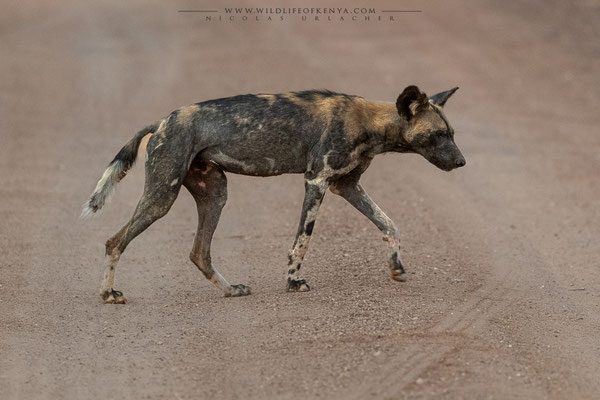 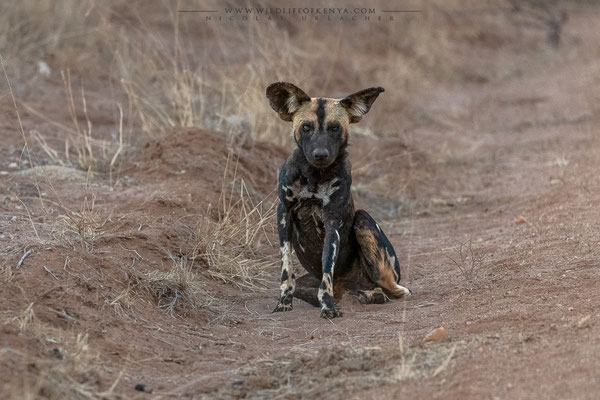 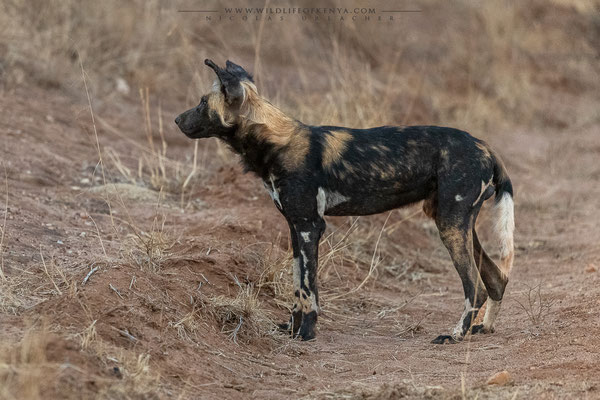 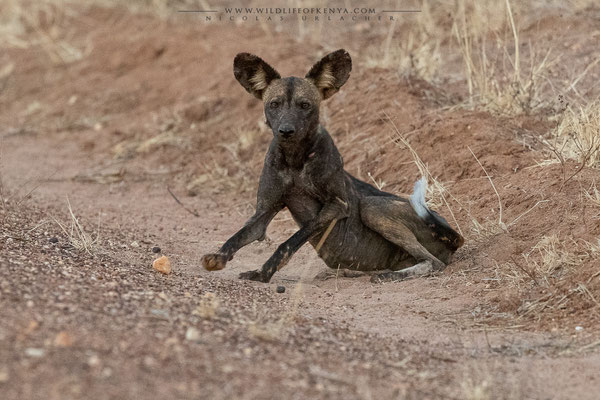 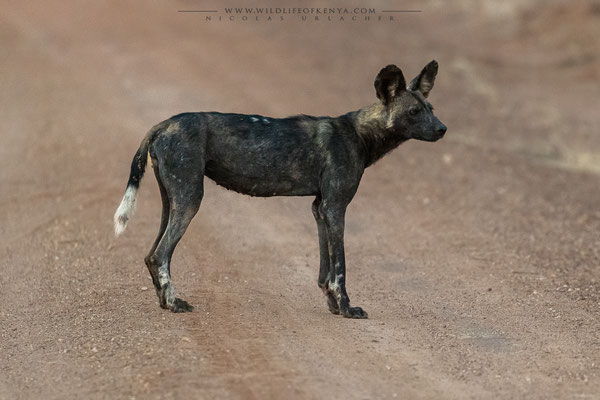 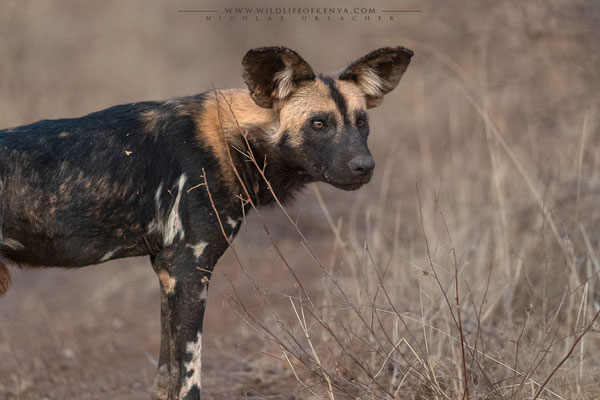 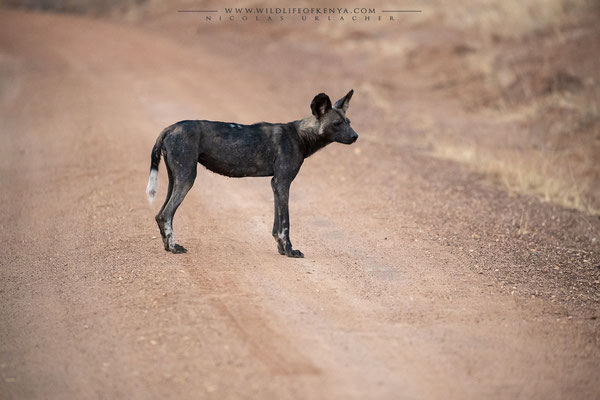 The African wild dog (Lycaon pictus) is a canine which is a native species to sub-Saharan Africa. It is the largest wild canine in Africa, and the only extant member of the genus Lycaon, which is distinguished from Canis by dentition highly specialised for a hypercarnivorous diet, and by a lack of dewclaws. It is estimated that about 6,600 adults (including 1,400 mature individuals) live in 39 subpopulations that are all threatened by habitat fragmentation, human persecution, and outbreaks of disease. As the largest subpopulation probably comprises fewer than 250 individuals, the African wild dog has been listed as endangered on the IUCN Red List since 1990.

The African wild dog is a highly social animal, living in packs with separate dominance hierarchies for males and females. Uniquely among social carnivores, the females rather than the males disperse from the natal pack once sexually mature.

The species is a specialised diurnal hunter of antelopes, which it catches by chasing them to exhaustion. Its natural enemies are lions and hyenas: the former will kill the dogs where possible, whilst hyenas are frequent kleptoparasites.

Like other canids, the African wild dog regurgitates food for its young, but also extends this action to adults, as a central part of the pack’s social life. The young are allowed to feed first on carcasses.

In Kenya ot is occasionally sighted in the southern part of the Lake Turkana National Parks and the surrounding Turkana County. Vagrant individuals are sometimes sighted at the border with Sudan, in the northeast, around Mandera, Wajir County, and Marsabit National Park. It is rarely encountered in the Samburu National Reserve and has been absent from the Buffalo Springs National Reserve since the mid-1980s. But, recently, in 2020 and 2021, a group of Wild Dogs has been spotted regularly in Samburu. It is now absent from Mount Kenya, though it was reportedly common in the 1950s.It was twice sighted outside Nairobi National Park, though it is regularly shot and snared there. The species disappeared from the Maasai Mara in 1991 after a disease outbreak. But a group of Wild Dogs is now regularly observed on the ecarpement and in Mara North / Lemek Conservancies. It is still present in small numbers in the Lamu District, but is declining in the Dodori National Reserve. A few packs were present in Laikipia until 2017 when widespread illegal encroachment by cattle herders led to the animals being shot, or affected by disease introduced by domestic dogs. It is now thought to be absent from the region, except for perhaps a few individuals. But actually the best area to spot some Wild Dogs is Tsavo west National Park where several packs seem to grow.