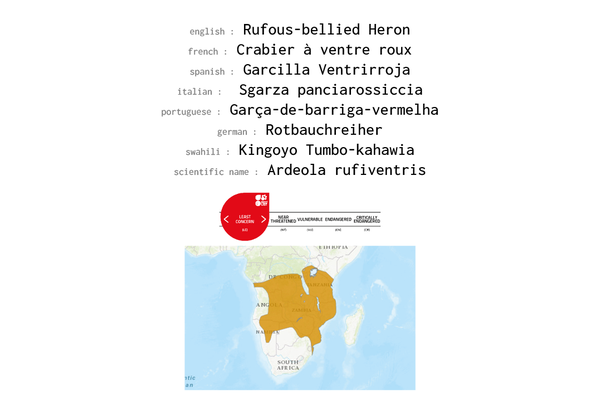 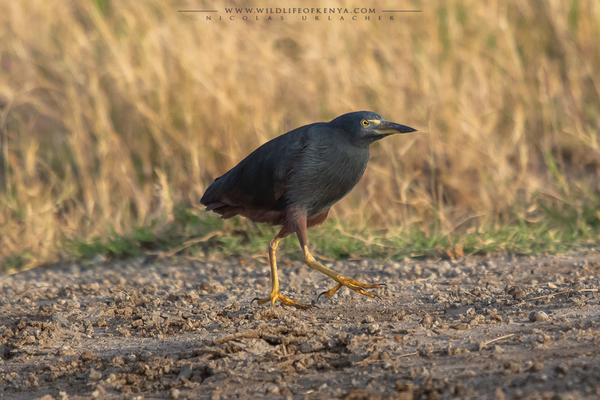 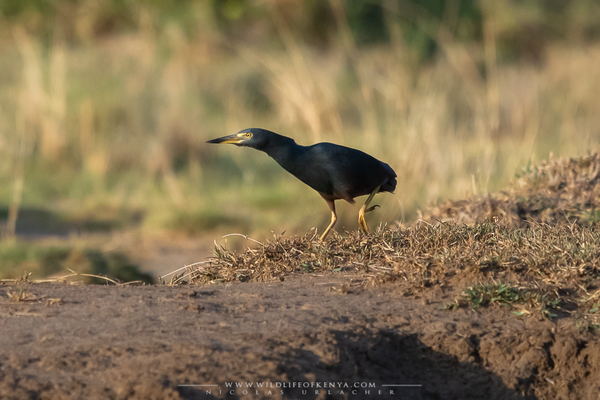 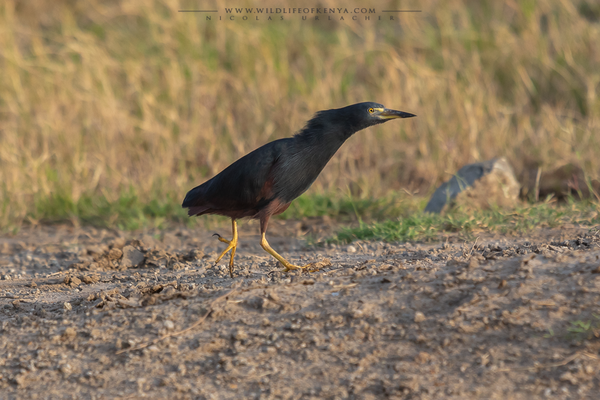 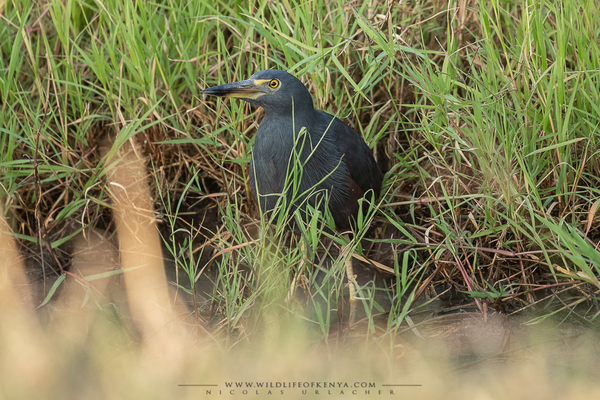 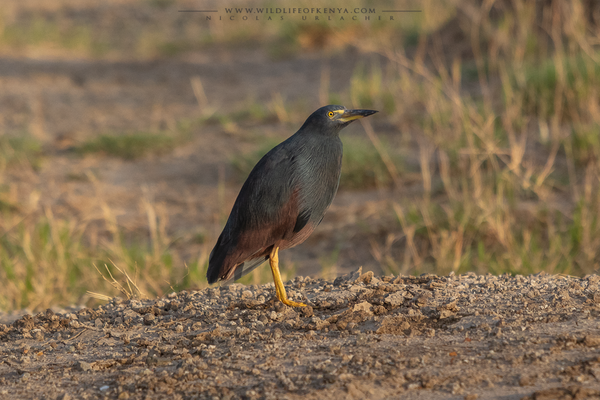 The rufous-bellied heron (Ardeola rufiventris) is a species of heron in the genus Ardeola, the pond herons, of the family Ardeidae. This is a small dark species of heron with a dark grey head, back and breast contrasting with a rufous belly, wings and tail. When seen in flight the bright yellow legs and feet contrast with the dark feathers of the underside of the body. Juveniles are paler and browner, darkening as they mature. This is a skulking species which when hiding assumes a bittern-like posture but with its bill in a horizontal rather than vertical position. It usually prefers to hunt on the landward side of well vegetated wetlands and in the shallow water. It is a largely sedentary species, which may make partial migratory movements to follow rainy season inundations of flood-plains. Breeding occurs during the rainy season, or when flooding is at a peak where this occurs early in the dry season. It nests colonially in mixed colonies, typically in small groups of 6-30 pairs (...).

The diet consists mainly of small fish such as tilapia and barbus, amphibians, crustaceans, aquatic insects and other aquatic invertebrates.

Usually solitary. Fairly shy but will sometimes stand in the open.