Back to primates, Rodents and Others 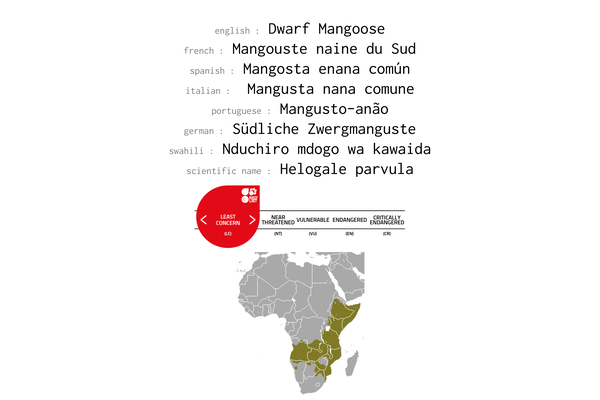 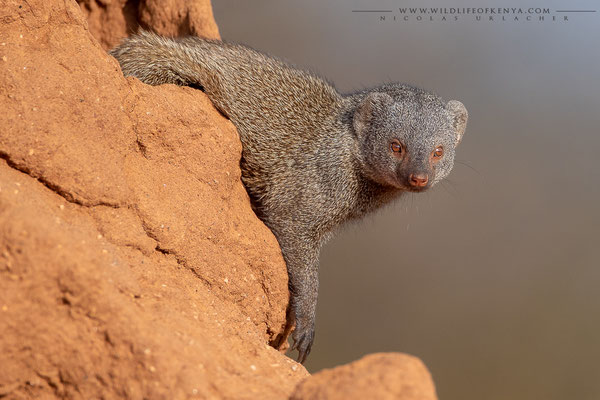 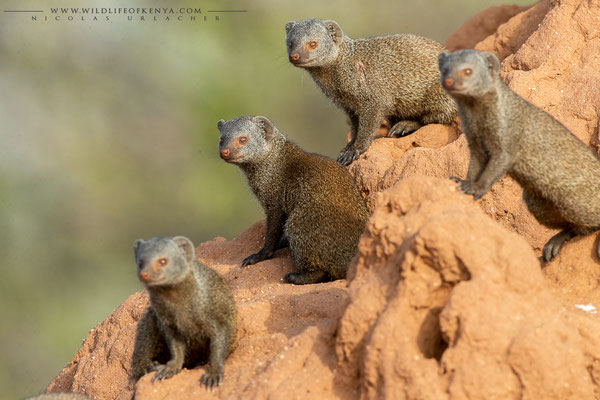 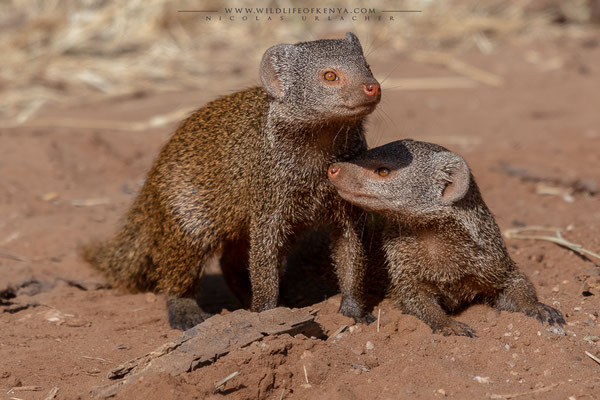 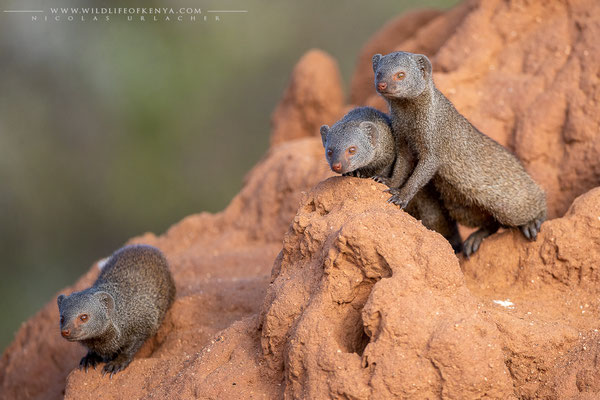 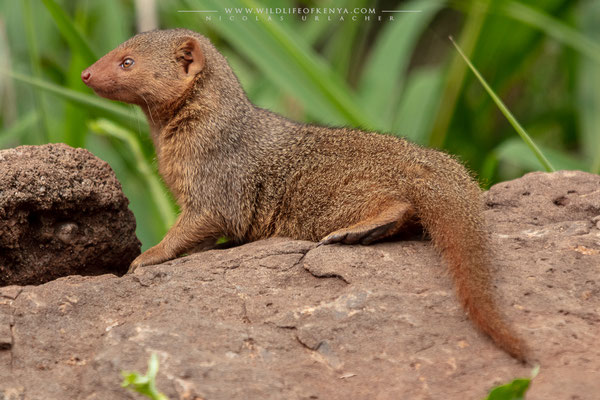 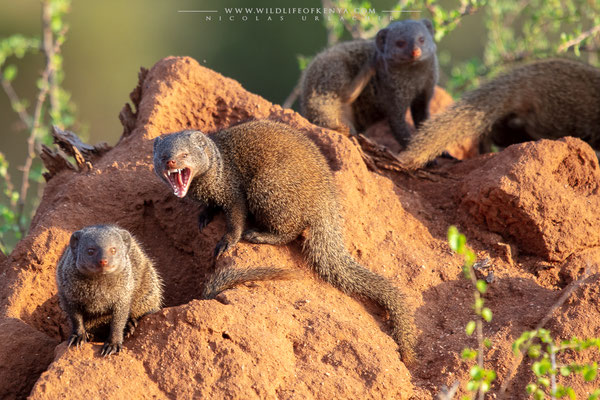 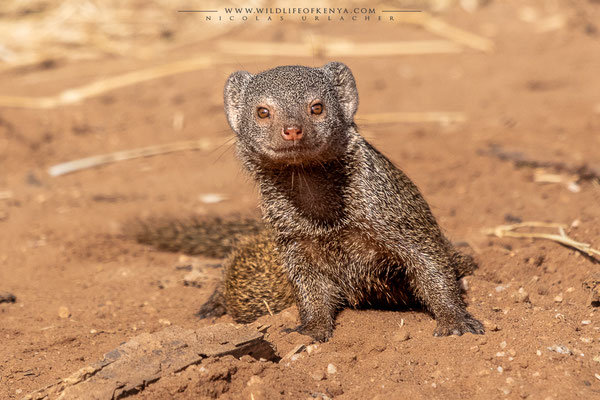 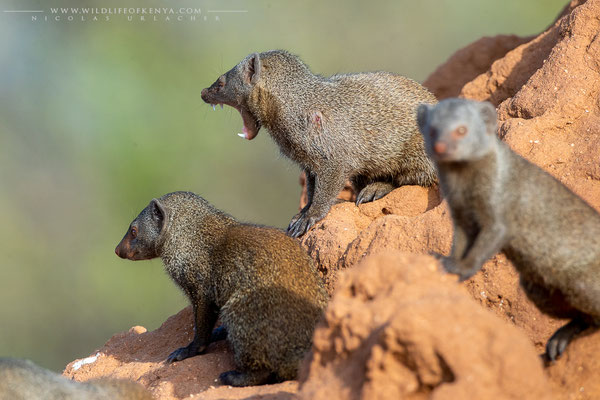 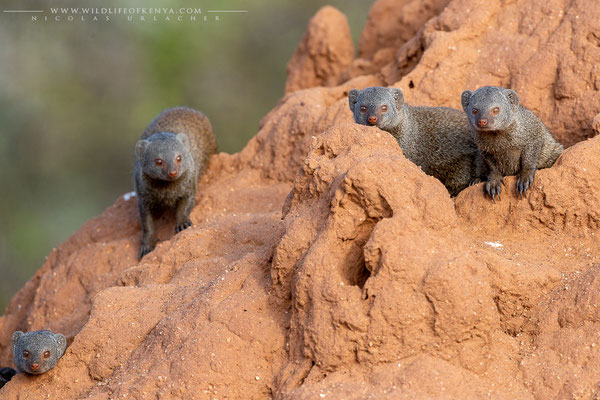 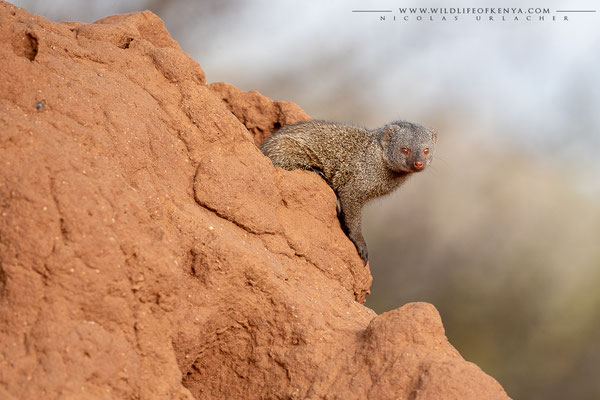 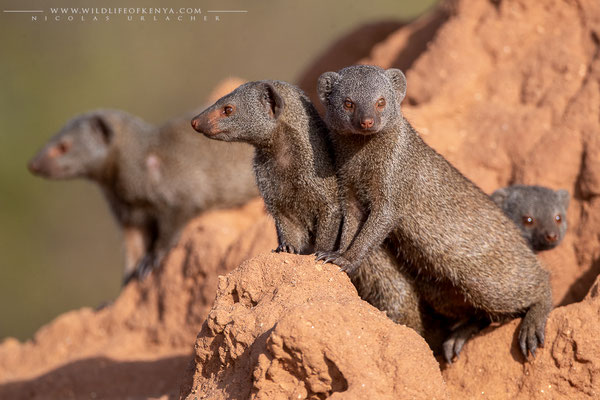 The common dwarf mongoose (Helogale parvula), also called the dwarf mongoose, is a small African carnivore belonging to the mongoose family (Herpestidae). It is part of the genus Helogale and as such related to Helogale hirtula. The common dwarf mongoose is a typical mongoose: it has a large pointed head, small ears, a long tail, short limbs and long claws. The species can be distinguished from other mongooses by its size. It is much smaller than most other species (18 to 28 cm, 210 to 350 grams); in fact, it is Africa's smallest member of the order Carnivora. The soft fur is very variable in color, ranging from yellowish red to very dark brown.

The common dwarf mongoose is a diurnal animal. It is a highly social species that lives in extended family groups of two to thirty animals. There is a strict hierarchy among same-sexed animals within a group, headed by the dominant pair (normally the oldest group members). All group members cooperate in helping to rear the pups and in guarding the group from predators.