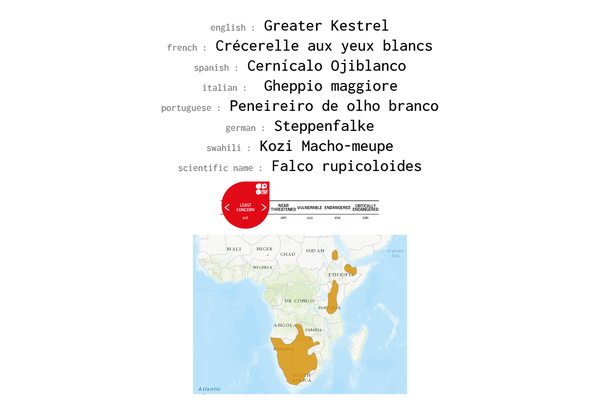 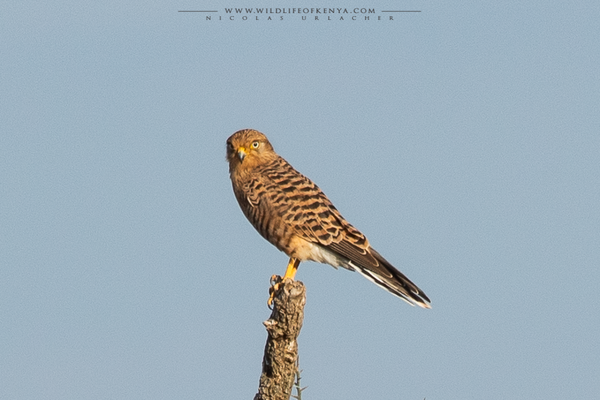 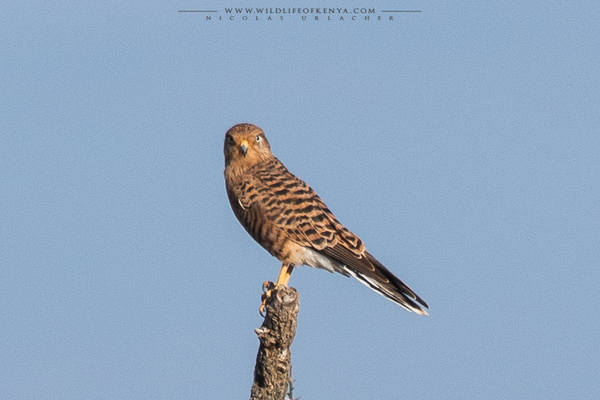 The greater kestrel (Falco rupicoloides) or white-eyed kestrel, is a bird of prey belonging to the falcon family Falconidae. It is one of the largest kestrels and is found in open country in southern and eastern Africa.

The species is usually silent but has a shrill, repeated call.

It occurs in open, arid areas where it inhabits grassland, savannas and semi-desert. It is often associated with acacias. It prefers areas where the ground cover is lower than 50 cm. It is found from sea-level up to 2150 metres, particularly between 800 and 1800 metres.

The greater kestrel usually hunts from an exposed perch such as a tree or rock. It also hovers like several other kestrels. It feeds mainly on invertebrates such as grasshoppers, termites, beetles and solifugids. It also takes lizards and sometimes small birds, mammals and snakes. It mainly catches prey on the ground. It is attracted to fires where it catches insects and other prey as they flee from the flames. Excess food may be cached underneath vegetation or stones.