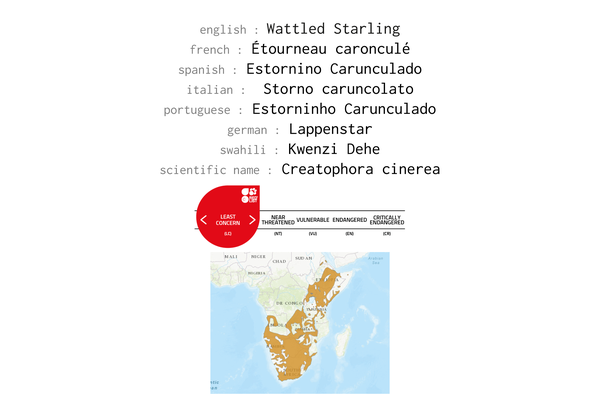 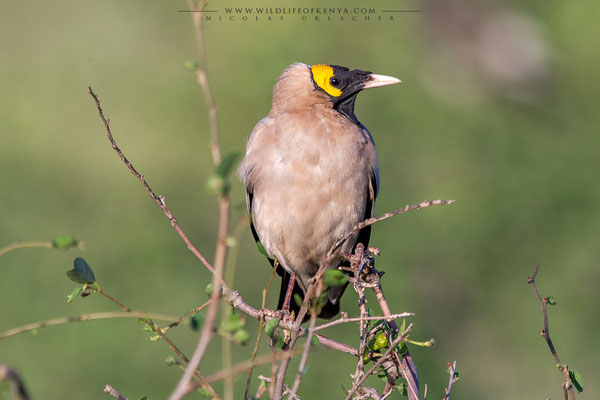 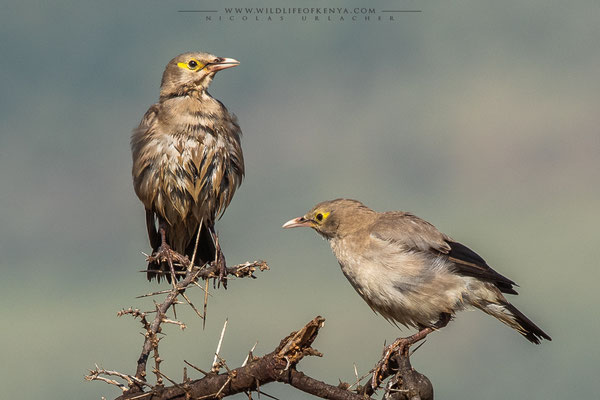 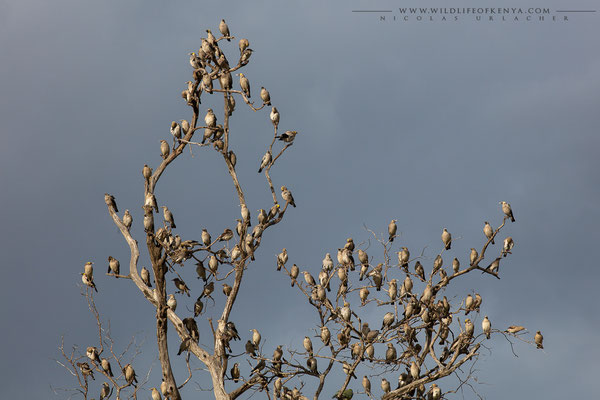 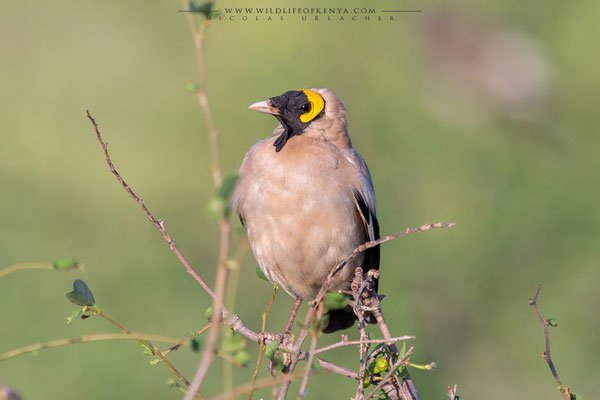 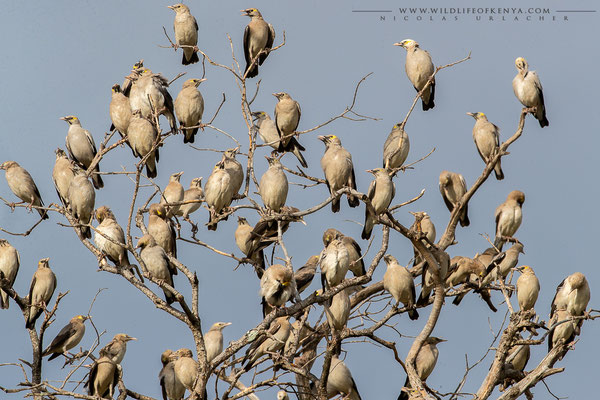 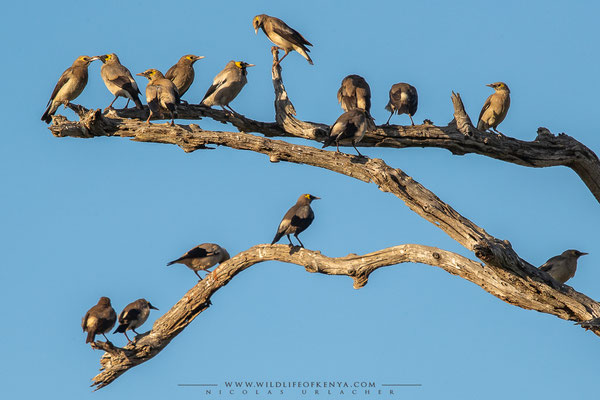 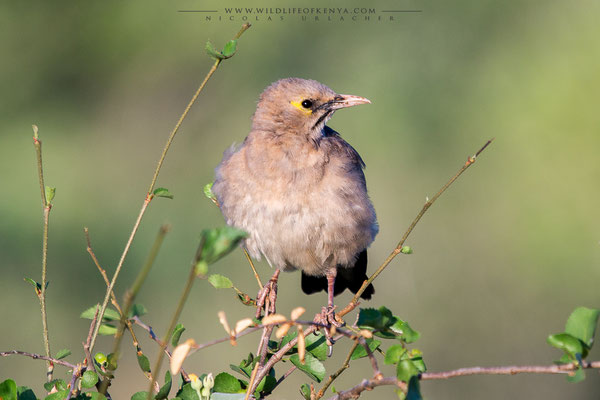 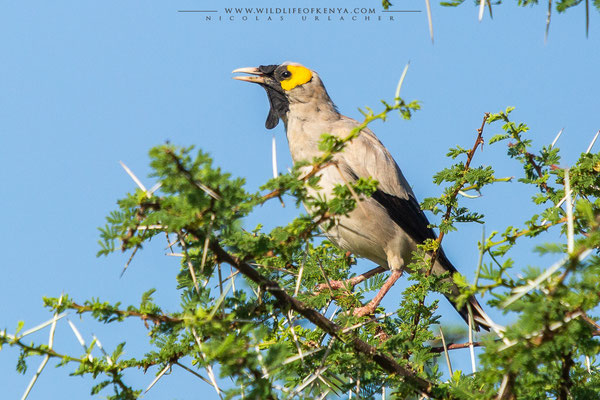 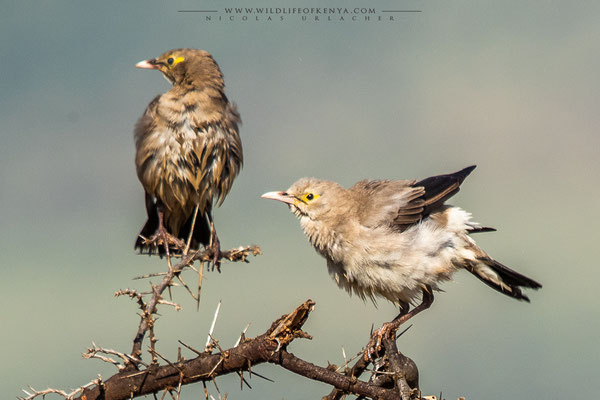 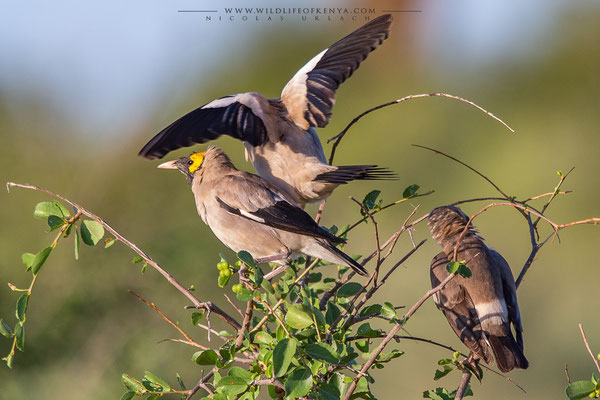 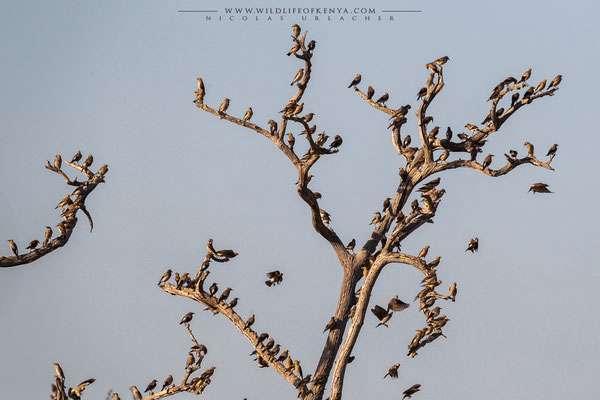 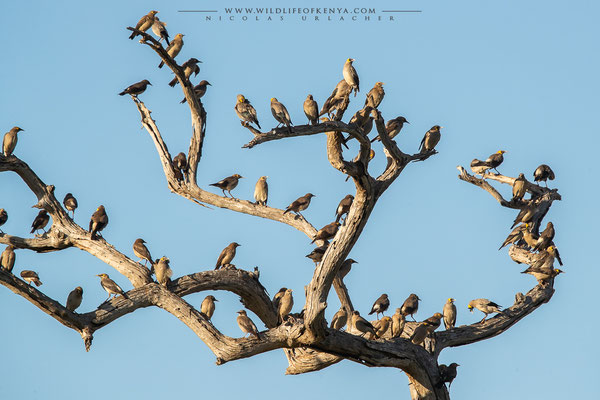 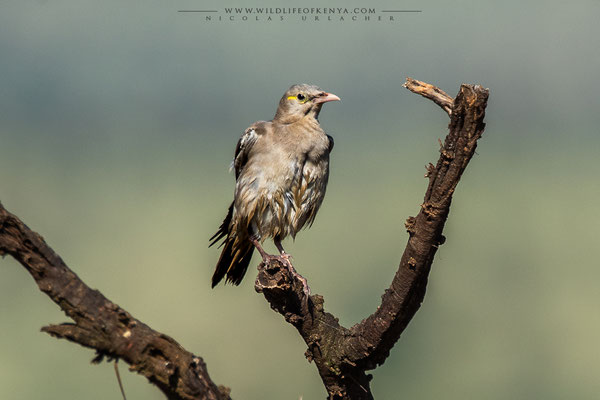 The wattled starling (Creatophora cinerea) is a nomadic resident in eastern and southern Africa. It is a species of grassland, open woodland and cultivation. This is the only African starling which appears to show affinities with the Asian starlings, particularly the genus Sturnus. Its bare face patches and ability to open-bill feed in grassland are unique amongst African starlings. It is the only member of the genus Creatophora.

The wattled starling is a colonial breeder, and may share its colonies with the Cape weaver. It always nests in trees or bushes, including acacias and eucalyptus at between 1 and 10 m above the ground. The globular nest is made from twigs and lined with grass or feathers. The two to five, usually three or four, eggs are pale blue, immaculate or with some brown spots, and are laid before the dome of the nest is completed. Both sexes build the nest, incubate the eggs and feed the young. The eggs hatch after 11 days, and the chicks leave the nest in another 13–16 days. They cannot fly, and suffer heavy predation from large birds of prey.

Breeding is linked to an abundant insect supply, and colonies will be abandoned, even with chicks in the nest, if, for example, locust swarms are destroyed by control measures. The wattled starling is highly gregarious and will form large flocks, often with other starlings. Its reedbed roosts, which can be huge, may also be shared. Like other starlings, the wattled starling is an omnivore, taking a wide range of invertebrates seeds and berries, but its diet is mainly insects including many locusts, leading to the local name "locust bird". It will scavenge at rubbish heaps, and frequently perches on livestock, feeding on insects disturbed by the animals and also removing ectoparasites.