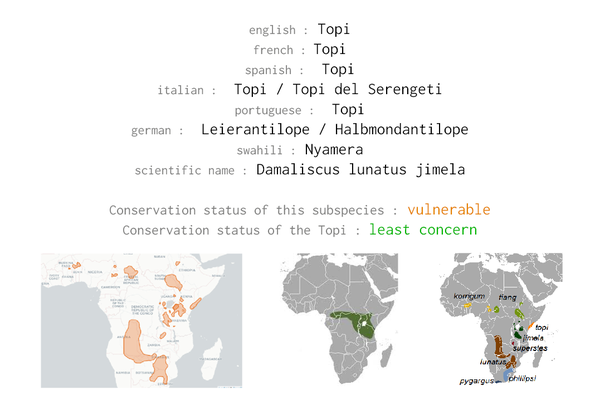 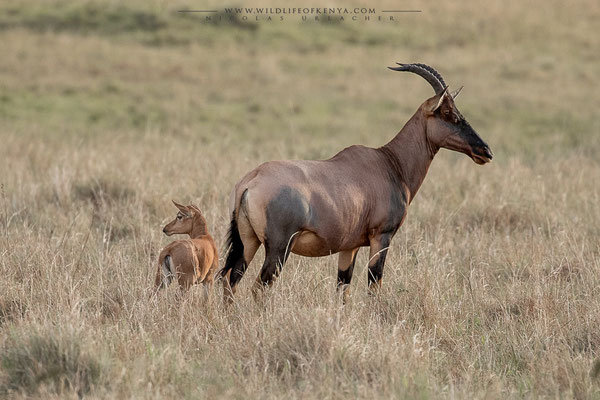 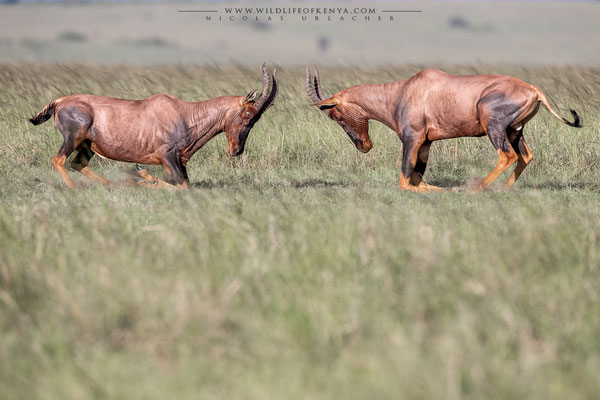 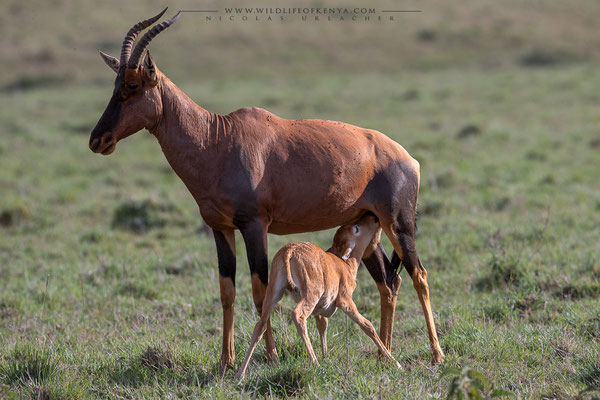 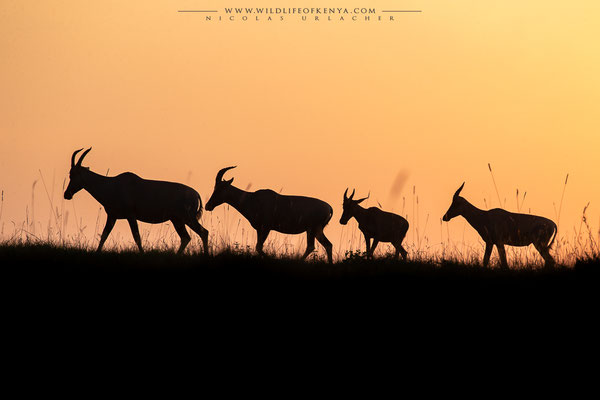 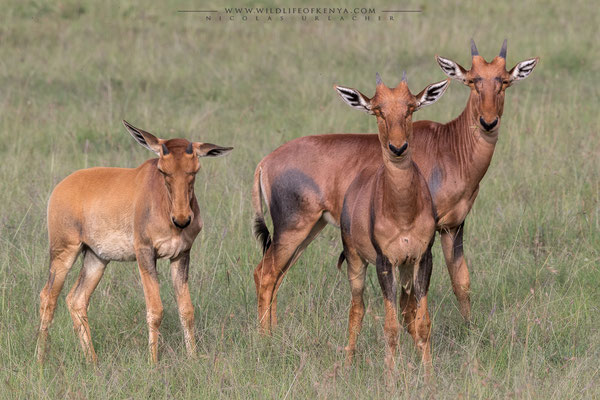 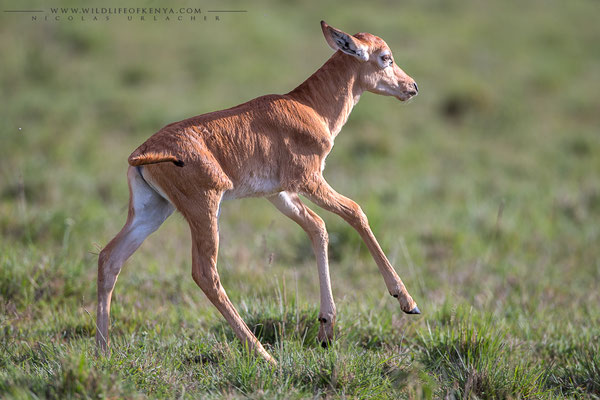 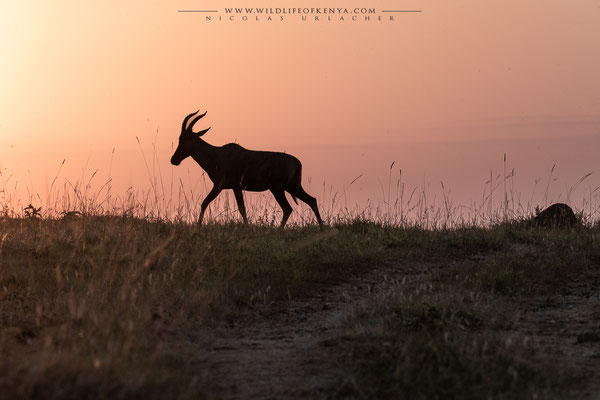 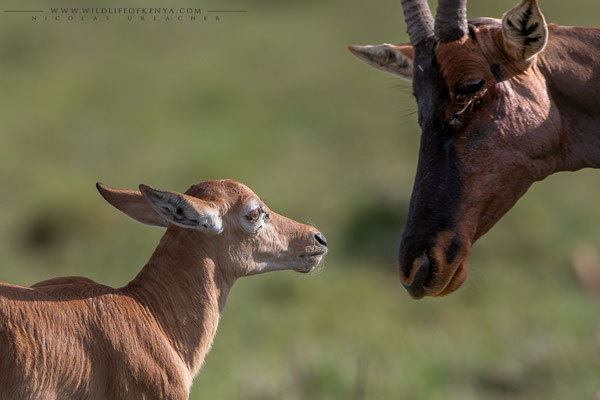 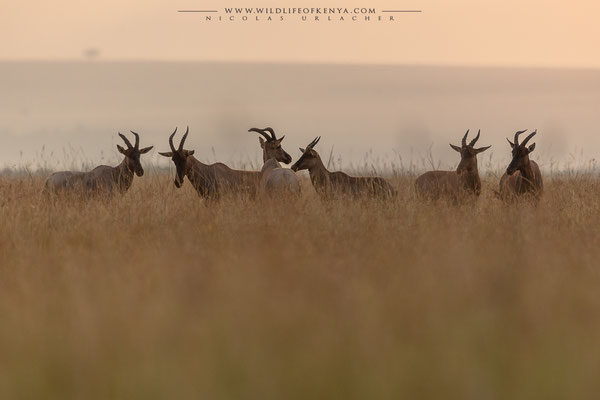 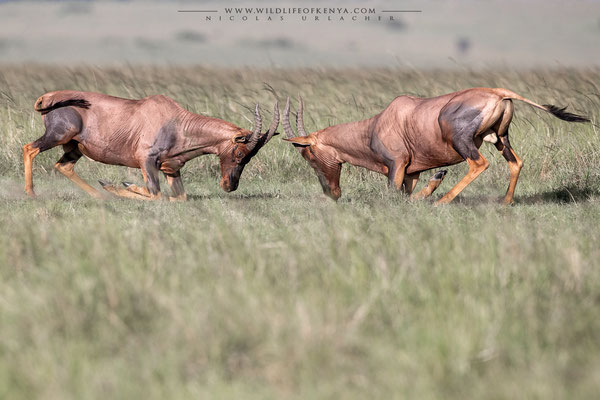 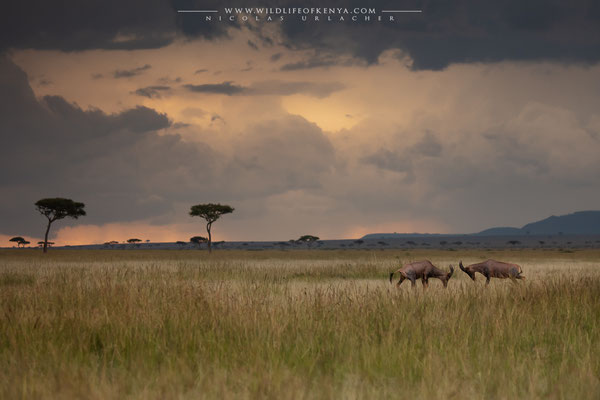 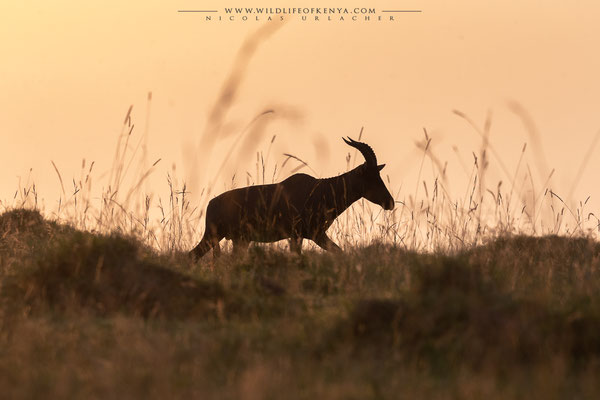 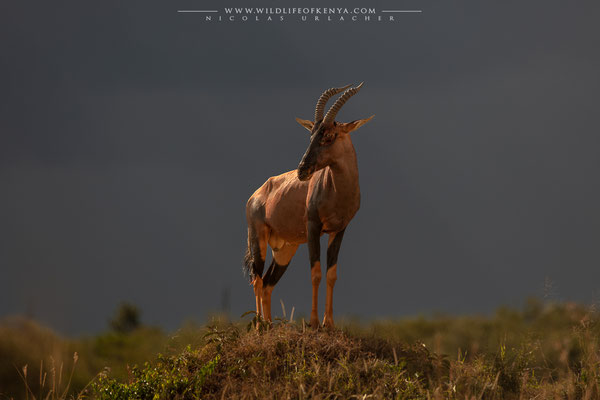 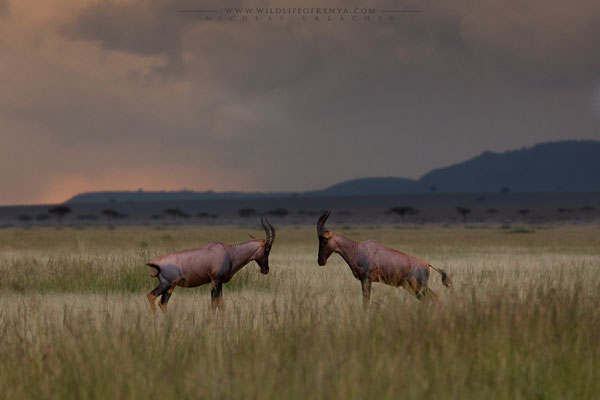 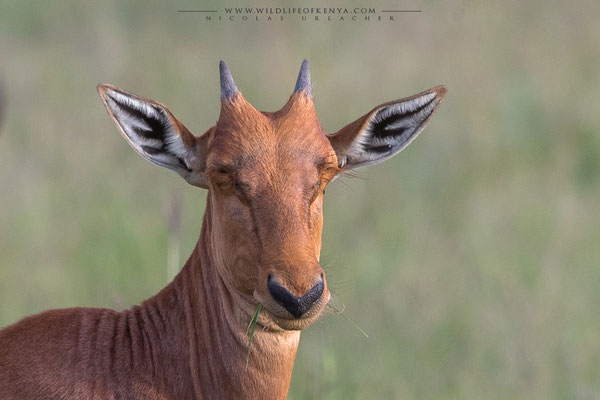 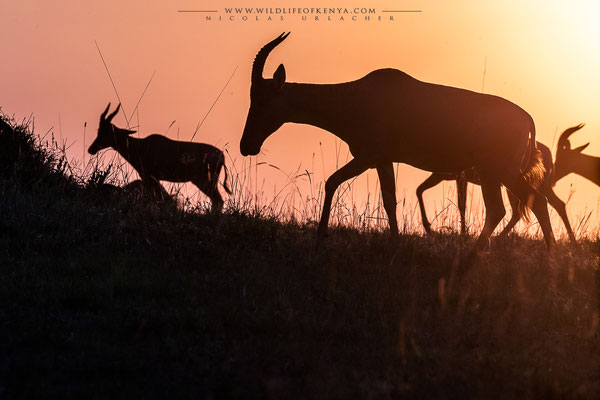 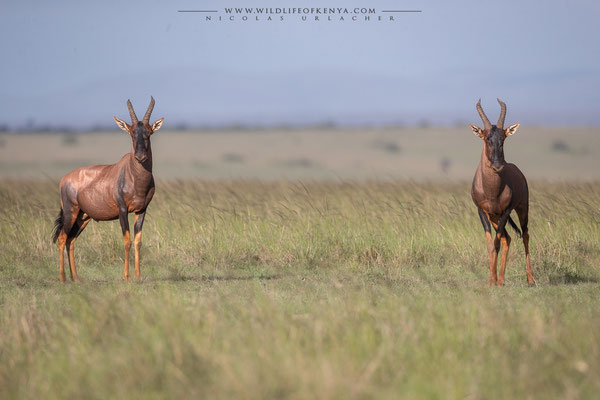 The topi (Damaliscus lunatus jimela) is a subspecies of the common tsessebe. It is a highly social and fast type of antelope found in the savannas, semi-deserts, and floodplains of sub-Saharan Africa.

A lean, sleek animal built for sustained speed the topi is considered like the fastest ongulate. Predators of topi include lions and leopards with jackals, caracals and hyenas being predators of newborns. Nevertheless, due to their high speed, topi tend to have a low predation rate.

The topi has one of the most variable social and mating systems of all antelopes : from  resident small herds to huge migratory aggregations and from large individual territories to breeding arenas, or leks, where males crowd togeteher and compete to inseminate females. But males must own property in order to reproduce. So they will fight to control groups of female and they defend a territory of grass, which will also be home to a few females and their young. At the centre of the territory is a mound that male uses to display to the other topis in the area in order to reinforce his ownership of the territory and to attract more females to his herd. The females also stand on the mound in order to alert other topis of approaching danger.

Both male and female have horns.