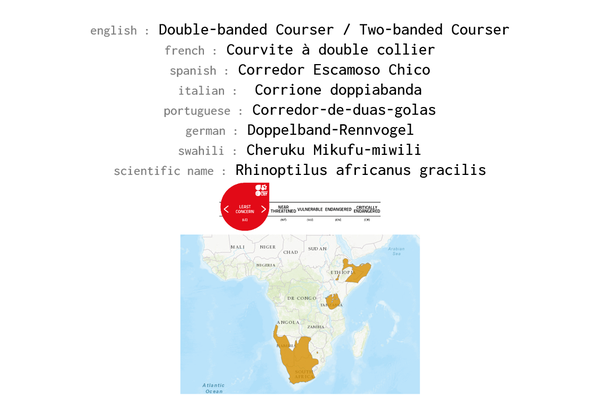 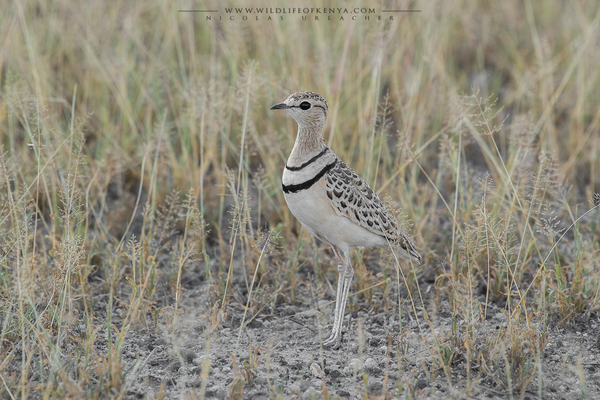 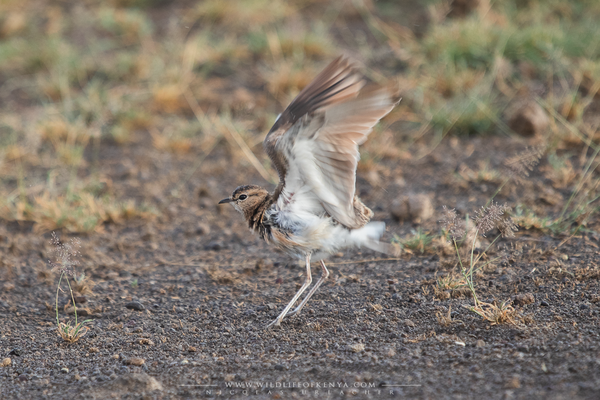 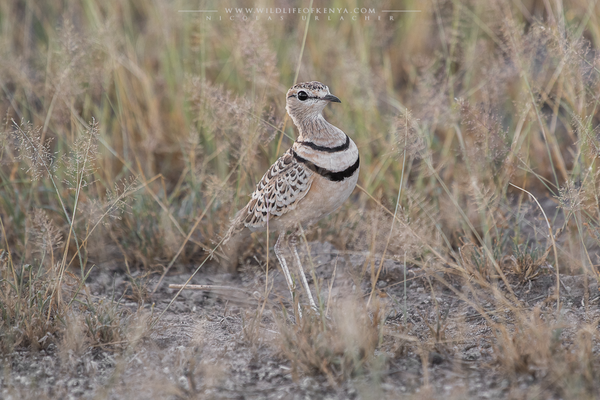 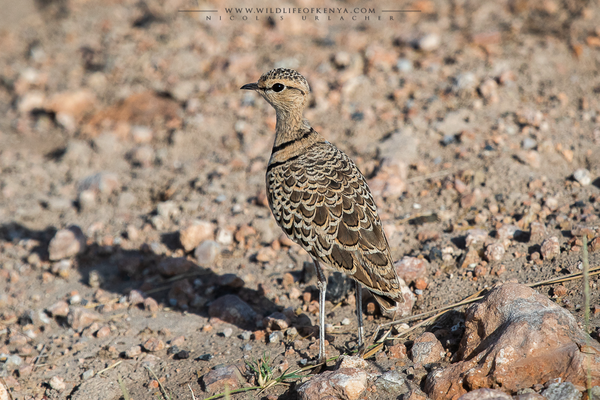 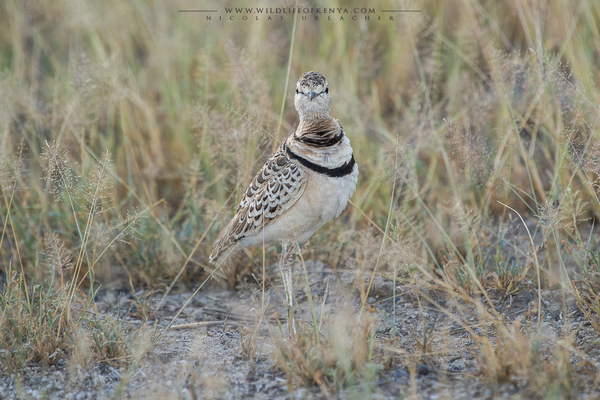 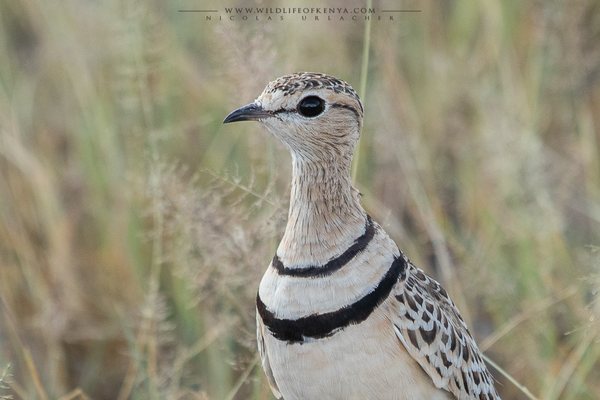 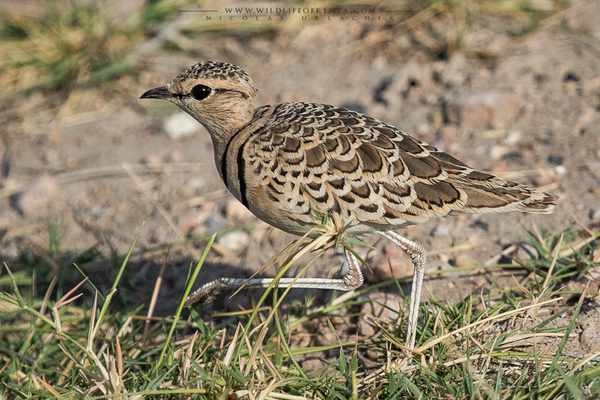 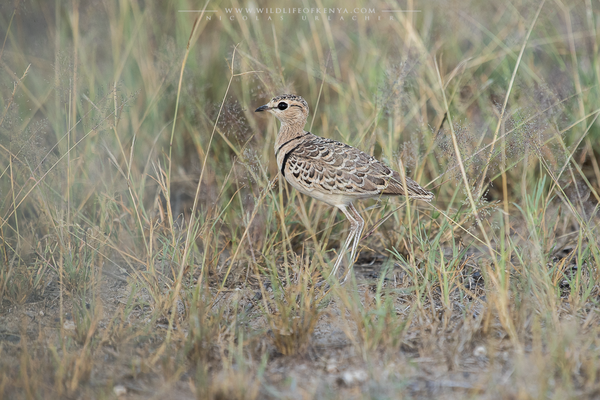 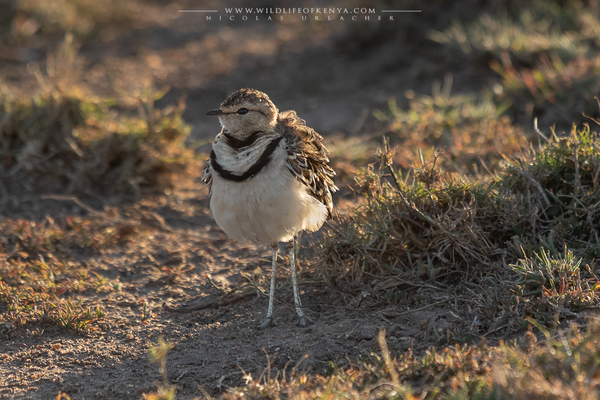 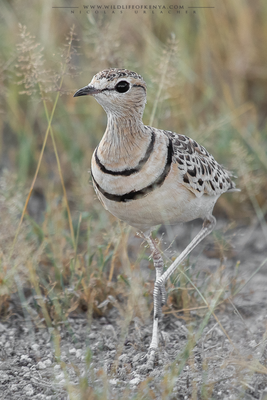 The double-banded courser is found in Ethiopia, Somalia, South Africa, and Tanzania. The double-banded courser lives and breeds in flat, stony or gravelly, semi-desert terrains with firm, sandy soil and tufty grass or thorn scrub. Double-banded coursers breed in monogamous pairs. Breeding begins after a mating dance where the male dances in semicircles around the female. The female then lays one egg, which the parents take hour-long shifts incubating. After about twenty-five days, the egg hatches. The chicks leave the nest within 24 hours of hatching, although staying close to the nest until 3–4 days old, at which point it joins its parents. Both adults feed the chick with small insects until it becomes self-providing at about 5–6 weeks old. The bird eats mostly insects, such as ants, termites, and beetles. It catches its prey by quickly running after it and jabbing with its bill.