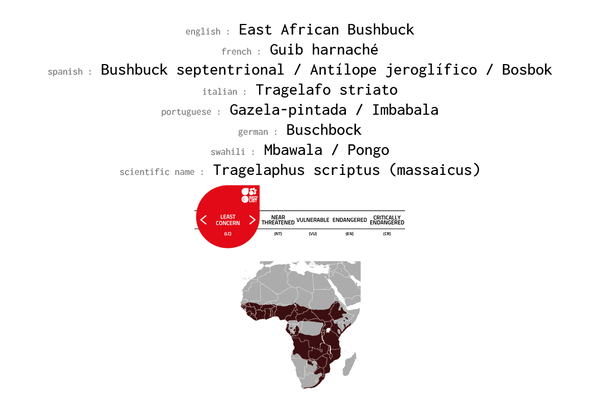 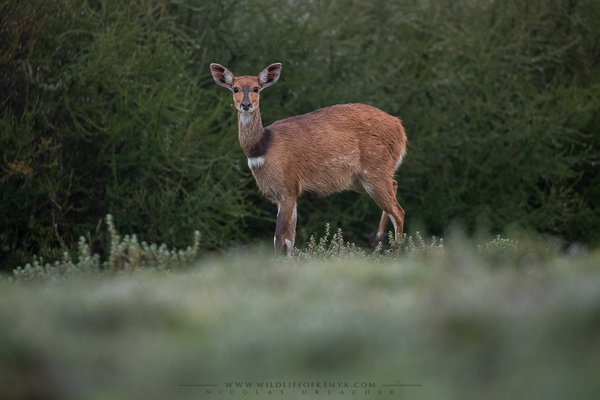 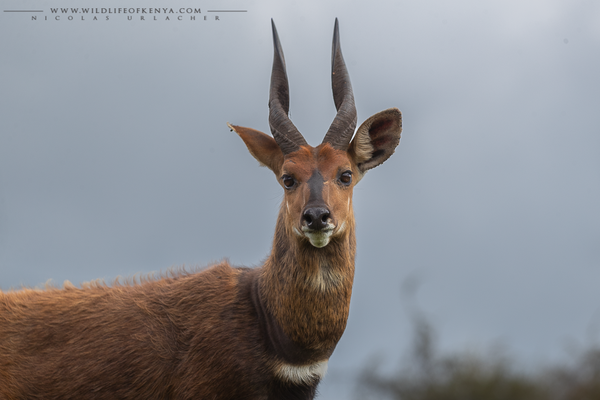 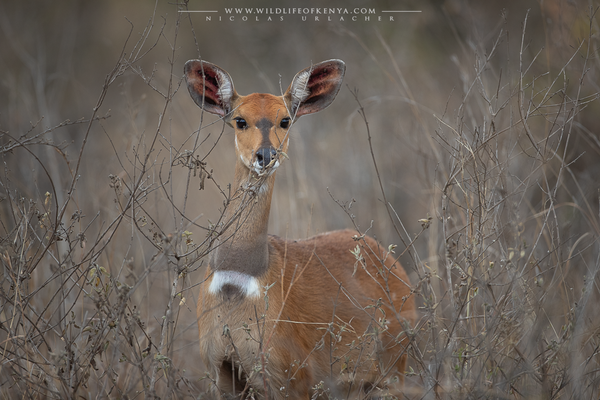 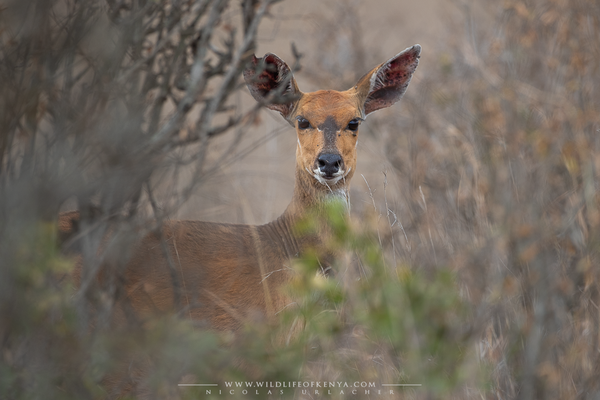 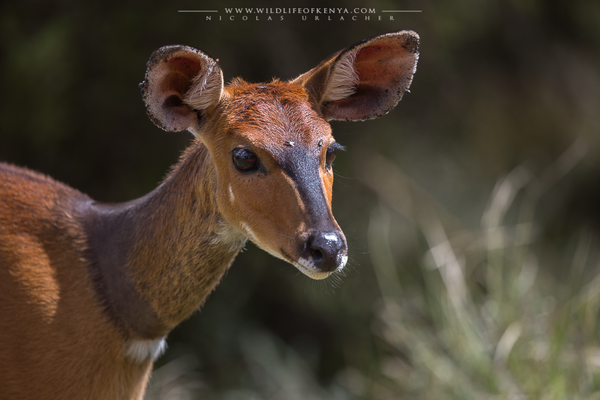 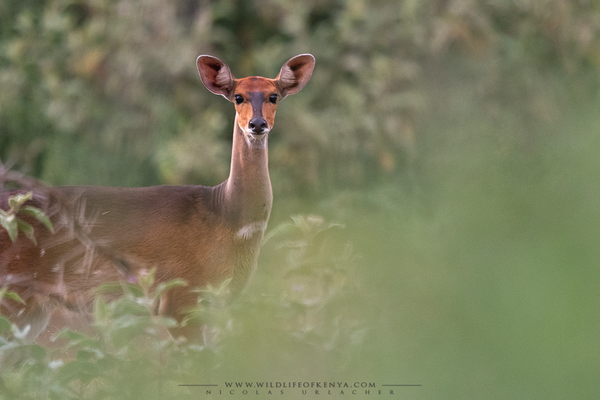 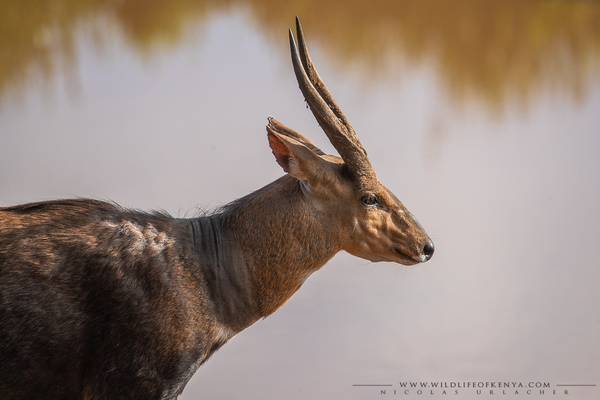 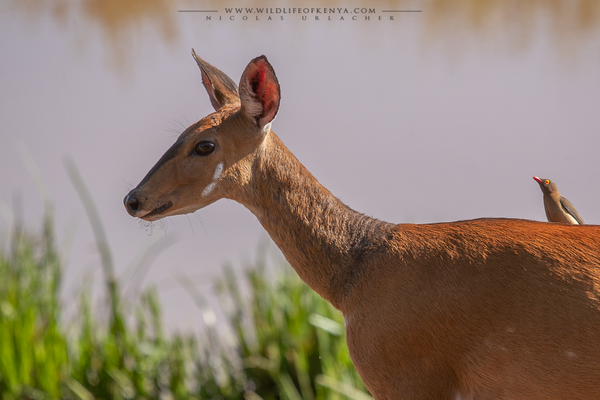 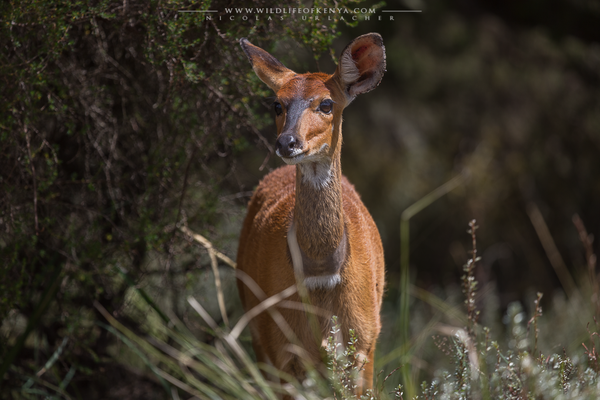 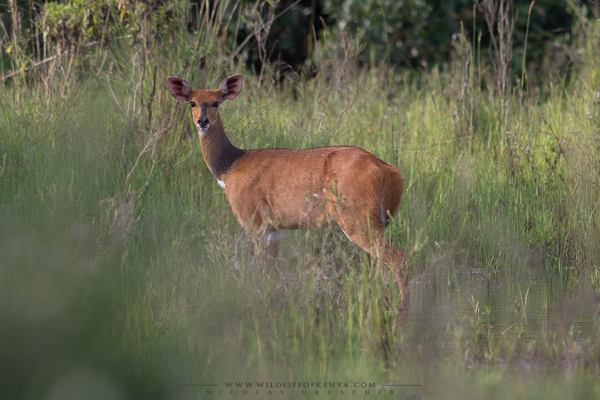 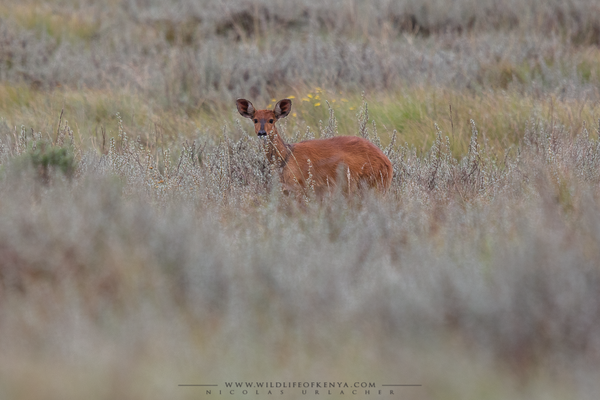 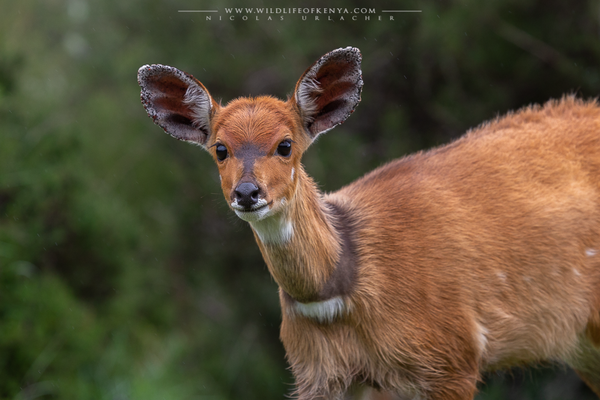 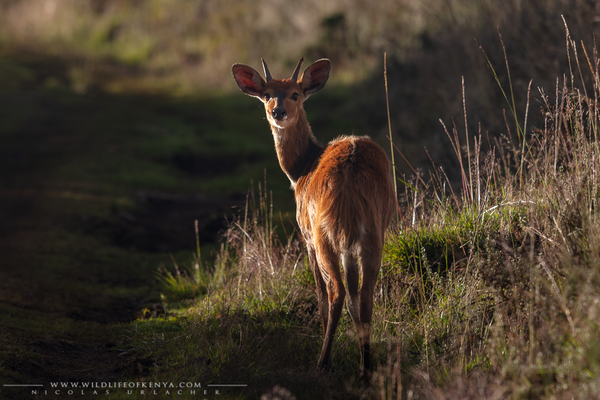 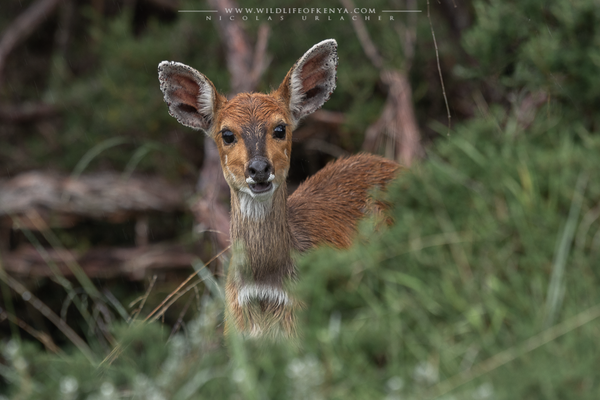 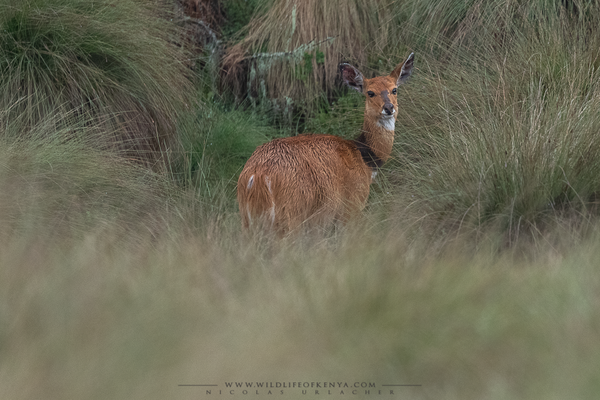 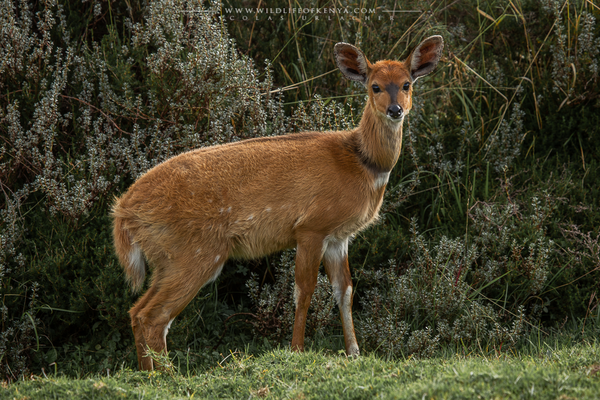 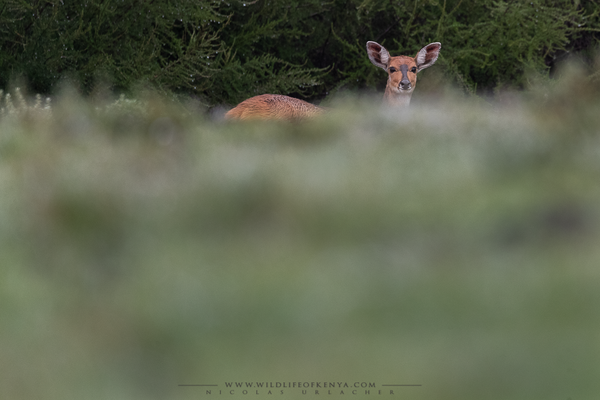 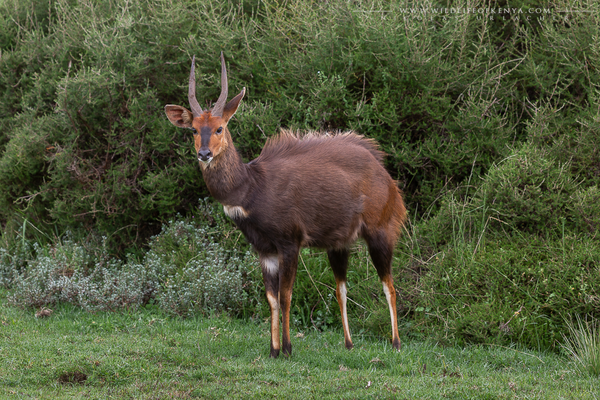 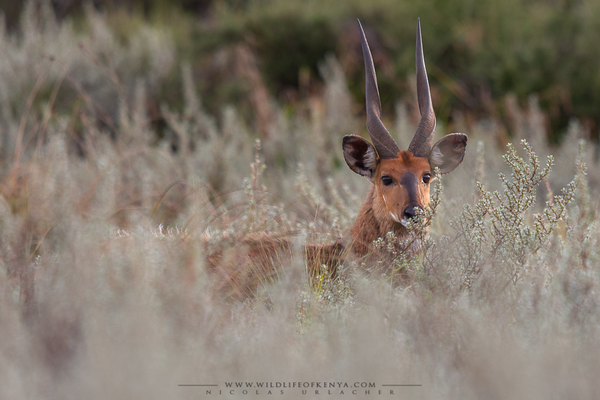 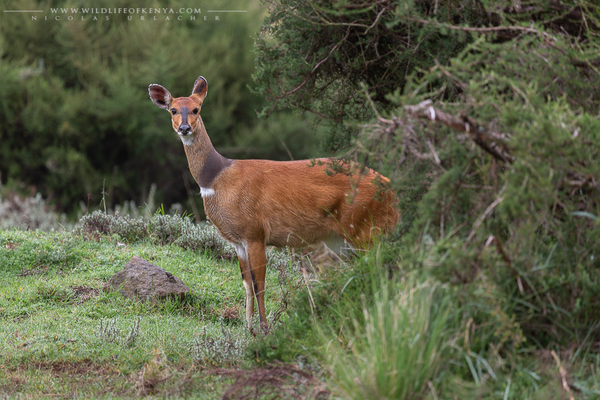 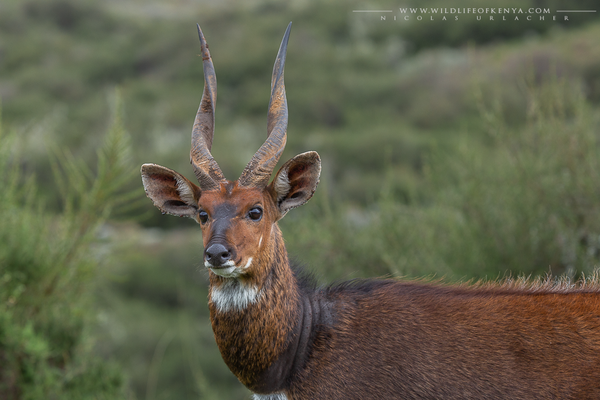 The shy and elusive bushbuck is widely distributed over sub-Saharan Africa. In East Africa it is found in a variety of habitats, though rarely on open land. Bushbucks have a lot of individual and regional differences in their coat colors and patterns. As many as 40 varieties have been described. In general, bushbuck inhabiting deep forest have darker coats. Bushbucks are forest-edge antelopes. They live in habitat including rain forests, montane forests, forest-savanna mosaics and bush savannas.

Bushbucks are basically solitary animals. Most group associations, except for a female and her latest young, are very temporary and only last a few hours or days. These antelopes have small home ranges, which may overlap with those of other bushbuck. Even so, there still is not much contact as adult individuals prefer to stay by themselves in their separate areas. Mature males usually go out of their way to avoid contact with each other.

Usually most active during early morning and part of the night, bushbucks become almost entirely nocturnal in areas where they are apt to be disturbed frequently during the day. When alarmed, individuals react in a variety of ways. If they are in forest or thick bush, they may “freeze” in one position and remain very still, their coloring camouflaging them. Sometimes they will sink to the ground and lie flat, or they may bound away, making a series of hoarse barks. When surprised in the open, they sometimes stand still or slowly walk to the nearest cover.

Bushbucks are most vulnerable to predators when on the run, but if cornered the male will fight bravely; if attacked, it may become a dangerous foe.

The principal predator is the leopard, but lions, hyenas, cheetahs, hunting dogs and crocodiles prey on bushbucks too. The young are also caught by servals, golden cats, eagles and pythons as well as baboons. Even though baboons sometimes eat the young, bushbucks continue to associate closely with them at times, picking up fallen fruit and other foods that foraging baboons drop.

Unlike buffaloes and many other animals, bushbucks do not tolerate oxpeckers or other birds that help control insect pests. As a result, they often have numerous ticks on their head and neck. They also suffer from the common ungulate diseases, including rinderpest, which diminished their numbers in the last 19th century.