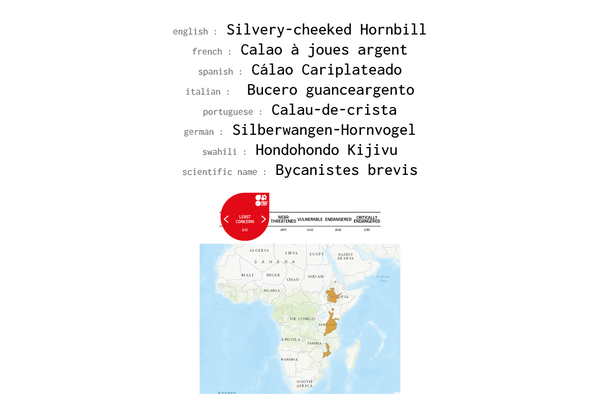 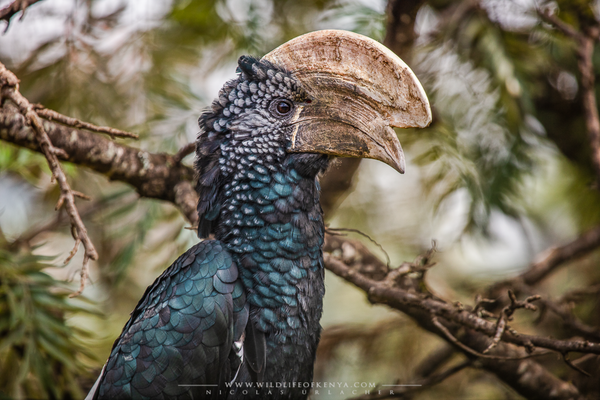 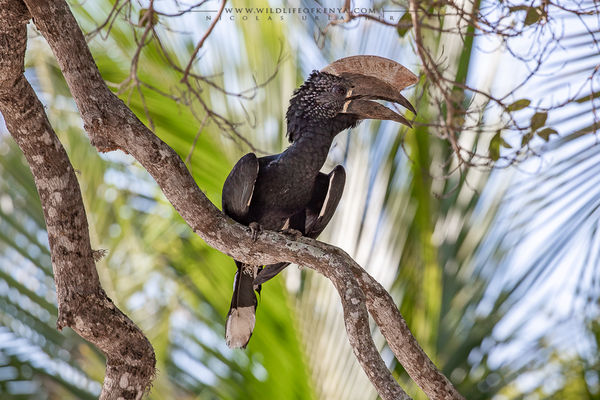 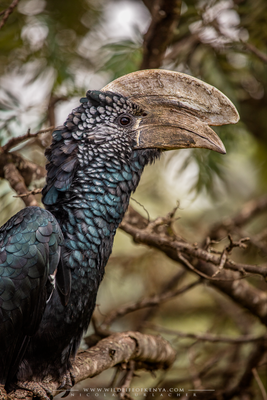 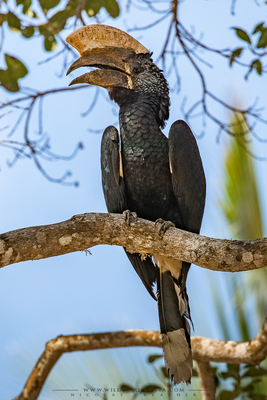 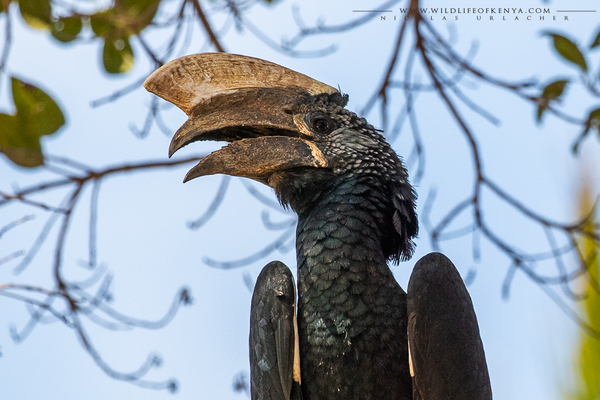 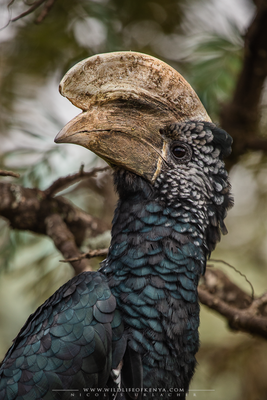 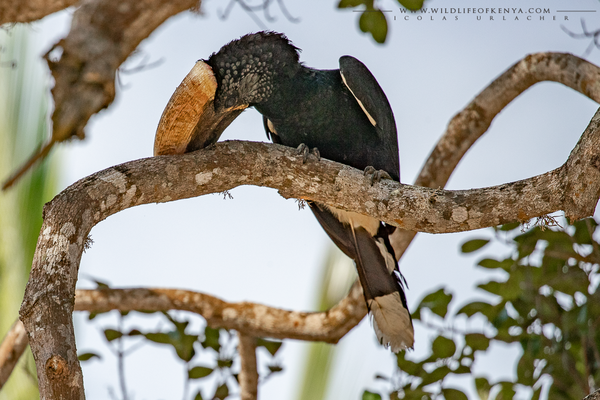 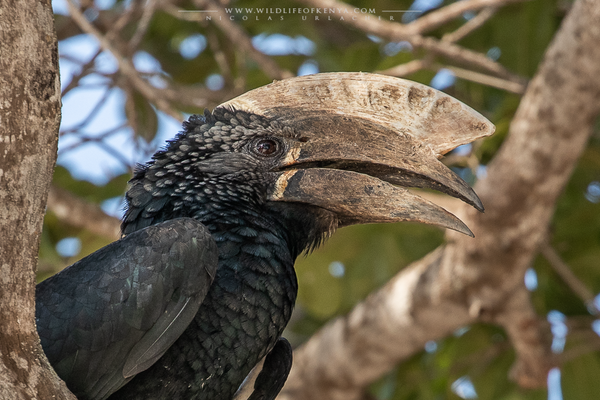 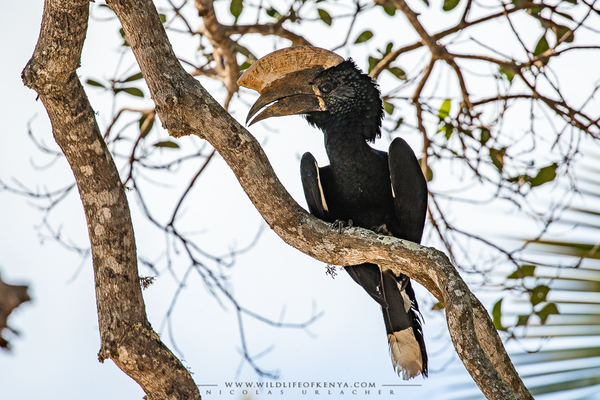 The silvery-cheeked hornbill (Bycanistes brevis) is a large species of hornbill found in Africa. Silvery-cheeked hornbills are residents of the tall evergreen forests of East Africa from Ethiopia to South Africa. In Zimbabwe it is threatened by habitat destruction and its presence in South Africa is marginal, but it remains locally fairly common, especially in the northern and central parts of its range.

Silvery-cheeked hornbills are large African birds. You can easily distinguish the male and female, as the male has a very large casque adorning the top of their bill. It is believed that this serves to amplify the male's calls.These birds primarily eat fruit, but will also consume insects and small animals for protein.These birds are monogamous, meaning they mate for life. They participate in a nesting strategy that is truly unique to hornbills, wherein the female will seal herself into a tree cavity with her brood. She will leave a slit in the opening to the cavity that is only large enough for the male's bill, as she will depend on him as her sole source of food until her chicks are ready to fledge. Because of this unique method of nesting and their dependence on trees for food and shelter, these birds are threatened with deforestation in their native range.