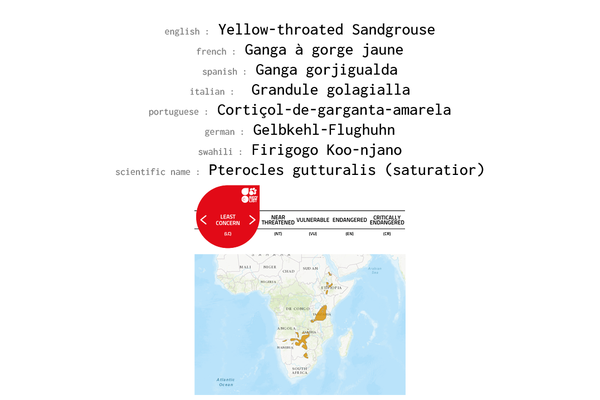 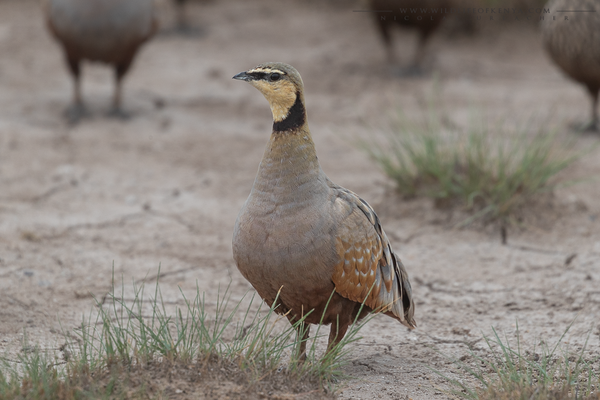 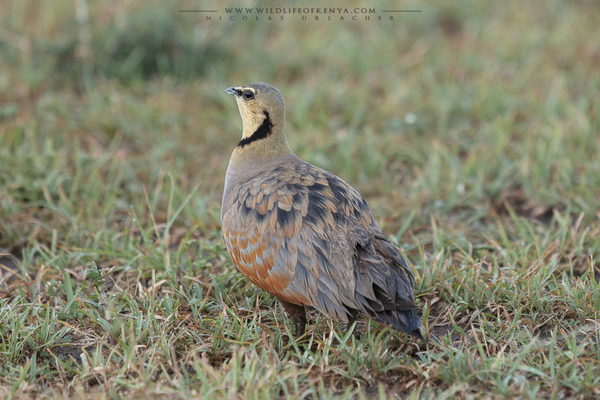 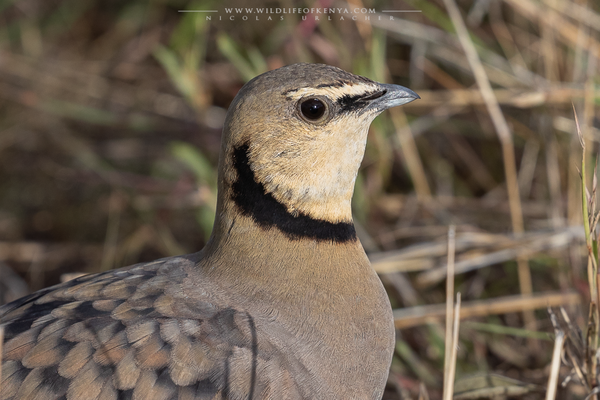 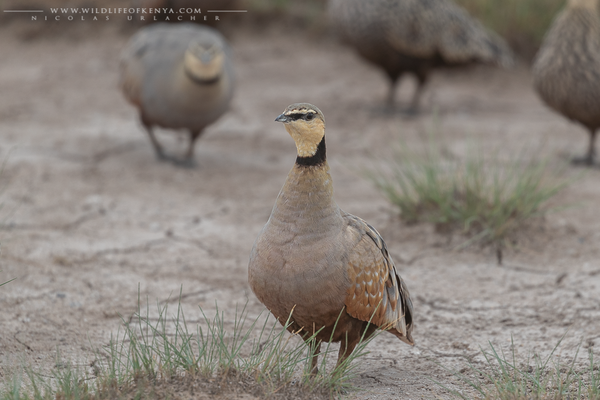 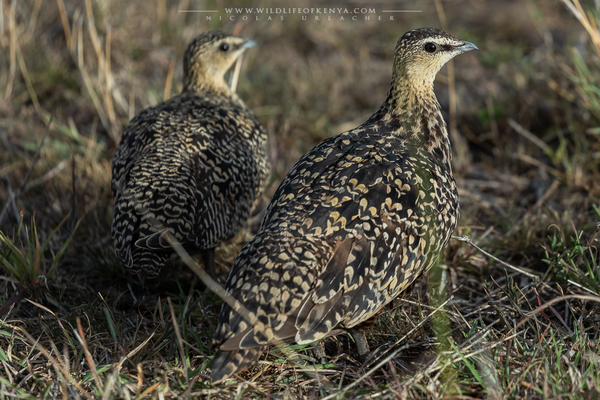 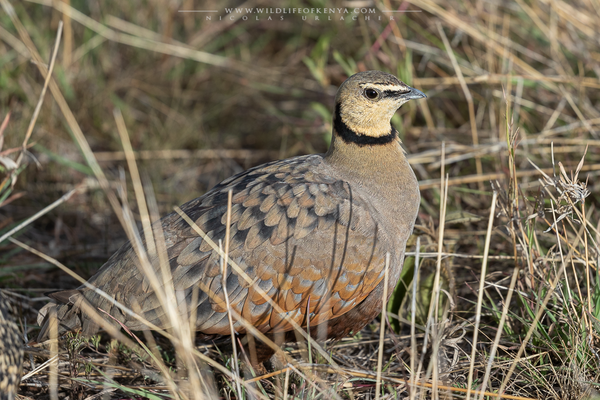 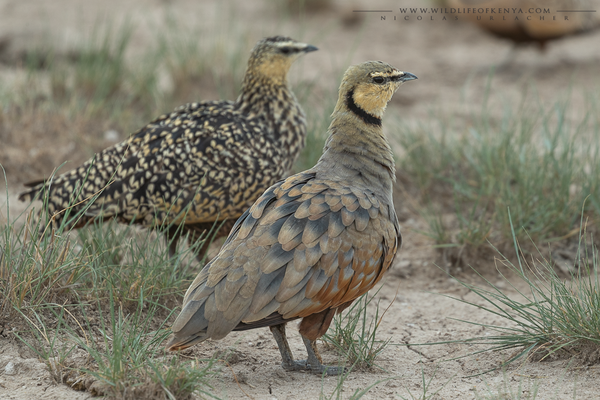 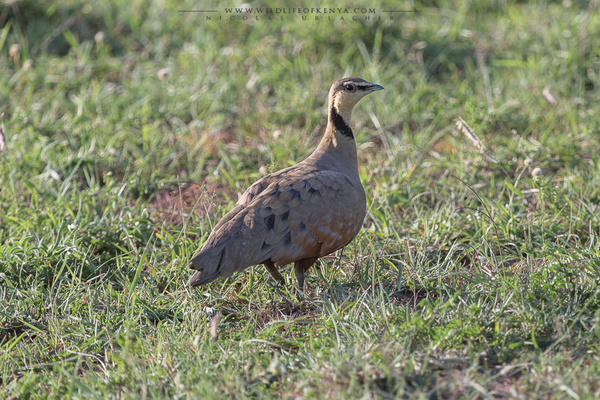 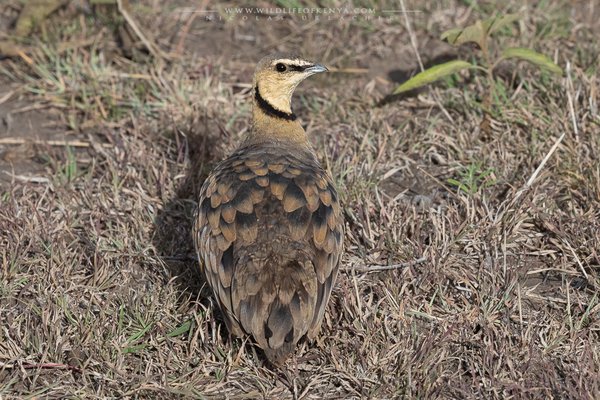 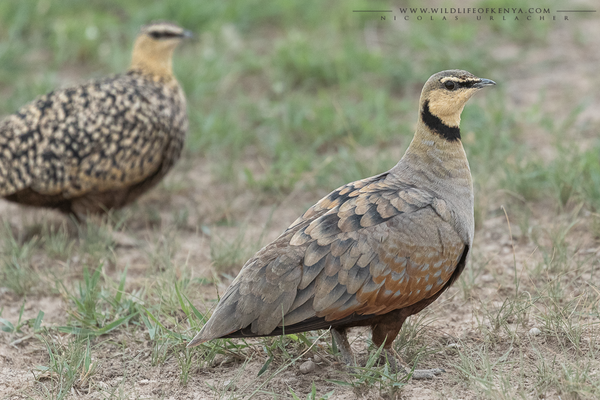 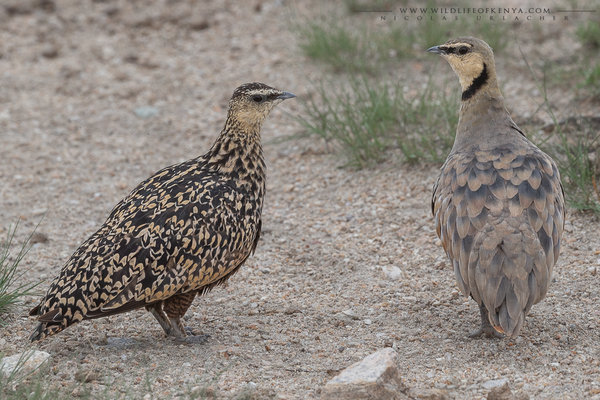 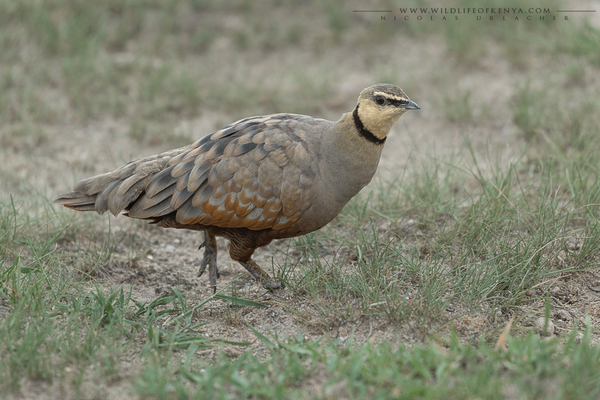 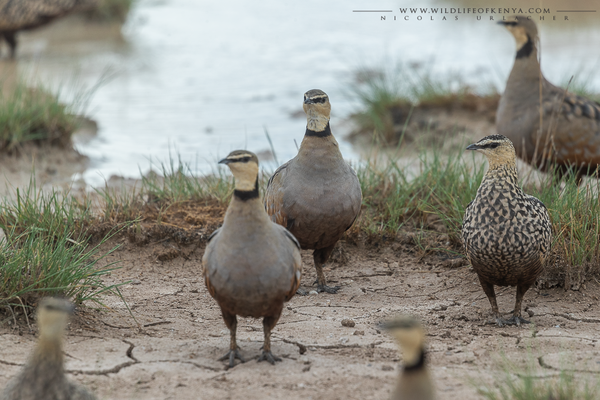 A dumpy, short-legged, pigeon-like bird that shuffles awkwardly on the ground and flies in a fast and direct manner. Larger than other African sandgrouse, it has a distinctive black-bordered yellow throat in the male, and heavy mottling and a plain face in the female. Pairs or small groups prefer grasslands, open savanna, and farmlands at middle altitudes, avoiding semi-desert and desert areas. They fly less frequently than other sandgrouse and are often detected by their distinctive call, a croaky, guttural “ke-rek ke-korr-ow”.