Back to Primates, rodents and others 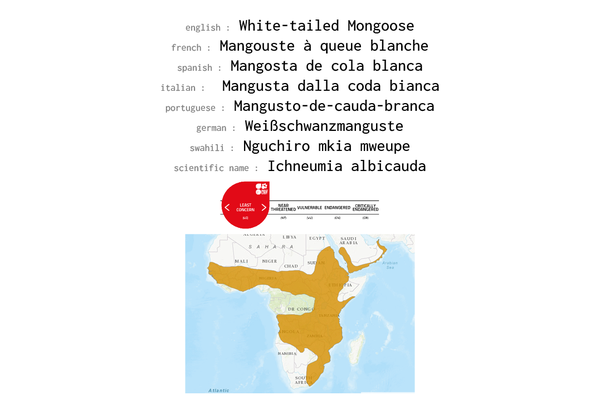 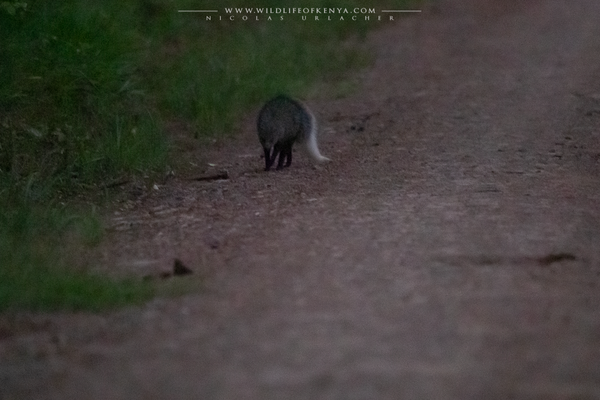 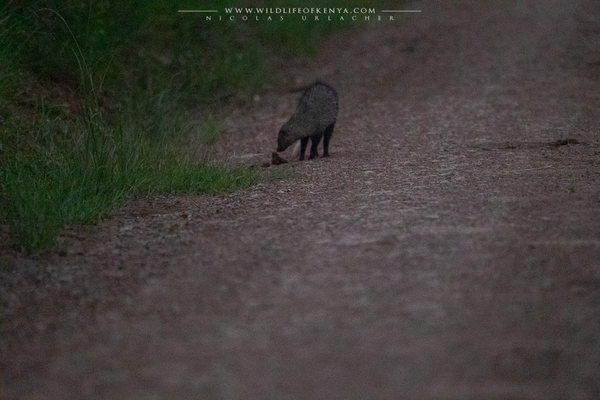 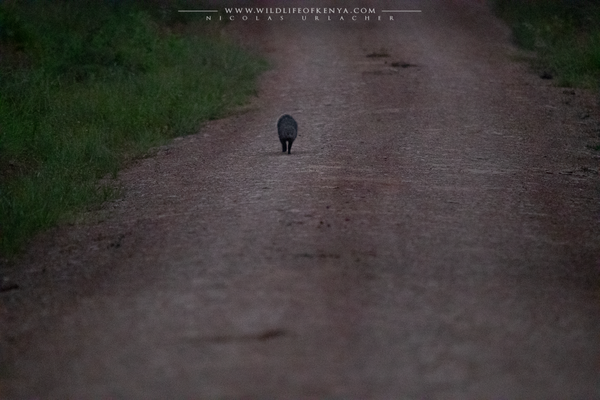 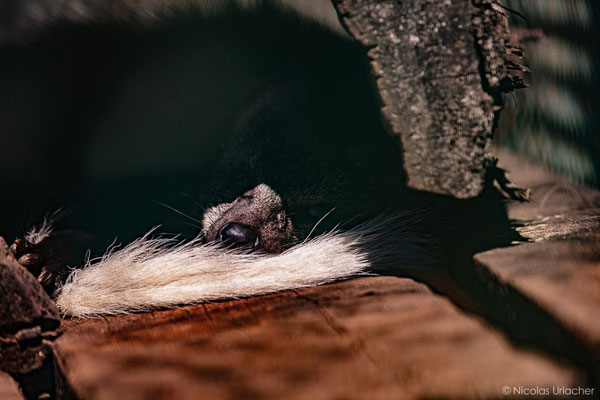 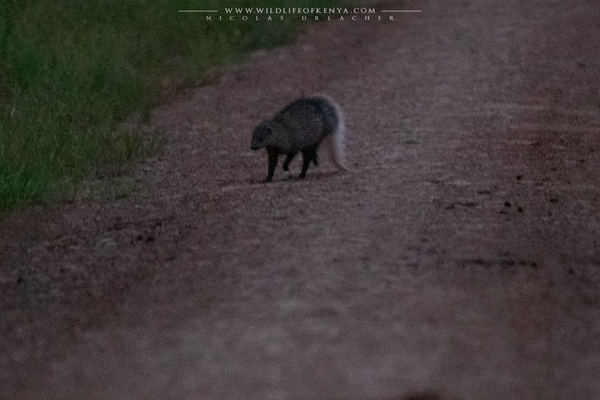 The white-tailed mongoose (Ichneumia albicauda) is a species in the mongoose family (Herpestidae). It is the only member of the genus Ichneumia. The white-tailed mongoose is primarily nocturnal and terrestrial. By day they will rest in an abandoned burrow, termite mound, or in cavities under tree roots. The average home range is 0.97 km² for males and 0.64 km² for females. Ranges of males do not overlap, but ranges of opposite sexes overlap significantly. Females either live alone with their own offspring or in a small group with other females and their offspring, although they do not associate with each other. Though they may share a range, they forage separately. They are, for the most part, solitary creatures, with the male and female only coming together to mate. Reports of groups are either a breeding pair or a mother and her offspring. These mongooses do not migrate except to establish their own territory away from their mother's range.

The white-tailed mongoose feeds mostly on insects, but will feed on a wide variety of other foods as well. Locusts, beetles, and mole crickets make up the majority of their diet. Rats, mice, shrews, lizards, snakes, small birds are also eaten, along with the occasional fruits and berries. The eggs of birds are also eaten; they will break open the egg by throwing it between its hind legs against a rock or other hard object. They have been known to raid chicken houses in areas where domestic poultry is raised.