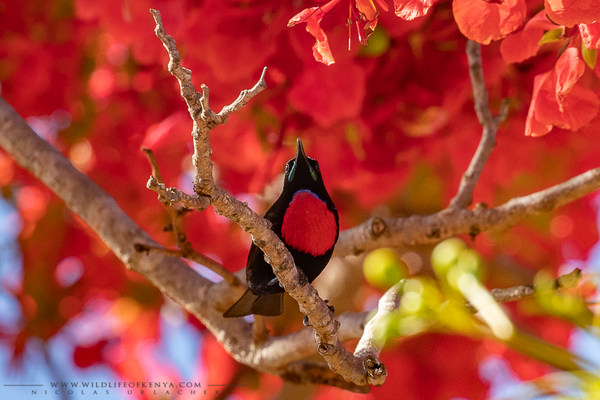 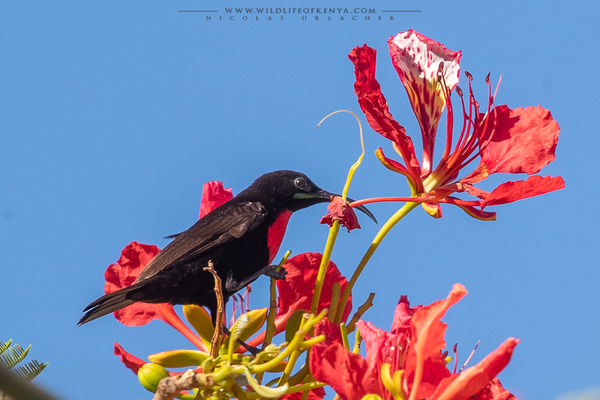 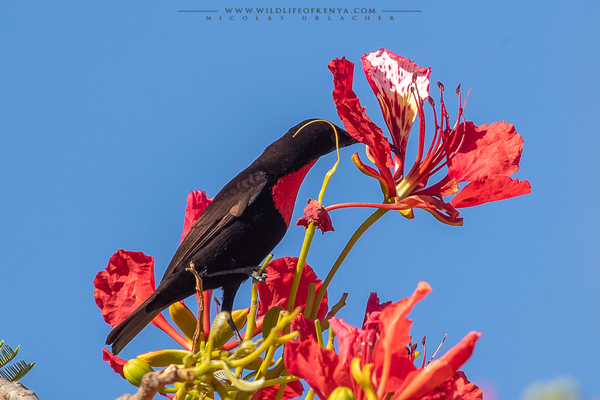 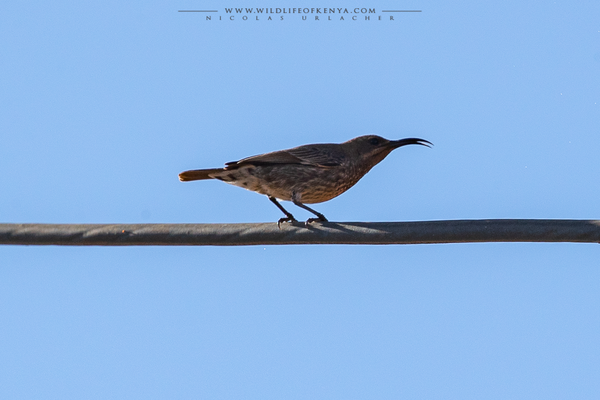 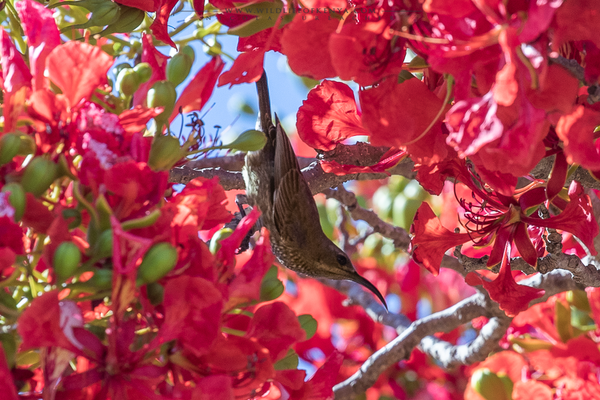 A chunky, large-billed sunbird of dry country. In poor light, males look black with a red breast. Good light reveals green whiskers and forehead and a purple shoulder and rump. Females are brown on the back with dark mottling below. Found in dry thorn savanna. Very similar to Scarlet-chested Sunbird, though generally found in drier habitat. Males are separated by their purple shoulder and rump and by the lack of blue barring within the red breast patch. Females are tricky, but average paler, especially on the underparts. The most common call is a deep “chyup,” and the song is a typical sunbird jumble.