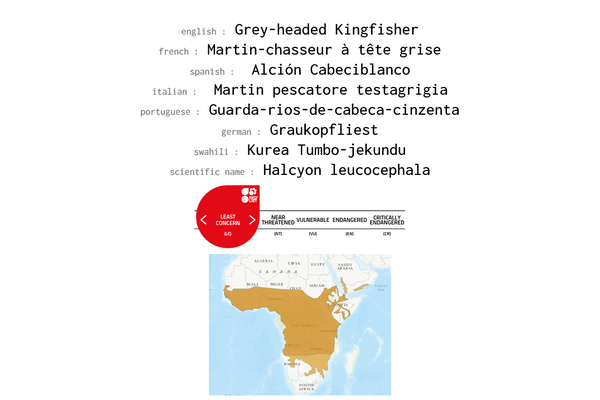 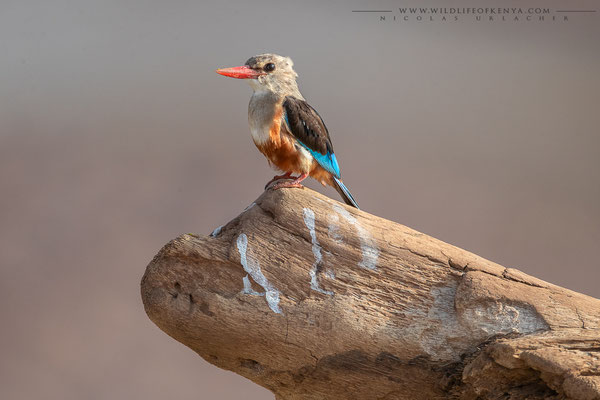 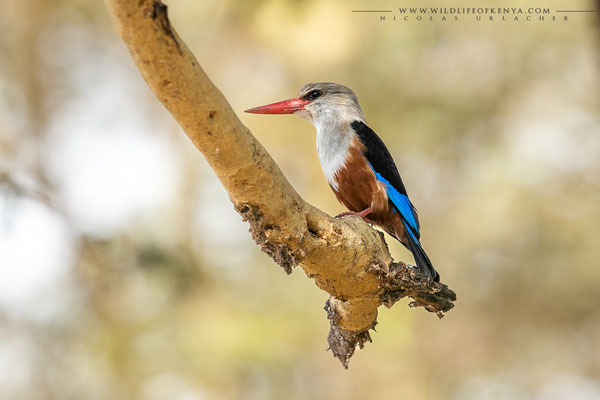 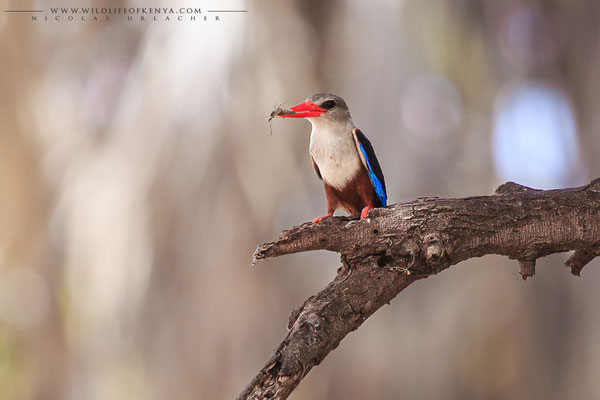 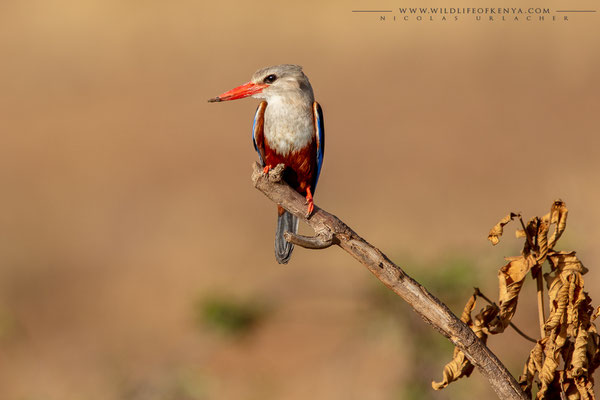 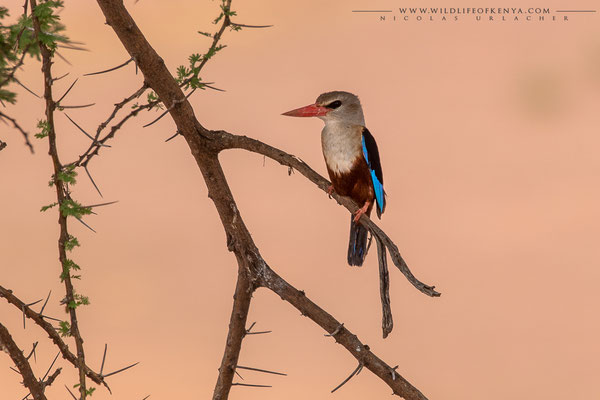 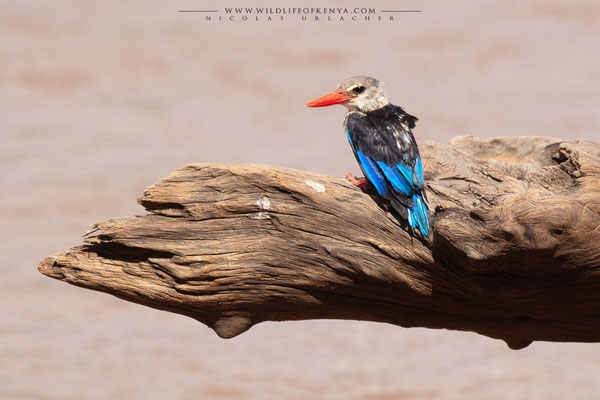 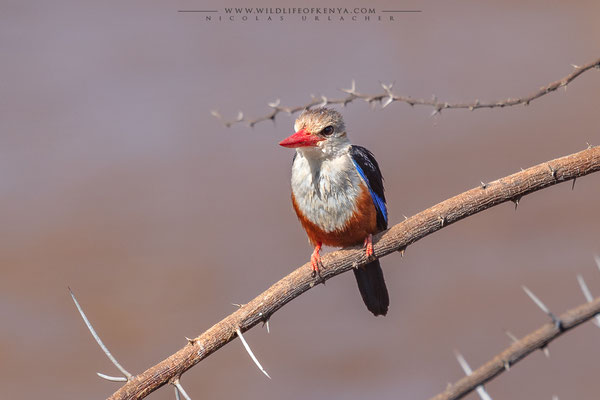 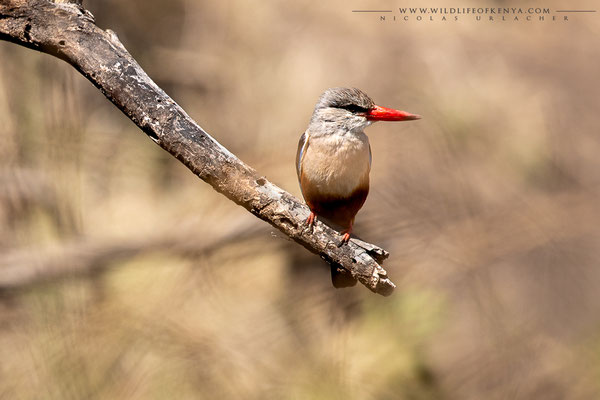 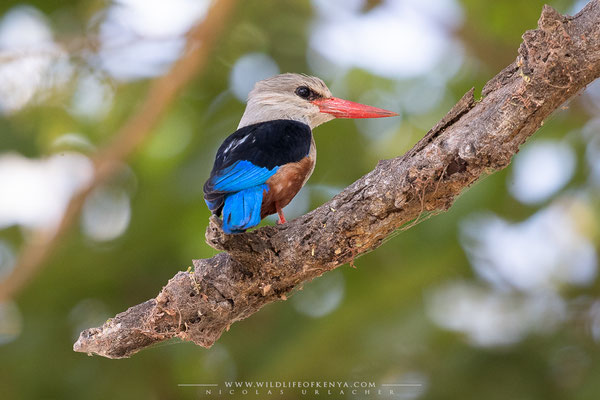 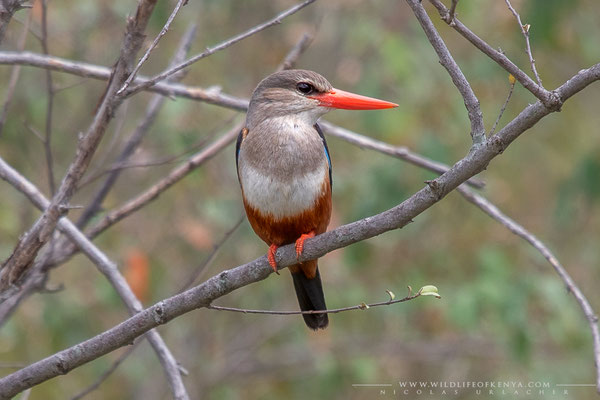 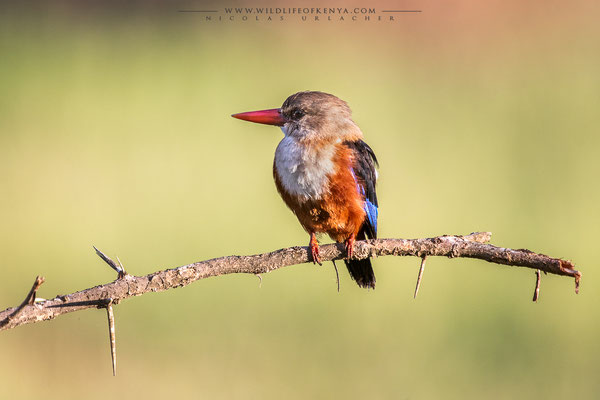 A dry-country kingfisher of scrub and woodland, solitary or in pairs, often found near water, but unlike most kingfishers is not aquatic. Perches on branch, unmoving for long periods while watching the ground for signs of insects or small lizards, bobbing head before diving on prey. In appearance very like the Woodland Kingfisher but with a red rather than red and black bill and similar to the Brown-hooded Kingfisher, but the Brown-hooded lacks the chestnut belly. Nests in holes in steep riverbanks and is aggressively protective of its nest by repeated dive-bombing of foraging Monitor lizards.