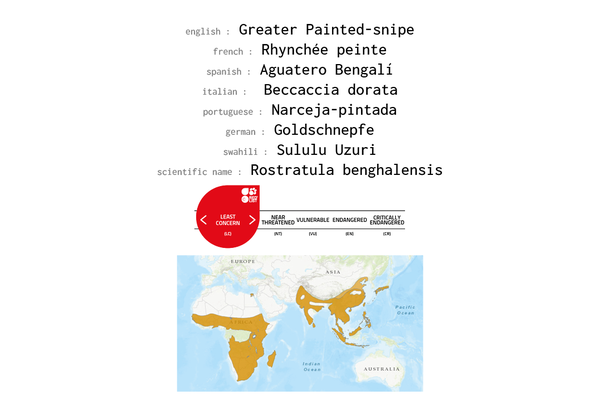 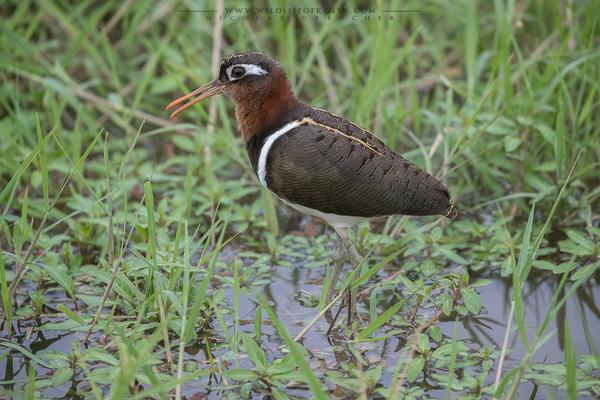 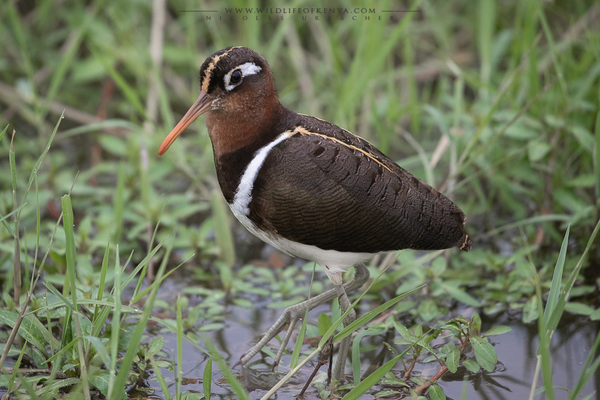 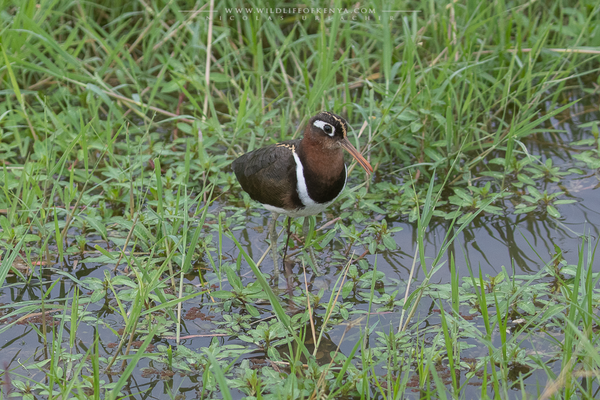 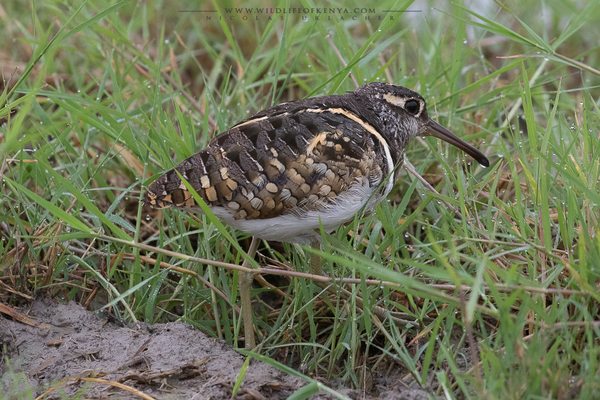 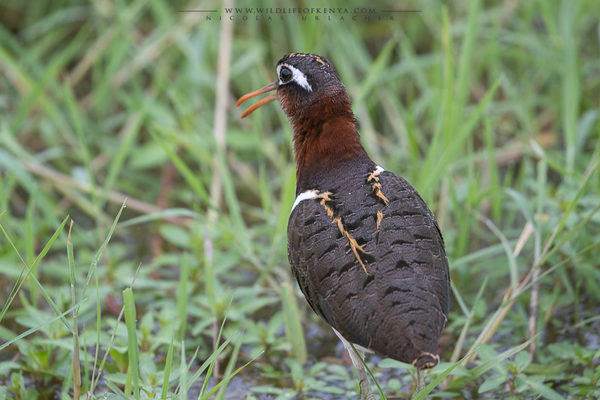 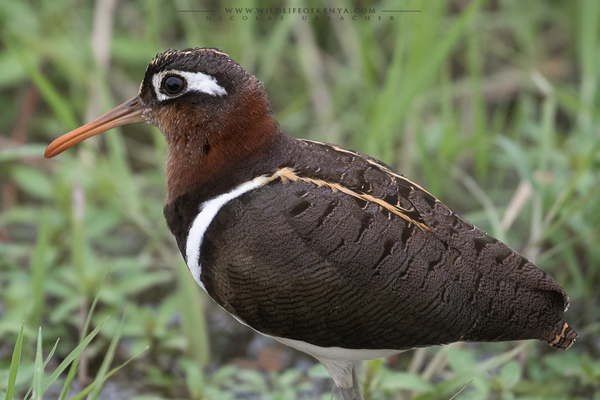 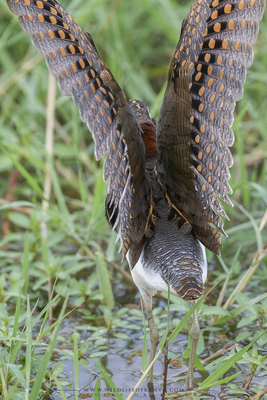 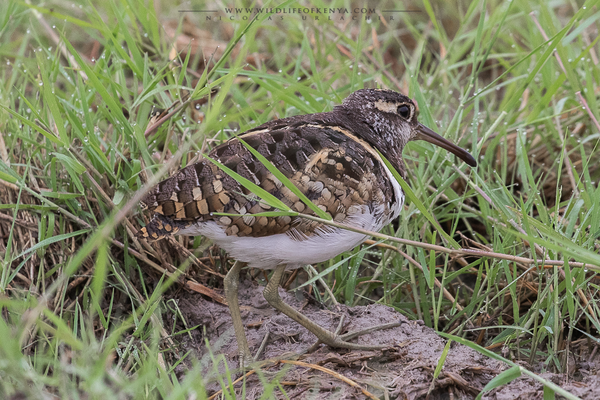 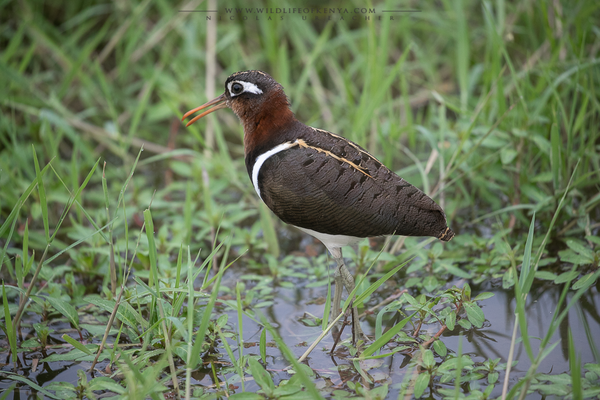 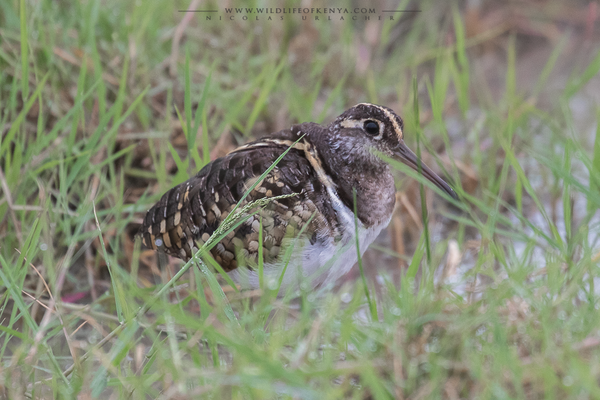 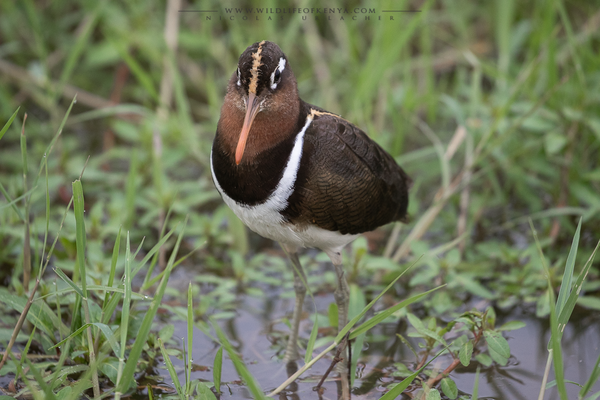 The greater painted-snipe (Rostratula benghalensis) is a species of wader in the family Rostratulidae. It is found in marshes in Africa, South Asia and South-east Asia. The painted-snipe is not related to the true snipes and differs from them in habits, flight and appearance, being far more colorful and having longer legs than the snipes. It is unusual in that the female is larger and more brightly colored than the male, with the sides of the head, neck and throat a rich chestnut brown, and a distinct black band across the breast; the male is paler and greyer.

Not a vocal species; the male at times utters a shrill trill, while the female makes a guttural ook sound as well as hissing noises during breeding displays.

Usually found close to the fringes of reed beds along shorelines of marshes, swamps, ponds and streams.

Solitary or in pairs, sometimes in groups of up to 12. Rather shy and retiring, skulking close to the vegetation so that it can retreat to cover if disturbed. When flushed, flies like a rail with legs dangling. Bobs hindquarters on landing and sometimes when walking. Probes for food in the mud. The female initiates courtship and may mate with more than one male. The male incubates the eggs and takes the parental care. They feed on insects, crustaceans, molluscs and seeds.